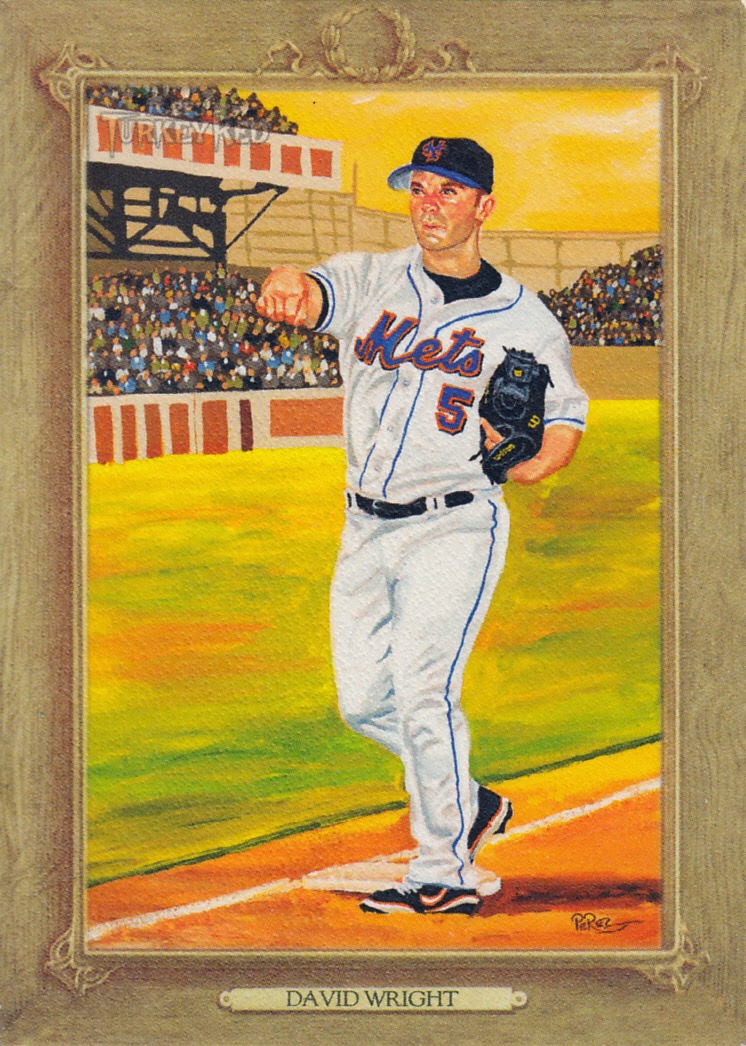 After many months of enjoying Zistle from the standpoint of tracking my collection and adding card images, I finally got my first taste of the site's trading capabilities.

Not sure what took me so long.  After all, the site make it super easy to craft and propose trades with fellow Zistlers.  So, when member John H. (aka "MiJohn") contacted me regarding a potential exchange, I was pretty excited to pull the trigger.

I wound up netting nine new cards towards my Mets collection, including the ready-for-framing David Wright Turkey Red card above. 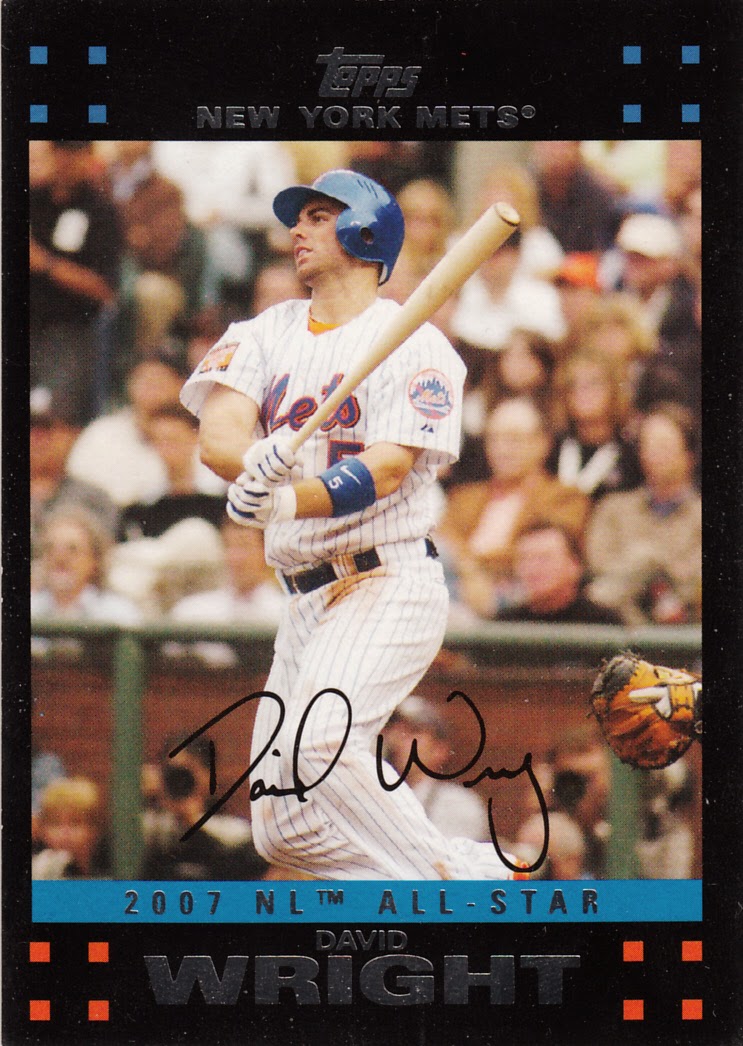 And another card of the Mets captain in the form of this 2007 Topps Update All-Star issue.

Then there's the 'bullpen' portion of the trade package... 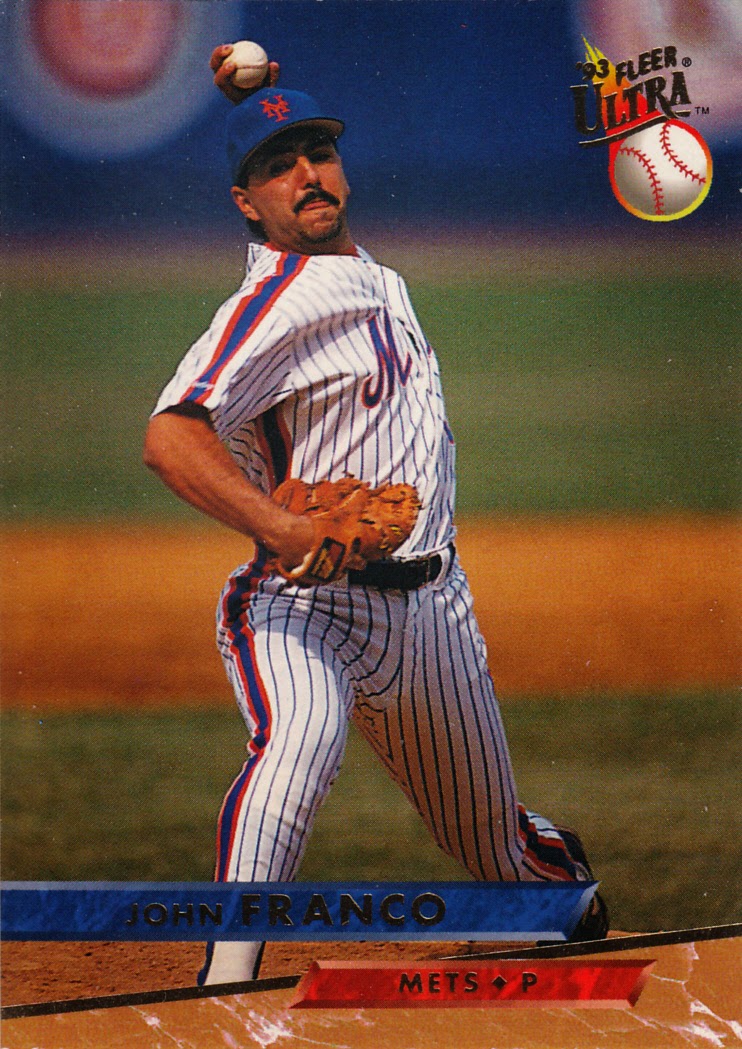 Not sure how I didn't already have a copy of this, but...well, I didn't 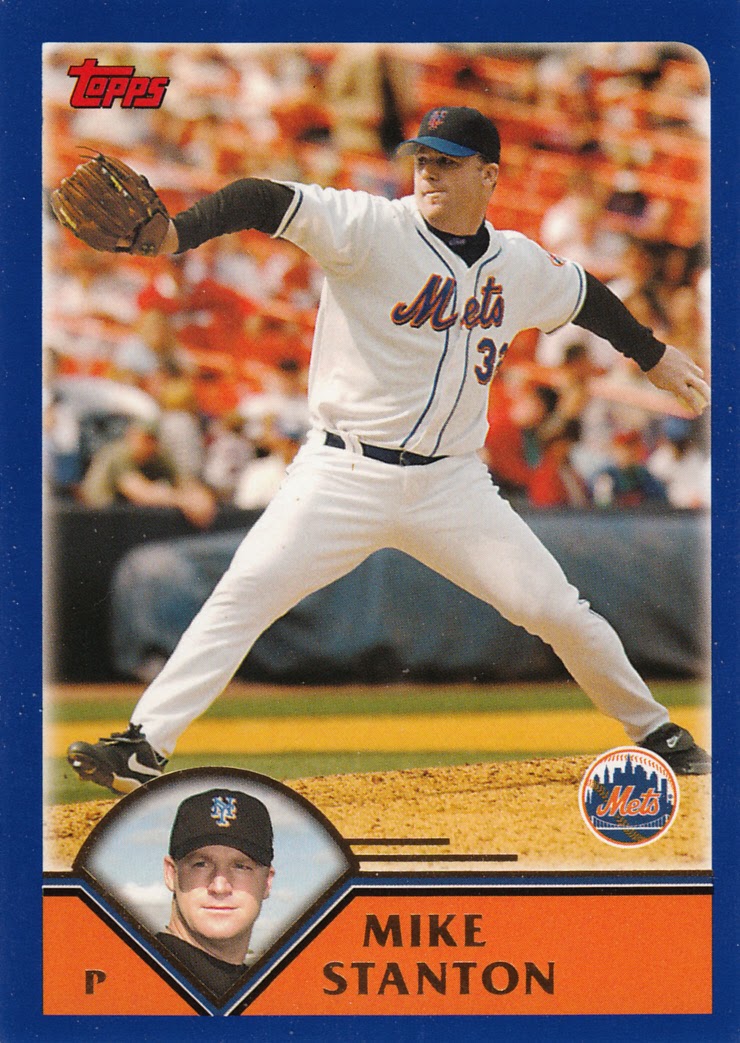 Topps Traded cards from the early '00s are pretty rare to come by, at least I've found.  So I'm happy to cross this one from 2003 off my want list.  Even if it is just the non-exciting Mike Stanton. 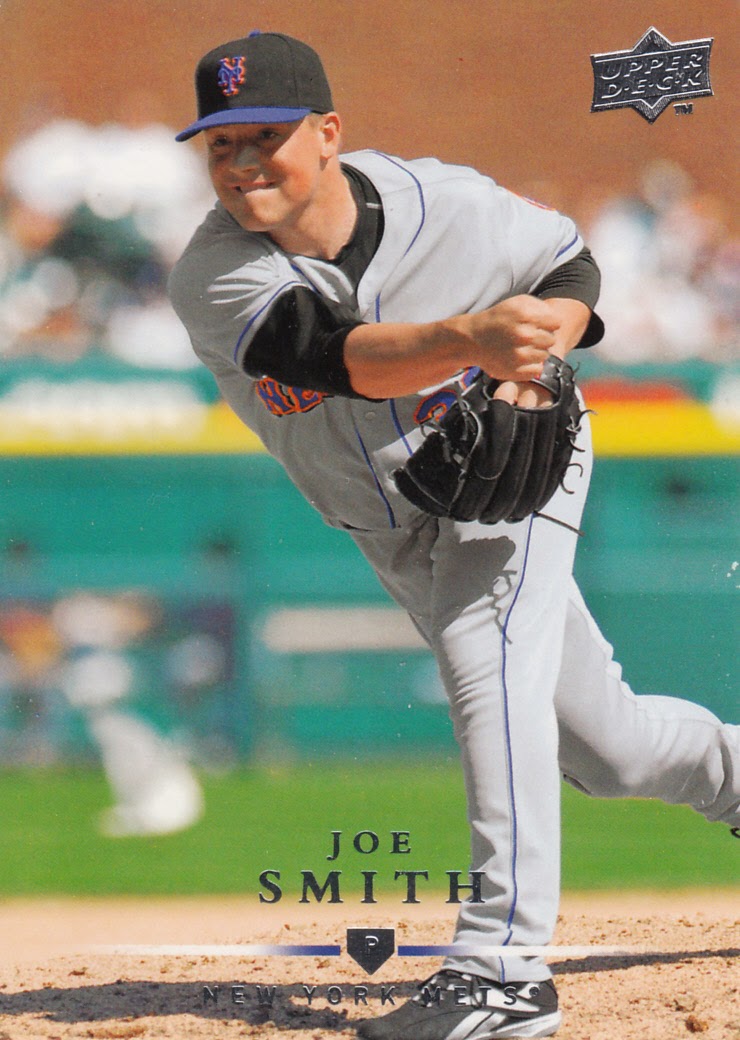 Side-arm hurler Joe Smith continues to be a productive right-handed arm out of the 'pen, pitching nowadays for the Angels. 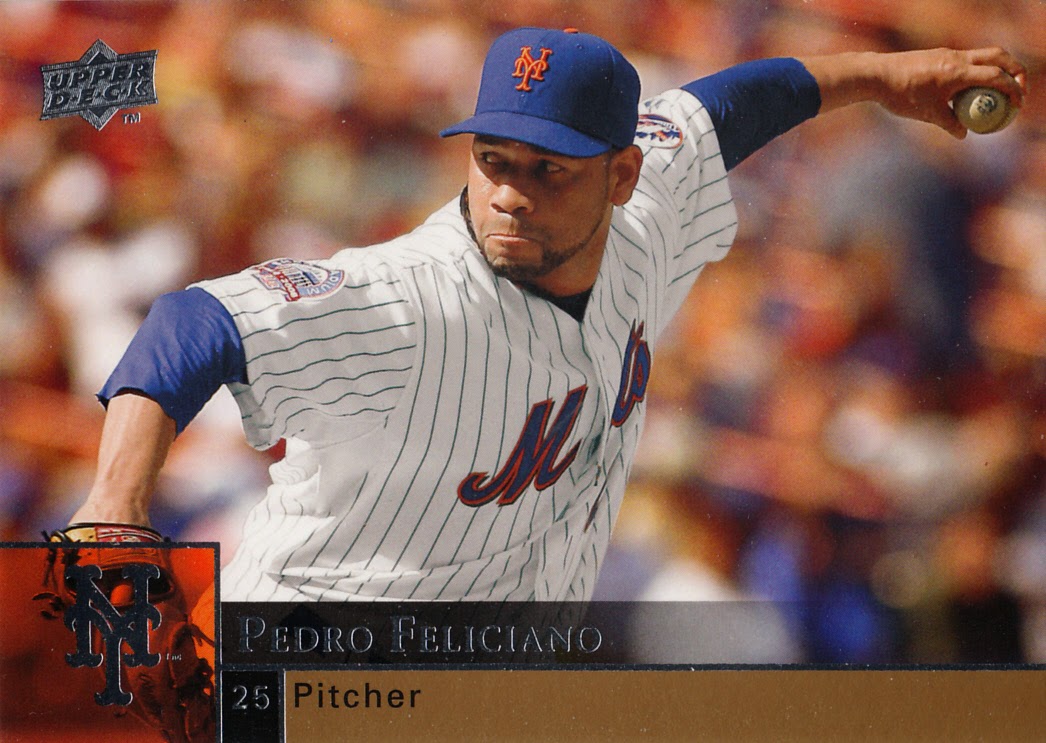 And then there's ol' Perpetual Pedro, who pretty much pitched every other day when he was a member of the Mets bullpen. 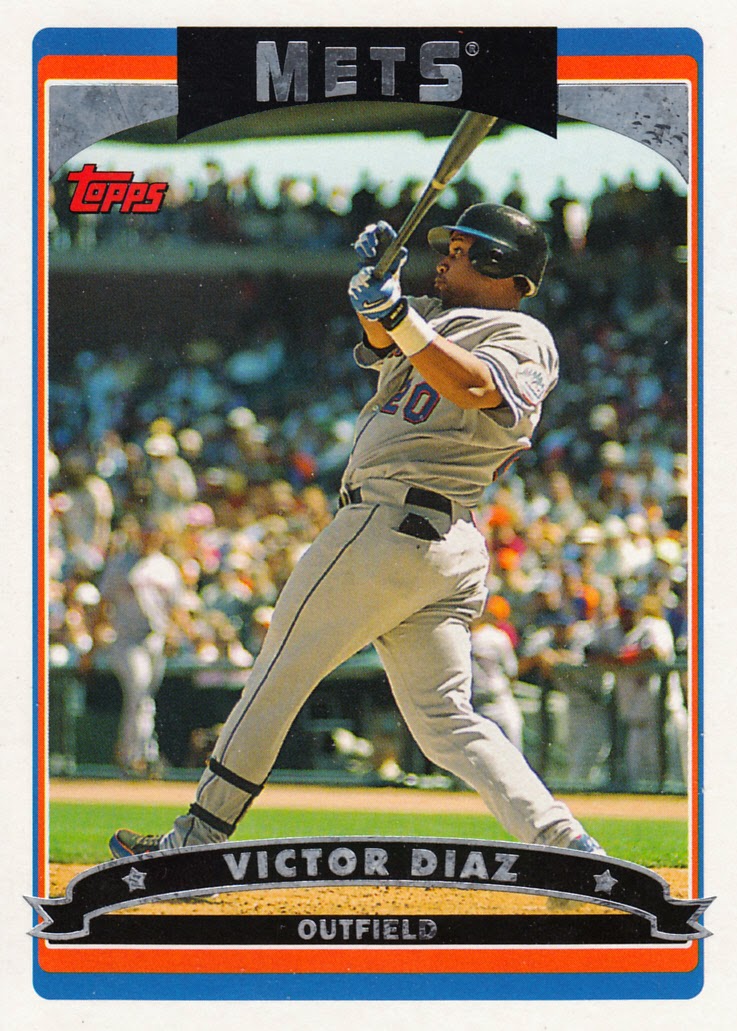 Diaz acquired the nickname "Mini Manny" in sport talk radio circles for a hot second because his body type was somewhat similar to the immortal slugger Ramirez, plus he absolutely raked in the minors.  He had brief -- and I mean brief -- flashes of Manny-ness in the big leagues, but never panned out.

And, back to the "How the Heck Didn't I Already Have These?!?" department... 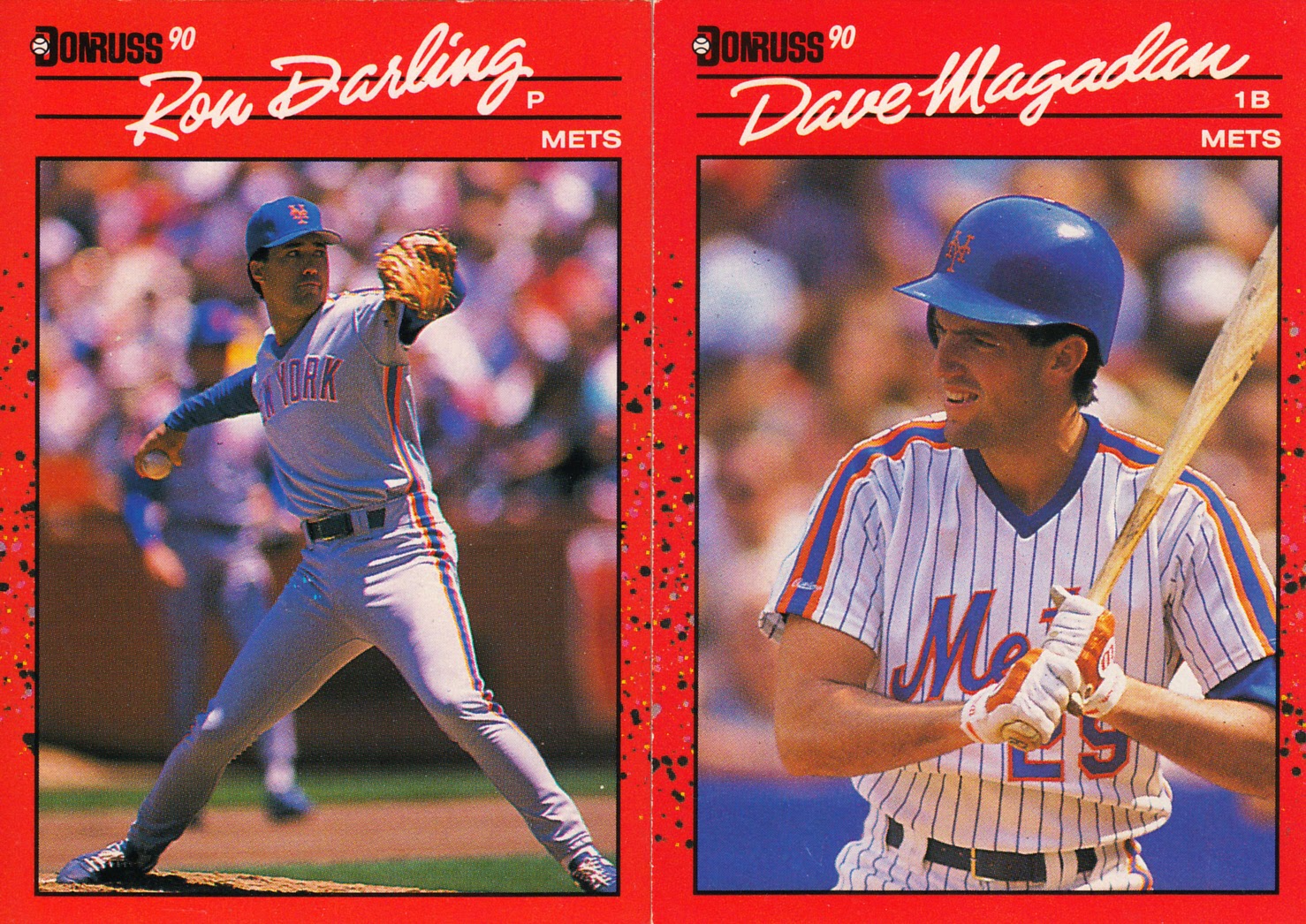 I swear I had both of these cards at one time.  In fact, I'm quite sure I had an old shoe box filled with nothing but copies of Magadan's '90 Donruss card.  Yet, both of these were missing from my collection.  Now that I think about it, I seem to recall selling off a big box of junk wax cards (mostly '88 and '90 Donruss, '91 Fleer and '88 Topps) for a quarter or two at a garage sale a dozen or so years ago.

So there you have it.  Nothing that would make front page, above-the-fold news, but a helpful trade nonetheless. More so functional than flashy, but there's nothing wrong with that.  Anytime you can turn duplicates into new-to-you cards, it's a satisfying experience.

My first of many Zistle trades, I hope!