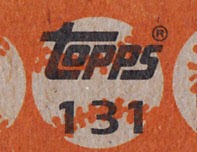 Good Lord, it's been forever and a day since I've done one of these.  If I was in the business of making a New Year's resolution or two, one certainly would be to be more diligent in my efforts with this feature.  It's a fun feature for sure, but I guess I'm just too lazy.

Anyhow, let's get down to business.  Random.org plucked the following card number for today's post: 131. Sounds harmless enough, right?  So let's take a look at what this seemingly innocuous number yields from the Topps years of 1987 through 1990 (aka my childhood card-collecting sweet spot).


Geez, Sid Bream, have a sense of humor, would ya?  I was always amused/confused by this card as a lad, since it appears Bream and Tony Pena have an Oscar and Felix kind of thing going on here.  Like, you know, Sid is sooo done with Tony's sophomoric hijinx or perhaps his unwillingness to shoulder the burdens of life's serious responsibilities.  Or something.  Topps sure did have a way of choosing odd photos for their team leaders cards, didn't they?  Hey, Stat Man:  Bream led the '86 Bucs with 73 runs and 37 doubles.

I love the Mets and I love '88 Topps Mets.  Don Schulze isn't excactly a name you associate readily with this era of Mets baseball.  I mean, isn't this the guy who drew the Peanuts cartoons?  This is Schulze's first and last Topps card as a Met.  It also happens to be his last Topps card, period.  Pretty decent photo, bitter beer face and all.  Hey, Stat Man:  Allowed one run on three hits over 6 1/3 IP for lone victory of '87 season (Jul. 20 vs. ATL). 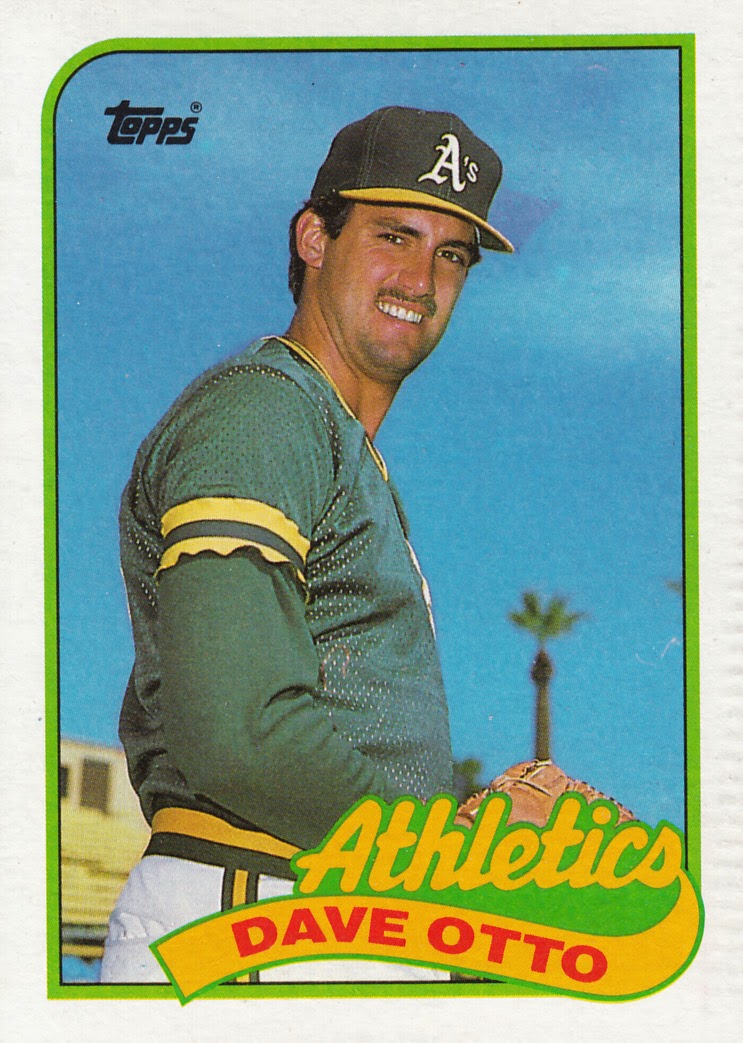 A goofy smile, a mesh jersey and a single phallic palm tree in the background.  This is the stuff of late '80s Topps commons.  Gotta love it!  This happens to be Otto's rookie card, if such minutia amuses you.  His next Topps card didn't appear until the '92 set when he was a member of the Tribe.  That would also be his last Topps card.  Hey, Stat Man:  Fanned seven batters over 10 IP for the A's in 1988. 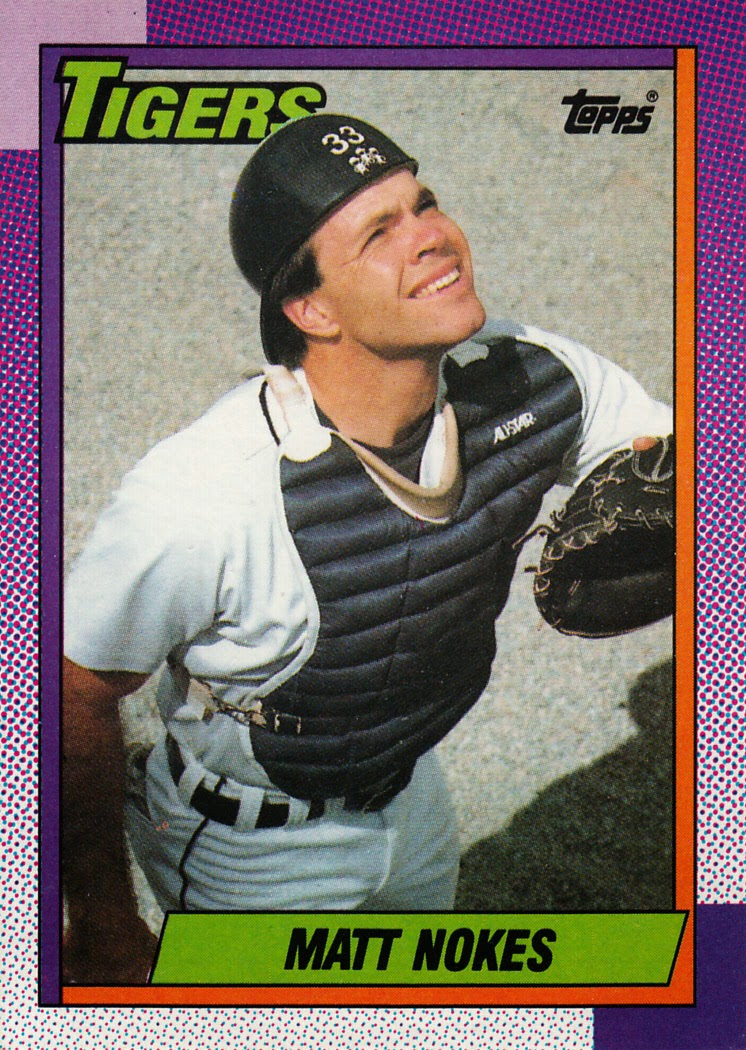 In order to understand and/or appreicate it, you pretty much had to be 12 years or younger when '90 Topps came out.  I was 9, so I was completely down with it.  Otherwise, there is no possible way I could look at a Detroit Tigers card festooned with notes of lime green and shades purple and think, This is a pretty great card.  If you can block out the borders and fonts, the photo is pretty terrific.  Hey, Stat Man:  Clubbed nine homers with 39 RBIs for the '89 Tigers.

And the Winner Is:  I put my Mets bias aside and go with the '90 Nokes because it's a tremendous photo. Love the angle and the use of shadow.  It's all very artsy in an NYU film school dropout kinda way.