Cool Your Jets, Kenny (aka Cards from Nick) 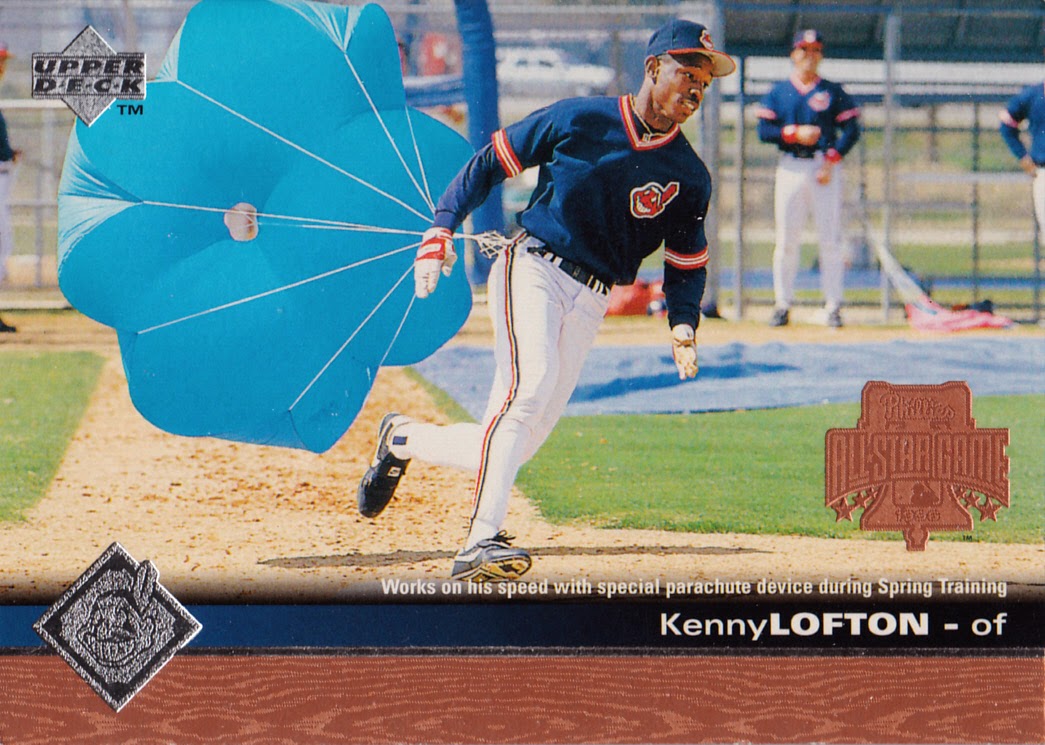 A card this good could only have come from one place.  And it's a card I've seen featured on his blog a couple times previously.  Rightly so, of course, since it's one of those cards that you see once and you marvel at because it's so freakin' strange and wonderful.

The individual I speak of is Nick, the Dime Box maven himself.  This was part of a recent PWE that he floated my way.  The bulk of it was Mets cards, but he included a few non-New York gems such as this horizontal Kenny Lofton classic from 1997 Upper Deck.  I mean, if this card were a movie, it would be considered a cult classic.  Like an Attack of the Killer Tomatoes type of thing.  Or Big Trouble in Little China.  Or whatever.

Needless to state (but I will) this one is a slam dunk for inclusion into my ongoing Horizontal Heroes frankenset. Which reminds me, I owe everyone another completed page of that thing one of these days.  That and another Four Topps feature, which I haven't done in a thousand years.  And I gotta do my taxes, too, while I'm thinking about it.  And, I should also...  Oh, sorry.

So what other cardboard knickknacks did Nick have in store for me?  Glad you asked! 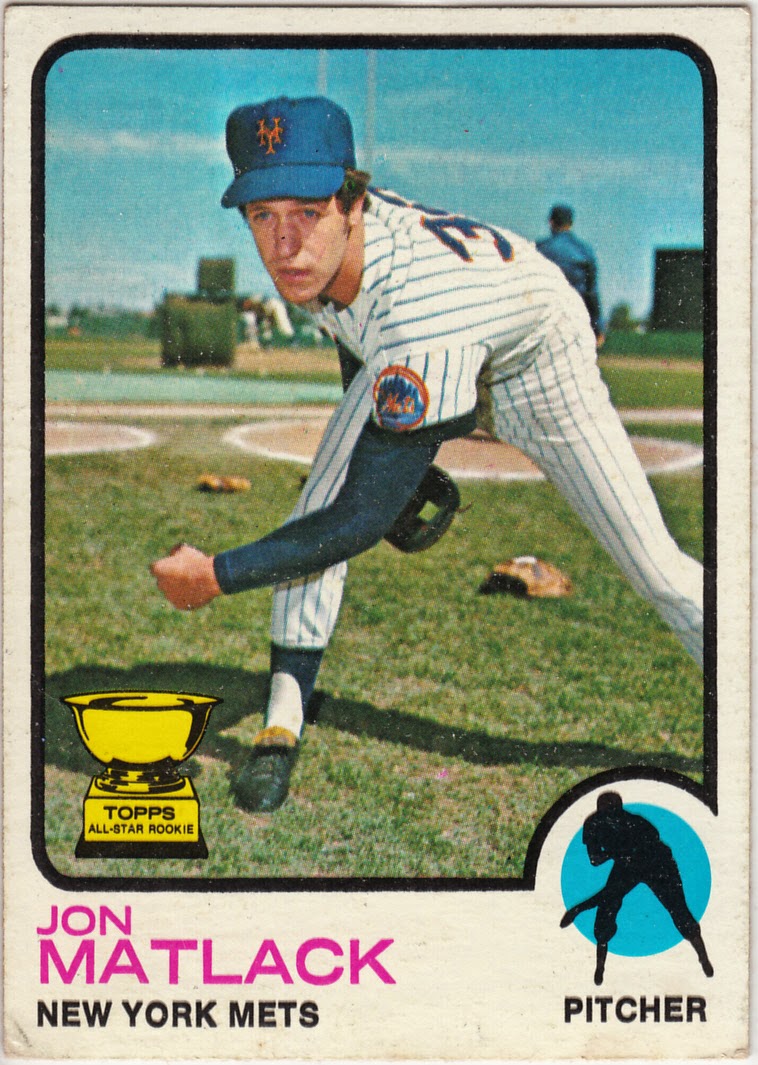 I was super stoked to find this card looking at me upon opening the envelope.  It's my second card of Matlack, and it's a Mets card I've badly wanted to add to my collection for some time.  Obviously, '73 Topps is an awesome year, plus, y'know, the Rookie Cup.  Oh, and Matlack, who won 82 games in a Mets uniform and nabbed the '72 NL ROY award, was no slouch, either. 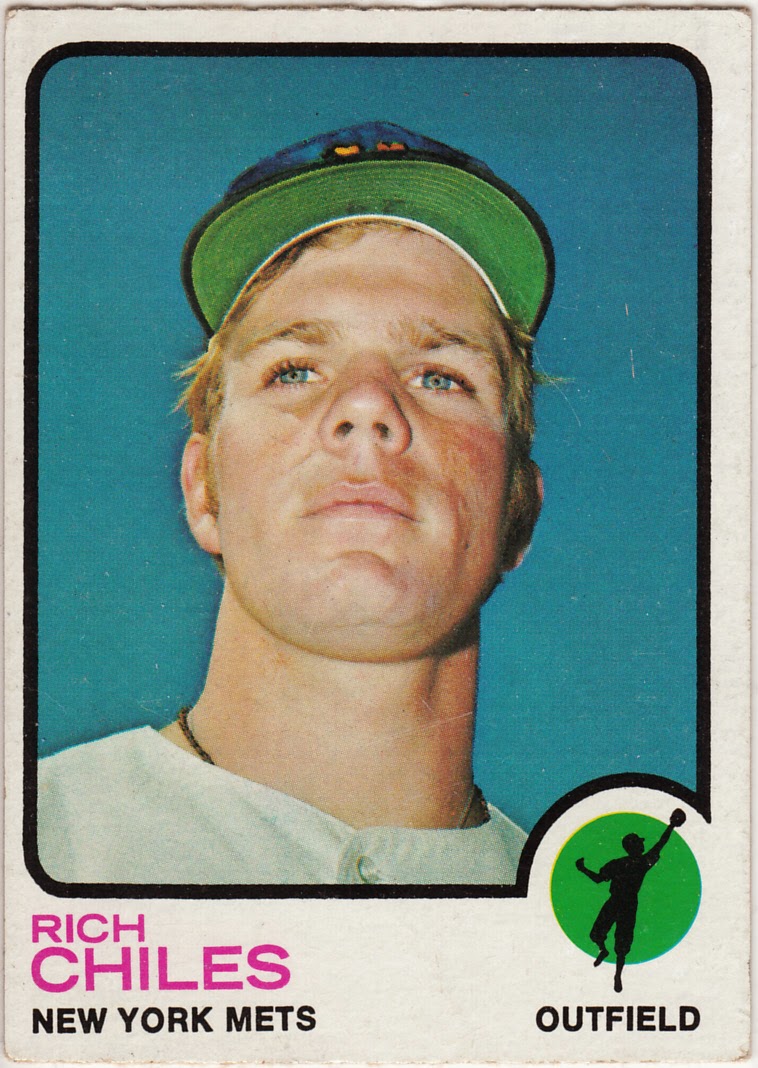 Keeping with the '73 theme, it's my first card of Rich Chiles whose Mets career spanned exactly eight games during the 1973 season.  It's cards of guys like this that make it fun to be a team collector.  And, to think, before blogging, I wasn't much of a team collector at all.  What was I thinking?! 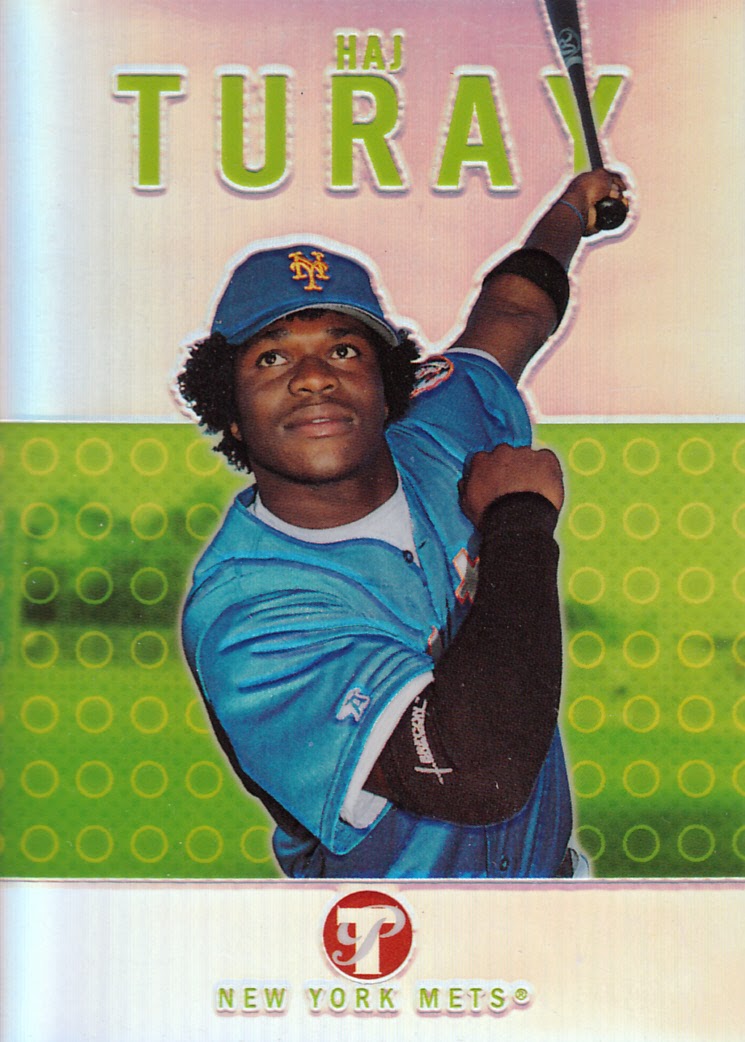 Then you've got a guy like Haj Turay.  What a name, right?  Short for Alhaji, Haj was a second-round pick of the Mets in 2001 who never rose above Double-A and was bouncing around various independent leagues by 2007. Though he never suited up for the big club in Queens, it's still cool to have a card of an obscure guy like this for your collection. 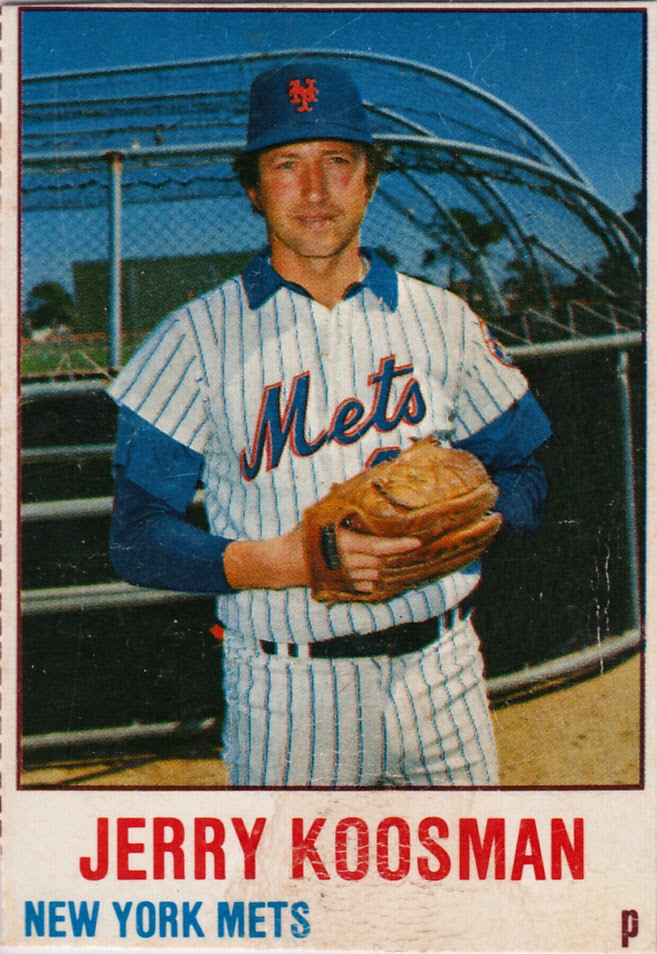 Okay, back to the big guys, like World Champion Jerry Kossman, featured here on a 1978 Hostess cut-out card. Oddball cards are fun, and it certainly doesn't get any better than this one. 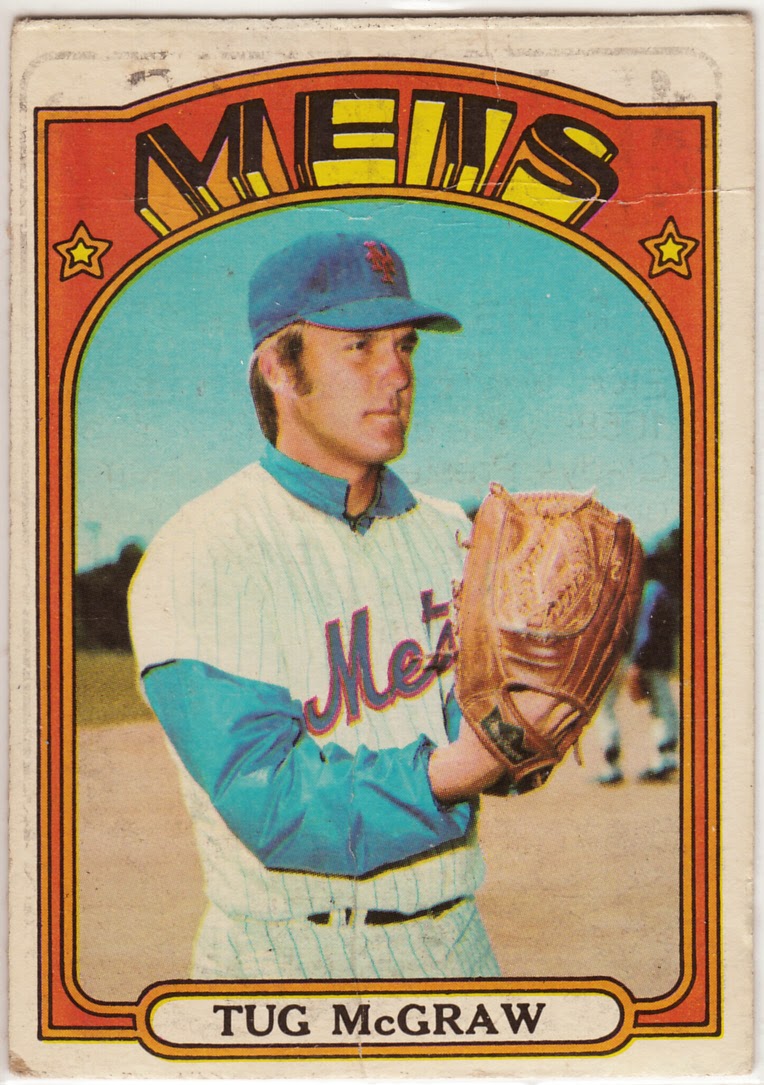 Another name we all know and love, the late Tug McGraw.  A well-traveled copy of Tug's 1972 card is a welcome addition to my collection. 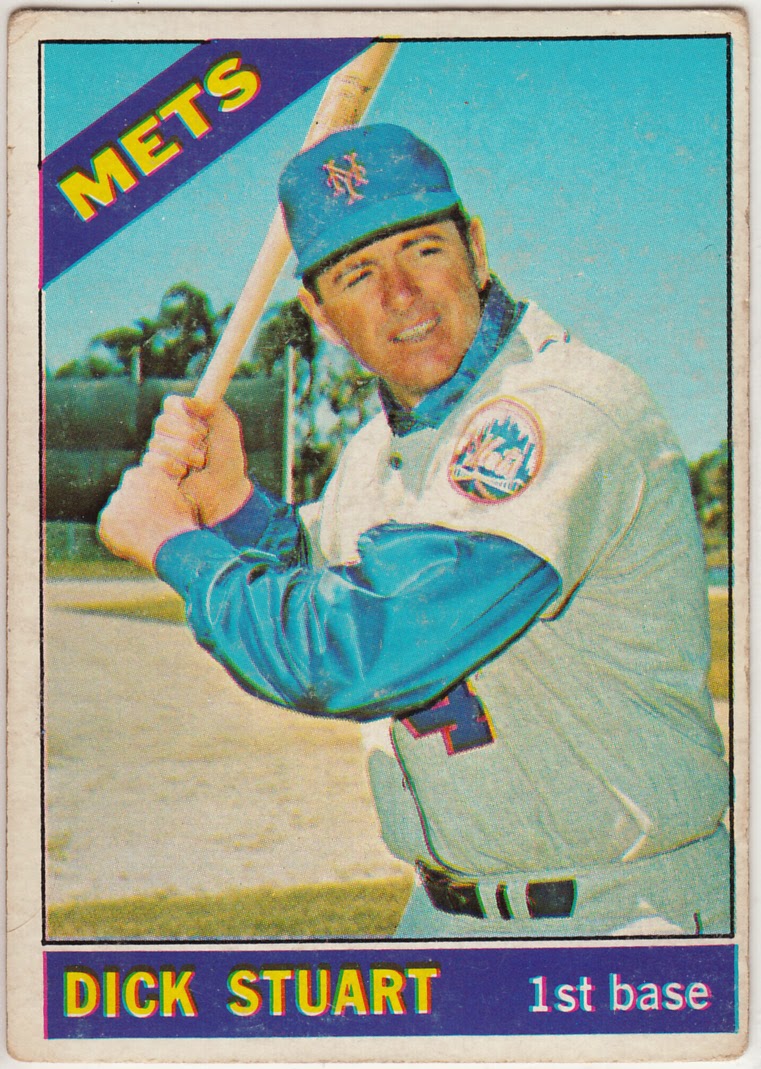 Another first for my collection, as in my first Mets card of Dick Stuart.  Like Chiles, Stuart spent a New York minute in...uh...New York.  The entirety of his Mets career was a 31-game stretch in 1966, a season in which he was released by June 15.  The former Pirates All-Star hit .218 with four homers as a Met.

Okay, let's look at a few more non-Mets before we part company... 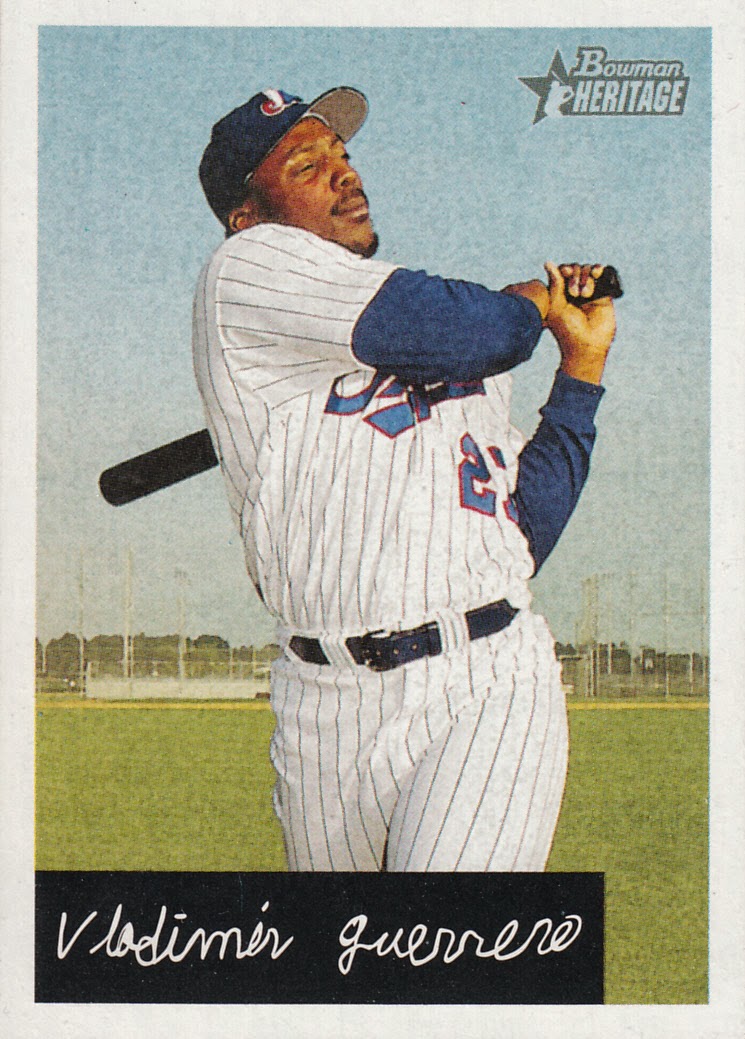 Nick, a fellow Vlad collector, has a knack for consistently hooking me up with fantastic cards of the former All-Star and future HOFer.  (Bowman Heritage was a nice product, was it not?) 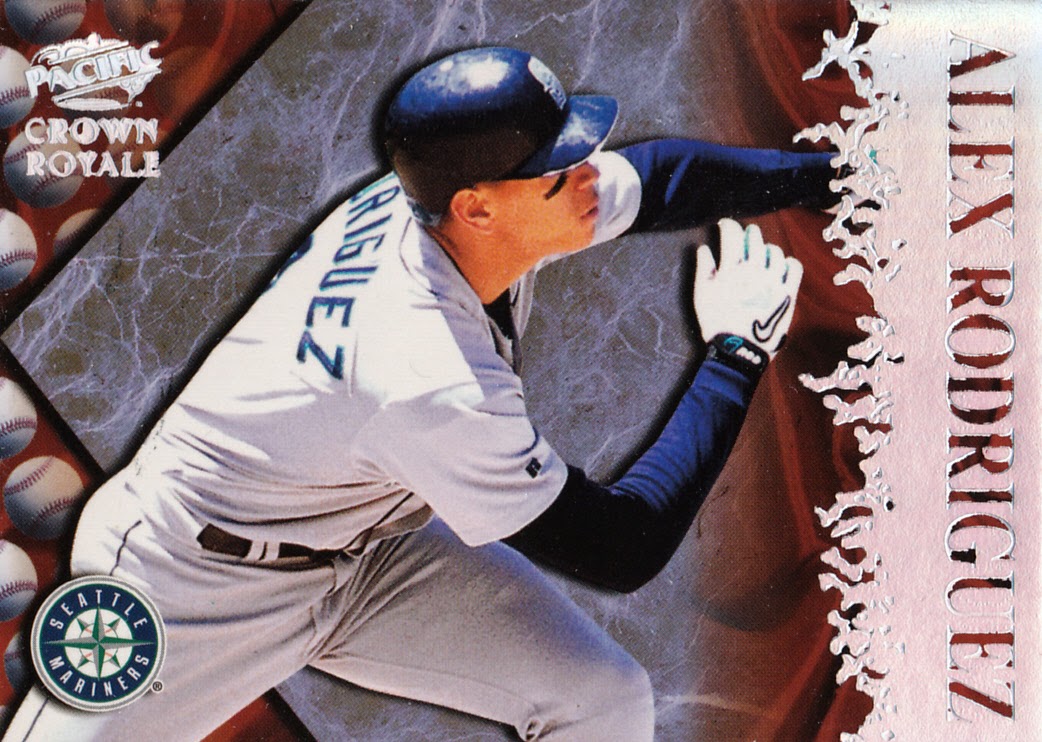 Ditto for cards of A-Rod. 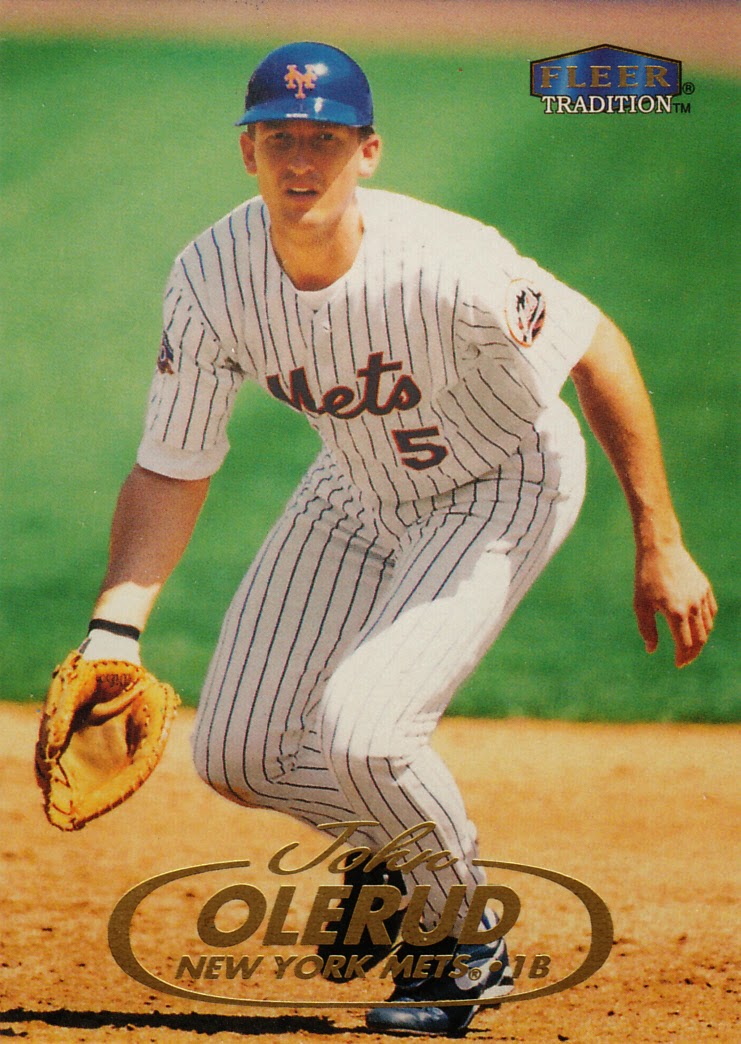 And we finish up with a card for the Gabe collection... 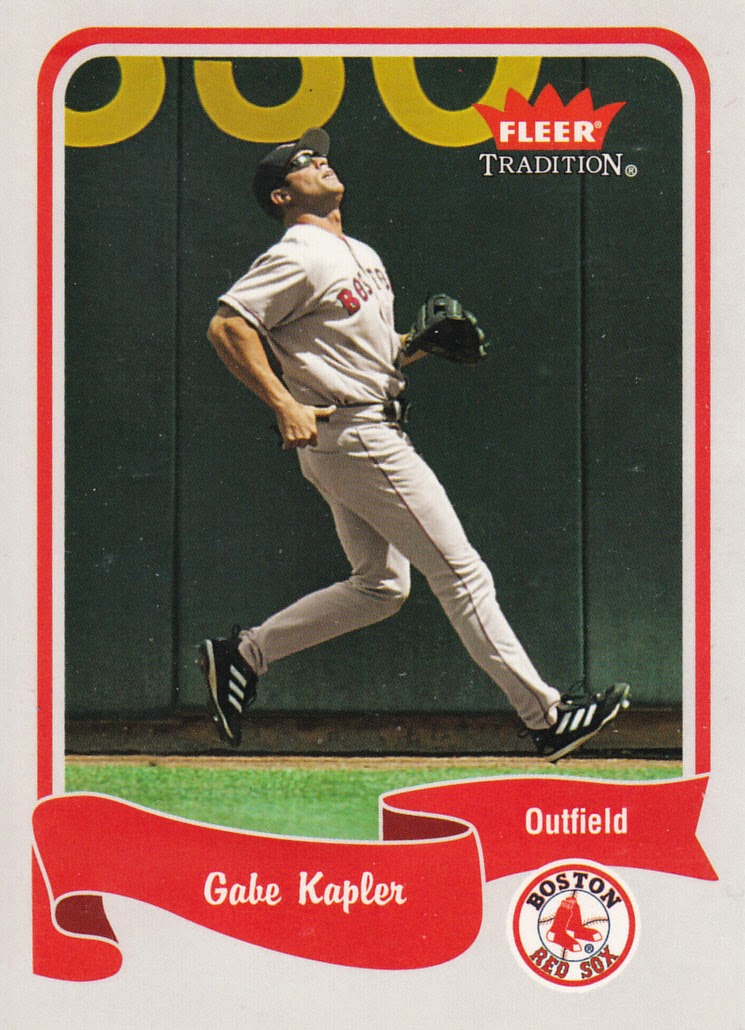 Nice!  I love Fleer Tradition, and this one features a great photo of Mr. Kapler.

Thanks, as always, for a great array of cards that touched on many corners of my collection, Nick.  I've got a fresh PWE heading your way in the near future!