The Doctor Is In 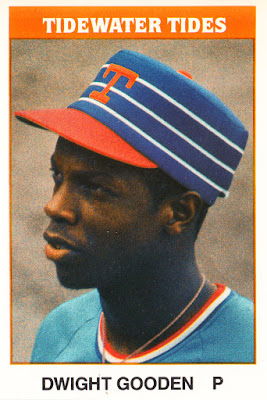 The Mets are about to embark on their first World Series since the year 2000 and will be looking to claim the crown for the first time since 1986.

One of the cornerstones on that '86 team was, of course, Dwight Gooden.  Unfortunately, drug abuse got the better of Doc beginning that season and he would never reclaim the form of the young phenom that stormed the big leagues the prior two campaigns.

I try not to focus on Doc's downfall, rather choosing to remember the dominance of his early years.  The card you see above -- for which I've built a mini shrine in my sports room -- does a pretty good job of turning back the clock to when Gooden was an electric flame-throwing teenager mowing through minor league lineups.

This amazing card was the centerpiece of the latest PWE I received recently from the amazing Shane of Shoebox Legends. 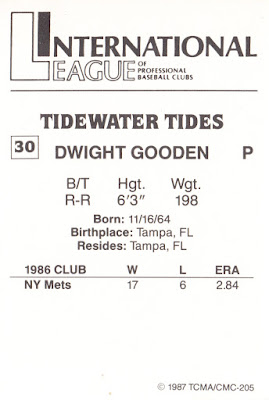 The card was produced by TCMA back in 1987.  It's kinda strange that they were printing minor league cards of Doc, considering he has been in the big leagues for three years already.  Nonetheless, it's a tremendous card; one that I've had my eye on for a long time now.  Shane has a great knack for reading my mind, I guess, since he very often pegs a card that's been on my radar.

The rest of his latest PWE was equally fantastic, featuring a sweet assortment of Mets spanning the past three decades. 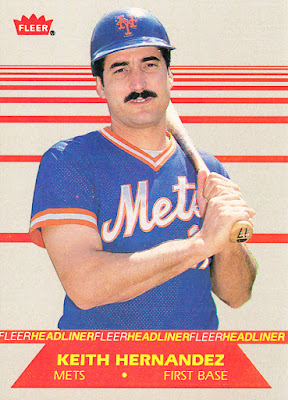 This isn't one of Fleer's best insert designs.  It's as if Mex has entered the fourth dimension or something.  Or he's trapped inside the motherboard of an early Apple computer.  In spite of this, I still really like this card a lot. It's Keith, after all. 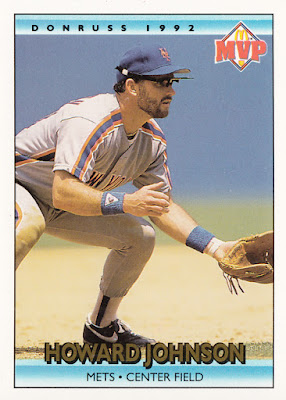 A McDonald's oddball of HoJo gets major points, obviously. 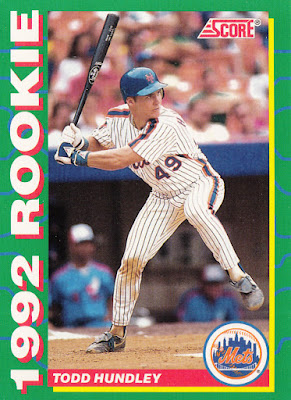 Love this one!  It's part of a special 40-card set produced by Score in 1992, highlighting the top rookies in the game. Funny to see Todd wearing the number 49 early in his career, as he was best known for sporting the 9 jersey for the majority of his playing days. 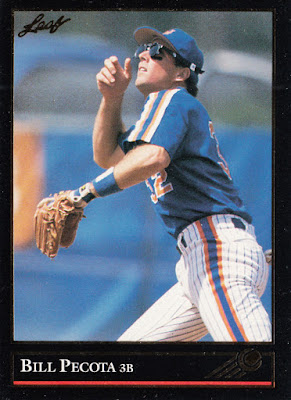 I'll always have a soft spot for '92 Leaf since I vividly remember getting a full retail box of the stuff for Easter that same year.  This is a "black gold" parallel of Bill Pecota, who came to the Mets along with Bret Saberhagen in the Gregg Jefferies trade. 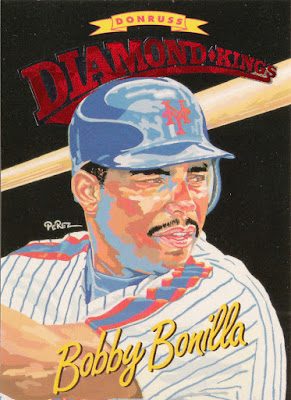 A '94 Donruss Diamond King of the volatile Bobby Bo. 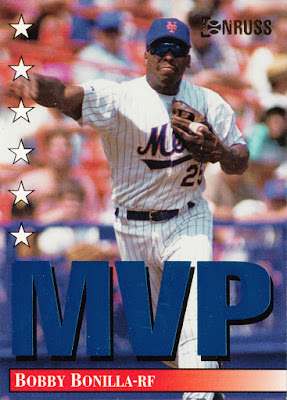 Hey, Bobby Bonilla isn't exactly in my Top-50 favorite Mets of all-time, but these are both pretty neat cards. Shoot, anyone to wear the Mets uniform and has a card, I want 'em.  You know the drill by now! 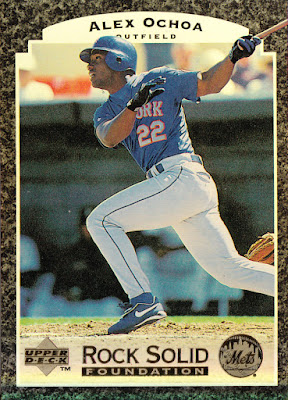 I've probably shared this anecdote numerous times on the blog, but I'll do it again anyways.  Ochoa hit for the cycle on my birthday in 1996.  It was at The Vet in Philly and I clearly remember watching the game on TV after my family took me out for dinner to Red Lobster.  I was 16.  Pretty good birthday. 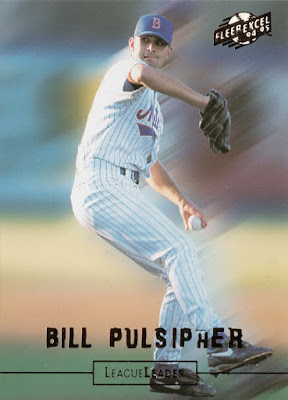 Bill Pulsipher tossed back-to-back complete games for the Mets in late July of 1995.  The first was a loss at Wrigley while the second was a 4-1 victory over the Pirates at Shea.  Pulse went 5-7 with a 3.98 ERA for the Mets in '95, which was his rookie campaign. 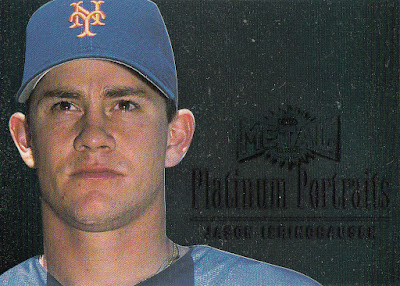 Pulsipher's teammate and fellow member of "Generation K" was Jason Isringhausen, who had the best career of the trio that also included Paul Wilson.  This is a Platinum Portraits insert from '96 Metal Universe. This was a tough hombre to scan! 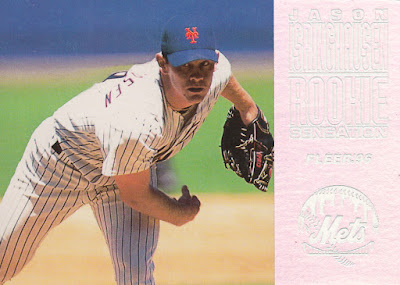 Another Izzy!  A Rookie Sensations insert from '96 Fleer.  Three-quarters of the card scanned nicely anyhow. 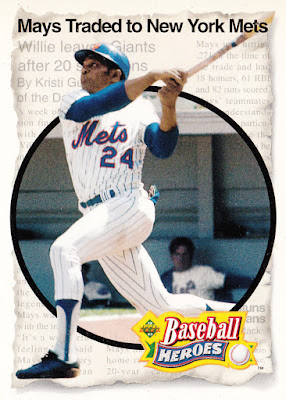 Excited to get this one!  Just my fourth card of Willie as a Met.  For the record, Mays was dealt to the Mets on May 11, 1972 for Charlie Williams and cash.  I still think it's kind of a sin to trade Willie Mays.  No matter how old or ineffective he may have become.  I mean, he's Willie Mays for crying out loud! 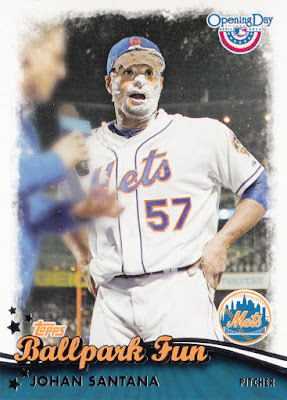 And we'll finish with this cool Ballpark Fun insert from 2013 Opening Day.  Johan had just tossed the franchises first-ever no-hitter.  And his reward?  A shaving-cream pie to the face, of course!  Sure beats the heck out of chocolate sauce, no?

Maybe your most eclectic array of cards yet, Shane!  In other words: Perfecto!  Thank you, as always!