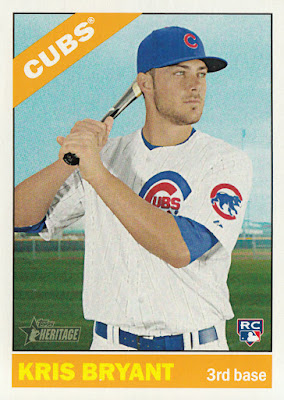 Yes, yes, I realize we are nearly through with January, but I still have one more Christmas item to share before I close the ledger on the Yuletide season.

This is another item that I gently nudged Mrs. K about, so it wasn't a Santa surprise.  But, when I came across an amazing Buy It Now deal for a complete 2015 Heritage High Number set back in the fall, I couldn't keep it secret.  Not only did this hand-collated set feature all 200 base cards, but it also included all 25 shorts prints!  The B.I.N. price for all 225-card set was cheaper than some of the lots I saw for just the 25 SPs, so I thought this one was a no-brainer.

The SP portion of the set is, of course, highlighted by the guy you see in the lead-off spot of the post: Kris Bryant.  He is the card that defines the 2015 High Numbers set.  Just like 2012 High Numbers was the Bryce Harper set or last year's was the Jose Abreu set, etc.  FYI, Bryant's card is No. 725, aka the final card in the set's checklist.  Talk about leaving on a 'high' note!

I'll just focus on the short prints in this post, since those are the real icing on the cake!  So, here they are: the rest of the SPs from the set, presented in numerical checklist order with limited commentary... 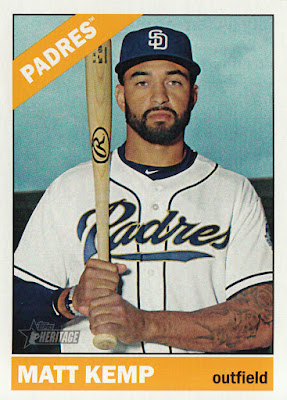 The short-print checklist begins with Matt Kemp, featured in a San Diego uniform for the first time in a Heritage set. 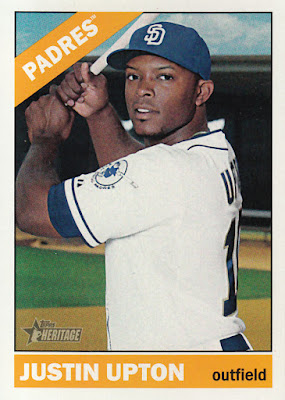 Ditto for Justin Upton, who is now a Detroit Tiger. 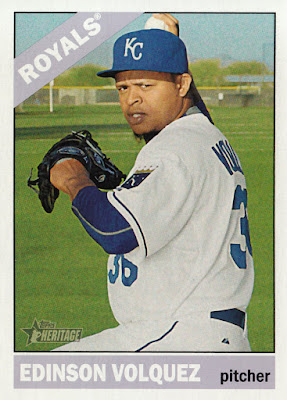 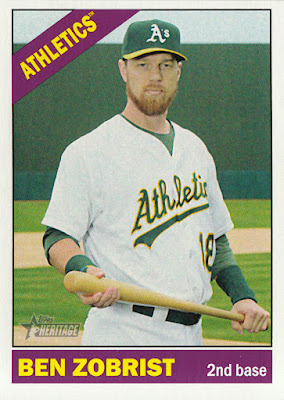 Ben Zobrist will be featured in 2016 Heritage as a Chicago Cub. 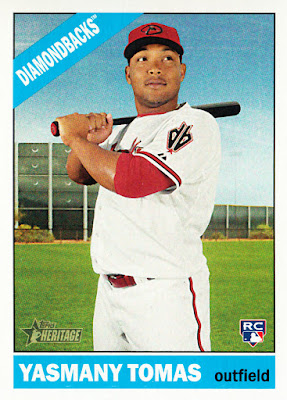 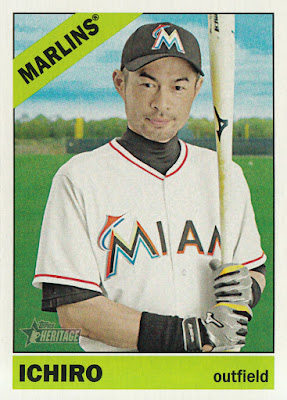 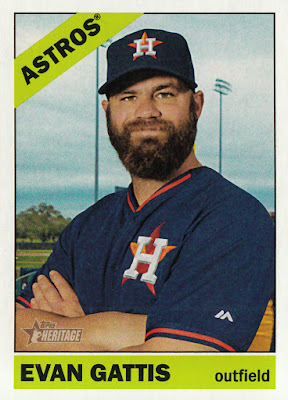 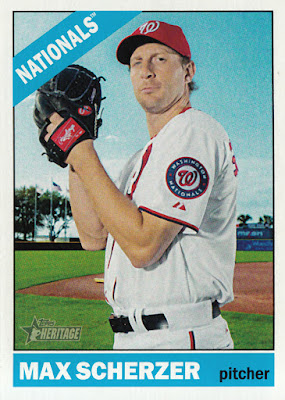 Scherzer in a Nats uni for the first time in the Heritage format. 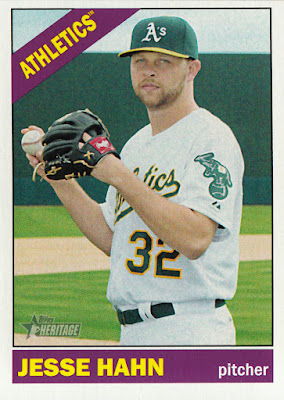 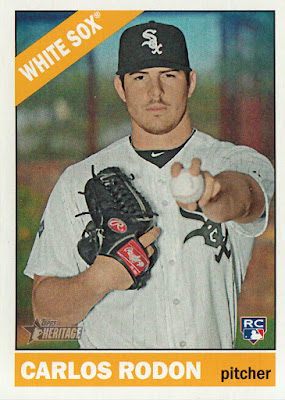 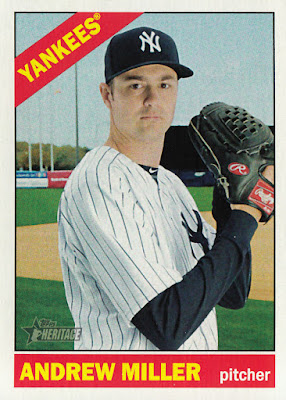 One-third of the Yankees new-and-improved bullpen triad that also includes Betances and Chapman. 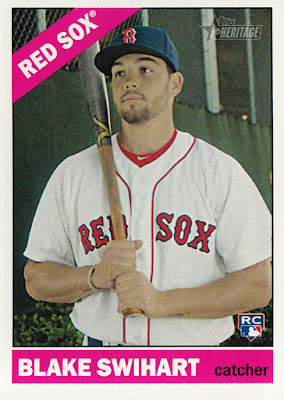 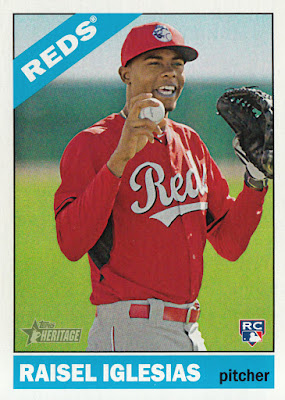 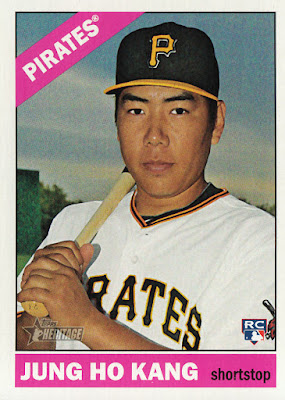 Kang, the Korean infielder, had an awesome first-year in American baseball.  His season was unceremoniously ended in mid-September by a knee injury. 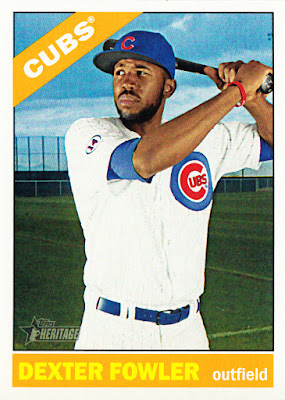 Dexter is still a free agent, so who knows what uniform he'll be wearing on a 2016 Heritage card.  Then again, if he lingers much longer on the FA wire, he'll probably be a Cub once again on that card. 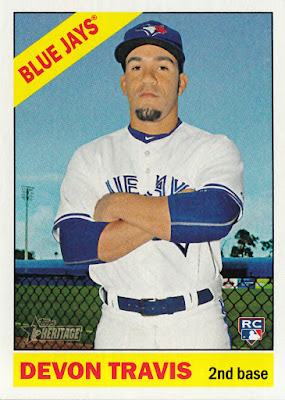 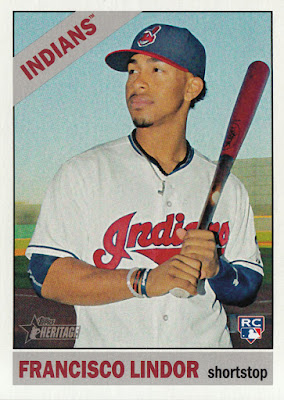 Good rookie card to have right here.  Lindor batted .313 last season in 99 games and figures to be an even bigger impact player in '16. 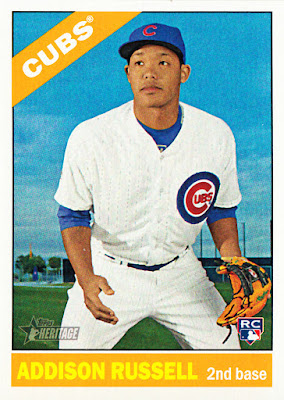 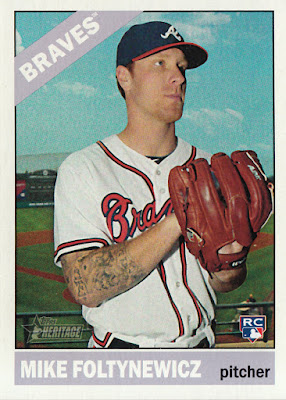 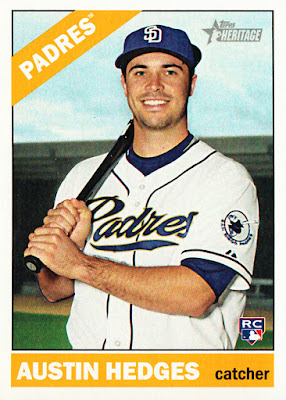 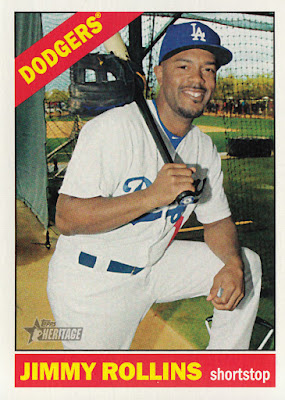 Not really sure why J-Roll gets a card in High Numbers since he was featured in 2015's main Heritage set in Dodger blue already. 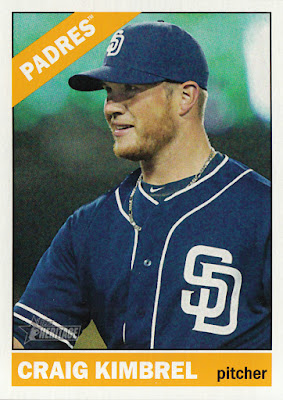 The fourth and final Padre in the SP portion of the High Numbers checklist.  Kimbrel's first and last Padre card, as he will be a Bostonian when the 2016 season opens. 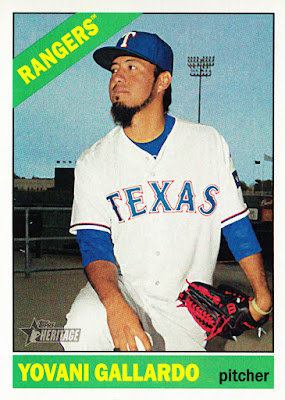 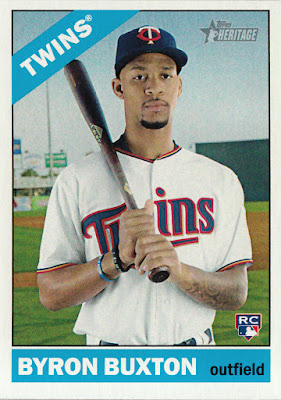 We finish with a guy who has been ranked as the game's top prospect the past two seasons.  After just a brief stint in the Twin Cities in '15, could this be the year he makes a big splash?

It's certainly nice to have this set complete and in the books.  Unfortunately, I'm woefully behind in completing the main '15 Heritage set, specifically the short-prints.  But, one step at a time, I guess.