Some Cards that Mom Missed (A Trade with JayP) 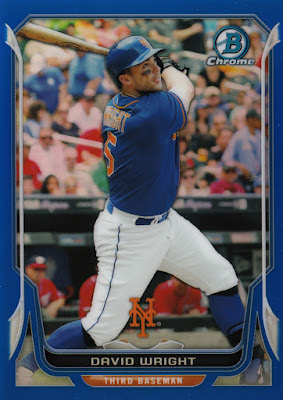 I'd say it was about a month ago that I shipped off a stack of spare 2015 Heritage base cards as well as some Diamondbacks odds-and-ends to Jared (aka JayP) of the CMMDTO blog (aka Cards Your Mother Didn't Throw Out).

If nothing else, I was just looking to unload some extras and make room for new stuff.  Plus, I had a couple of neat D-backs relic cards that I thought should have a decent home with a Snakes collector.  On both of those points, mission accomplished!

In return, Jared was nice enough to send me  not one, but two PWEs jammed with cards.  It certainly was an unnecessary gesture, but I'll never say no to new Mets cards!

Included in the second of the PWEs which recently arrived was the stellar David Wright blue refractor you see in the lead-off spot.  I don't have to tell you this, but this card is much more stunning in person--as all refractors are. Especially the colored refractors.  And specifically blue refractors when they're paired wit a blue and orange-clad Mets player.  Also, as an FYI, this one is numbered to 250.  Nice!

Here are some more highlights from the duo of PWEs from JayP... 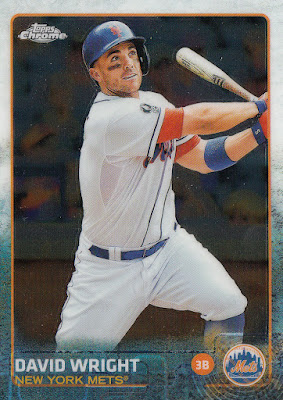 Since we led off with the Mets' captain, we might as well follow through with a few more from Mr. Wright, including his Topps Chrome base card from last year.  I think '15 Chrome was one of the best-looking chrome sets Topps has cooked up in a long time.  I can't even imagine what the '16 cards will look like in Chrome fashion. 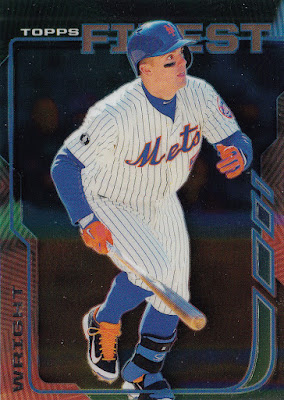 2014 Finest was both a fresh look as well as a nod towards the roots of the brand.  A pretty good combination if you ask me. 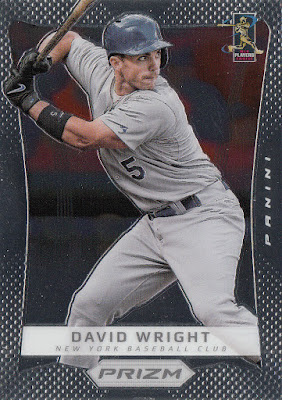 I defend Panini's many baseball offering quite frequently on this blog.  Some are not very good I admit, but there are some which are worthy of praise.  Unfortunately, 2012 Prizm isn't one of those I'd hang on the refrigerator. The MLBPA logo in the top right corner is somewhat tacky. 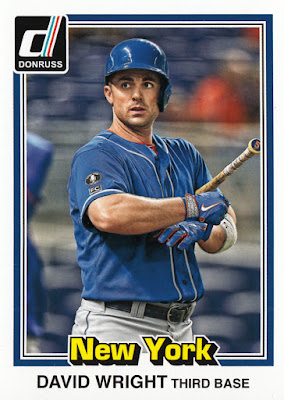 On the other hand, this is a home run for Panini.  This happens to be one of my favorite cards from the 2015 collecting season.  The reborn Donruss brand offers a wink to the past here, and they've done a similar thing in this year's set, which I'm more than pleased about.  This is actually a card I picked up via COMC last year, but I'm happy to have an additional copy.

Moving on from DW... 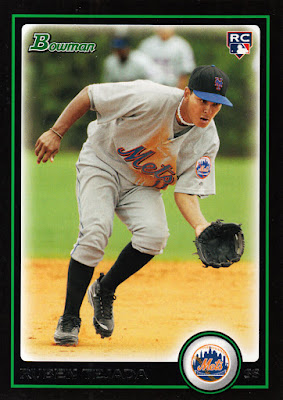 A Bowman rookie of Ruben Tejada... 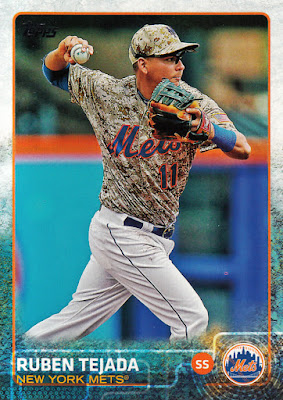 ...and the shortstop's nifty '15 flagship issue.  Never been a huge fan of the camo alternate jerseys, but Tejada actually wears it well on this card.  By the way, it's worth noting that Mr. Tejada--the man who Chase Utley destroyed in the last year's NLDS--was released by the club earlier this week.  For me, at least, it was an unexpected move.  I wish Ruben well at his future address. 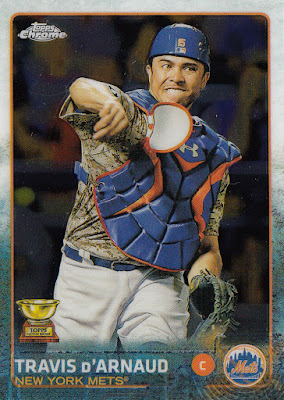 Another from last year's Chrome set.  More camo, too! 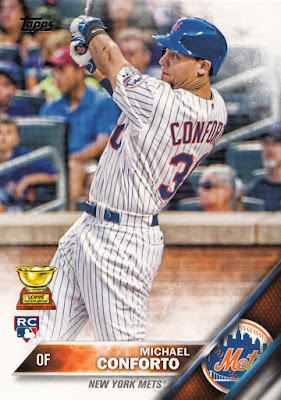 This post is taking on a somewhat stream-of-consciousness vibe, so let's play it out.  From the D'Arnaud Rookie Cup in '15 to the 2016 version for left fielder Michael Conforto.  Not a bad-looking card at all.  It's quite good, actually.  It was also the final card I was missing from the Series 1 team set, so good job, JayP!

Okay, enough of this 'new' stuff.  Let's take it back nearly two decades for these next two. 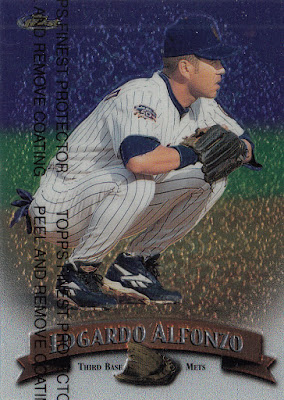 Boy, I just made myself feel very old with that last comment.  Are these 1998 Finest cards really 18 years old?! Gosh, they're old enough to vote! 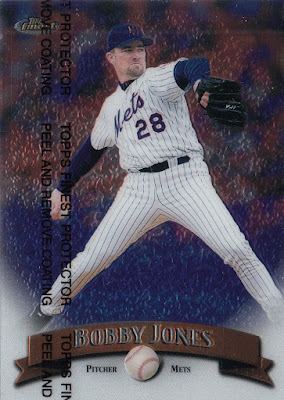 Hey, whatever their age, these cards have held up very nicely over their time on the planet.  From an aesthetics sense, that is.  Even with the whole "protective coating" thing going on. 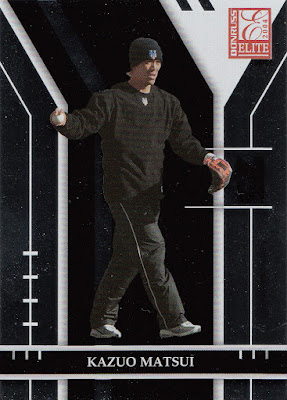 And we finish up with what may have been the most unique card of the bunch.  Not so much for the design elements--never been a huge flag-waver for the Elite series for numerous reasons.  But, the photo of then-rookie Kaz Matsui is, well, interesting to say the least.  For that, I really, really dig it!  I can't conjure up too many sports cards depicting a guy in swishy pants, sneakers, a long-sleeve workout shirt and a knit cap.  But, here it is!  Donruss gets a gold star for going outside the box!

JayP, thanks for the great additions to my Mets collection.  Certainly, I'm glad Mom decided not to discard these!