The Strength to Be There (aka Cards from Nick) 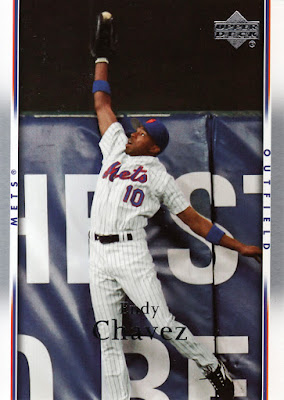 Every now and then, a baseball card manages to capture a meaningful moment in time.  Sometimes it's the last out of a no-hitter or a fist pump after a huge hit in a postseason game.

And then there's the Endy Chavez moment immortalized on the above 2007 Upper Deck base card.  A moment that could have--should have--spurred the Mets onto a World Series berth a decade ago. 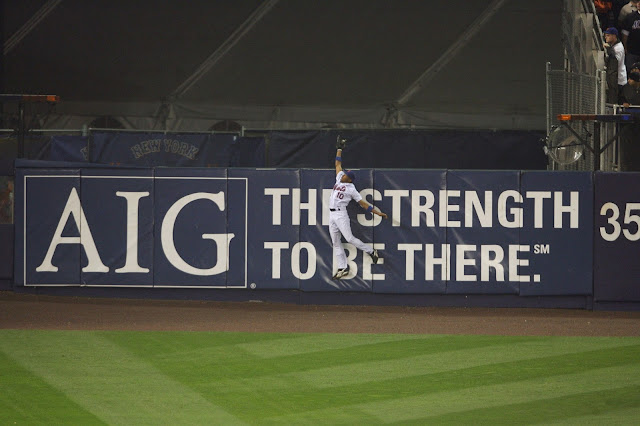 Not only did this miraculous catch deny a go-ahead home run in Game 7 of the '06 NLCS, but it also triggered an inning-ending double play.  More incredible is the fact that the entire thing unfolded in front of a billboard for an insurance company promising to have the "strength to be there."  The only thing missing from this scene was AL the Angel (aka Christopher Lloyd) hoisting Endy by the arm.

Yes, the Mets wound up losing the game a few innings later, but it's a moment that will forever live in Mets lore. Because sometimes the moment is more important or impactful than the eventual outcome of the contest.

This amazin' card was part of a pretty sizable bundle that my good buddy Nick sent me recently.  The Dime Box King rarely never whiffs when it comes to putting together an awesome cardboard care package.

Certainly, there were lotsa Mets! 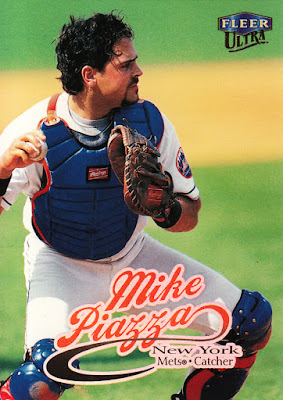 A Piazza base card from '99 Ultra.  Though I sometimes get confused from one year to another, the Ultra line ranks among my favorite of the non-Topps releases from the late '90s and early '00s. 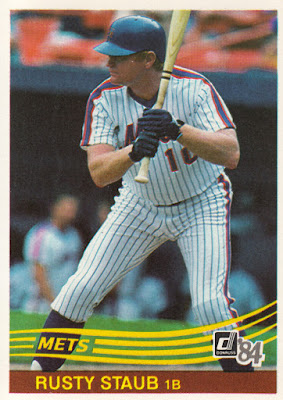 Now THAT is how you choke up on the bat!  Rusty, during his second go-round with the Mets, was a first-class pinch hitter. 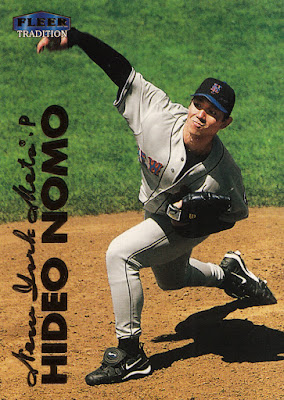 Nomo as a Met.  Still a guilty pleasure of mine. 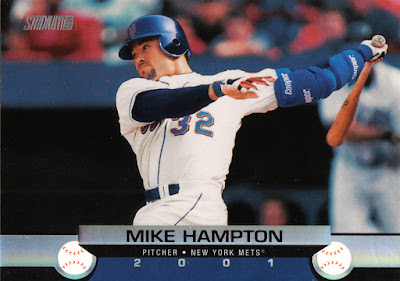 This Hampton card has been on my 'wish list' for a very long time.  Great looking card.  Hampton, by the way, was a very good hitter, so he deserves this type of presentation. 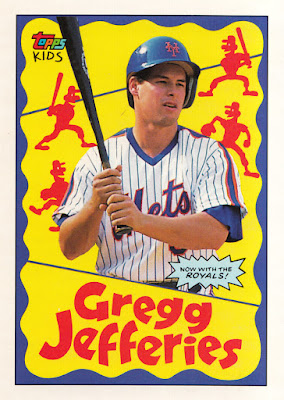 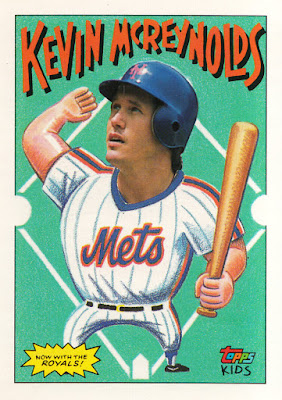 I really love these Topps Kids cards from 1992.  You'll notice the "Now with the Royals!" starburst thingies on the front of both the Jefferies and Big Mac cards.  It doesn't detract from my appreciation of these and certainly doesn't preclude them from my Mets collection. 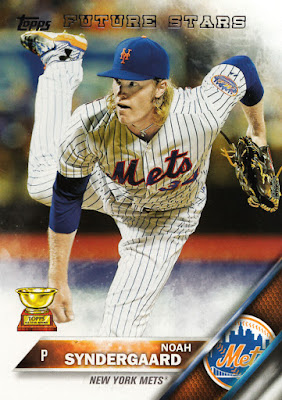 Thor's base card from 2016 Topps.  A Future Star and Rookie Cup for the big right-hander.

Like I said, there were tons of great Mets included in Nick's package.  So let's take an overview at the best of the rest.  So much good stuff here! 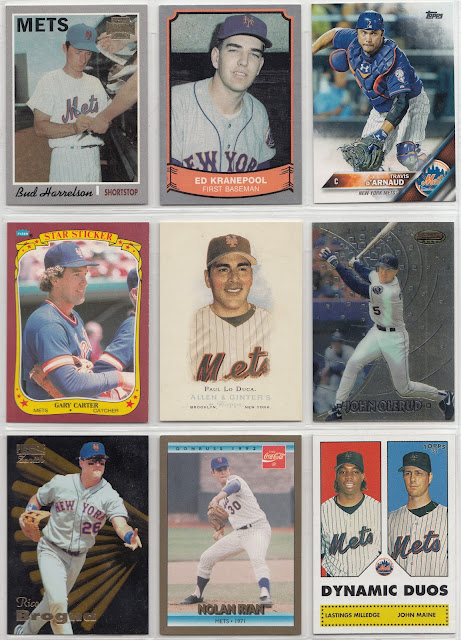 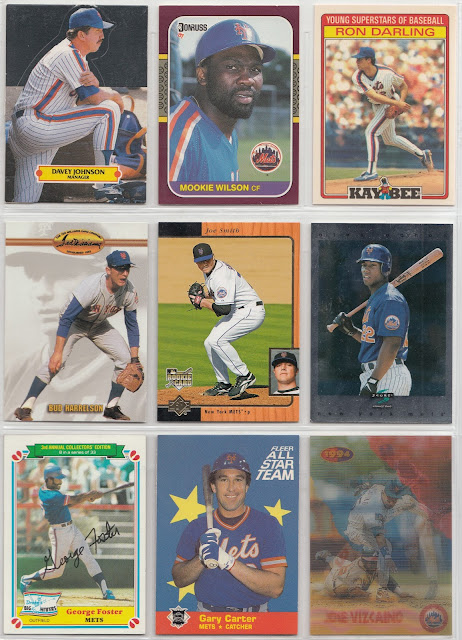 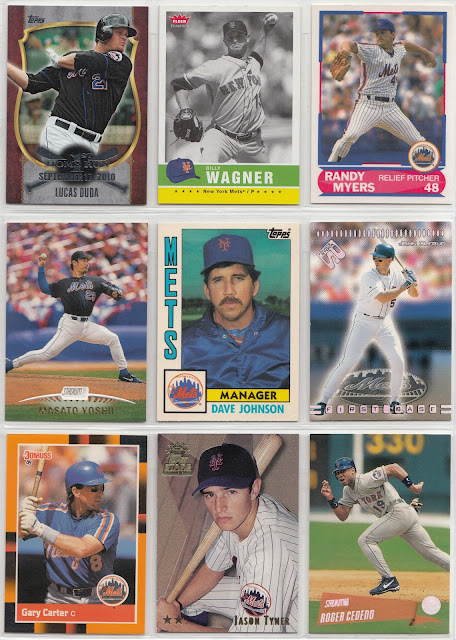 Perhaps the best part of the Mets-centric portion of the package?  O-Pee-Chee!!! 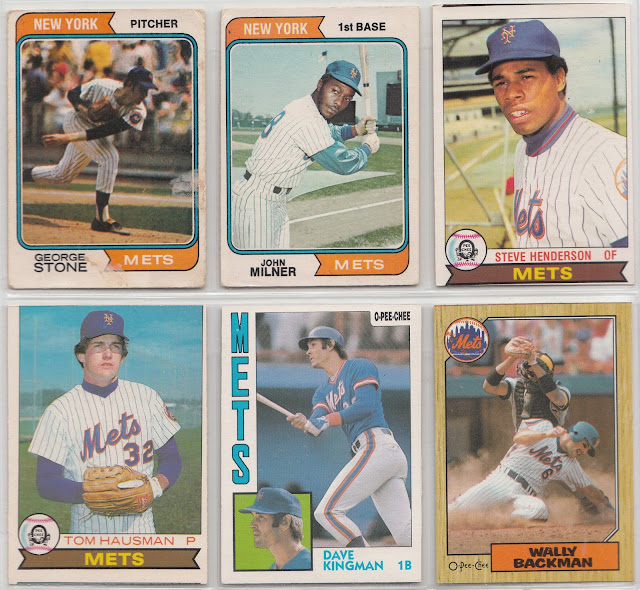 Nick isn't a one-trick pony, thus he extends beyond my Mets fetish and digs into other levels of my collection. 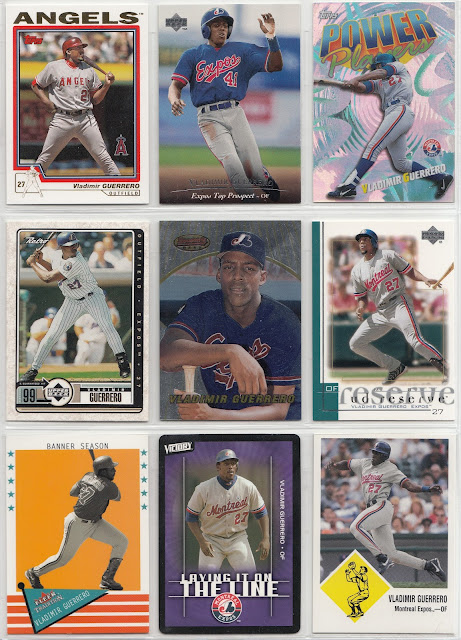 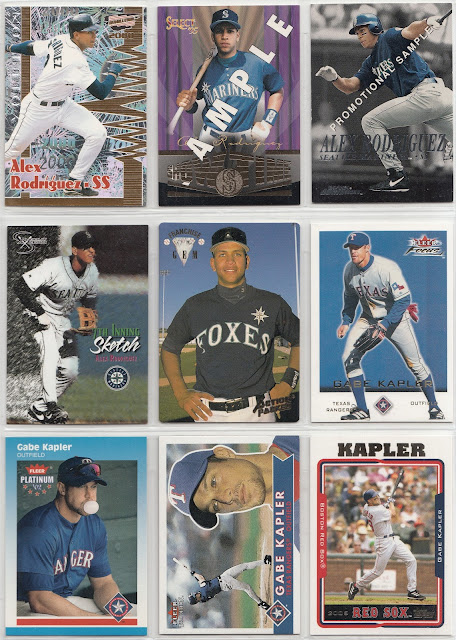 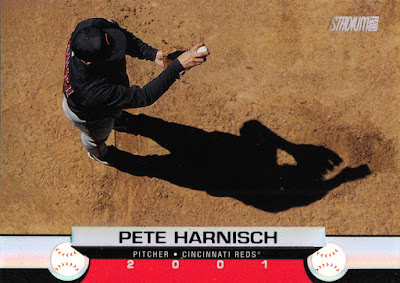 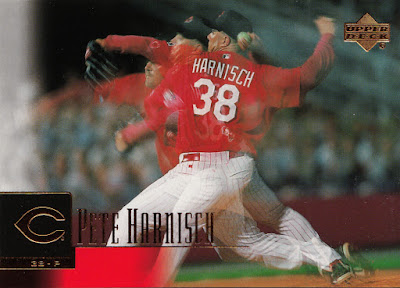 Who knew former-Met Pete Harnisch had such impressive horizontal cards?? 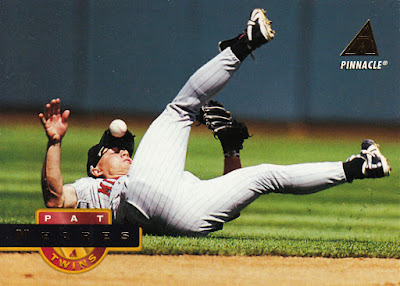 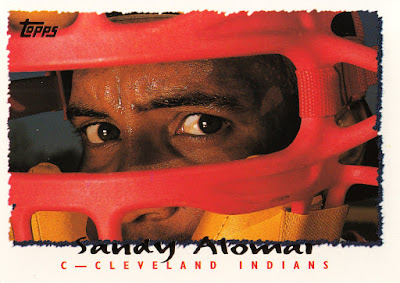 Classic card from '95 Topps.  The intensity of Sandy's eyes...burning right through you! 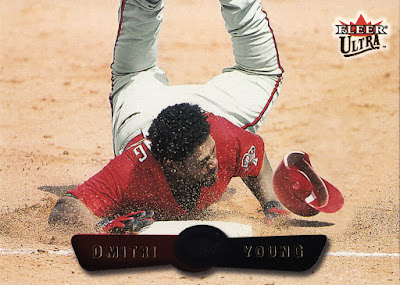 D'Meat Hook getting down and dirty. 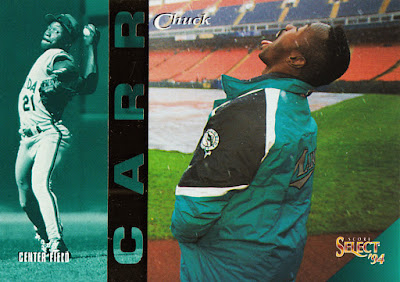 Another former-Met, Chuckie Carr tasting some South Florida raindrops during a delay. 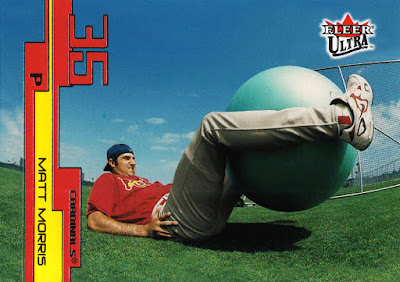 While 2003 Ultra isn't in my top-five of favorite designs from the brand's history, they sure did have some fun and unique photography sprinkled throughout the set.

Lastly, a card of my main man Butch Huskey! 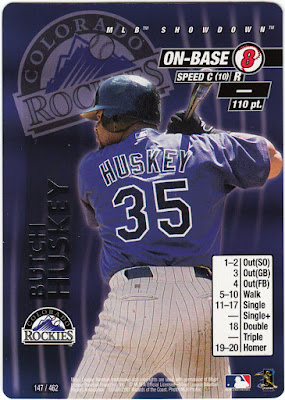 I gotta admit I didn't know Butch wound up his career in Colorado.  He played just 45 games in the latter half of the 2000 season, swatted four homers in 92 ABs as a Rockie.

A fun assortment, as usual, Nick.  Thanks for taking the time and care to touch all corners of my collection!