Okay, so I got the few preliminary gripes off my chest last week, and now it's time to experience 2014 Topps Archives for myself.  Target had a whole bunch of rack packs, though it looked like some thugs from our local chapter of Pack Searches United already had a go.  No matter, I'm well aware of the pitfalls and pleasures of retail.

Anyhow, I snagged four rack packs and didn't manage to land one lousy, stinkin' short print, even though the stated odds were 1:4.  Oh well, it was still a fun time ripping into the packs and getting my initial look at the cards.

Let's take a look at a nine-card sampling from each of the four designs utilized in the base set. 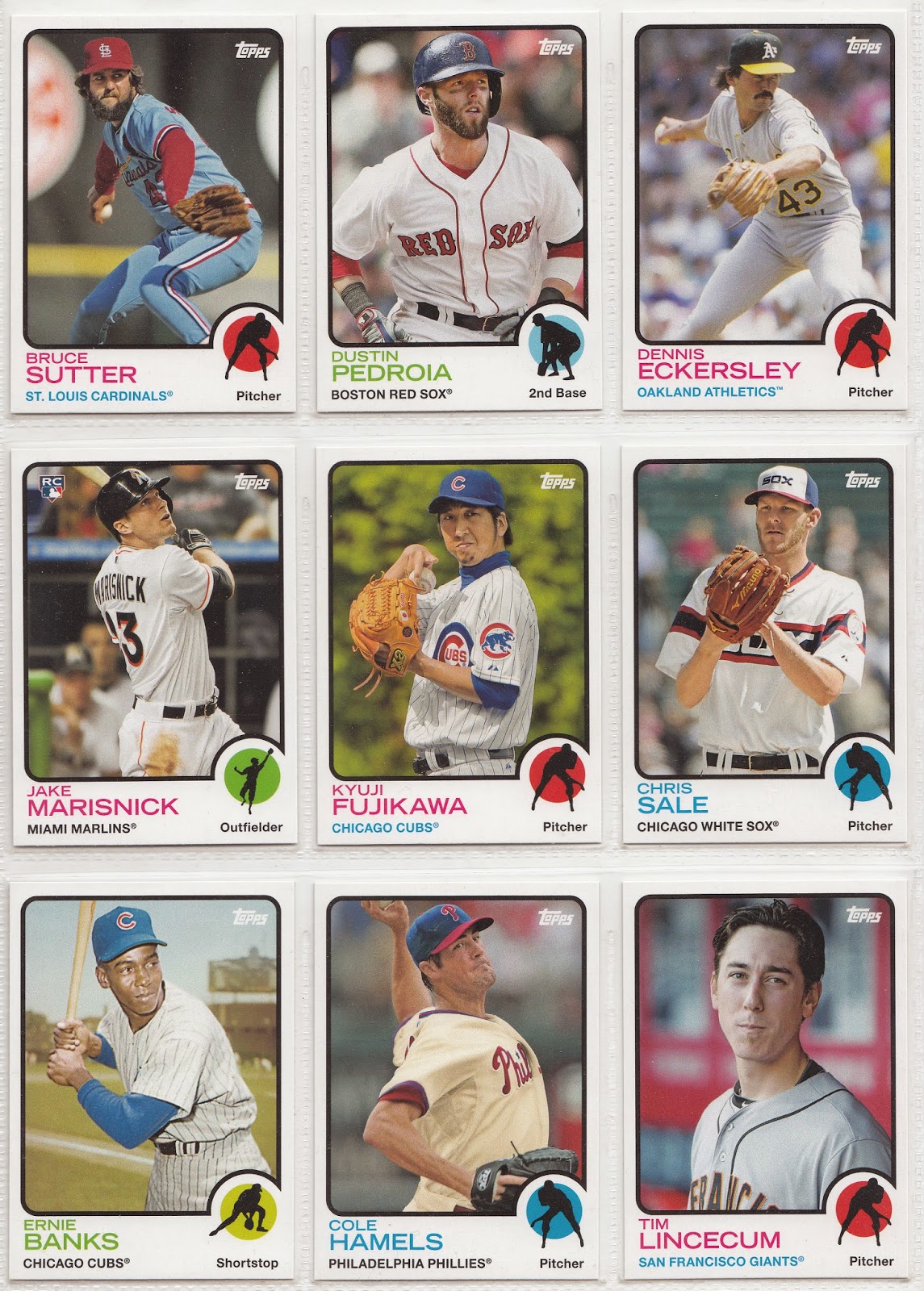 I especially like the Sutter and Eck cards, but the Sale with the throwback Sox jersey is pretty fresh, too.  On the flip side, the recycled image of Lincecum is not-so-fresh.  It's the same photo used in this year's Heritage. 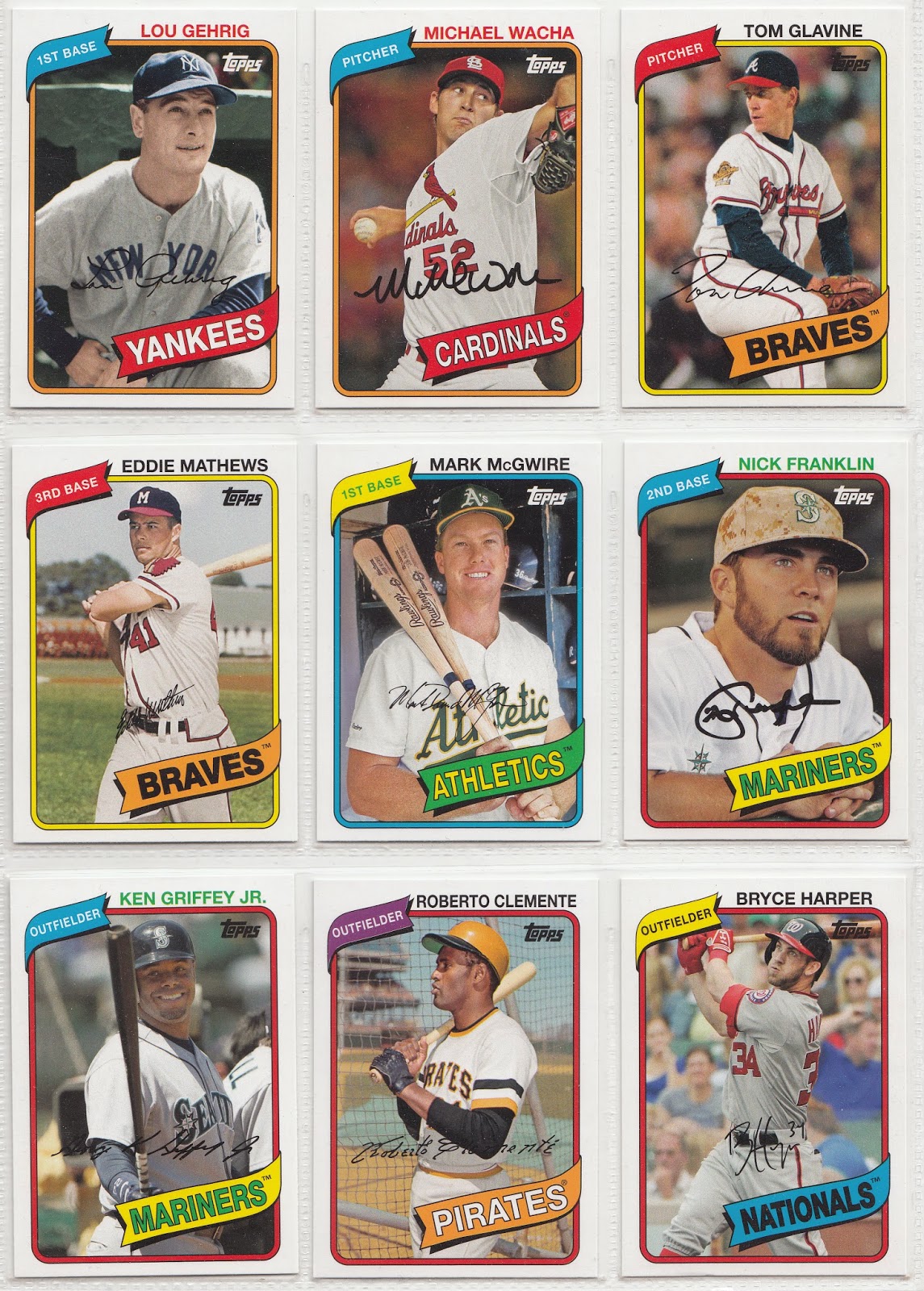 I'm still miffed that Topps chose to once again use the '80 design in Archives, considering they used it just two short years ago.  Nevertheless, I like the photo used for the Glavine card, since it's a World Series snapshot. The Nick Franklin features a great photo.  So great, in fact, I loved it when I saw the same one in last year's High Number Heritage set.  And, it's interesting to see Topps re-embracing Big Mac.  I guess he can't be that toxic considering he's L.A.'s batting coach. 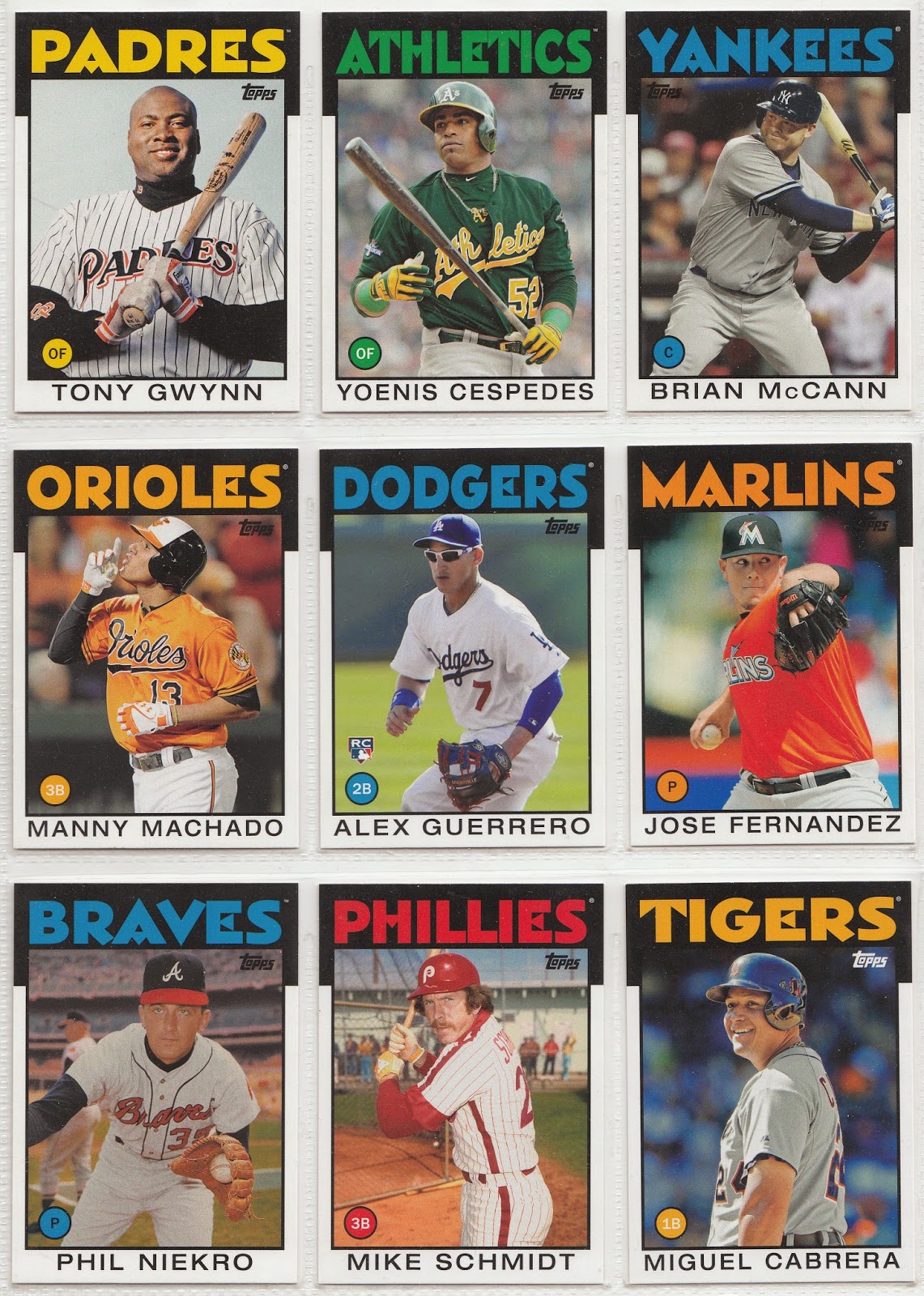 Pretty good execution with these.  I've always loved the look of '86 Topps, so that certainly helps.  I got a nice assortment of players from this portion of the checklist, including McCann as a Yankee and a pretty sweet-looking Tony Gwynn.  I was happy to land Jose Fernandez, yet I feel like I've seen this photo used a dozen times over.  Retired stars Niekro and Schmidt are both solid cards, as well. 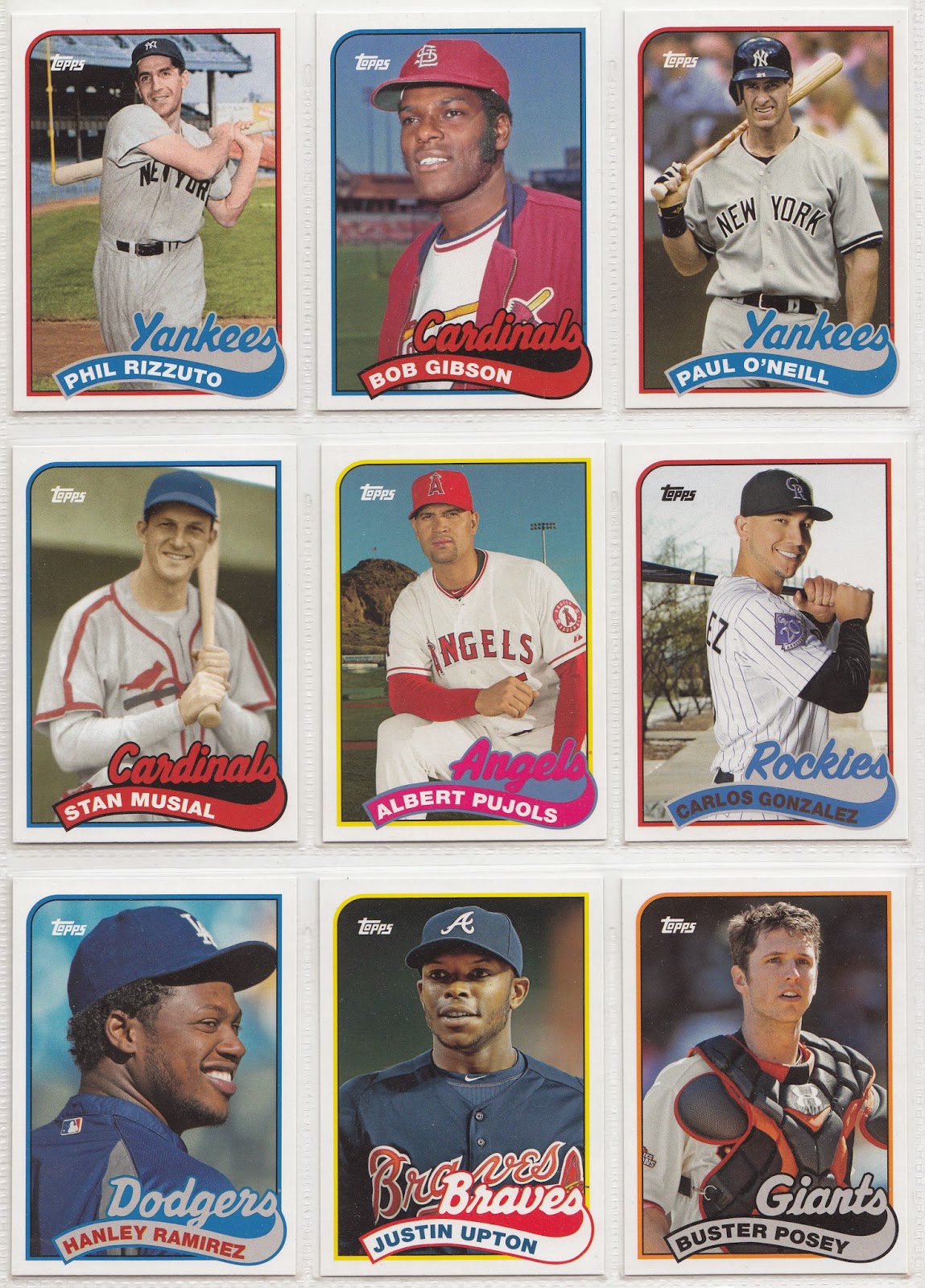 I'm still troubled by the left-aligned text inside the swoosh, but overall I'm satisfied with these.  Though, I have my doubts about the way Topps went about choosing the colors for the Rockies cards.  Not sure I like the dark text used for the players' names.  Conversely, I'm a big fan of the Gibson, Musial and O'Neill cards.  Great choices for the '89 design.  Oh, and a rerun image for Hanley (same as this year's Heritage).

I did pretty well with pulling cards of my Mets, as I managed five of the six that populate the 200-card base checklist.  The only player I whiffed on was David Wright. 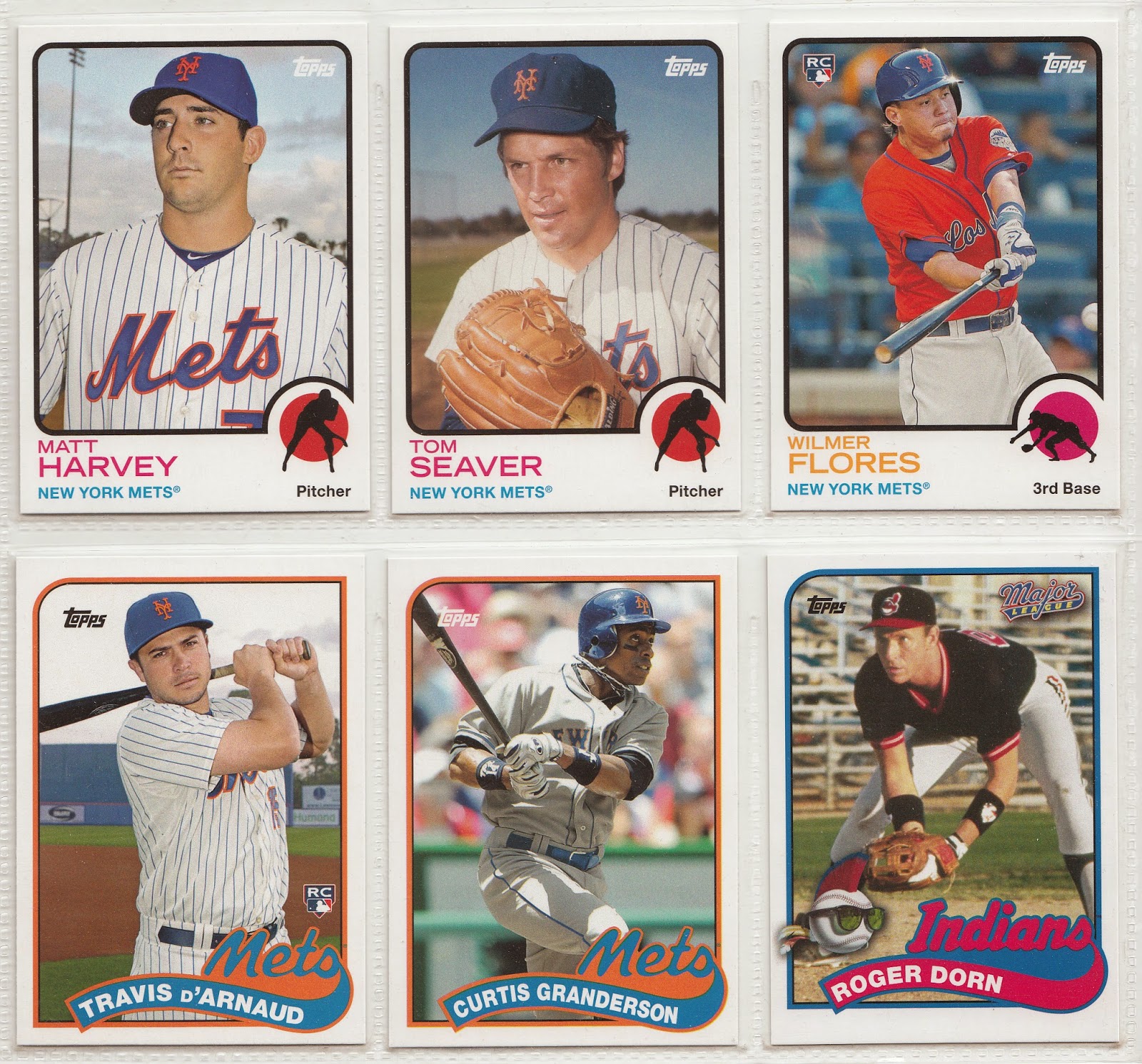 More recycled images, including the Harvery (2013 Heritage), Granderson ('14 Bowman), and Seaver (umpteen times).  I do, however, really like the d'Arnaud card.  That's an All-Time Mets Project card if I ever did see one! And, I'm still kinda confused why Wilmer Flores made this set--or any of this year's sets.  I'd have chosen Daniel Murphy or Dillon Gee, personally, but what do I know. 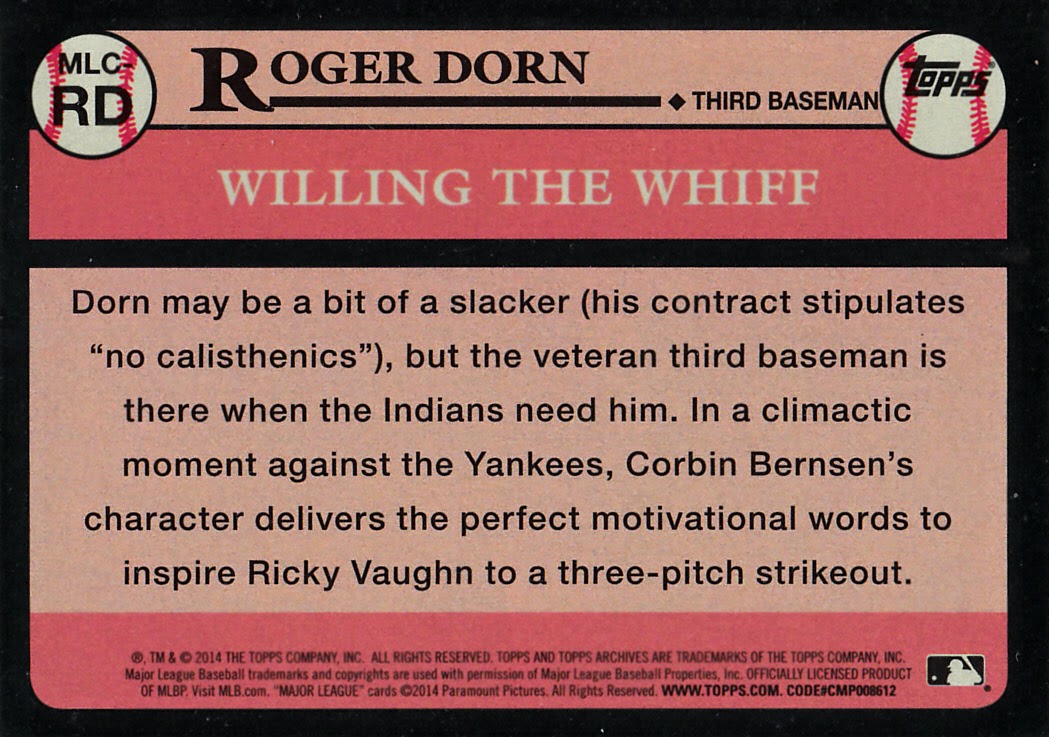 I would've prefered a short print or one of those All-Star inserts to this, but it's still a pretty neat card.  I'm sure the card of Wild Thing is gonna be a doozy to score.

Finally, these are the two inserts I stumbled upon from my four packs... 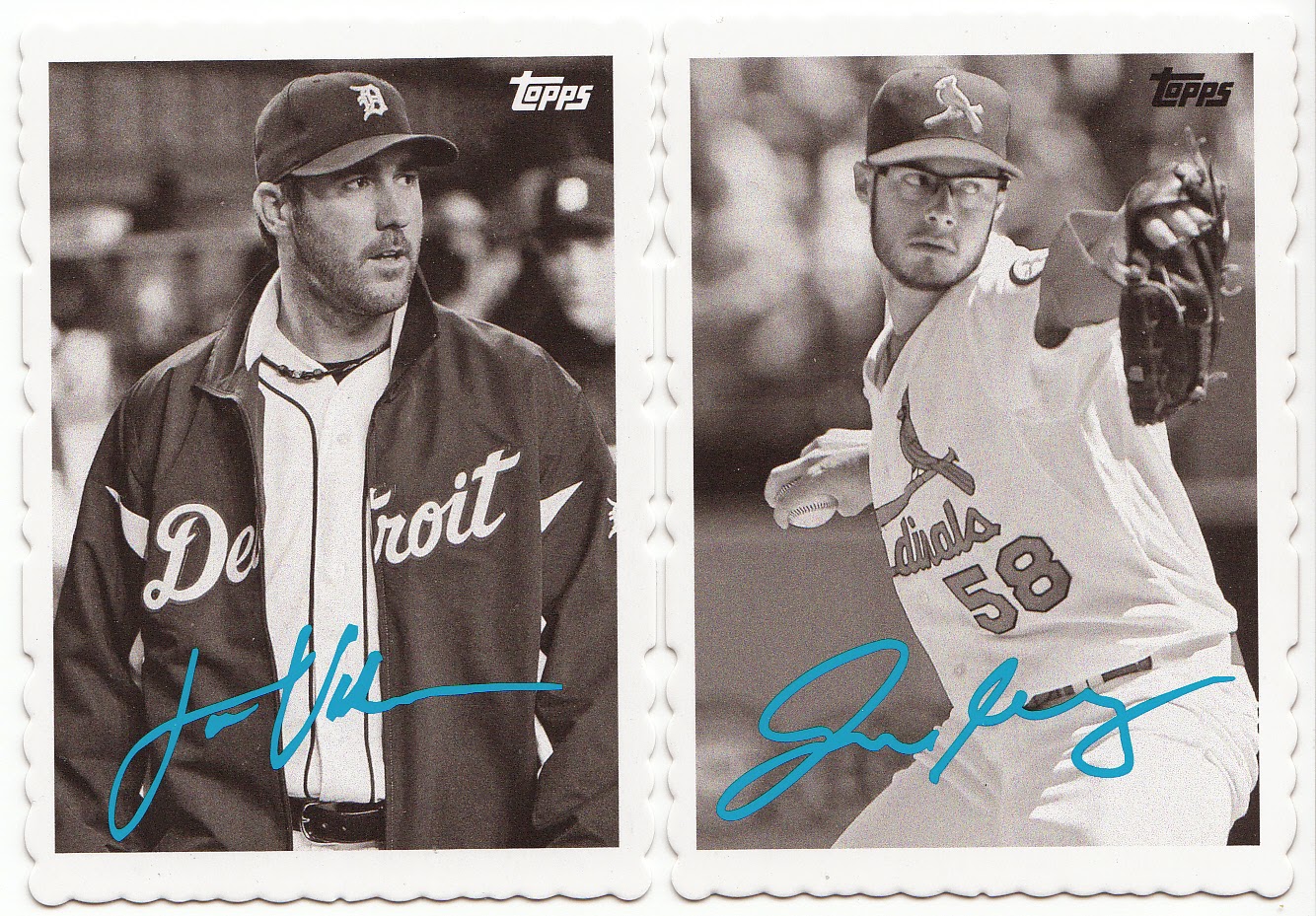 I wasn't the biggest fans of the deckle cards two years ago, and I'm still pretty tepid on these.  However, it's tough to get down on any card of Justin Verlander.  Even one that uses a photo of him we've already seen (2013 Heritage).

Summarily, this is a fun set, as I've maintained all along.  With a little more care and consideration, Archives could be a smash hit across the board.  Instead, it remains an incomplete effort that does just enough to lure you in, but equally enough to alienate longtime collectors.