On This Date: Six Years Ago, Nine RBIs 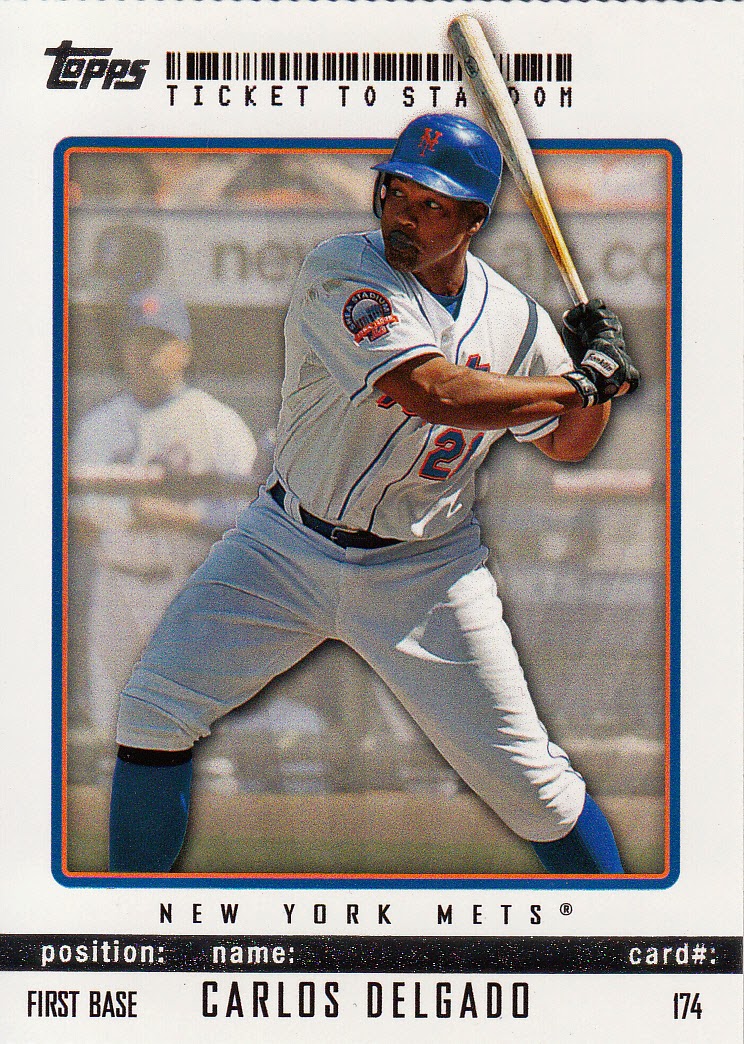 I've been Ziste-ing like crazy lately.  Maybe I've mentioned that before.  I've got the bug and I've essentially become a recluse in my "man cave."  Sorting cards, entering all my Mets cards into my online "collection" and scanning the cards that aren't already in the library.

For someone with borderline full-blown OCD, Zistle is a dangerous thing.  Then again, it's free and it doesn't involve me snorting anything, so it's not all that bad I suppose.  Though, Mrs. K might disagree.

Anyhow, I dug into my Carlos Delgado cards yesterday and came upon the 2009 Ticket to Stardom common you see above.  A pretty blah and forgettable set overall.  I mean, it's a decent enough photo of the former New York, Toronto, and Florida slugger, yet something just doesn't click for me.

But, the front of the card isn't what prompted today's entry.  Rather, it was the back and, more precisely, the information contained therein. 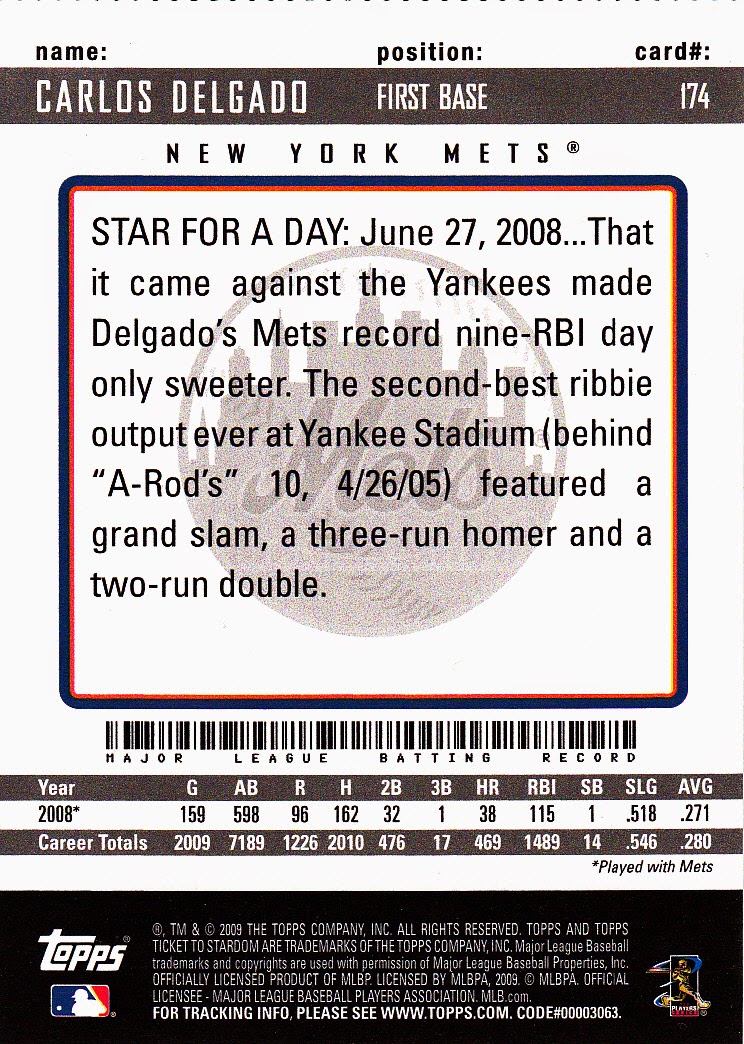 It looks like we've hit the  six-year anniversary of Carlos' big day in the Bronx.  I remember working for the Wilmington Blue Rocks (Class-A, Royals) that summer and following this particular Mets/Yankees clash while I prepared the media packets for the night's minor league game.

The Mets were a disappointing 38-39 entering the day and Delgado was in a big-time slump, batting a paltry .229.   The first-bagger's fireworks came in the first game a of a day-night, two stadium doubleheader at Yankee Stadium and Shea, respectively.  The Mets won the opener, 15-6, before dropping the nightcap, 9-0.

I guess you could say that this particular moment jump-started Carlos' season and put him on the path towards end-of-season numbers that speak of a remarkable run producer.  And, in his brief tenure in Queens, he was indeed that.

Sadly, the Mets haven't managed to replace Delgado with anybody worthwhile at first base since his retirement.  This is clearly reflected in the standings over the past five or so seasons.

Okay, the voices in my head are beckoning me back to Zistle...