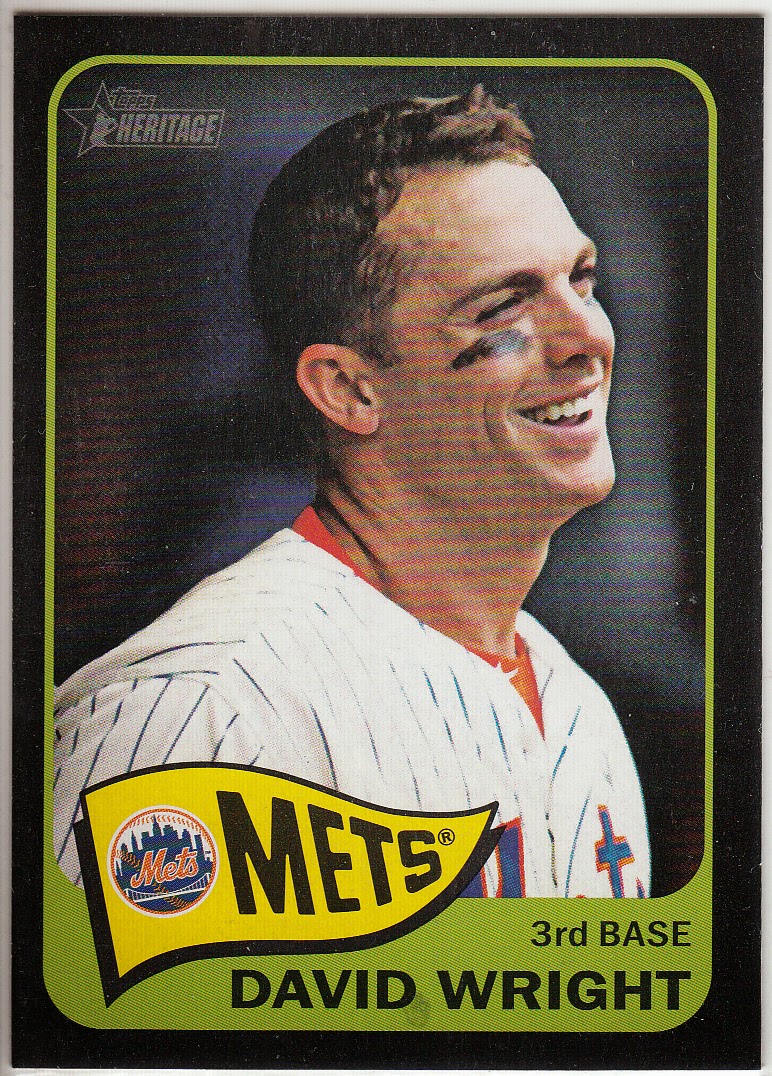 Everyone's favorite Tim Wallach-loving New Mexico lawyer has once again come through with a few sensational additions to my collection.  This time in the form of a trio of 2014 Heritage black parallels from Target blister packs.  AKA, my sweet spot!

Highlighting the haul (naturally) is the Mets'captain, David Wright.  David is once again putting up a fine offensive season, even if his power numbers having taken a nosedive (only 4 HR in 239 ABs).  But, the way I look at it, as long as he's hitting .300, stroking doubles, and driving in runs, I'm not at all hung up on the home run numbers. 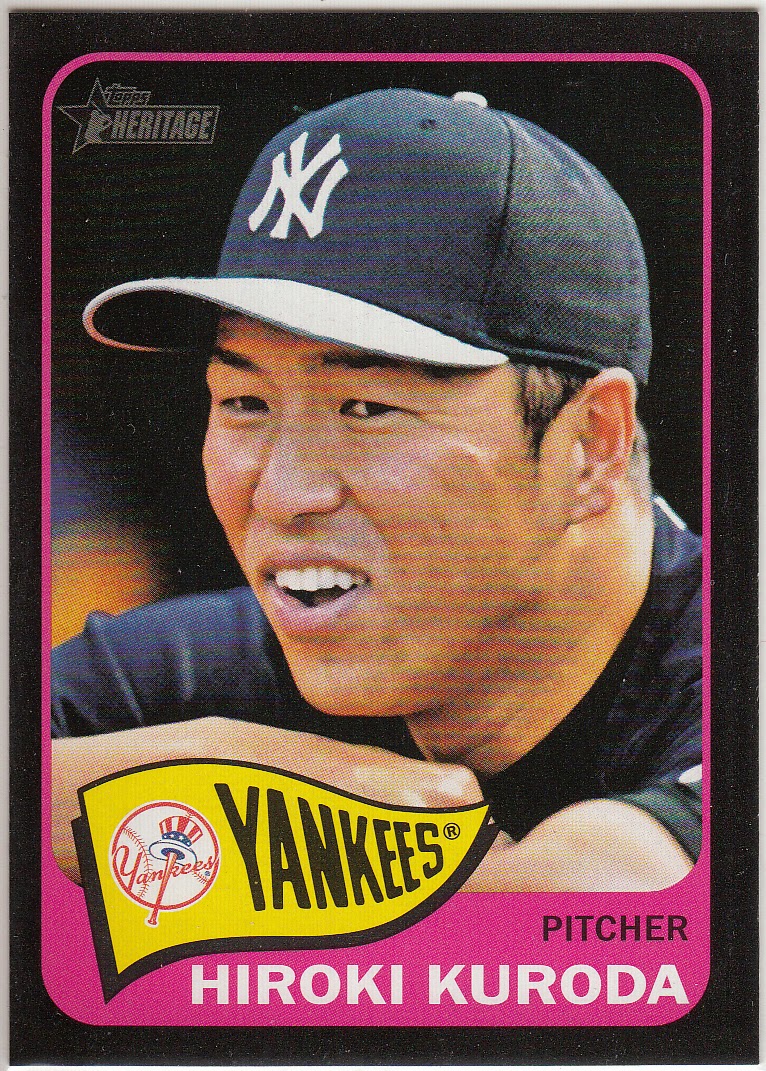 Last night, I planned to watch every minute of Game 7 of the NHL's Western Conference Final.  Until I realized Mr. Baseball was on the MLB Network.  What a great, underrated baseball movie!  It's not in the upper crust of baseball films, such as Field of Dreams or The Natural, but it's a fun movie with lots of humorous Japanese baseball moments.  Lots of laugh-out-loud moments for me.

What's any of that got to do with Hiroki Kuroda?  Well, he's Japanese, y'see.  Plus, the main female character in the movie is named Hiroko.  So, there ya go. 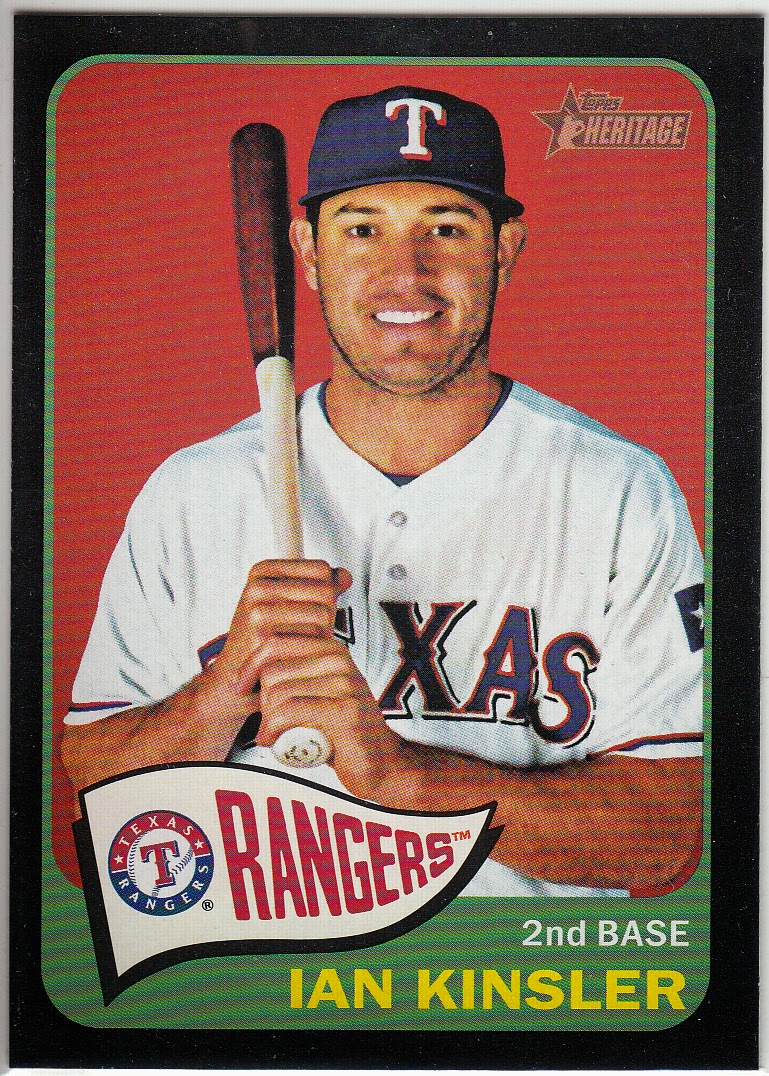 Lastly, Ian Kinsler's interesting black parallel.  What's so interesting about it, you ask?  Well, Kinsler's regular '14 Heritage base card--a short print, by the way--features the second-sacker in a digitally doctored Detroit Tigers uni with lots of blue sky and wispy clouds in the background.  And, well, you can note for yourself what this one looks like.

Not sure why the photo and team on the black bordered card doesn't match the regular card, but I noticed the same sort of phenomenon with parallels of other players who switched teams over the winter, such as Jacoby Ellsbury and Curtis Granderson.  Only Topps and God knows the reason behind this.

I'd like to thank Mr. Stackhouse for earmarking these cards for my enjoyment.  May you be blessed with many more Wallachs in the future...