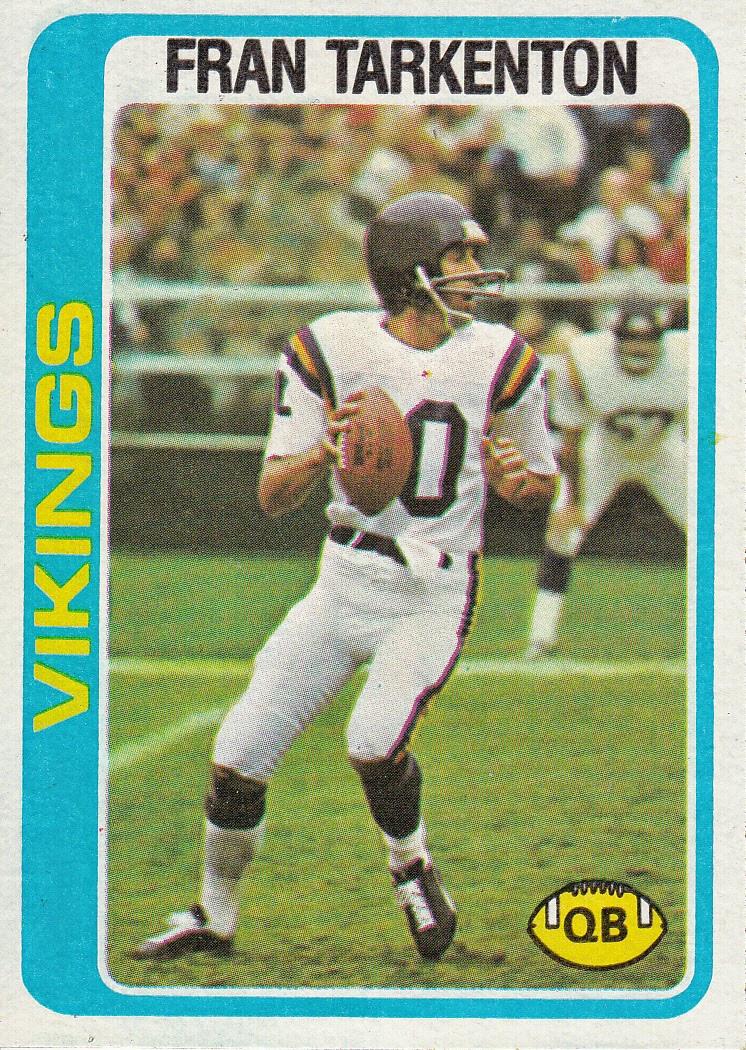 Last Sunday, for the one-billionth time in the past 15 seasons, the Buffalo Bills (3-3) were emasculated by Tom Brady the New England Patriots.  I'm so sick and tired of watching it happen, I've exhausted myself of words to properly express it.

So, as a penalty for their shortcomings, I've chosen to post a card from today's opponent--the Minnesota Vikings (2-4)--for today's gameday post.  The Bills and Vikings square off at Ralph Wilson Stadium this afternoon at 1 p.m.  Buffalo are 5.5-point favorites over their NFC North visitors.

No, the great Fran Tarkenton won't be at the helm for the Vikes today (thank God!), but given their inconsistent level of play this season, the Bills can't afford to take any opponent lightly.  That being said, Buffalo ought to handle business today and get above the .500 mark.  After all, Minnesota will start a rookie at QB and has managed just 13 total points over the past two weeks of play. 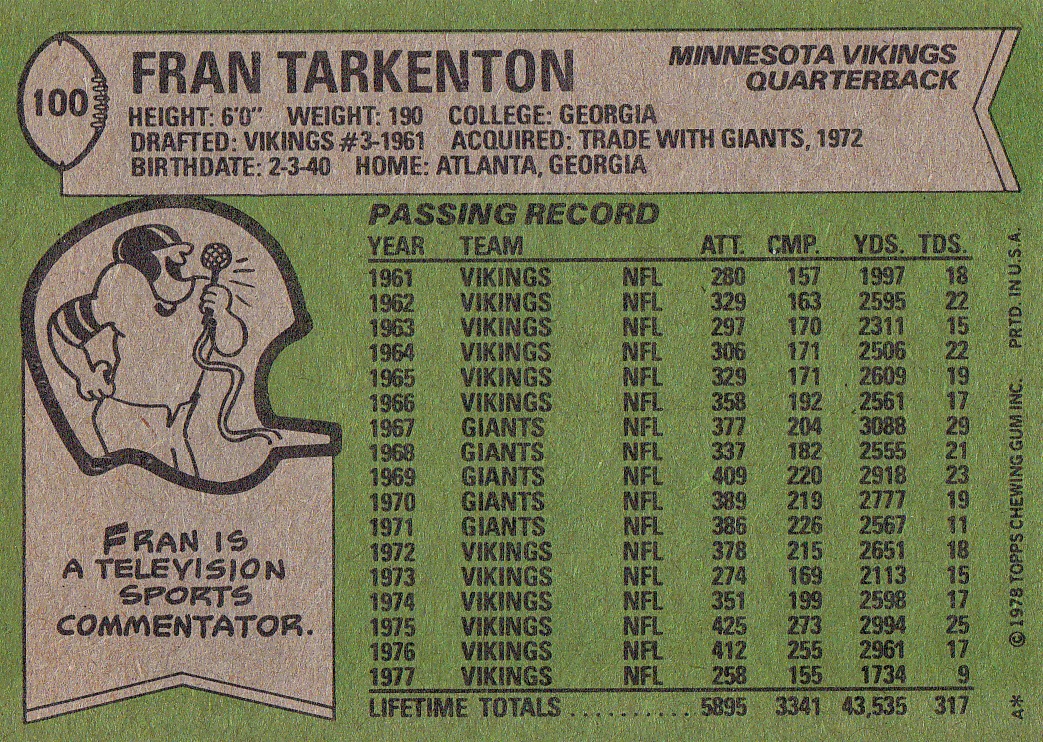 As an aside, the only thing as good as vintage baseball cards is vintage football!  For the most part, Topps has scored touchdowns with their football card designs over the years.  This one, from 1978, isn't necessarily a press-stopper, but it's colorful and basic without being overly drab.  And that's even with Topps having to airbrush the the helmet logos off the photos.  See, Panini, it can be done!

So that's that for today.  I'm not going to go overboard with analysis or prognostication for today's game.  All I want to see is the Bills go out and dominate the line of scrimmage on both sides of the ball and win a game that they sorely need.

Is that too much to ask?