By the Numbers: Thorzul Rules! 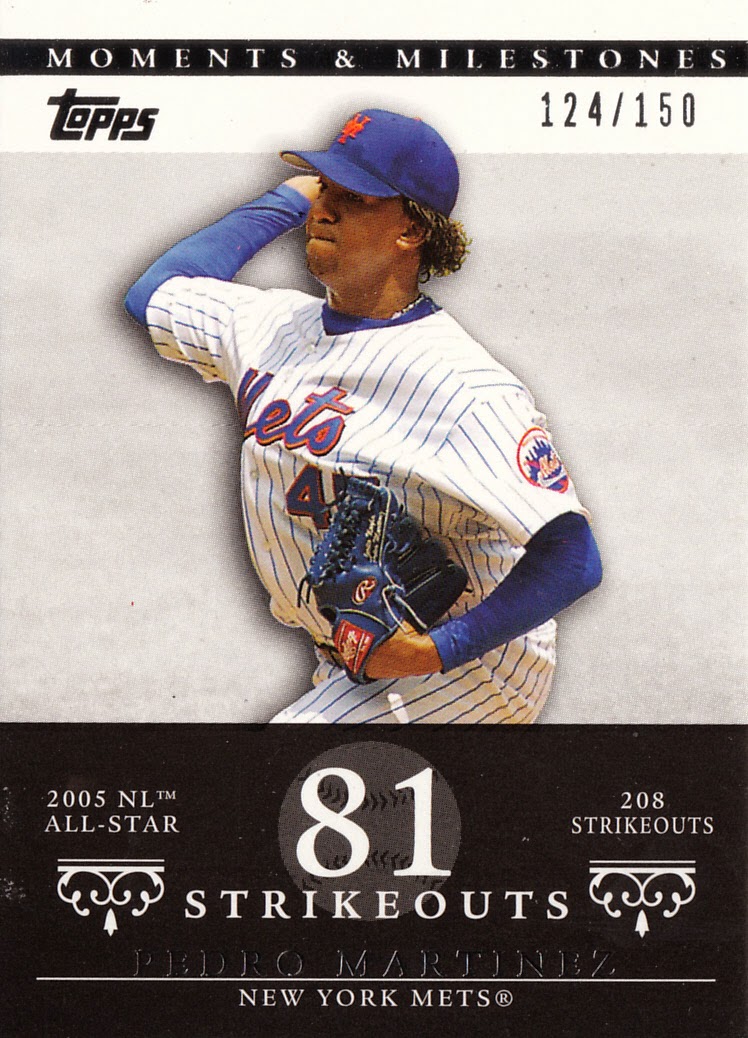 When I recently pulled a Ryan Braun jersey card from a pack of '15 Heritage, I decided to gauge the interest of Thorzul, a noted Brewers collector.  An email or two later a deal had been struck, with promise of Mets cards coming my way.  I certainly wasn't looking for anything great or grand cos, well, it's just Ryan Bruan after all. But what Thorzul sent me was an awesome four-pack of Mets cards, three of which were serial numbered! 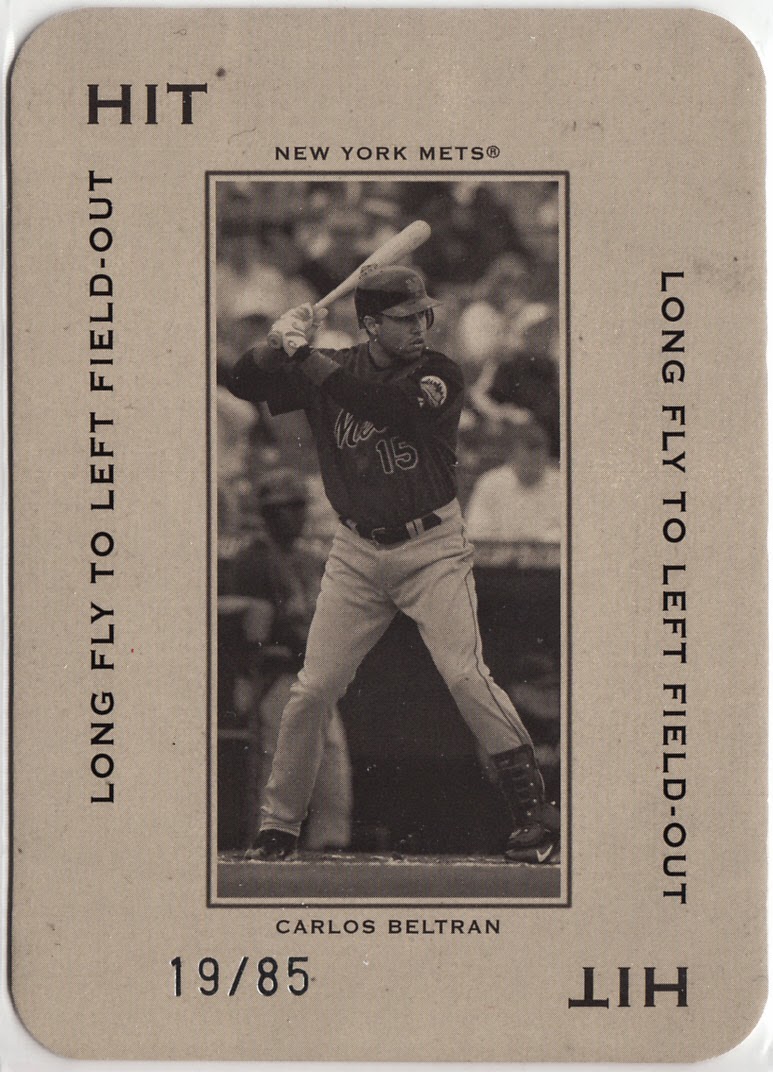 Never have I ever seen such a card before!  Whoa baby!  This superb Beltran is an insert from '05 Donruss Throwback Threads. 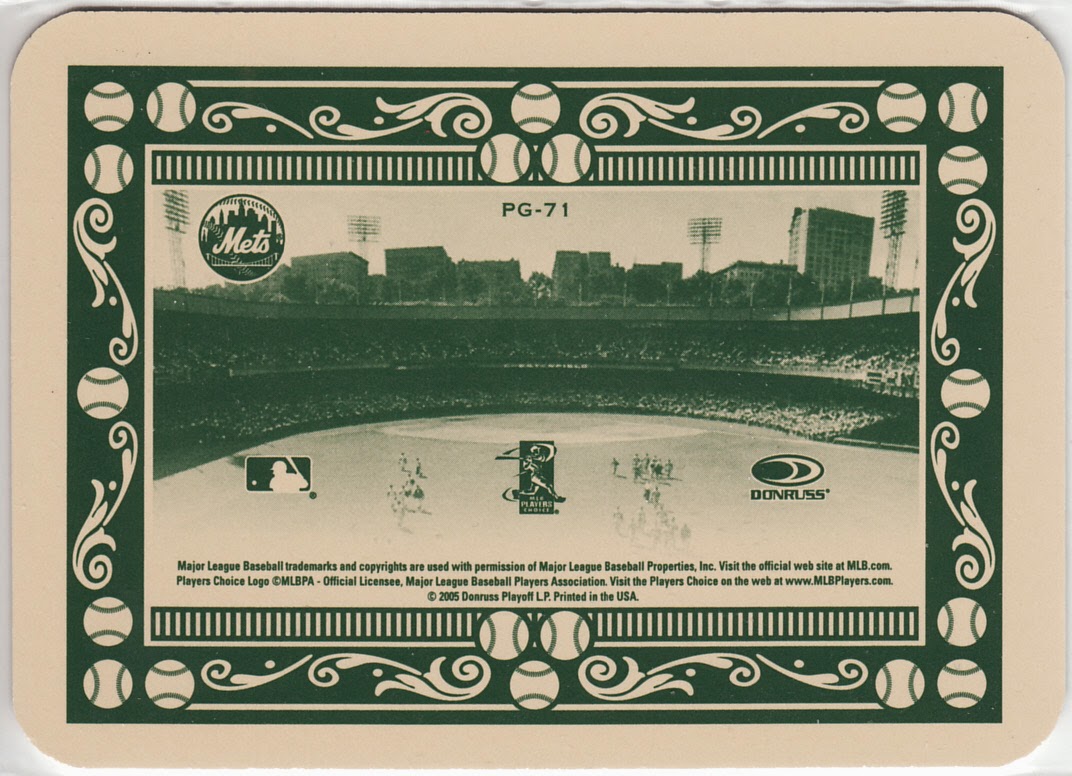 The back!  A homage to the old Polo Grounds, former home of the NY Giants as well as the original home of the Mets. 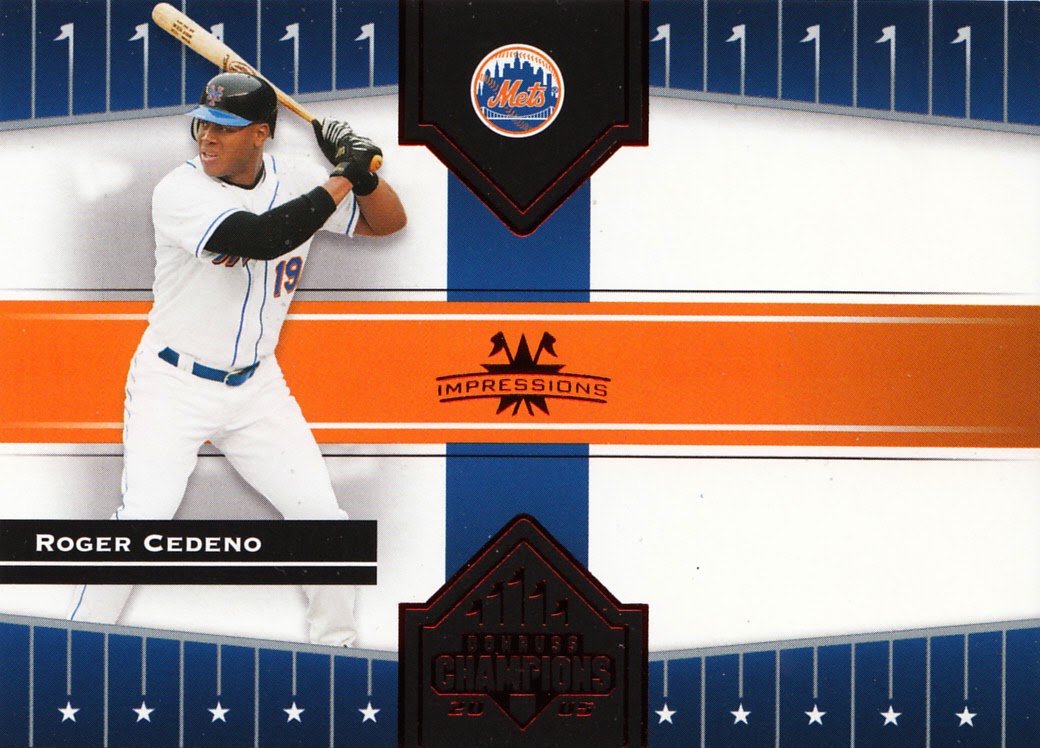 Here's a confounding specimen.  Roger Cedneo was not on the Mets in 2004 or 2005, yet this '05 Donruss Champions card shows Rog in Mets garb and features a Mets logo and Mets colors in its design. 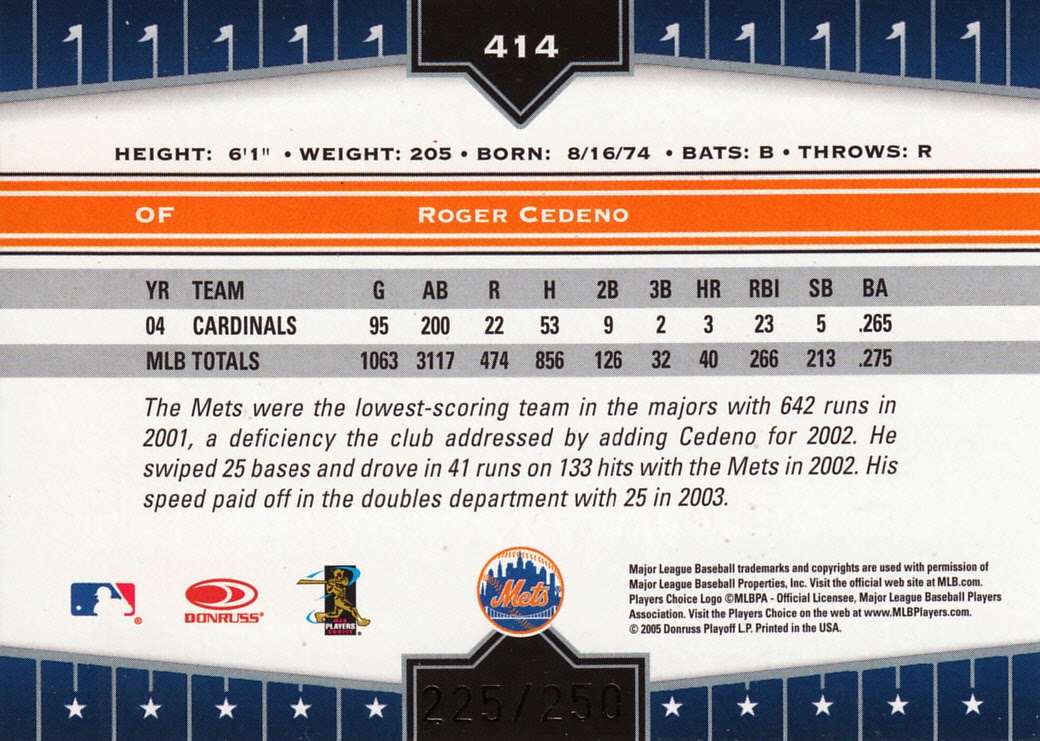 Hey, whatever!  He had two stints with the Mets and it's a cool serial-numbered card.  I'm not complaining!

And the fourth card isn't numbered, but it's nonetheless amazin! 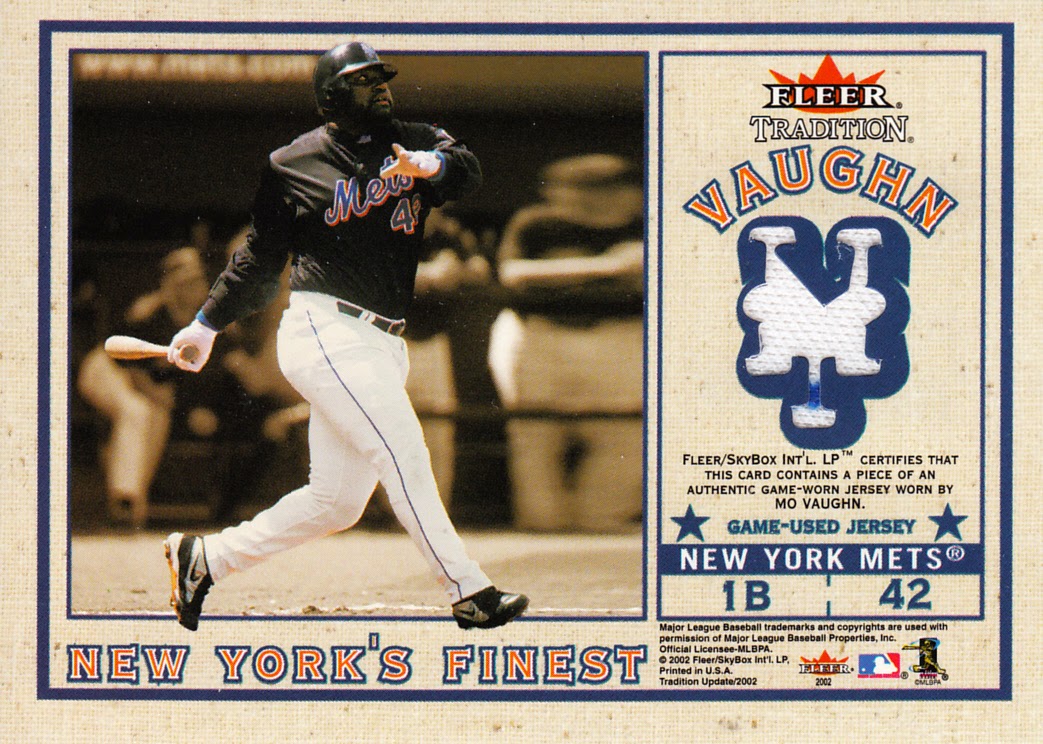 The other side (technically the front of the card, I believe) features the first baseman from the other New York team at the time.  Some guy named Giambi.  But, whatever, Big Mo is the real drawing card of this New York's Finest relic from 2002 Fleer Tradition Update.

Lovin' these additions to my Mets collection.  Thanks for a great trade, Thorzul!