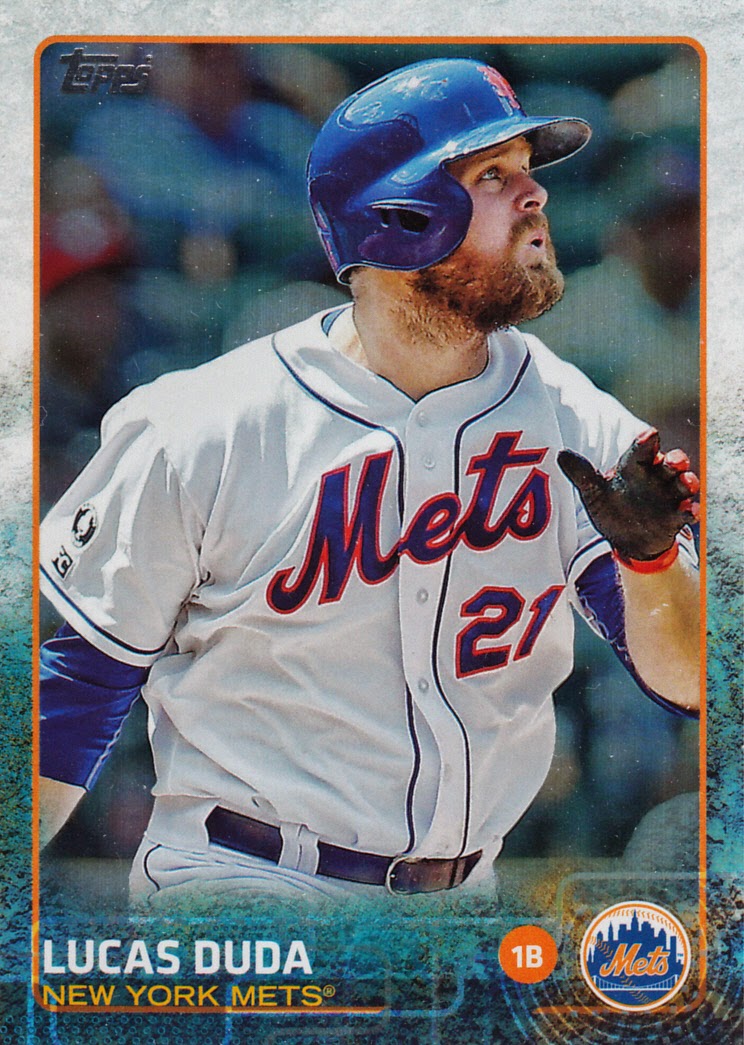 In 2011, Topps introduced us to diamond and cognac parallels, which satisfied our need for sparkly cards which were both affordable and plentiful.  Two years ago, it was Emerald parallels.  Last year we got 'red hot foil' cards.

Hey, nothing wrong with that.  I think the foil concept with this year's design makes for a really sharp final product.  They don't quite stand out the way the aforementioned parallels did in their respective years of release, but that's not a terrible thing.  Kinda like Topps Tiffany or Fleer Glossy were during the late '80s. 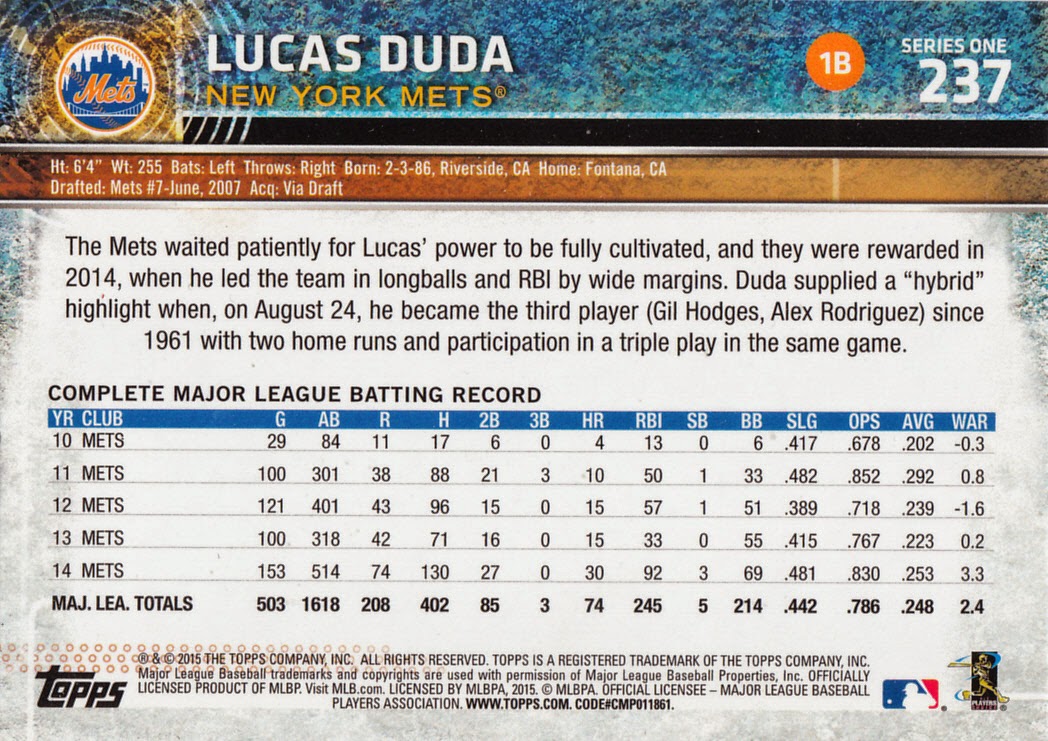 Anyhow, hat tip to Jeff of One Man's Junk (Wax) for providing me with this cool Duda foil parallel plus a number of other '14s and '15s that were either red hot foil or horizontal.  Or both.

Thanks for the gesture, Jeff!

And here's to hoping everyone has a nice, relaxing weekend!