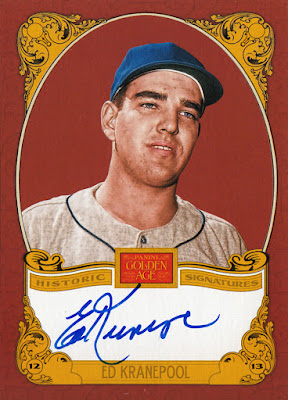 I'm always humbled that anyone takes the time to read this blog.  Whether it be one time, once in a while or somewhat regularly.

That would even be the case if I knew my dad or my cousin in Florida read any of the ramblings contained herein at any point (which, they do not, to my knowledge).  But, it's even more of a wonder when people I've never met face-to-face take the time to read or comment on a certain post.  I never take it for granted and I'm always grateful.

That being stated, when I posted about a couple of 2016 Gypsy Queen pack rips I did a few weeks back, I received some very helpful feedback.  I pulled a Minnesota Twins auto and wondered if there were any Twins collectors out there who might be interested in such a thing.  I received a couple responses, both of which pointed me towards Brian of Highly Subjective and Completely Arbitrary.

Thanks to those tips, I emailed Brian and before long we were shipping cards off to one another.  Is that not hobby magic, folks?

Well, I was quite please with the return, as Brian hooked me up with not one but two Mets autos in return for the goodies I sent him.

Of greatest import is the Ed Kranepool auto you see in the lead-off spot.  Long have I wanted to obtain some ink of Kranepool, who debuted for the Original Mets at the tender age of 17 and wound up compiling 1,853 games in a Mets uni over the course of his career -- a record that I doubt will ever be touched. 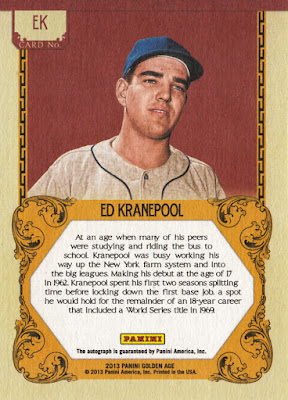 And what a beautiful card it is!  Sometimes, auto cards can be a real letdown.  A crooked sticker auto, tacky design or terrible penmanship are just a few of the rain clouds that could ruin an otherwise sunny occasion.

In this case, Panini hit a grand slam with their 2013 Golden Age product.  Beautifully designed and more than befitting a player from way back when.  More than that, Mr. Kranepool gets an 'A' for his signature.  Put it all together, and this one qualifies as a tremendous addition to my collection! 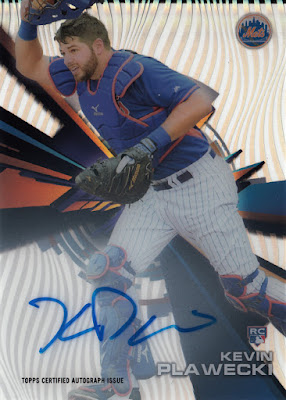 Hey, this is really cool, too!  A Topps Tek rookie auto of Kevin Plawecki.  Kevin has been handling everyday catching duties for the Mets since Travis d'Arnaud is on the DL (again).  As for the card, it's a nice presentation. Another on-card auto and a great action photo, to boot.  Certainly a different approach than the Golden Age Kranepool, but nonetheless a terrific card!

Along with the sigs, Brian included a few other Mets odds and ends, including some that were missing from my collection... 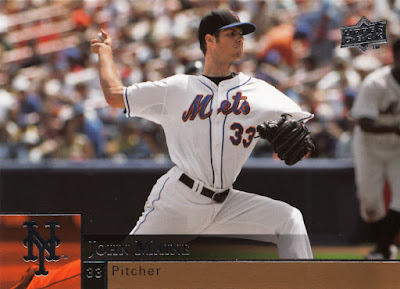 John Maine had two base cards in 2009 Upper Deck, as I think many players did.  One in Series 1 and another in Series 2.  This one is from the former. 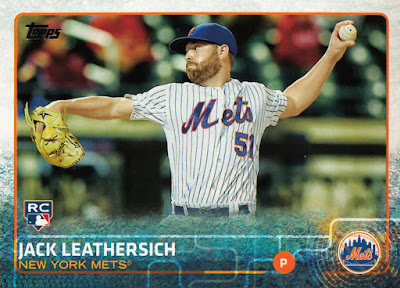 I'm still rounding up base cards from last year's Update set.  A UMass product, Leathersich was granted free agency this past offseason.  The southpaw appeared in 17 games for the National League champs in 2015. 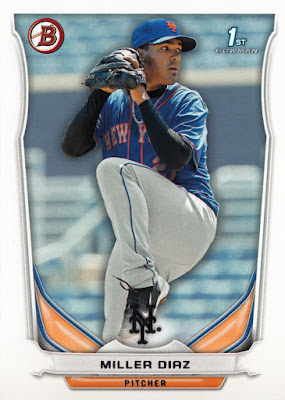 Miller Diaz was one the pieces used to acquire reliever Addison Reed from the Diamondbacks last August. 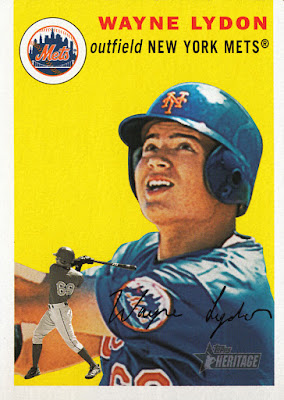 During 10 minor league seasons, Wanye Lydon compiled a whopping 427 stolen bases!  Included in that figures is a career-best 87 for at Low-A Capital City in 2002.  The speedster never made it above Double-A for the Mets, however, and his pro career fizzled out in 2011 in the independent Atlantic League.

Thanks for the great loot, Brian!  All future Twins 'hits' and parallels will be heading your way!