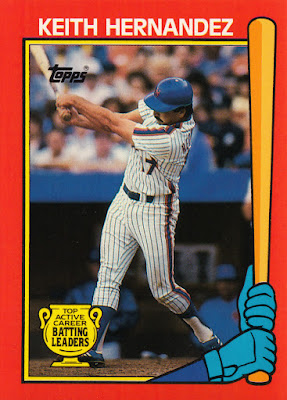 I can't believe it's taken me so long to craft a post about this trade. The lead-off card you see above is one of the most exciting pieces of cardboard I've gotten in a Zistle trade thus far and I've been dying to blab about it.  But, between life and work and sleep, sometimes the blog can get away from you.  What can you do?

Anyhow, this post will recap my 29th trade on the Zistle site, and it was a real doozy!  Keith was certainly the centerpiece.  If you're at all familiar with these "Top Active Career Batting Leaders" cards from Topps, you know how rare they are.  They're impossible to find even the most eclectic of dime boxes.  Ebay?  Forget it, unless you're keen on shelling out $8.99 (plus shipping) or more for a single card. 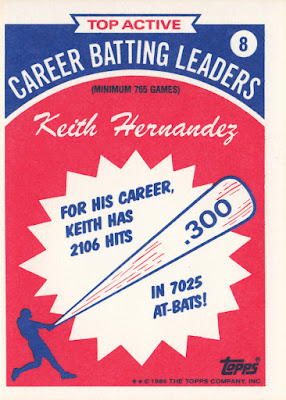 If you're not familiar, these were special retail inserts found in 1989 and 1990 Topps 100-card blister packs.  I believe, unless I'm mistaken, they were exclusive to K-Mart.  I have a few from the green-bordered 1990 edition -- acquired in the aforementioned blister packs back when I was a boy of 10 -- but nothing from the red-bordered '89 edition...until now.

I wasn't looking for this card, but I stumbled upon it while trying to look for trades on Zistle.  I offered a trade to fellow member kesslerm and struck up a deal for this one and a few others.

To say I was thrilled to acquire this card would be an understatement! 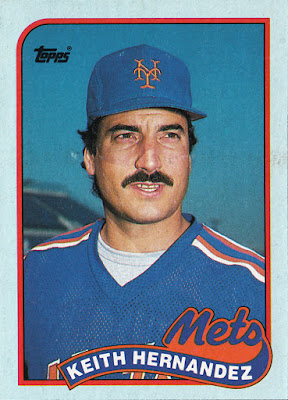 A 1989 Topps Wax Box card was also part of the deal.  It also happens to be Keith Hernandez.  Also very exciting! 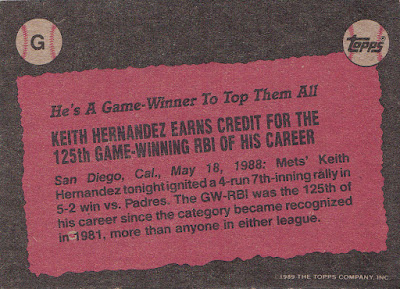 I snagged the complete run of '89 box bottoms off eBay a few years ago, but now I have this one to add to my Mets collection.  The other copy is nestled into my '89 Topps binder with the rest of the set. 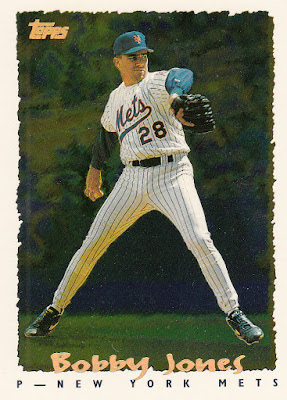 A CyberStats parallel of Bobby Jones from 1995 Topps.  Back when there weren't 500 variations of every base card and getting a parallel meant something. 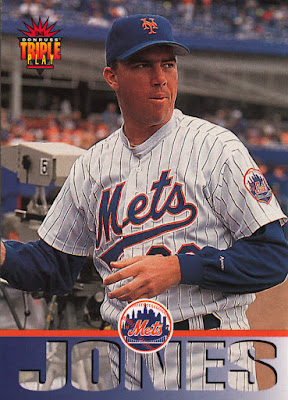 More Bobby.  Signing some autographs before a game at good ol' Shea Stadium.  This was probably the best year of Donruss' Triple Play. 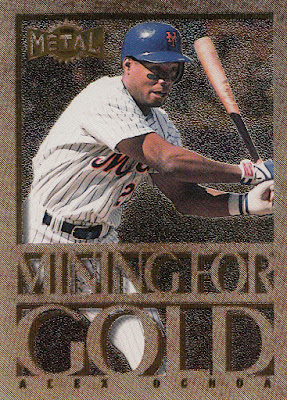 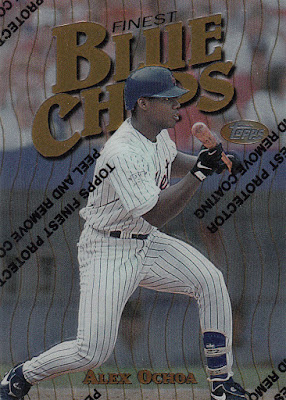 The double-shot of Ochoa is capped off with some fine bunting form featured on my favorite year of Topps Finest -- 1997. 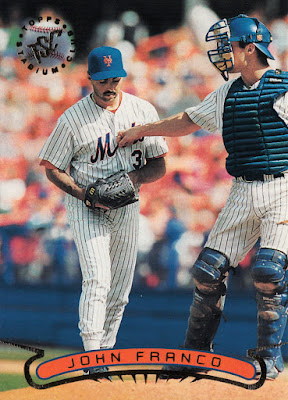 A couple of '96 Stadium Club additions, including this great photo of Johnny Franco getting some encouragement from Todd Hundley. 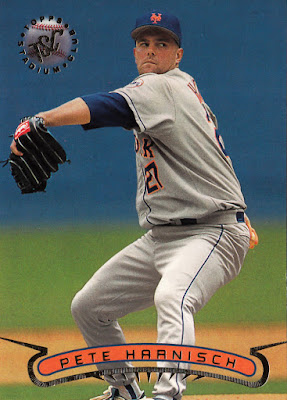 If David Wells never pitched in the big leagues, I would consider Harnisch to have worn the sloppiest-looking uniform of all-time.  It always looked like he was wearing his big brother's duds. 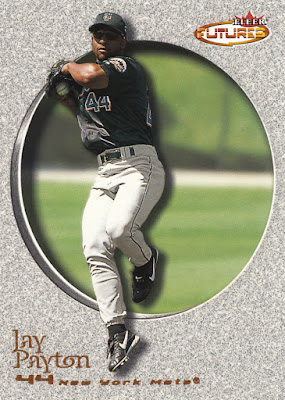 Fleer Futures is definitely not a brand I actively collected at any point in my life.  Did anybody?

This had to be a pretty expensive pack back in the day, right?  I love getting those formerly high-priced cards for a song and a dance today.  It's one of the most satisfying things about our hobby! 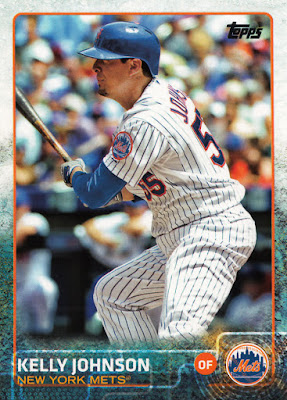 And, finally, a bunch of Update base from 2015 that I'd neglected to track down previously. 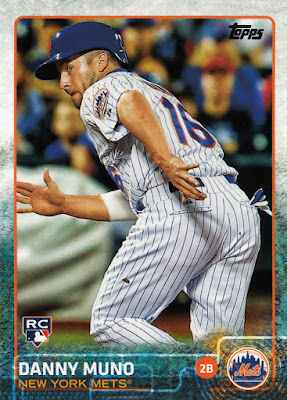 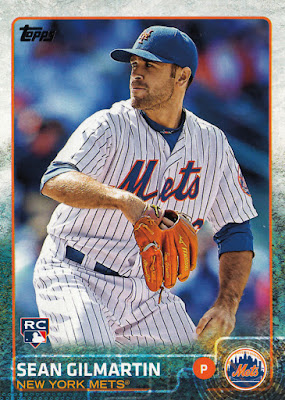 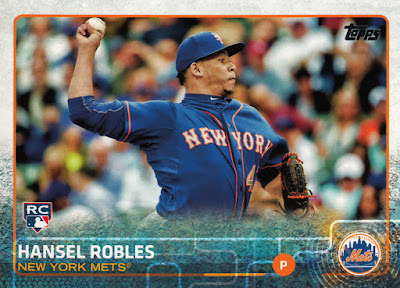 That's a wrap on this one.  A couple of tough-to-come-by Keiths plus a nice mix of Mets from various years and brands.  That's a damn fine trade, if I do say so!