A Few of My Favorite Things (Cards from Stack) 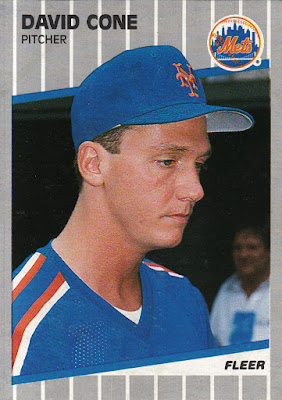 From the illustrious Stackhouse Law Office in New Mexico came a surprise delivery last week.  A yellow padded mailer full of Mets, Bills and other cardboard delights.  A little bit of everything that pleases this particular collector.

For starters, a box panel card from 1989 Fleer featuring David Cone.  Sure, '89 Fleer won't ever be confused for an attractive set, but I have some warm 'n fuzzy feelings for this particular release since it was the first-ever factory set I received -- it was a Christmas gift from my uncle that year.

Anyhow, box panel cards are always a treat because they are so rare to come across.  Especially in such good condition!  Okay, so it's a rather sullen-looking Coney pictured on this card.  Then again, how would you look if you had a creepester with a blue media credential stalking you? 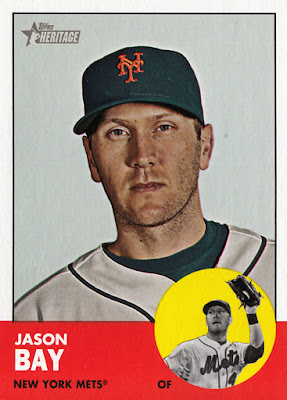 Heritage short prints are absolutely among my favorite things!  Jason Bay is one of four Mets from the SP portion of 2012 Heritage set along with Ike Davis, Frank Francisco and, of course, David Wright. 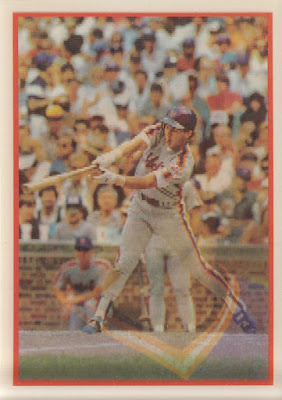 Late-'80s Sportflics are always fun.  This is Lenny Dkystra from the 1987 edition, by the way. 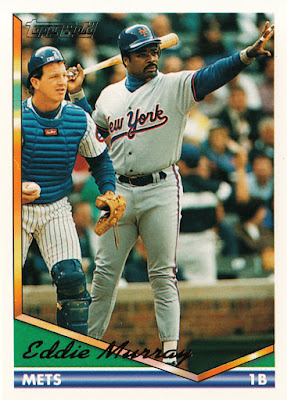 One of Eddie Murray's best cards as a Met can be seen above.  This is the gold version of the HOFer's 1994 Topps card.  Great addition right here! 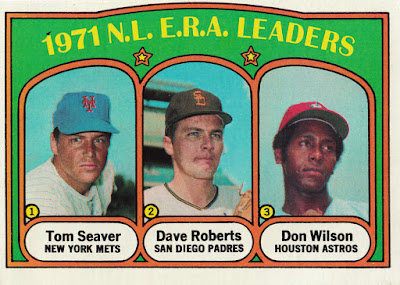 One of the best years for League Leaders cards was 1972.  The groovy design fits these subset cards so well, in my humble opinion.  Seaver, by the way, led the loop with an uncanny 1.76 ERA in '71 -- a career high for Tom, by the way. 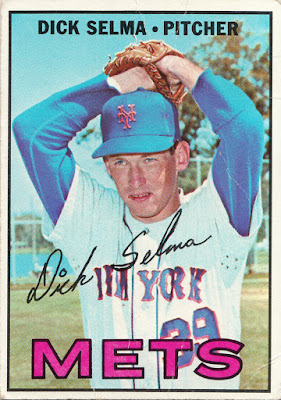 From 1967, this is my first stand-alone card of hurler Dick Selma.  My only other Selma card is from the '66 set when he shared the 'Rookie Stars' platform with Cleon Jones. 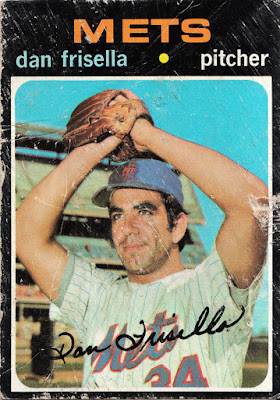 Well-worn and proud of it!  This copy of Dan Frisella's 1971 Topps card has some stories to tell, I'm sure.

There were some nice non-Mets vintage cards included, also... 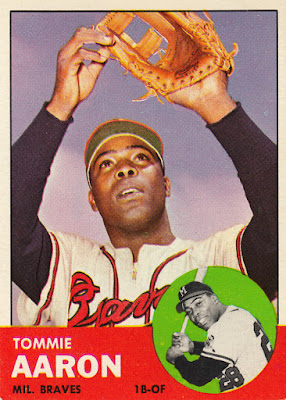 An iconic card of Hank's younger brother, Tommie, from the iconic '63 Topps set. 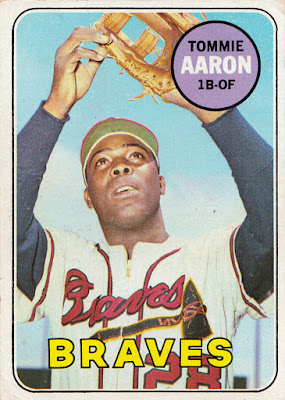 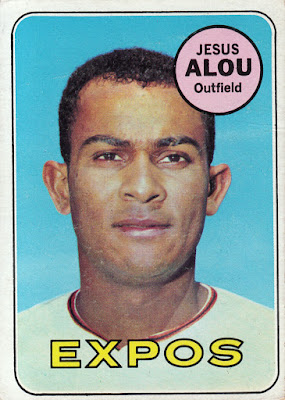 Also from the '69 set, one of the famed Alou boys.  This one is notable because Jesus never played an inning as an Expo.  He was selected from the Giants in the '69 expansion draft and was traded to the Astros just a few months later.  Interestingly, Alou plus the other two main pieces in that trade--Donn Clendenon and Rusty Staub--all wound up playing for the Mets during their careers.

Let's turn the clock ahead once again... 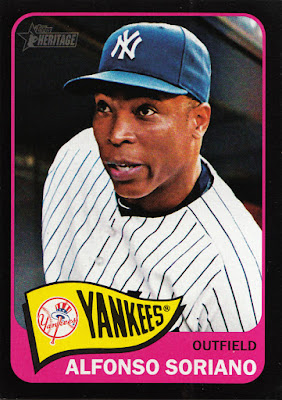 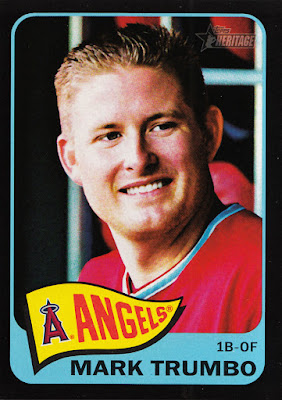 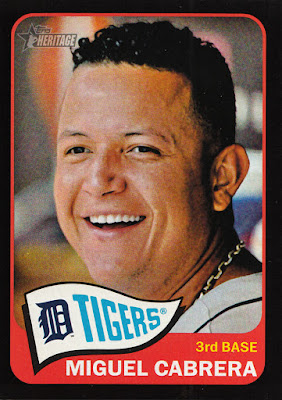 My heart be still!  I will always long for the black retail parallels that Heritage used to treat us to.  I love them with all my being.  Sadly, they are no more as of last year's release.  You used to get three of these bad boys per three-pack blister hangers at Target.  The blue and red parallels also were killed off last year like some semi-popular character from The Walking Dead.  With any luck, at least one of the colored parallels crawled under a dumpster and will resurface with 2016's Heritage release.  But, I'm not holding my breath. 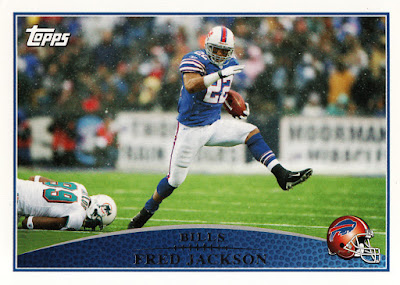 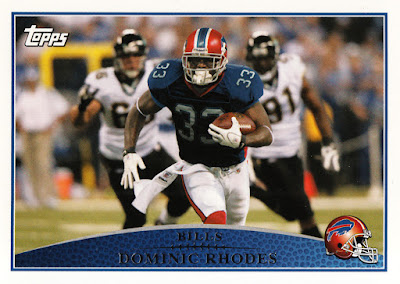 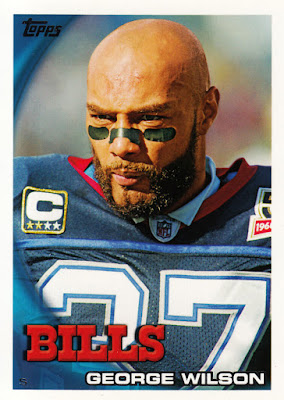 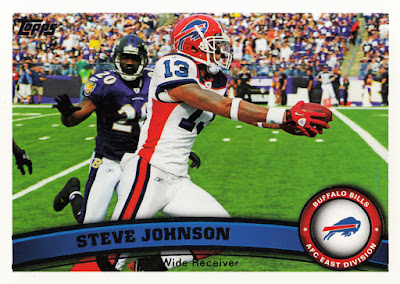 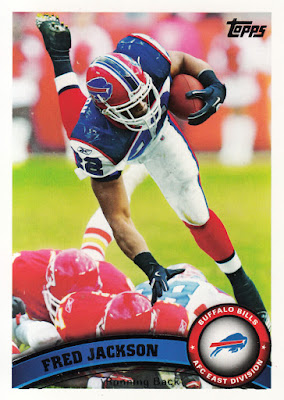 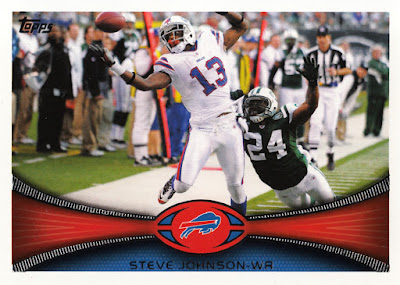 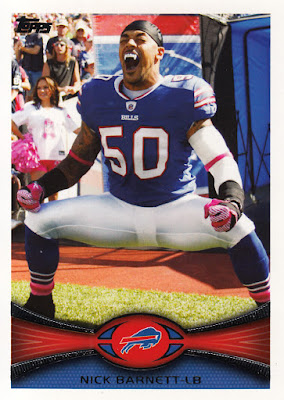 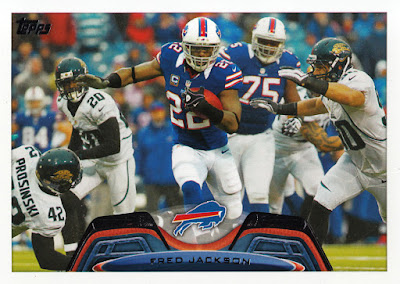 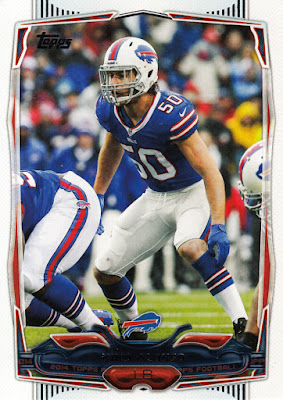 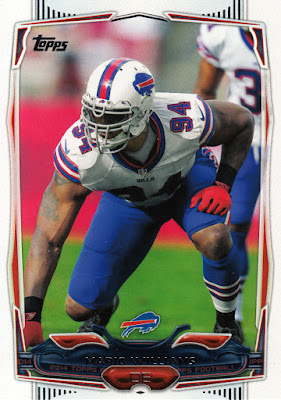 I sure did smell up the joint with my Super Bowl prediction, eh!?  Oh well, at the end of the day the result of any Super Bowl doesn't please nor disappoint me if it doesn't involve the Bills.  Maybe one of these days, before we all turn to dust, the fans of Buffalo will be treated to another postseason contest involving the Bills. Maybe.

Thanks for the great assortment of stuff, Stack!  And may Syracuse athletics be blessed, always.