Young Turks and Others 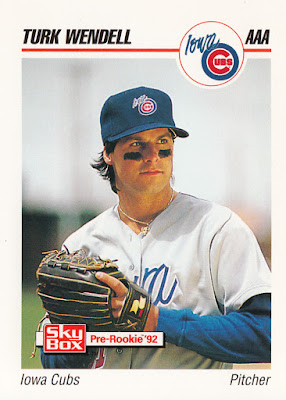 I haven't been to a card show yet this calendar year. My local fire hall was supposed to have its local show in late January, but stupid Winter Storm Jonas wiped that out. Thus, I'm kind of jonesing (Jonas-ing?) for a good card show.

The last show I went to was in December, and it was probably the best show I've been to in a long time. Mostly that was due to one seller who had an insane amount of great cardboard spread among nearly a dozen dime boxes.  I had the chance to maybe to go through three or four before time and money escaped me.

Anyhow, this weekend presents my next opportunity to attend a show at the ol' hall.  And that got me thinking about the last show and some of the neat cards I picked up.  I scanned a bunch of them for Zistle but didn't bother to post them here. 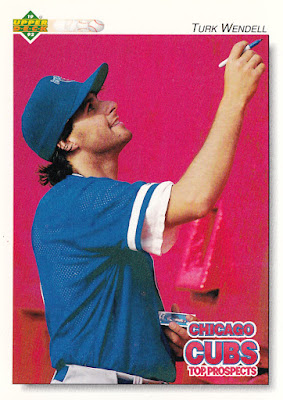 Can you beat not one, but TWO cards of Turk Wendell from his minor league days?!  Perhaps one of the most colorful players the game has ever known, Turk was also an instrumental member of back-to-back Mets playoff teams in 1999 and 2000.  I'll always have a soft spot for his cards. 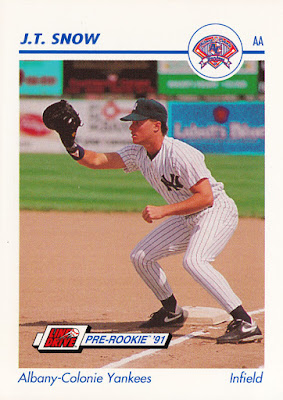 For some strange reason, I've always had this attraction to J.T. Snow cards.  I think it's because he was once such a highly-touted prospect.  Specifically, he was a highly-touted prospect in my early days of collecting as a kid, thus his cards represented the unattainable and/or the ultimate reward.  And, hey, he turned out to be a pretty good ballplayer, too, so why not collect him? 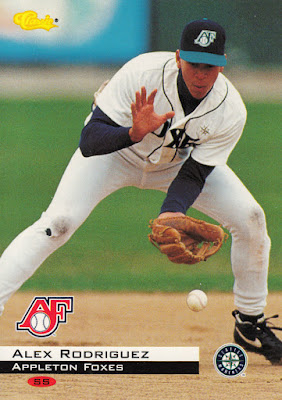 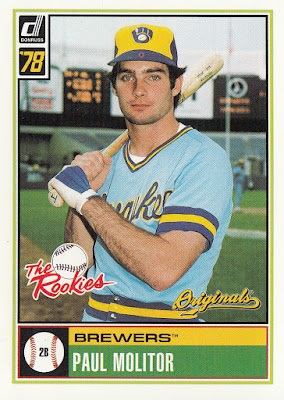 There were a pretty good amount of 2002 Donruss Originals mixed into contents of this seller's monster boxes. Of course, I'm a sucker for throwback products such as this.  The Molitor card you see above was from an insert set called "What If 1978."  In other words, if Donruss existed back then and they produced their "The Rookies" boxes set, here's what Paul's card would look like.  Count me as a fan! 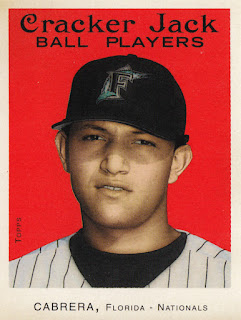 A 2004 Cracker Jack sticker of future HOFer Miguel Cabrera.  For just one little dime, it's hard to say no to a second-year insert of a guy like Cabrera. 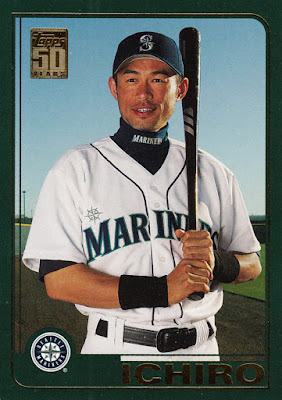 In 2006, I believe Topps produced inserts especially for packs sold at Walmart featuring the game's top players on past Topps designs (I know, what a unique undertaking!).  At least that's how I understand it.  So, this is Ichiro's card from that line of inserts.  It caught my fancy mostly because it features the Japanese star on the 2001 Topps design--the very same one that first introduced us to him! 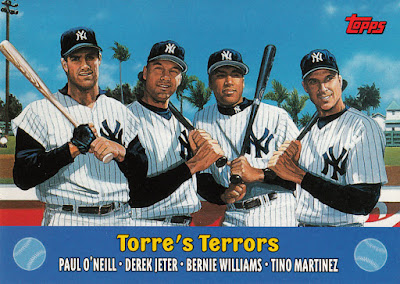 Boy did I detest those Yankees teams of this era, but it's hard to argue with their dominance.  It was unquestionably tough living in the NY-metro area as a Mets fan while the Yankee were wrapping up pennants or World Series titles seemingly every year.  Nonetheless, I had to have this card when I saw it.  Something about hating your enemies to the point of admiration.

Finally, the best for last... 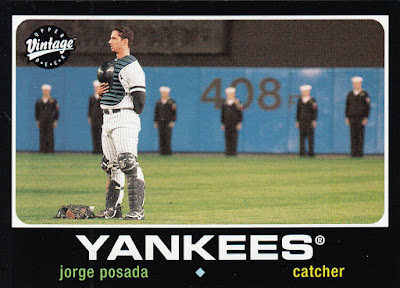 Boy oh boy, have I wanted this card for the longest time.  I believe I first became aware of it a few years ago on Nick's Dime Boxes blog.  And I've been hunting for it ever since.  The ol' pulse started to race when I came across a big run of 2002 UD Vintage cards in one of the boxes I was digging through at the show.  I flipped through the cards at an alarming rate hoping to finally catch a glimpse of this one and, as luck would have it, I did!

Oh the things that excite us as collectors.

Here's to hoping this Sunday's show can stand shoulder to shoulder with the last one...