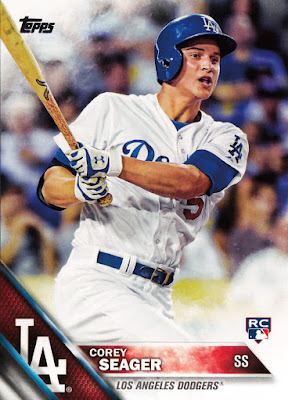 I only got around to scooping up my first pack on Saturday during a Target run.  I ponied up for just one 36-card pack.  Are those things considered "jumbo" packs?  I don't even know what's what anymore.  Oh, and I also got a single 12-card pack for my son's collection.  I've been able to get him pack of every Topps retail product since his birth year (2014).  So when it's time for him to catch the collecting bug, he'll have a nice big stash of packs to rip open and enjoy!

As for the brand-new edition of Topps, I'm still not sold on it.  It's easier to appreciate the cards in-hand than via internet scans, of course.  And I suppose I'll sufficiently warm up to them over time.  It seems I always do.

However, I more or less side with those who are dismayed by the overly digital treatment of the photos and the cable-access television design elements.  The cards are zoomed and cropped with reckless abandon and the smoky effects in the corners are putrid.  What should be a warm, fuzzy collectible is more or less a cold, antiseptic piece of card stock.  So, bravo, Topps.

My official "first Topps card of the 2016 collecting season" was a pretty snazzy one: a Corey Seager rookie. There are way worse ways to kick off your campaign.

I also managed to snag a pair of Mets among my 36 cards. 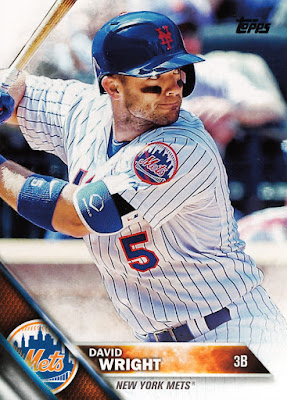 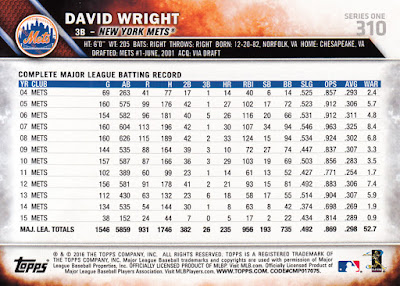 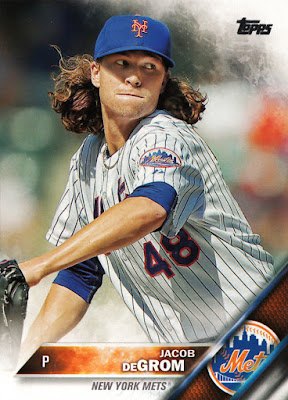 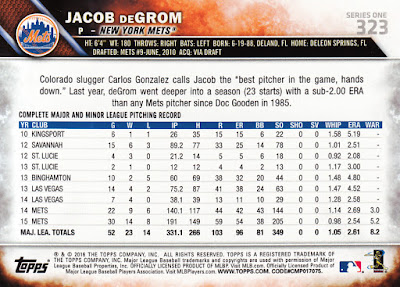 I won't bother showing you any of the others, since you'd no doubt had your fill of those on many of the quality blogs around the 'net.

I will, however, show you what I thought was the best photo from the pack.  It's also one I haven't seen on any of the blogs yet.  [If you showed it on your blog and you're reading this, I apologize!] 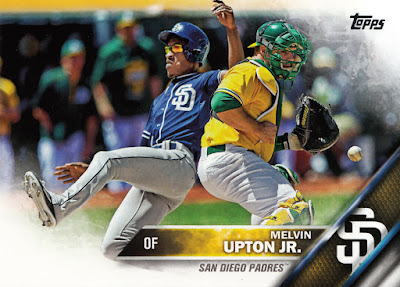 Of course, it would have to be a horizontal card.  Great action photo and it's only slightly ruined by the smoke-tinted corners.

I think this will be my lone pack purchase of Series 1.  As usual, I'll put a factory set on my Christmas list and go about it that way.  I have zero interest in any of the inserts, which are all tired and repetitive, quite frankly. The parallels are always fun, but I'll just hope to track them down in dime boxes or via trades.

In the meantime, enjoy your current and future pack/box breaks, folks!