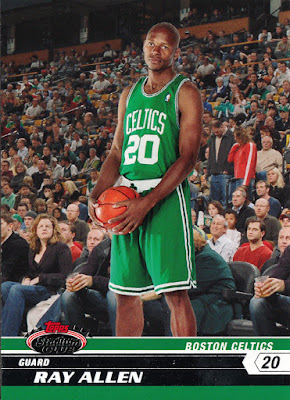 It's been a while since I've featured a basketball card in the lead-off spot, so here it is.  My Celtics are at the NBA's All-Star break with a record of 32-23.  That's good enough for third-best in the Eastern Conference!  Not too shabby for a team that wasn't expected to do much this season.  Heck, they even have an All-Star representative this year in PG Isaiah Thomas, who was selected as a reserve.

Ray Allen made a few All-Star teams during his time, including a few with the C's.  The card you see above is from 2007-08 Stadium Club.  Pretty weird that they green-screened a crowd in back of him.  Still, it's a pretty great card of the future HOFer.

This card came as part of a PWE from my good buddy Shane at Shoebox Legends.  Yes, the envelope was mostly Mets, but I have to prominently showcase a Celtics card from a New Englander.  It's a must!

Now, onto the baseball... 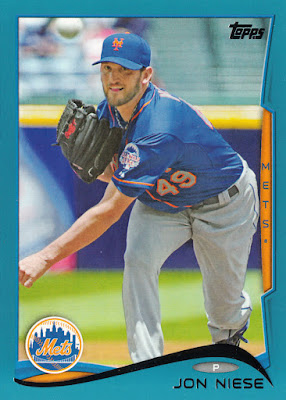 Mr. Niese will call PNC Park 'home' this season, as the Mets swapped him to the Buccos for Neil Walker. 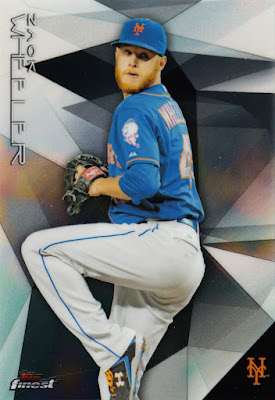 Mr. Wheeler should be back in the New York rotation right around the Midsummer's Classic. 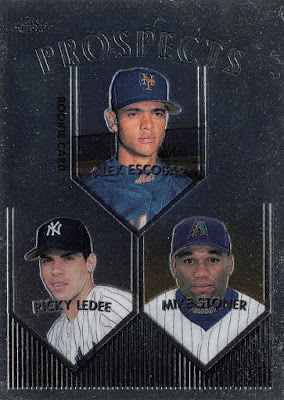 This is the chrome version of Mr. Escobar's Topps rookie card.  I guess Ricky Ledee turned out to be the best big leaguer of the three featured on this card. 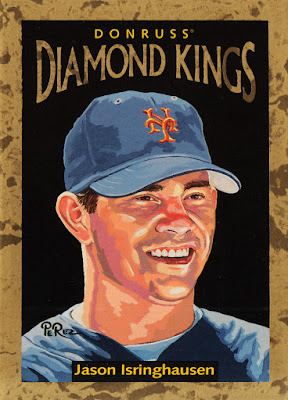 A Diamond King of Mr. Isringhausen from 1996 Donruss.  I think I might like edition of Diamond Kings better than all the rest. 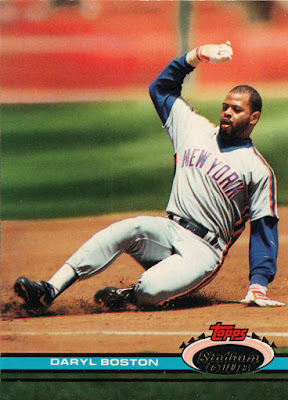 A card of Mr. Boston from Stadium Club's inaugural offering.  One of a few '91 TSC Mets cards that I still lack.  I think I'm down to two or three on the 'want list.' 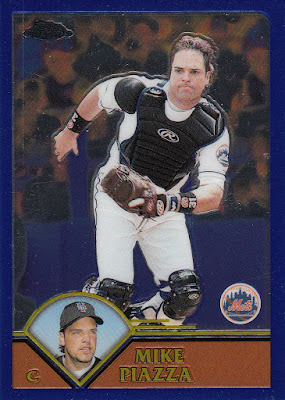 Maybe--no, scratch that--DEFINITELY the pick of the litter is this Pacific insert of my main man Lance Johnson!! I had to look it up, but this is part of an insert set called "Gate Attractions" from 1997 Prisms.  Never have I ever seen one of these before.  Really, really like this one! 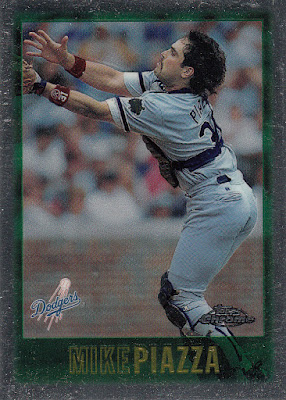 Another chrome selection of the newly-minted HOF catcher.  I think I like '97 Chrome a lot.  Mostly, Chrome is a turn-off because of the way the cards buckle and curl.  But I would overlook it for this set. 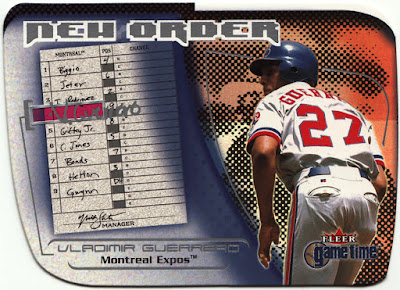 A most excellent insert of the great Vlad Guerrero from 2001 Fleer Game Time.  Not sure what's up with the unusual shape of the card, but I dig it nonetheless. 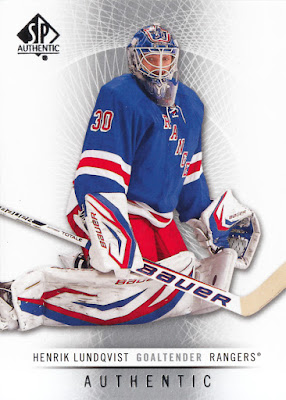 And we finish with another non-baseball card.  I'm totally okay with this.  I've been getting hockey cards--namely Rangers--pretty regularly from both Shane and Douglas (Buckstore Cards) and I love it!  Since I have next-to-nothing on the hockey front, it's fun to discover all the brands and sets from decades of collecting that never was.

Thanks for another brilliantly eclectic assortment of my favorite teams, Shane!