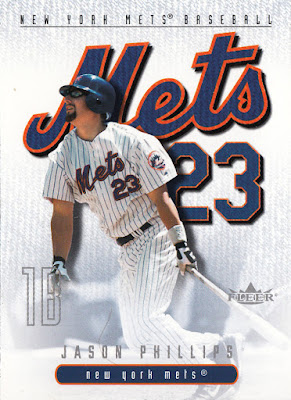 I've been on a real kick for oddballs of late.  That may be a tad misleading, since I'm never really off such a kick.  But, I've been especially hot on this trail over the past few weeks.  Inevitably, the trail veers onto eBay,

Well, I was fortunate to find a couple of toughies recently, both in the form of uncut sheets.  Both of them also originated as Sunday-edition inserts in the big New York City tabloids.  I was able to score both nine-card sheets for a winning bid of 99-cents a pop.  Since they both came from the same seller, I was able to save a little on shipping.  Both arrived at Camp Kaz for about five bucks total.  Not too bad, I think.

Normally, the uncut sheets make me a little jumpy because I know how incredibly capable I am of mangling the cards during the cutting process.  Luckily, my fears were washed away thanks to my lovely Mrs. K, who informed me she had this handy-dandy scrapbooking tool.  It's essentially a mini paper-cutter -- like a little guillotine for card stock -- and it was just PERFECT for my task.  See, it's a good thing I got hitched after all!

We'll begin with the 2004 New York Post Mets set produced by the good folks at Fleer (how I miss them!).  The cards look more like the cover of a pocket schedule, but they're nice overall.

In the lead-off spot is my main man Jason Phillips.  The most plodding runner of his time [Ed. Note: Seriously, John Olerud would embarrass him in a 40-yard dash.], JP also has some bad-ass rec specs.  He's one of my favorite former Mets to collect, and he also happens to be card No. 1 in this mini set.

Here's a look at the card back in case you're curious: 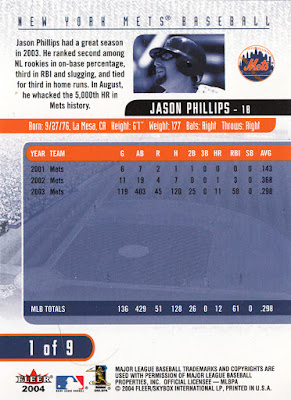 Pretty standard fare from Fleer for the time period.  Nonetheless, pretty nice for a freebie in a local newspaper.

Here's the rest of the set, presented in order of card number... 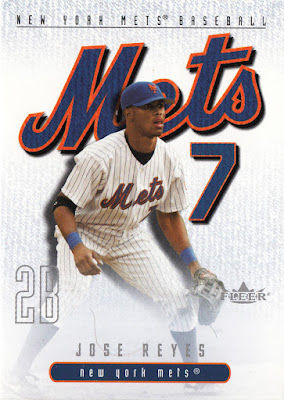 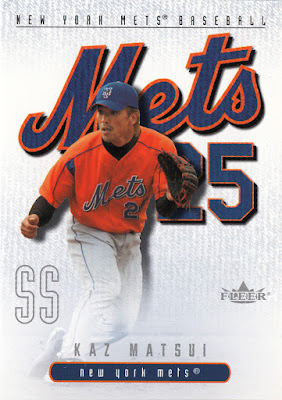 The 2004 season was Matsui's first in the American big leagues.  He smacked a homer on the first pitch he saw on Opening Day in Atlanta.  A truly auspicious start, but overall he never fulfilled the hype with which he arrived from Japan. 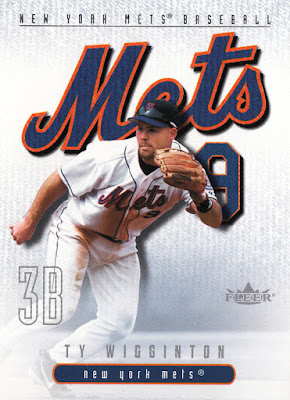 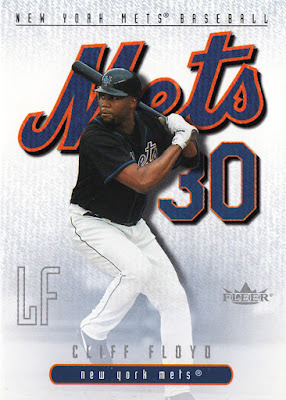 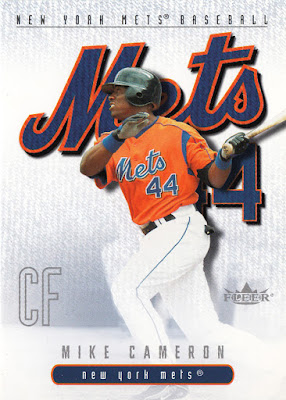 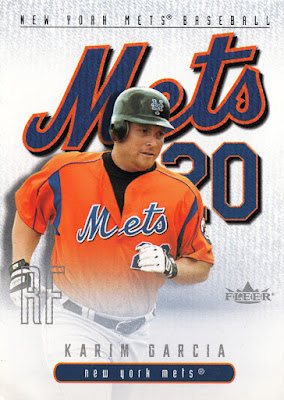 Not too many cards of Karim Garcia as a Met, so this is a nice under-the-radar piece of the puzzle. Every time I see his name, I can't help but think back to an exasperated Pedro Martinez, during an interview, wondering, "Who are you, Karim Garcia?" 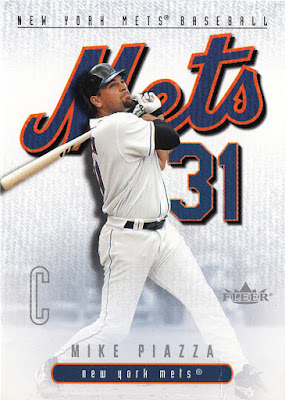 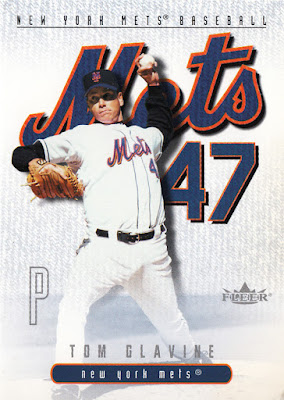 The lone pitcher to make the cut here.  The 2004 Mets were certainly no prize, but interesting that only one hurler is represented among the nine-card assortment.  Maybe they coulda gone with Al Leiter or Steve Trachsel instead of, y'know, Karim Garcia?  Just a thought.

Okay, let's fast forward a season and switch papers, as the New York Daily News -- in conjunction with Upper Deck -- offered up a nine-card set featuring stars from both of the city's clubs.  The uncut sheet was part of the paper's 2005 MLB season preview. 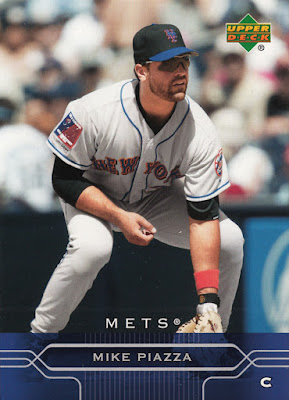 As you can see, the cards are nearly identical to the regular 2005 Upper Deck base cards, except there's no silver foil.  In that way, they're more like the First Pitch set that UD also released in those days.

The photo used for Piazza's card is also the same one that Upper Deck used for his flagship base card.  Kind of a bummer.  Don't mistake me; it's a great photo of Mike, but I prefer variety! 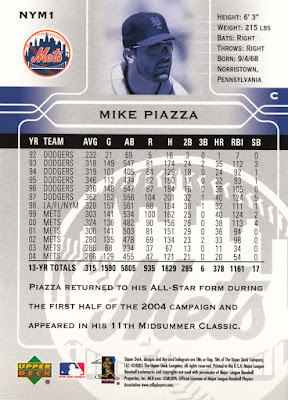 You'll note the numbering, which is specific for each team.  Otherwise, the card backs are again pretty much carbon copies of the normal '05s. 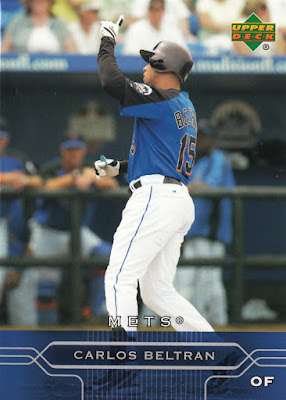 Now this is a nice bonus, as Beltran was still depicted as an Astro in the regular 2005 Upper Deck set.  Yeah baby! 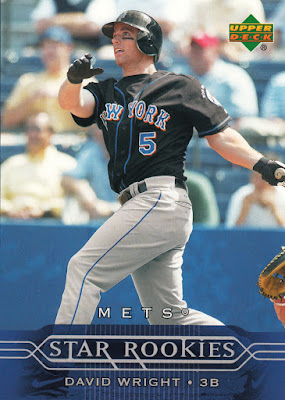 As with the Piazza card, this one is pretty much a replica of David's normal Upper Deck card from '05.  Again, a great-looking card, but let's mix it up, folks! 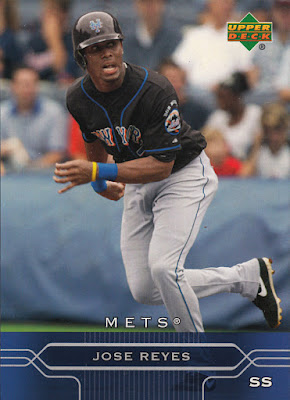 Now we're talkin'!  An alternate photo used here versus the regular base card.  I like!

One of the cards is a two-sided manager card.  Joe Torre got the front-of-card treatment because he's treated like a god-king in New York.  Something about four World Series rings.  I get it. 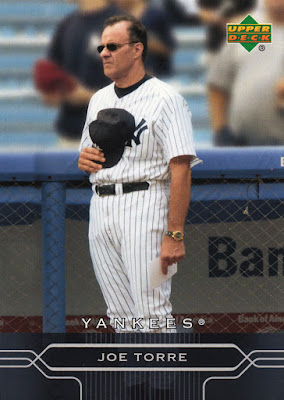 At least it's a cool picture of the formerly "Clueless Joe."

The back of the card is much nicer, though. 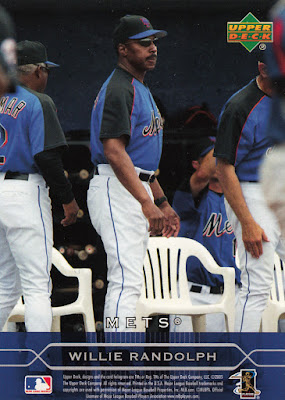 I'll let you figure out which side of this card will be facing front when this card resides in a future Mets binder.

Oh, and in case you should care, here are the cards of the guys from the town's other team... 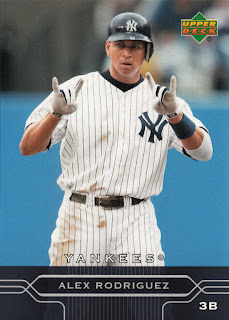 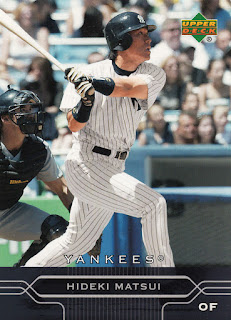 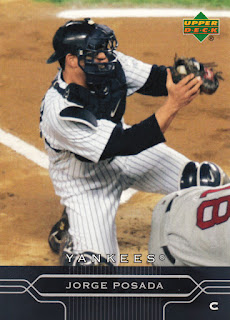 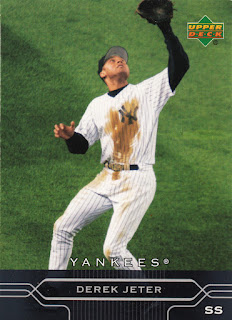 Yes, yes, they're nice, I guess.  I especially like the Posada.  That one and the Jeter are photo variations from the regular UD cards, while the A-Rod and Godzilla are essentially identical.  Pretty cool to have a Jeter oddball that's really, uh, odd.

Oh, and you'll also observe that neither team's player selections included a pitcher.  Again, what's up with that??

Anyhow, that's all the news that's fit to print, folks.  Thanks for dropping by!