Forget Tim or Sandy, Jeff is My Duncan! 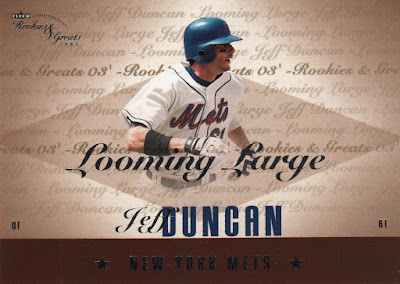 My main guy Shane up at Shoebox Legends HQ in Rhode Island was at it again recently, shooting me a PWE chock full of Mets goodies.

In the little note he included with the cards, Shane quipped that he had another card for my "Jeff Duncan collection."  This alludes not only to his last PWE which included a nice on-card auto of the former flash-in-the-pan, but also to the fact that I've got a weird fascination for collecting the lesser players from the teams annals. Of course, Shane's the same way about his Red Sox collecting habit.  I think that's why we hit it off so well!

No, I don't have a vast collection of Duncan's cards, though I wish I did.  As it stands, this is just the fifth card of the speedy outfielder that populates my Mets collection.  That means Shane is directly responsible for 40% of my Duncan inventory.  Impressive, sir.  Impressive!

Speaking of impressive, there's more than meets to the eye to this one... 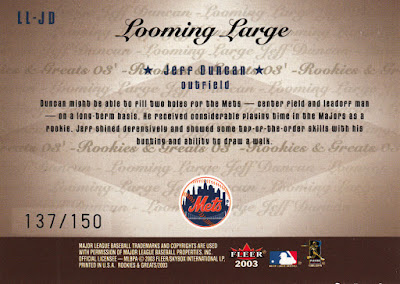 Numbered to 150, perhaps making this the rarest of my Duncans.  I still favor the Bowman Heritage auto the best, but this one is a solid second, Shane!

Onto the rest of the PWE... 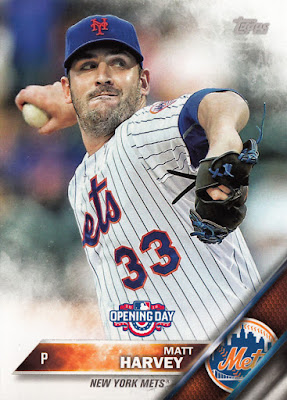 A pair of Matt Harveys, including his 2016 Opening Day base card, as well as a fancy parallel from 2014 Panini Prizm... 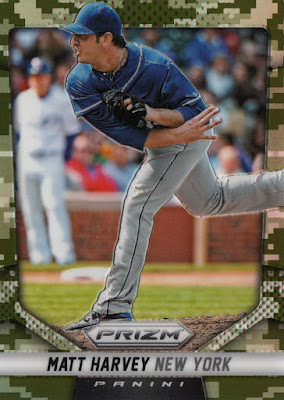 This is a Camo Prizms parallel of Harvey's base card.  Essentially, the "Prizms" tag denotes that this is Panini's version of a Topps refractor.  A pretty unique card, I must say.  I don't have any other camo parallels in my collection, from Topps or otherwise. 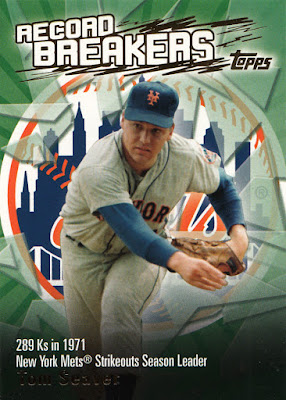 An early 2000's insert of The Franchise, Mr. Seaver, celebrating his 289 strikeout season in 1971.  That's still good for the best single-season strikeout effort in Mets history. 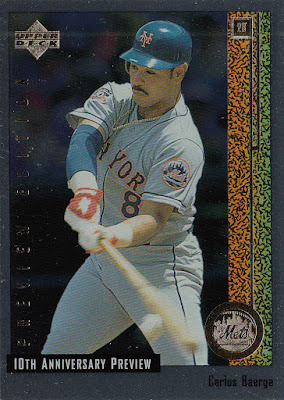 Though he spent just a few seasons in Flushing, Baerga is my guy.  I admired him when he was a Cleveland Indian, and I loved him as a Met.  His best days were in this rearview when he arrived in Queens, but his heart and hustle were quite endearing to a younger, impressionable Me. 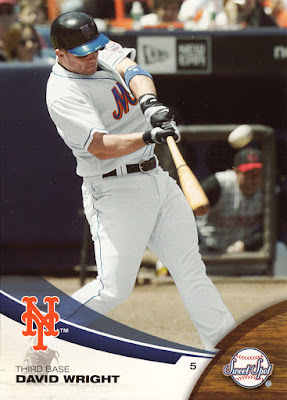 This marks my first card from 2006 Upper Deck Sweet Spot -- at least from the regular base set.  I think I have a Beltran from the Update release.  A good-looking card, I think. 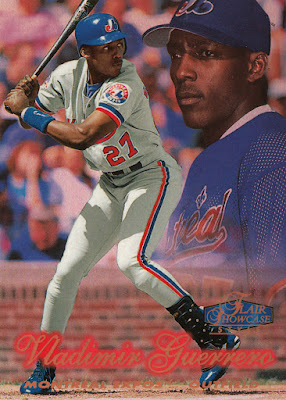 This here is a Vlad Guerrero that was on my Zistle want list.  And, as he always does, Shane delivers!  Though certainly not as imposing as my Jeff Duncan cache, my Vlad collection is decent.  I'm getting quite close to the 400 plateau -- just nine shy! 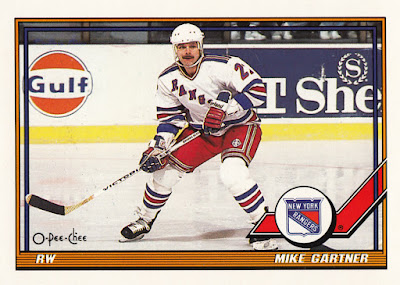 For good measure, a hockey card of my favorite childhood Ranger.  By the way, does the design featured on this card not remind you of this year's Topps flagship design?  Take a look at the Harvey card again and then look at this.  It's the hockey stick in the bottom right corner. 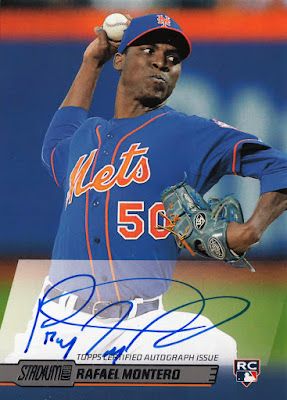 The true centerpiece of yet another fantastic PWE is this Stadium Club auto of Rafael Montero.  That's two straight PWE's from Shane that have included ink.  Talk about spoiled!  Raffy isn't exactly near the top of the Mets prospect list these days, but any auto of a guy who put on a Mets uniform is a special addition as far as I'm concerned.

Thanks for beefing up my collections -- big or small -- as usual, Shane!  I've got another one for ya ready to launch later this week!