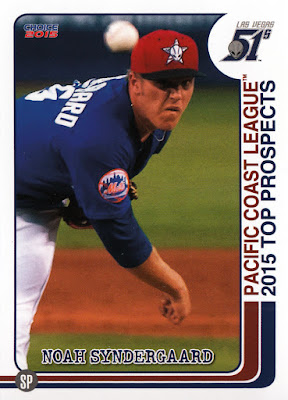 It's been a while since I've had the honor of swapping cards with my good buddy Marcus of Backstop Cards. It's always a pleasure to receive correspondence from the Padre-loving Texan, as it was his blog that inspired me to jump into the blogging circle back in June 2012.  In that way, I owe him a great debt of gratitude, since blogging has opened the door to many terrific hobby experiences that I'd never enjoy otherwise.

So it was, a nice yellow mailer arrived a week or so ago that contained many an amazin' card!  That is to say, cards which benefited my Mets collection, my player collections or my set-building pursuits.

Let's start with the jaw-dropping minor league beauty in the lead-off spot.  Noah Syndergaard is my favorite current Met and, simply put, I'm in awe of this card.  It's a bit of a take-off on the 1982 Topps 'hockey stick' design (which is a very good thing!) and features a badass photo of Thor from his Triple-A days in Vegas.

Check out the holiday-inspired cap he's wearing, by the way.  I'd guess this was from a game played on July 4th or Memorial Day, but his Las Vegas game logs from 2014 and '15 don't indicate that he pitched on either holiday.  Like Area 51 itself, this is a mystery to me! 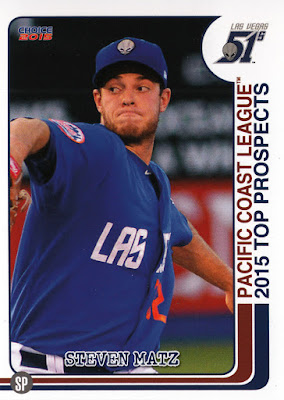 Also included in this package were the other two Mets from the 2015 PCL Top Prospects set.  That means exciting young lefty Steven Matz who is pitching great baseball for the Mets so far.  Like the Syndergaard, this is a freakin' sweet card and an A+ addition to the ol' collection! 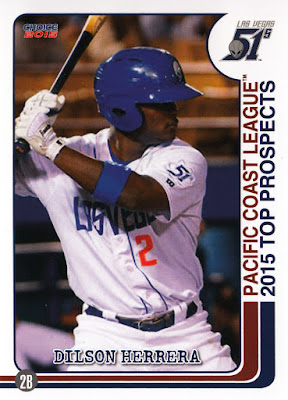 After cups of coffee in the bigs the past couple seasons, Dilson Herrera began 2016 at Las Vegas and is presently leading the club in home runs.  With the middle infield cemented in New York, I don't see Dilson coming to Queens anytime soon -- save for injury to either Neil Walker or Asdrubal Cabrera, of course. 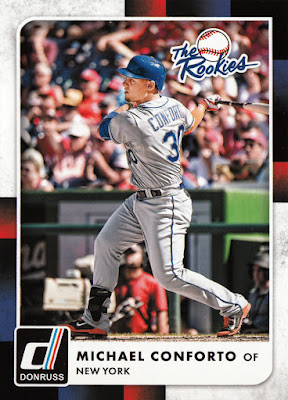 The parade of young stars continues with this awesome Michael Conforto insert from this year's Donruss.  I've been eyeing up this card on COMC and eBay for quite some time, so I was naturally geeked to find it among the mix that Marcus made for me.  The nod to '88 Donruss really does it for me! 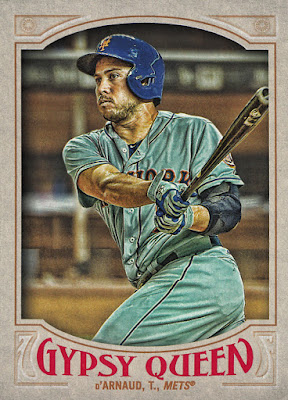 This Travis d'Arnaud card represents my second Met from 2016 Gypsy Queen.  It's a set that is growing on me by the day.  I can't wait to go to the next card show at my local fire hall to scoop up some more singles from this set...and hopefully the rest of the Mets! 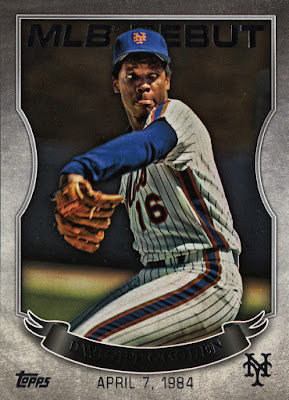 A "MLB Debut" insert from this year's Topps flagship.  It's certainly a nice enough card, and probably one of the better-looking inserts concocted by Topps in recent memory. 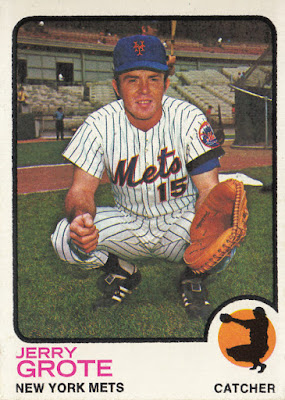 A Berger Your Mom Threw Out?  Not quite, chico.  This here is an archival copy of Jerry Grote's Topps card from 1973.  And, might I add, in nearly pristine shape.  One of Jerry's best cards!

Moving on from the Mets to a player collection addition... 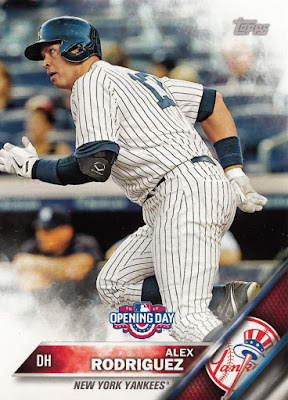 Opening Day A-Rod.  It's my second card of Alex from the current baseball card season.  His flagship Topps card will have to wait until Series 2. 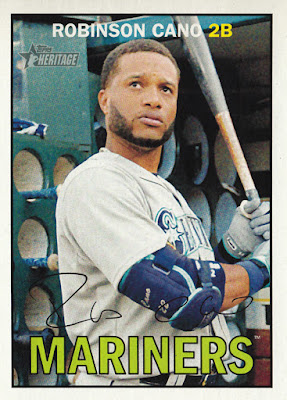 Last but certainly not least is this snazzy SP of Robinson Cano from the current Heritage release.  Batting rack and dugout photos are too few nowadays, in my opinion.  I like this one a lot!

Marcus, my good man, thanks for a terrific bundle of loot.  I look forward to many more years of trading cards with ya.