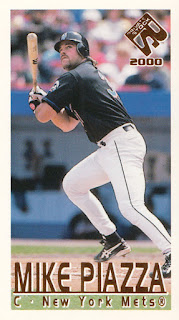 I received an email a few weeks back from Bo who operates Baseball Cards Come to Life.  He had come into a mass quantity of Mets cards and was looking to deal them to a Mets collector -- Me!

In advance of me sending him anything, he promptly shipped me a USPS box stuffed with hundreds of cards. Sure, there were many dupes, but there were plenty that that I needed for my collection. 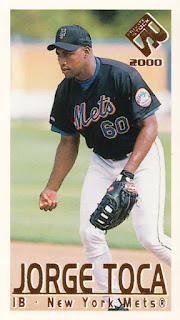 These Pacific Private Stock 2000 minis of Mike Piazza and former prospect Jorge Toca were maybe my favorite part of the assortment since I can't recall seeing too many Pacific minis in my travels.

But, that's just the tip of the iceberg.  There was plenty more in the mix to get excited about... 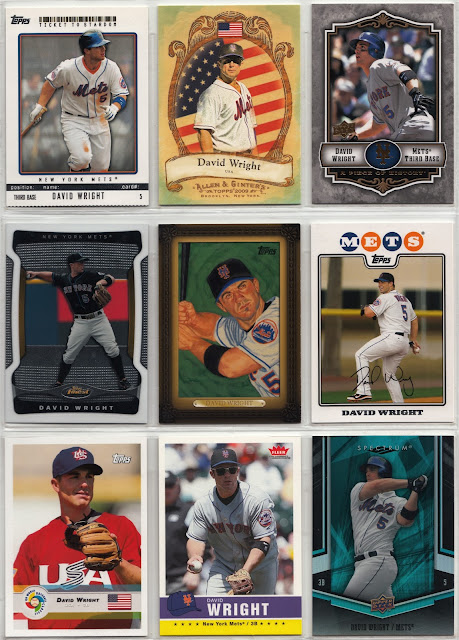 A page-worth of new David Wrights! 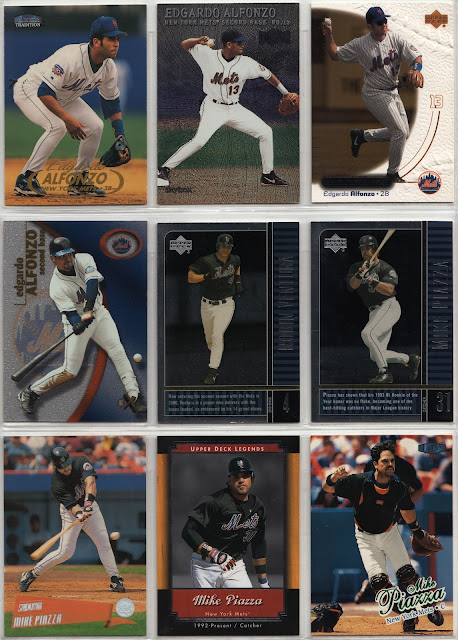 Fonzies, Piazzas and a lone Ventura. 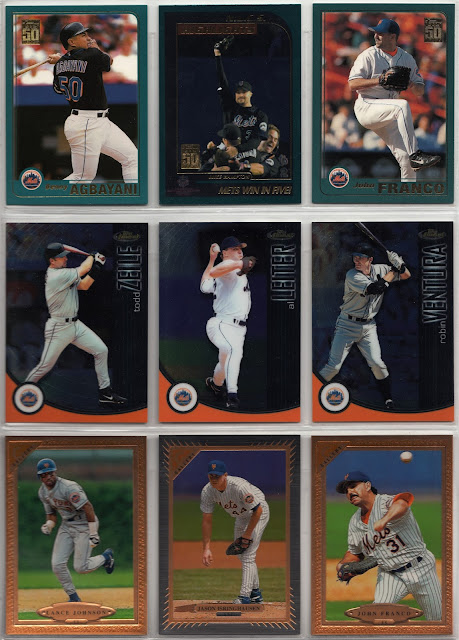 2001 Finest (center row) and 1997 Topps Gallery (bottom) are a couple of sets for which I lack depth, so I was happy to receive these. 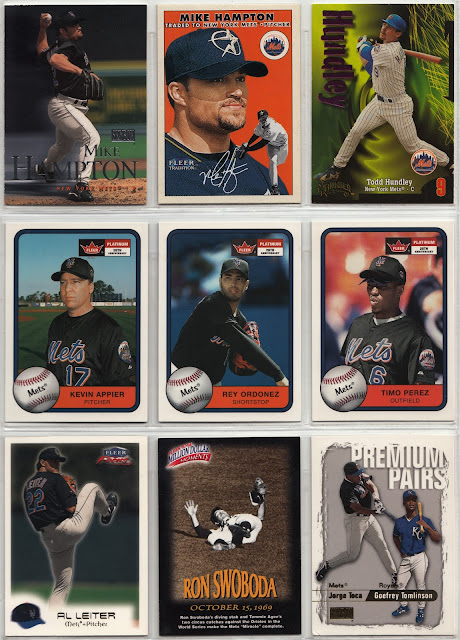 I was ecstatic to find some Fleer Platinum base cards (middle row) I needed! 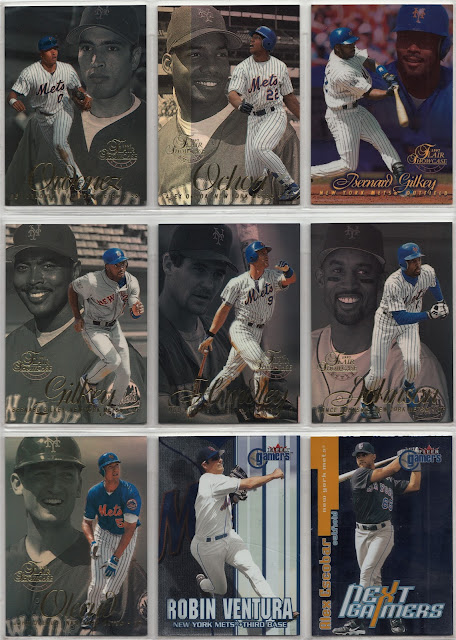 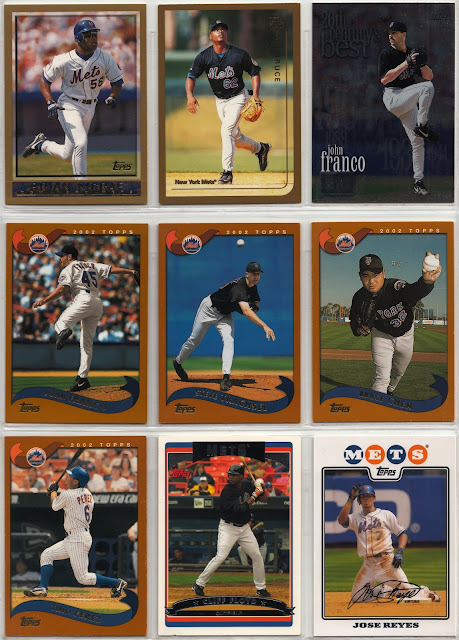 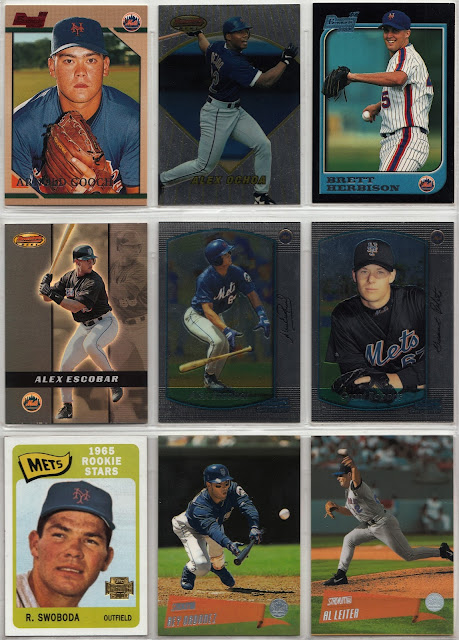 How neat is that Ron Swoboda Archives card? 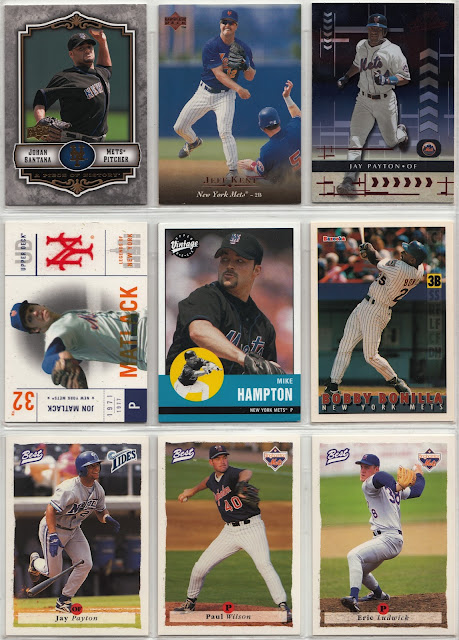 Since becoming an avid team collector, I've also become a very big fan of minor league cards.  Even guys who never made the big club, like Eric Ludwick (bottom, right). 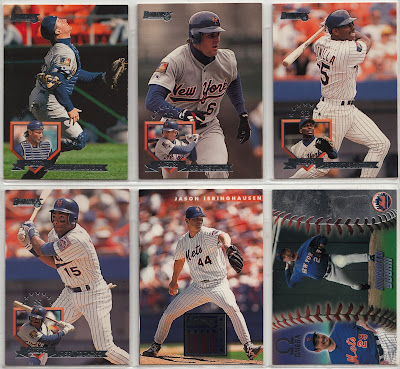 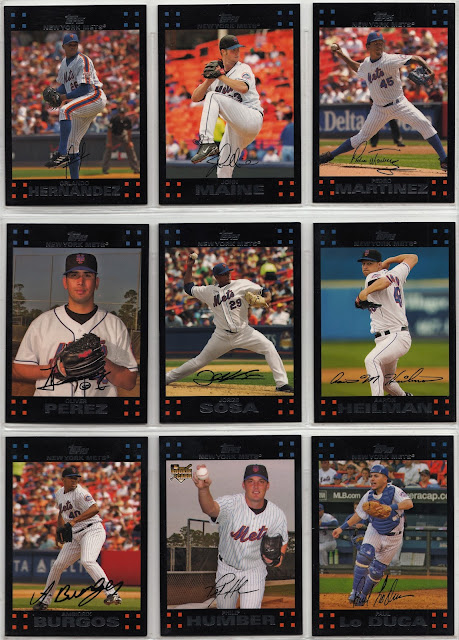 Well, these aren't just normal '07 base cards.  Rather, they are part of the expanded team sets (or "gift sets") that Topps released for a few club. 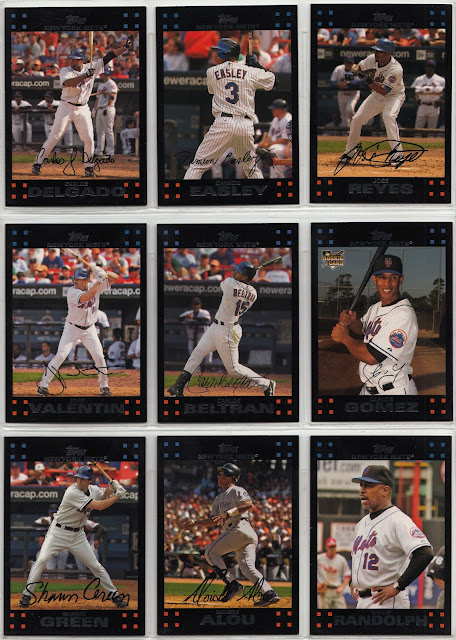 The checklist is comprised 55 cards, included coaches which I greatly enjoy!  Additionally, some -- not all -- of the cards feature alternate photos from their flagship counterparts.  Reyes (top, right) and Beltran (center, middle), for instance. 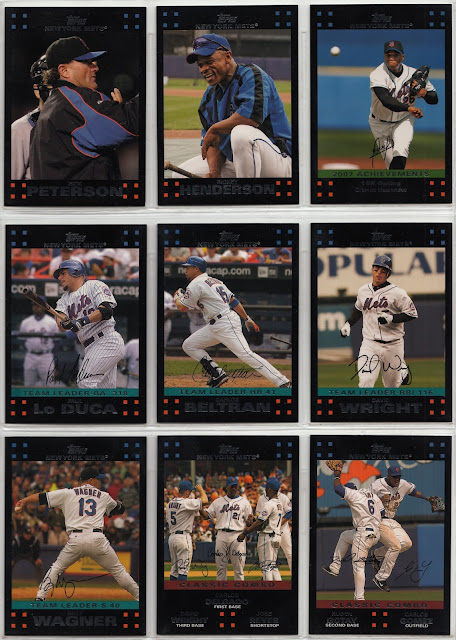 I mean, where else are going to get a card of Coach Rickey Henderson (top, center) or former pitching coach Rick Peterson (top, left) 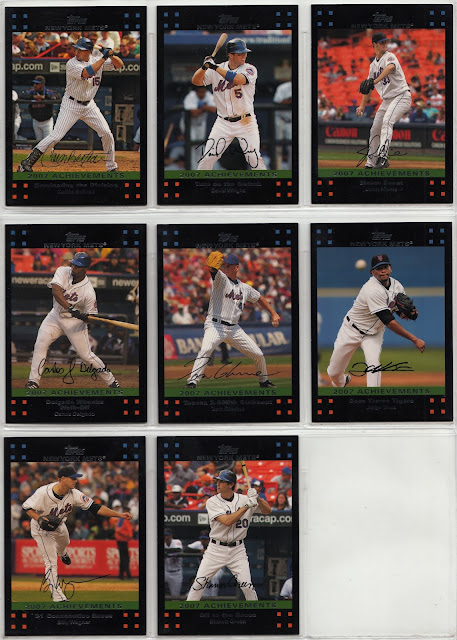 The back end of the checklist is made up of team statistical leaders and also season highlight cards.  It's interesting that the highlight cards are from first few months the 2007 season.  Thus, you can deduce that these gift sets were released towards the end of the '07 regular season, or even after it.

Anyhow, Bo's lot included 35 of the 55 cards from the gift set.  Normally, my OCD receptors would tingle over an incomplete factory team set, but these were such an unexpected and pleasant surprise, that I don't mind in the least.

Thanks a lot for reaching out to me, Bo!  I know there are lots of Mets collectors in the blogging world, so I'm honored that you had me in mind for these cards.