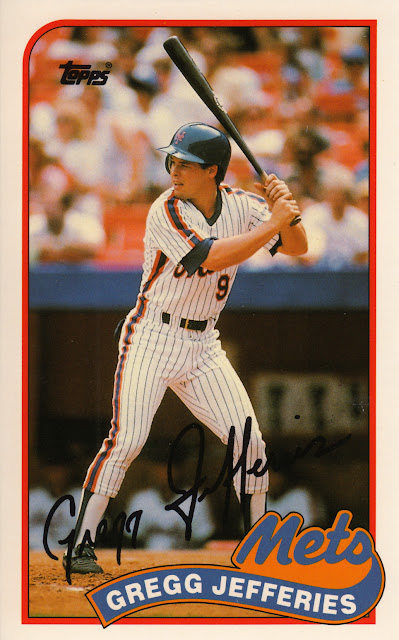 When I was at the National Sports Collectors Convention a few weeks ago, I found a big stash of 1989 Topps Baseball Talk packages.  I picked out three packages that contained Mets cards and called it a day.  In retrospect, for just $1 or $2 per pack, I should have gotten many more packs.  After all, the 1989 Topps set is my sentimental all-time favorite.  But, what can you do?

Anyhow, I finally got around to busting one of these open not too long ago.  I've been kinda back logged in regards to putting together trade packages and scanning cards and updating checklists, etc.  Thus, the delay with these guys.

The cards are significantly taller and wider than your standard 2.5 x 3.5 cards, creating a crisis of proper storage.  I don't think there are pages or individual protectors made to specifically accommodate these cards, so I guess I'll need to improvise somehow.

Before opening the pack, I was expecting the cards to be much thicker than normal cards since, y'know, they're supposed to contain some sort of technology to produce sound when inserted into the special card player.  But, the card stock is virtually the same as a standard card and the fronts of the cards have basically a Topps Tiffany treatment to them. 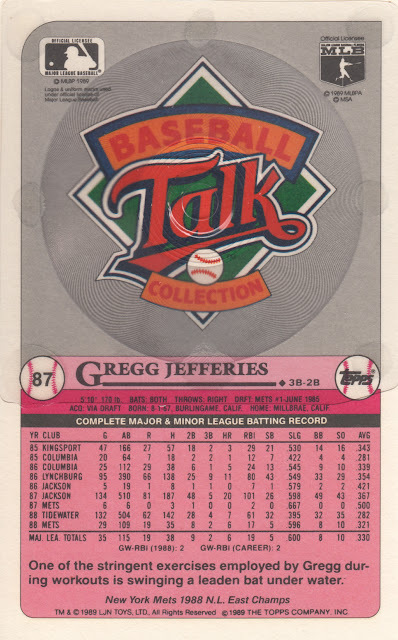 Here's your card back.  The circular pattern thingie on the top half of the card is where your audio is embedded. The bottom half is a nearly identical reproduction of Gregg Jefferies' iconic Topps card from the '89 flagship set. The only difference is the card number (he's #233 in the flagship set) and the addition of the "New York Mets 1988 N.L. East Champs" note at the bottom of the card.

Since every package of '89 Baseball Talk indicated the cards included therein, I was also expecting a 1986 NLCS card. 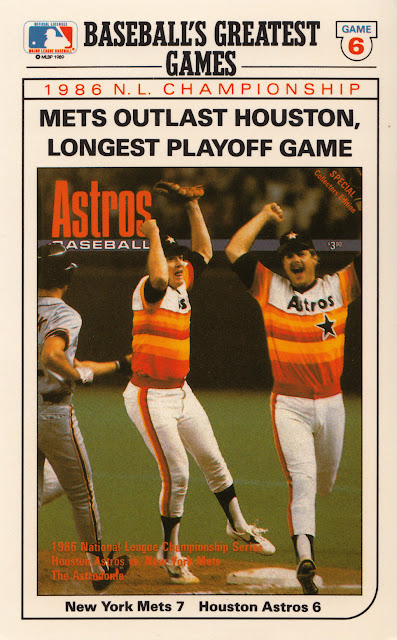 Originally, I was bummed at the photo choice on this card since, well, the Mets won the damn ballgame! However, it all made sense when I realized the image on the front of the card is a reproduction of the official game program which fans could purchase at the Astrodome that day.  So, that's pretty cool.  Still, it's the ugliest "Mets card" in my collection! 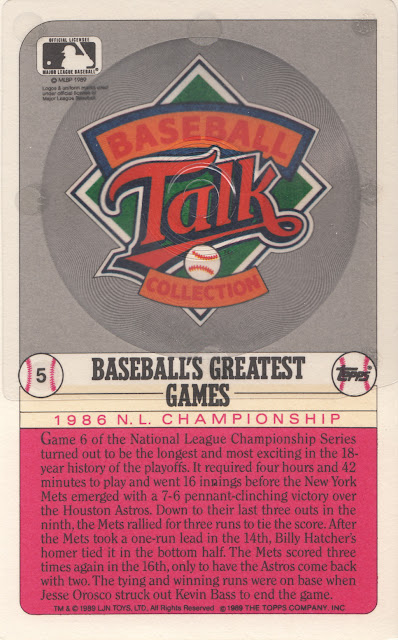 I'ts a good thing I was only six years old when this game happened.  I probably would've had a heart attack five times over while watching it.  And, even if I survived, Game 6 of the subsequent Series would have finished me off for sure.

The two other cards in this pack are no slouches. 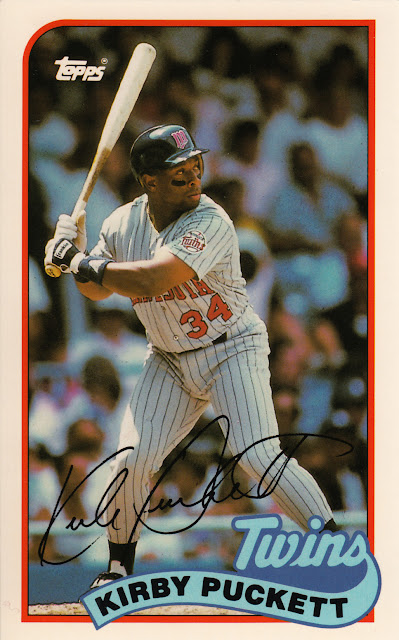 I really like how the facsimile autographs look on the '89 Topps design.  This is a terrific looking card of the late Minnesota superstar. 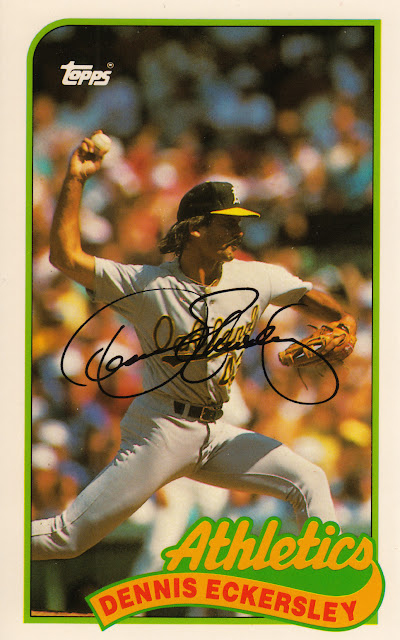 From looking at quite a few scans of other cards in the set, every once in a while you'll get a photograph that has a lot of wasted space up top.  Kinda like in this card of the Eck.  The perils of an elongated format, I guess. Strange placement of the autograph, also.

I'll eventually open the other two packs I purchased, thereby freeing the Dwight Gooden and Keith Hernandez cards trapped within.  Then again, if I can't figure out how to properly store them, I might just leave 'em put.