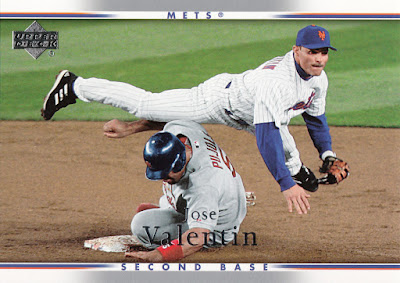 My buddy Nick at Dime Boxes once again provided me with a PWE chock full of cardboard sunshine.  Plenty of Mets and a few player collection additions to share today.

Since one of Nick's mini-collections is "Double Dips," I had to lead off the post with this awesome action shot of Jose Valentin getting airborne to avoid former MVP Albert Pujols.  I'll go out on a limb and say that this play occurred during the 2006 NLCS.  Just a hunch.  By the way, this card receives a first-class ticket to my Horizontal Heroes frankenset! 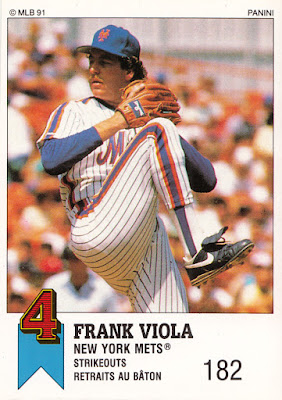 A rather large Panini Canadian sticker from 1991.  I'm so used to the miniature size of the present-day stickers, that this one struck me by surprise.  A nice addition to the Frank Viola corner of my Mets collection which now numbers 38 cards. 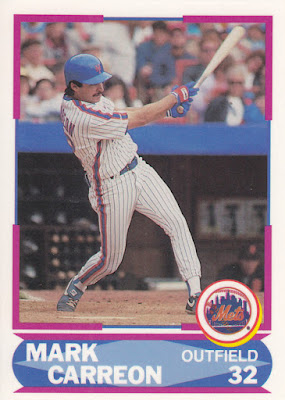 It's probably fitting that a franchise as quirky as the Mets would have such a rich tradition of gifted pinch hitters. From Kranepool to Staub to Carreron to Lenny Harris, there have been some good ones in Queens!  Carreon cracked eight pinch-hit taters as a Met, which I believe is still a club record. 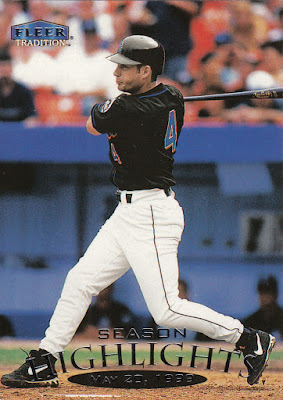 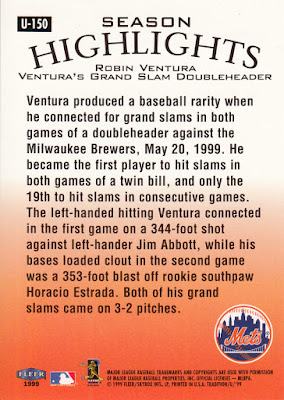 The only thing more impressive than Rockin' Robin's feat was the two-grannies-in-one-inning trick turned by St. Louis's Fernando Tatis in 1999.  Strangely enough, Tatis would play for the Mets to finish out his big league career. 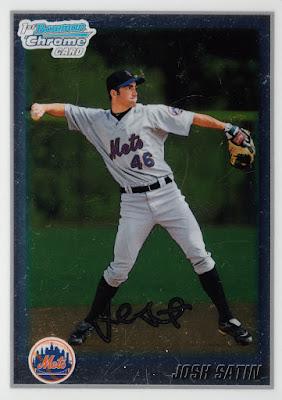 I always assumed Josh Satin's initial appearance on a trading card was in the 2012 Topps flagship set.  I guess was wrong!  It turns out this one -- from 2010 Bowman Chrome -- is his true rookie.  And, thanks to this card, I discovered that Satin's also featured on one of those four-player, floating-head "Rookie Stars" cards from 2012 Heritage.  How did I miss that?? 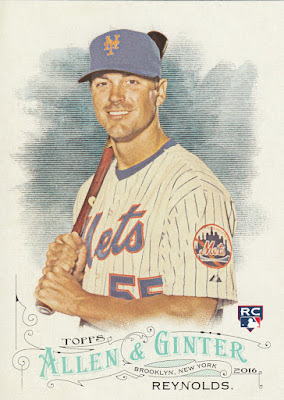 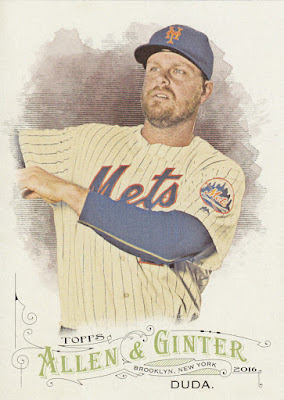 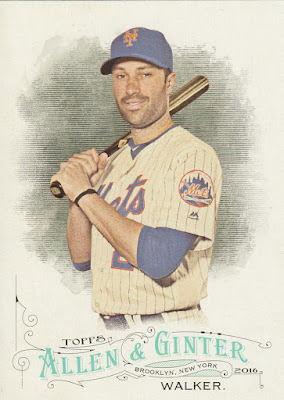 I somehow didn't stumble across any dime boxes containing '16 A&G at the National earlier this month.  But, I'm happy to finally get my hands on a few Mets from the set. 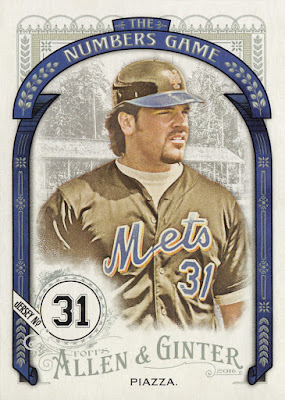 And even an insert!  Usually, I'm befuddled by or disappointed in Ginter's insert themes, but this one I like a lot. I've always been enamored with players' jersey numbers. 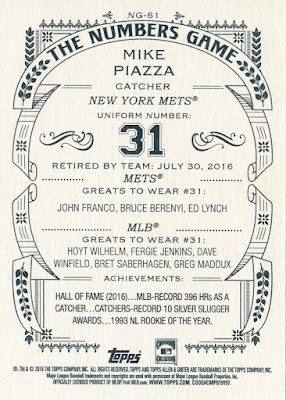 The use of the word "Greats" as in "Mets Greats to Wear #31" is quite liberal here.  Undoubtedly John Franco is an all-time great Met, but Berenyi and Lynch?  Well, let's just say they were both nice players. 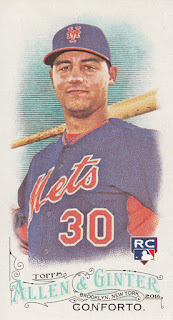 A mini Conforto!  My collection of Mets minis isn't vast -- I've only just completed two full pages -- but I've managed to gather some really good ones to this point.

I've not lost faith in young Mr. Conforto yet.  He's ripping up Triple-A pitching and, hopefully, will still have a big say in New York in September.

Okay, some non-Mets cardboard before we part company... 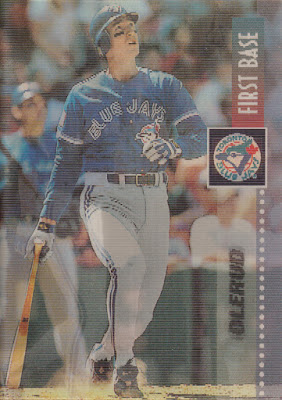 Olerud's swing is every bit as sweet even when captured on a SportFlix card! 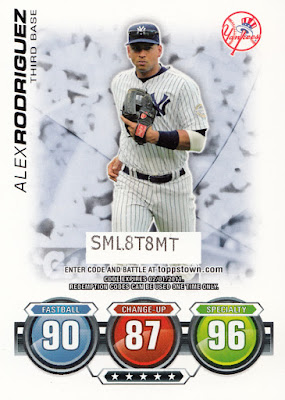 Are any of you old enough to remember Alex Rodriguez from his playing days? 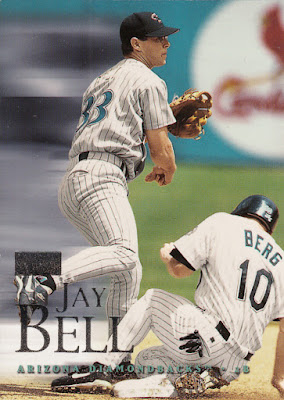 A short-time Met, Jay Bell is one of those guys who I've always enjoyed collecting.  As a glasses-wearer myself, I think I secretly always admired Bell cos he was a very good player who didn't opt for contact lenses or corrective surgery or whatever.

If you think that's strange, you're absolutely right! 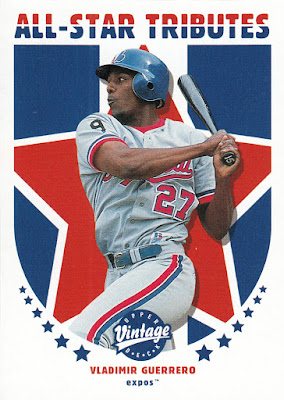 This great UD Vintage insert of Vlad polishes off the terrific PWE from Nick.  The "9" patch on Guerrero's sleeve?  (I had to look it up!)  The Expos honored the memory of legendary Montreal Canadien Maurice "Rocket" Richard who passed away during the 2000 season.  Richard wore No. 9 for the Habs.

By the way, did you know the Expos have an active Twitter account?  Well, I didn't, but I'm a follower now!

As always, thanks for a fun and colorful collection of the cards, Nick.  Much appreciated!