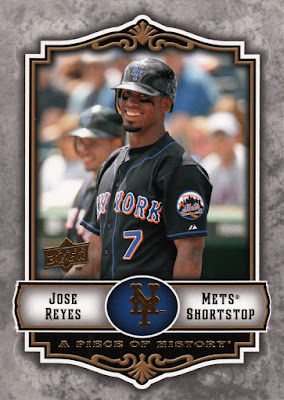 Lots of Zistle activity to recap over the next couple weeks.  Let's start with my 37th entry into the trading ledger.

I've exchanged cards with fellow Zistle member Hittinaway previously, but I'd forgotten how generous he is.  In addition to the cards we agreed upon, he also sent some extras from my 'Want List.'

The lead-off card is one of the five cards I was expecting to receive.  I've now got four Mets from the 2009 Piece of History base set -- just three to go for the team set.  Really nice cards -- definitely in my top-5 non-flagship releases from UD. 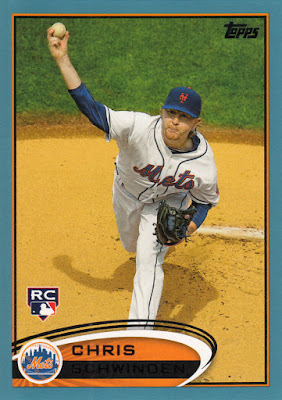 Blue parallel of Chris Schwinden, who pitched all of seven games for the Mets over two seasons. 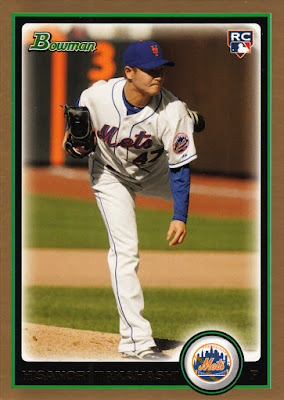 Sticking with the parallels, a golden Bowman issue of Hisanori Takahashi from 2010. 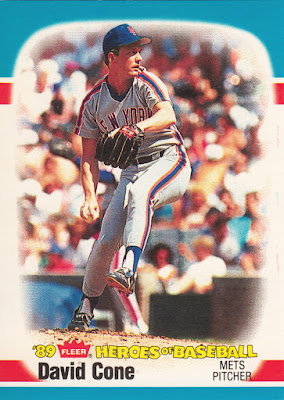 You'll always grab my attention with some late '80s Fleer oddballs.  I thought I had a good grasp on the various mini boxed sets that Fleer put out there, but I think I missed this one. 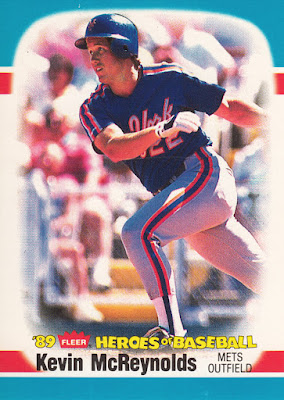 Kinda reminds me of the '87 Fleer flagship design.  At least in terms of the blue.  A quick note about the photo choice:  It's strange that Big Mac is shown wearing a blue spring training top that features the script 'New York.' Strange because this is a card from 1989 and the Mets only wore the script tops for the '87 season.  Unless I'm mistaken and they wore the script for ST games thereafter.  Might have to look into that.

Now, onto the bonus cards! 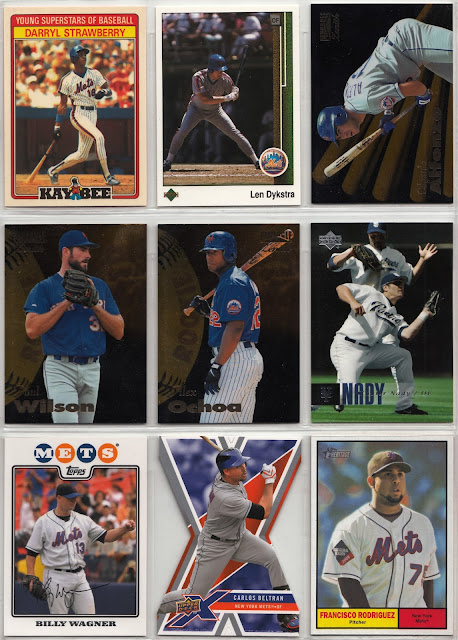 Bonus Mets!  Yep, even the Nady is a Mets card despite the photo depicting him in a Padres uni.  The Beltran X is a die-cut, by the way.  Nice variety, hitting on sundry needs.

But, the extras didn't stop with just Mets cards.  In addition to cards of the Blue and Orange, I also have a number of horizontal cards listed on my want list... 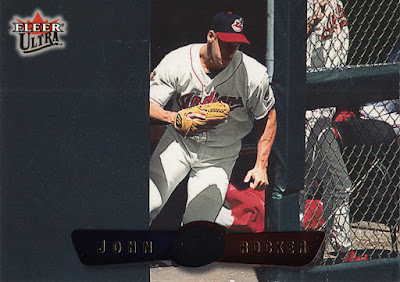 One of the great villains in New York sports history, John Rocker.  If you can get past the subject on the card, you've gotta admit this is one dandy piece of cardboard!  Definitely ticketed for the Horizontal Heroes frankenset. 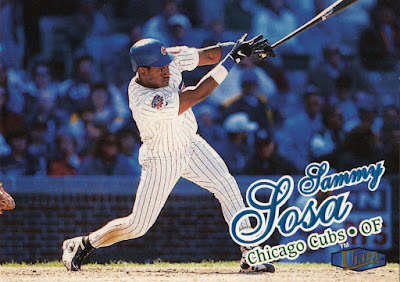 I can't turn down a new Slammin' Sammy for the collection. 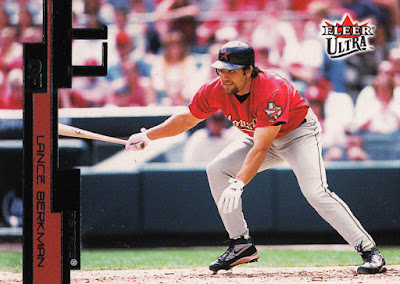 I wonder what sort of result Berkman achieved from this sort of follow-through.  Looks like he just used a sand wedge out of the trap. 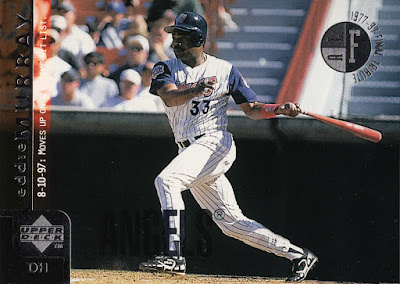 Nothing to dislike about this one -- Eddie Murray's final Upper Deck base card...as an Angel.  In the '98 UD set, Murray also had a Dodgers card in the second series.

Let's get more upright for these final three... 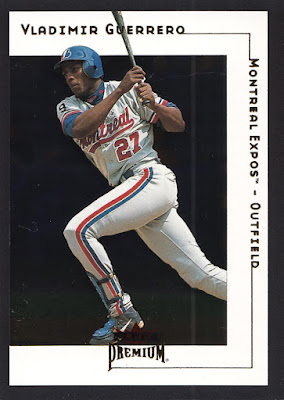 The 411th different Vlad Guerrero card in my collection. 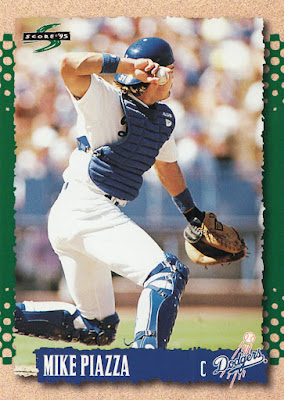 A very cool base card of Mike Piazza from 1995 Score -- still one of the most underrated baseball card sets of its time period. 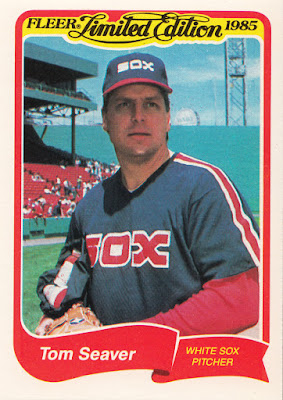 Recall what I said about Fleer oddballs from earlier.  This a great design; one Fleer would revisit down the road with its 2004 Tradition set.  Awesome backdrop on this card, too.  Plus, y'know, it's Seaver.