A Trade with the Guru

I just want to see if he's paying attention.

Oh, the whole "guru" thing is a throwback to one of Night Owl's posts from late August where he lamented being the answer man or the perceived "guru" of the sports card blogosphere.  Not that he proclaims himself as such. But, if you're anything like me, you hold this guy and his opinions and, thus, his blog in pretty high regard.  I know I've learned a lot about the hobby and gained a greater appreciation for it just by reading his copious postings over the years.

So, perhaps "sage" is more apropos?

Well, whatever you want to call him, Night Owl is someone I greatly respect.  So it was with much excitement that was able to swap cards with him recently.

He's one of the bazillion Dodgers bloggers in the universe, so naturally I sensed an ex-Dodger theme to the cards I received.  Which works out just fine for me, since I collect a lot of players who once called Chavez Ravine home.

I got some Piazzas, a couple Jeff Kents, a few Strawberrys, and even a trio Robin Venturas.  All great and valuable additions to my collection.  [Ed. Note:  Umm, all these guys are ex-Mets, too.  How 'bout that?]

But, probably my favorite cards from the ex-Dodger delegation (and, yes, another ex-Met) took the form of these two Pedro cards: 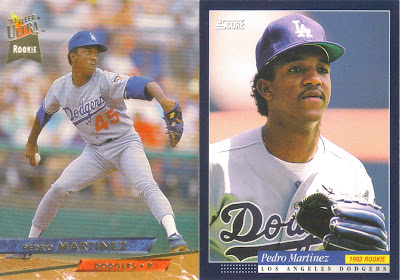 But, while I really appreciate and enjoy the cards for my player collections, it was the following grouping that really got me excited about the package I received from the Great Sage: 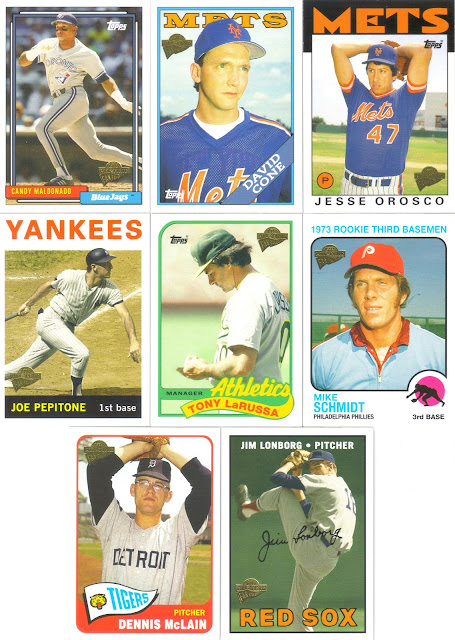 Yessir!  Can I tell you how much I love Topps Fan Favorites?  And all of these are from the 2005 set, which I have listed on my "Wanted!" page.  Topps absolutely hit a home run with the premise of this product, in my opinion.  I hope someday they decide to resurrect this idea for a full-scale set, rather than just relegating it to a short-print sideshow for the Archives release.

Anyhow, many thanks for a most excellent exchange, N.O.!