Last post, I flaunted the trove I recently received from Marcus at All the Way to the Backstop.  And now, as promised, the wholesome goodness that were the contents of the package Robert at $30 a Week Habit floated me.  "Random generosity" as he termed it in the note that was included.

To my delight, Robert provided me with a Topps Heritage fix.  I'm working on the 2011 and 2012 base sets, so these are right up my alley.  I've really become addicted to the Heritage product over the past few months.  More than that, it's now my favorite of all the Topps sets.  I only wish I had jumped on the bandwagon from the beginning.

Anyhow, first a sampling of the 2011 cards I received: 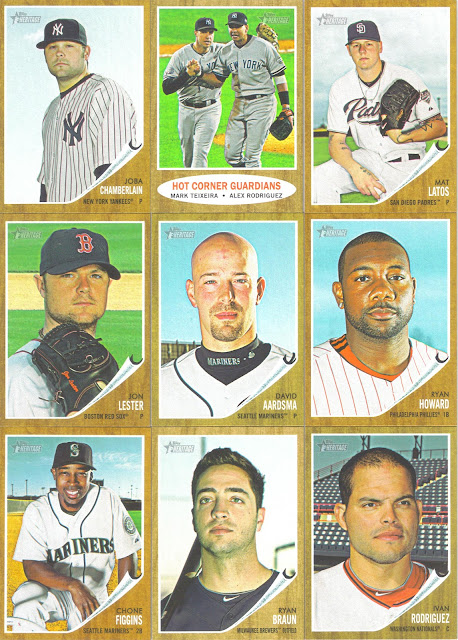 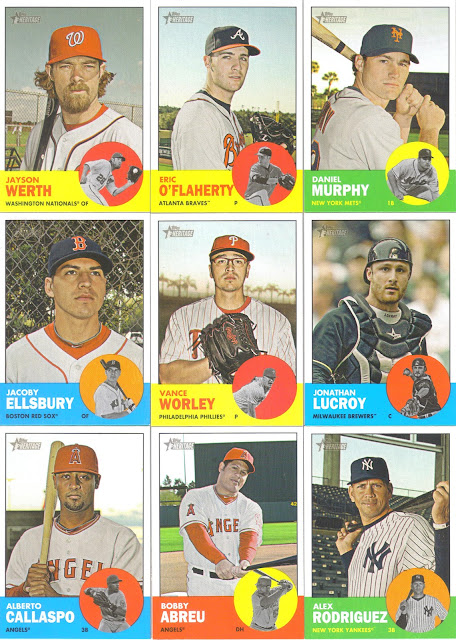 Thanks to Robert's contribution, I'm down to 68 cards needed to finish off the non-short print portion of the the 2012 set.  Lots more than that still needed polish off the '11 edition, but I'm getting closer.  I'm not going to stress of the SPs for either year's set.  That doesn't mean I'm not going to still actively hunt, beg and pray for them, but I fully understand that I will most likely never get 'em all.  It puts my OCD into overdrive to admit this, but I'll survive.

Robert, thanks a bunch for satisfying my Heritage sweet tooth!