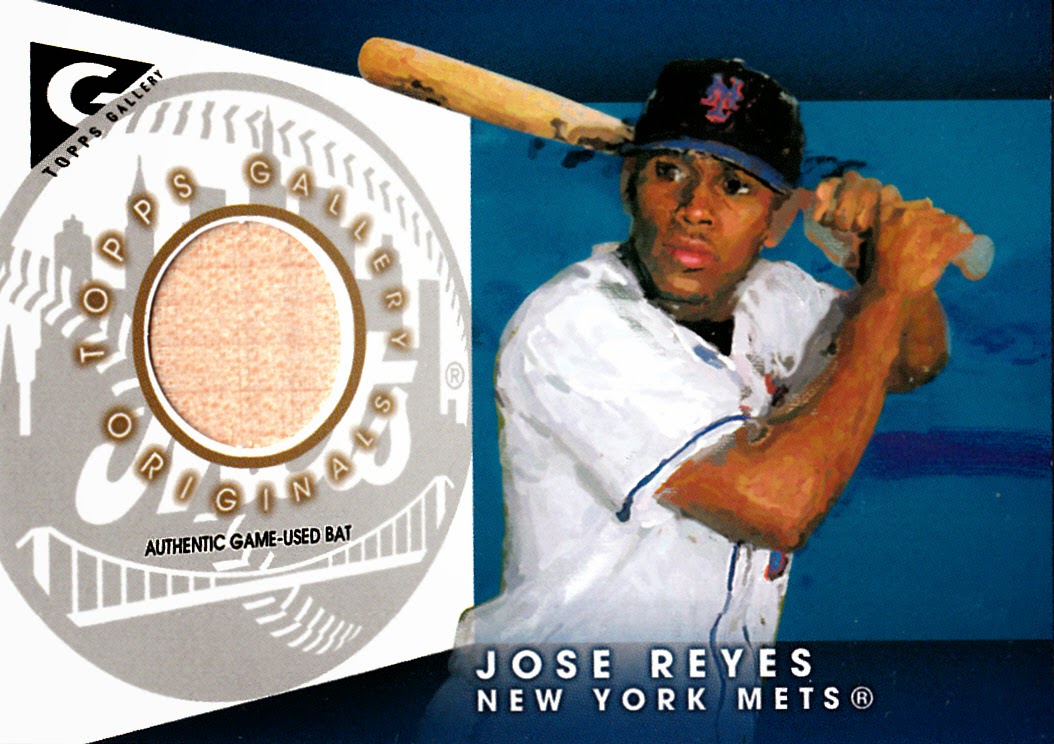 Hope you all had a great Easter Sunday!  We enjoyed our first big holiday with the little guy, and he did great.  Lots of new people all up in his personal space, yet he didn't freak out once.  Pretty sensational for a baby not yet four months, I'd say.

The Easter Bunny took care of the the boys in our household.  Gabriel got a couple new packs in his basket: one Heritage and one Opening Day.  Including the Series 1 Topps pack I got him when the stuff hit the shelves, he now has three unopened packs to enjoy when he gets old enough.  I figure I'm going to get him a single pack of every 2014 Topps release.  That means I'll still be on the lookout for GQ, Ginter, Archives, Series 2, Update and Stadium Club (maybe?).

As for the big kid (me!), the Bunny got the same kind of cards as Gabe, but Daddy's were supersized.  I got three jumbo packs of Heritage and six packs of Opening Day -- my first taste of the latter. 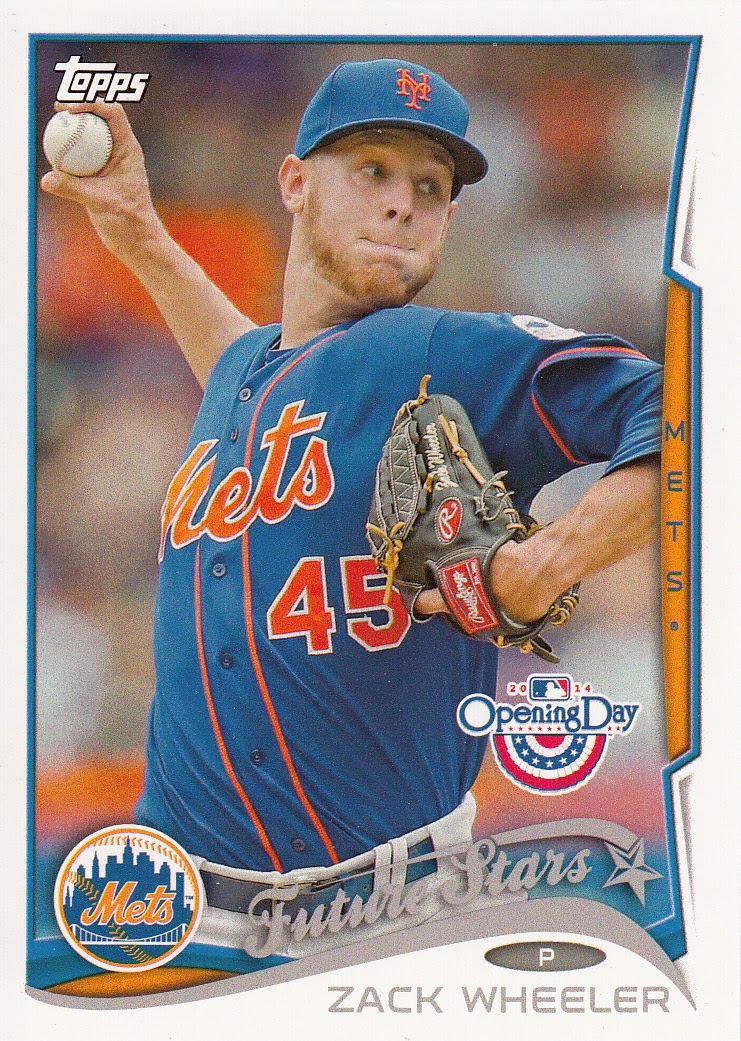 My favorite card of the Opening Day lot was this Zack Wheeler "Future Stars."  It just so happens that Wheeler also took the ball for the Amazins on Easter Sunday and threw six pretty effective innings.  The Mets won it in 14, thus Zack didn't factor into the decision.

In addition to the packs, Mrs. K...err, the Easter Bunny also did a little COMC shopping.  One day, I hope to catch her in the act of doing this.  I'm always impressed to see what she comes up with, so I'd love to know how she goes about picking out her purchases.

Anyhow, the 2005 Jose Reyes Gallery bat relic you see at the top of the post was one of the cards nestled into my basket.  [Ed. Note: What, you don't get Easter baskets anymore?  Shame!]  A very awesome card, and one that I never knew existed. 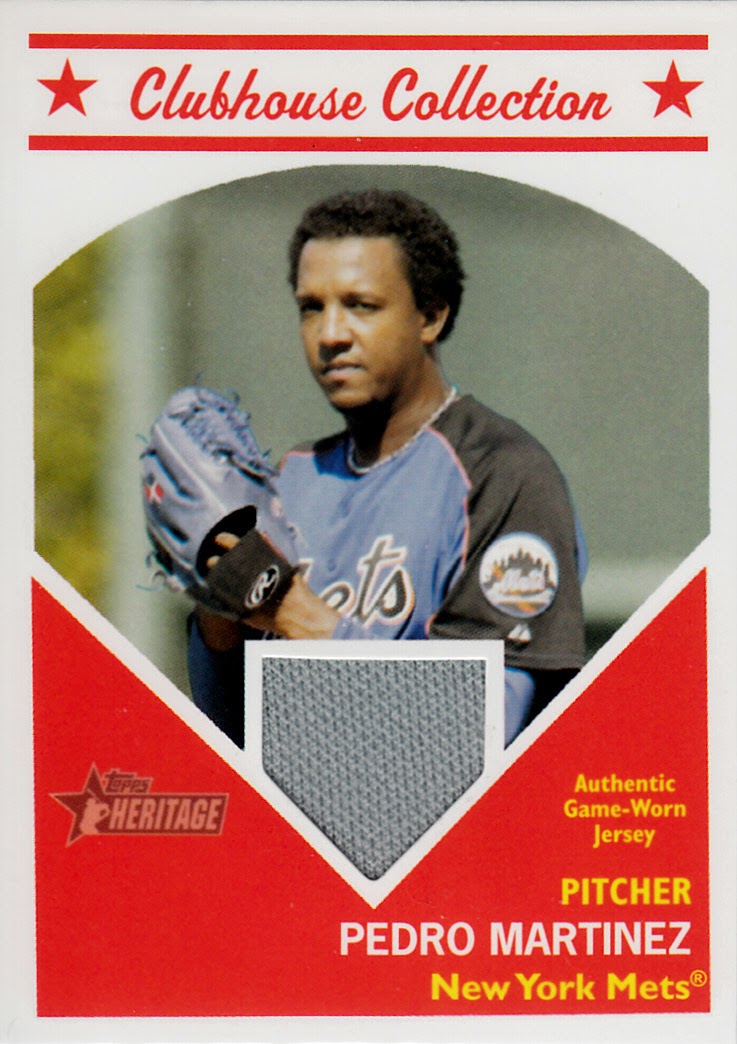 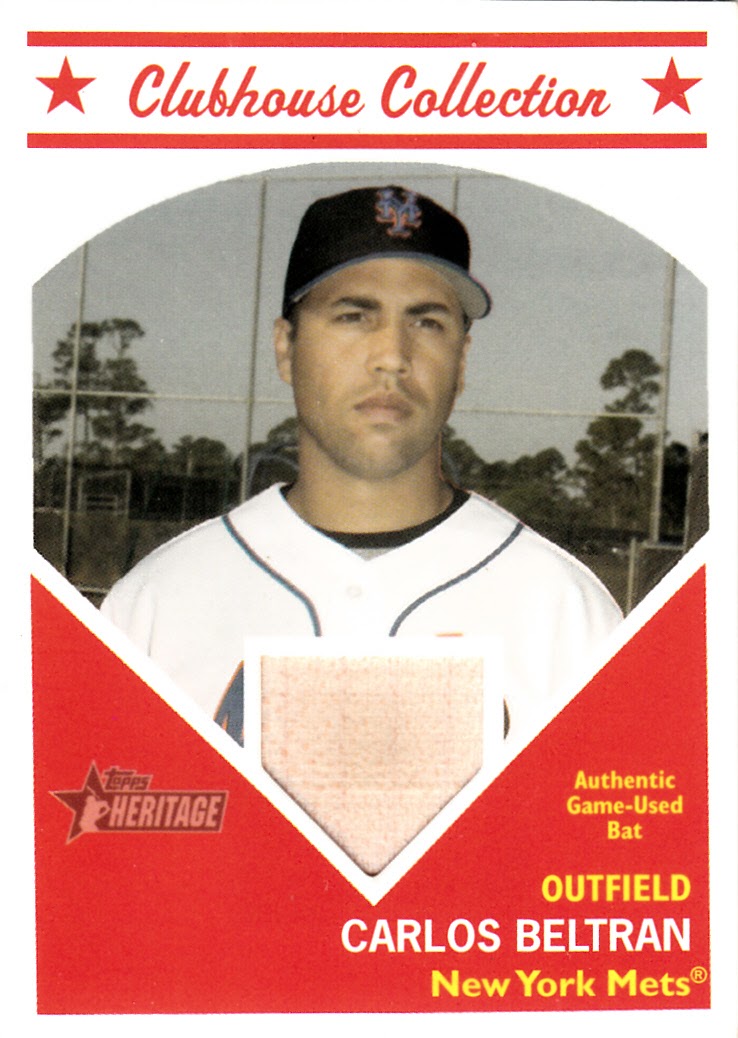 The relic parade didn't stop with the Jose card, though, as Mrs. Bunny also snagged a pair of Clubhouse Collection cards from 2008 Heritage.  Both are great, but I'm especially partial to the hatless Pedro.  Too bad they couldn't include a piece of his blue mitt as the relic piece instead of the bland gray jersey swatch.

Growing up, I always got baseball cards in my Easter basket, and I think it's pretty cool that the tradition carries on even at this stage in my life.