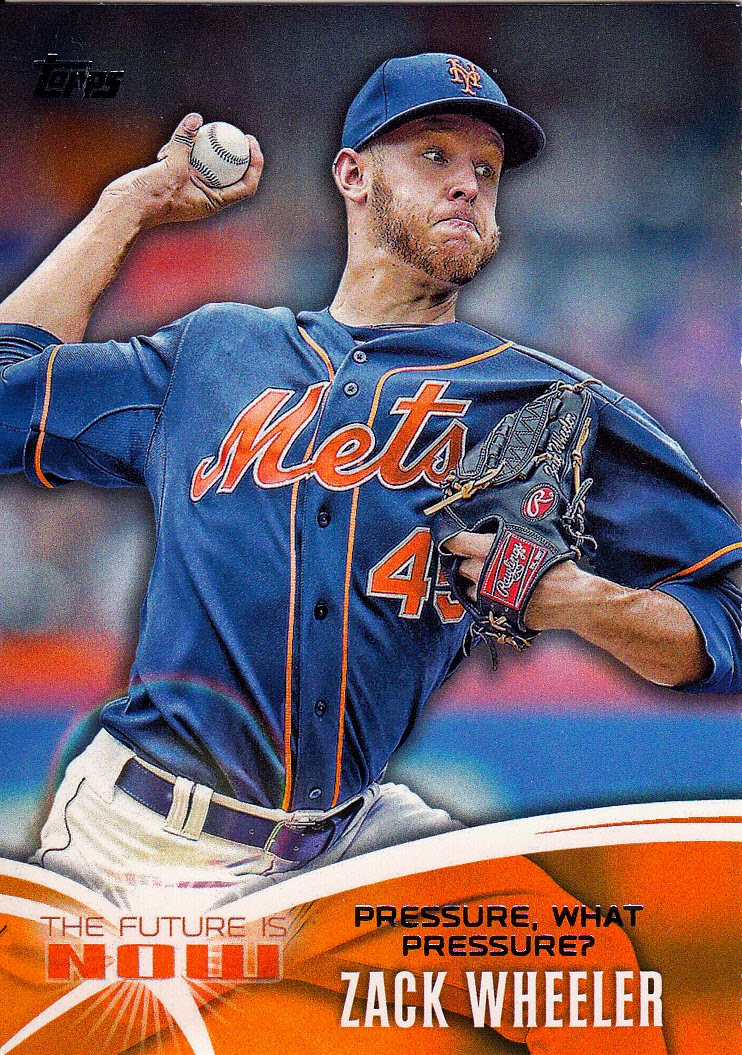 I guess I need to do a better job of paying attention, because until I got an envelope of cards from Corey Stack, aka the mind behind Wallach blog, I wasn't aware Zack Wheeler had three "The Future is Now" inserts in this year's Topps release.

For starters, there's the one above.  I think that's the one I was aware of originally. 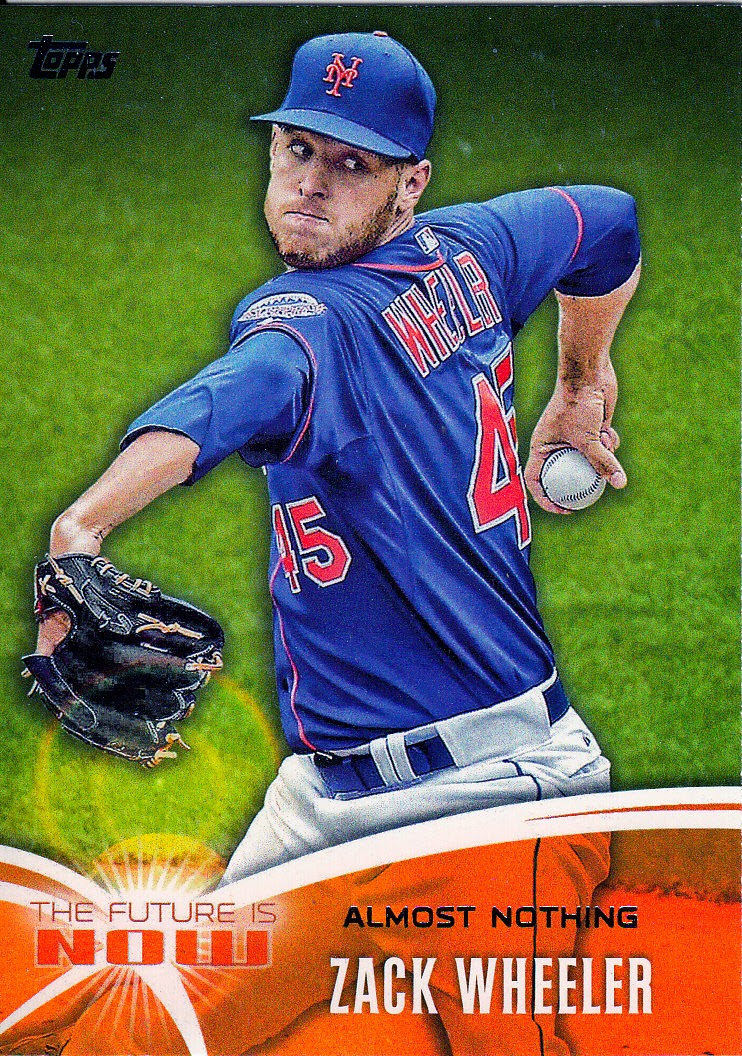 But good things (or is it bad things?) usually come in threes, so there's still another Wheeler from this insert set... 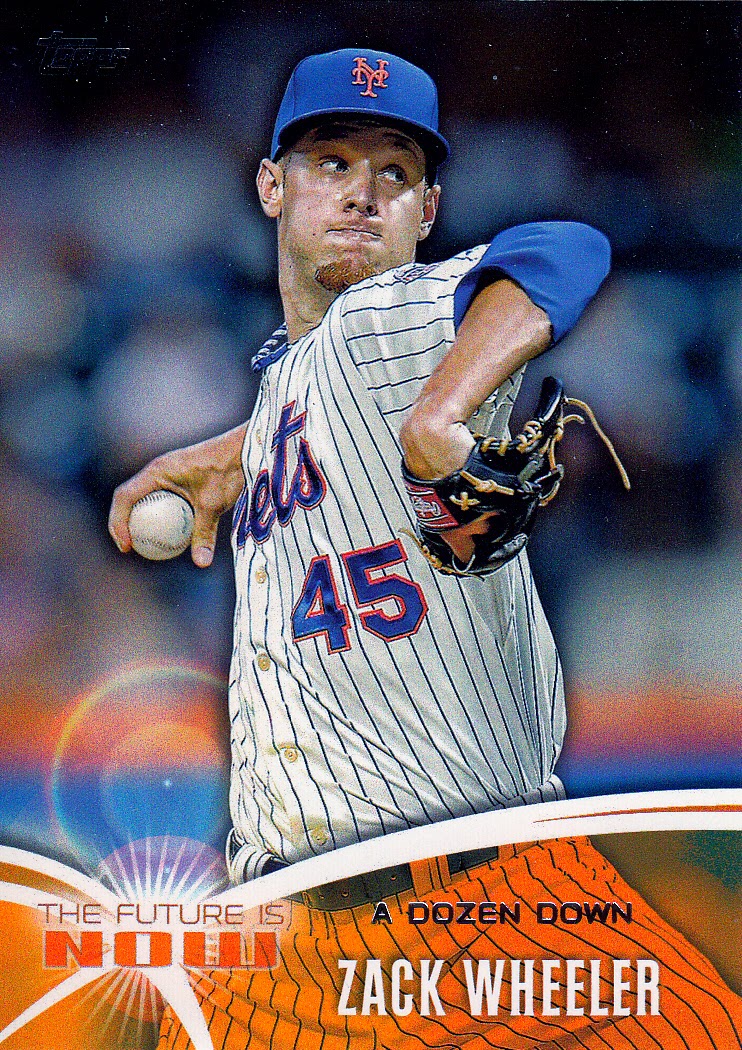 All three cards are pretty, uh, pretty.  Plenty of blue and orange just like baseball cards oughta be.  And, in all three, Wheeler is making his serious pitching face.  The same kinda face your's truly has to put on when he's trying to squeeze into suit pants from three years ago.

Now, for all I know, there might be three more Wheeler cards yet.  But, I'm gonna just assume that this trio represents the entirety of Wheelers from The Future is Now.  And I'm also going to assume every player has three cards.  Right?

Anyhow, in keeping with the power-of-three theme, and in the spirit of the NBA playoffs, Stack also dropped this bad boy on me: 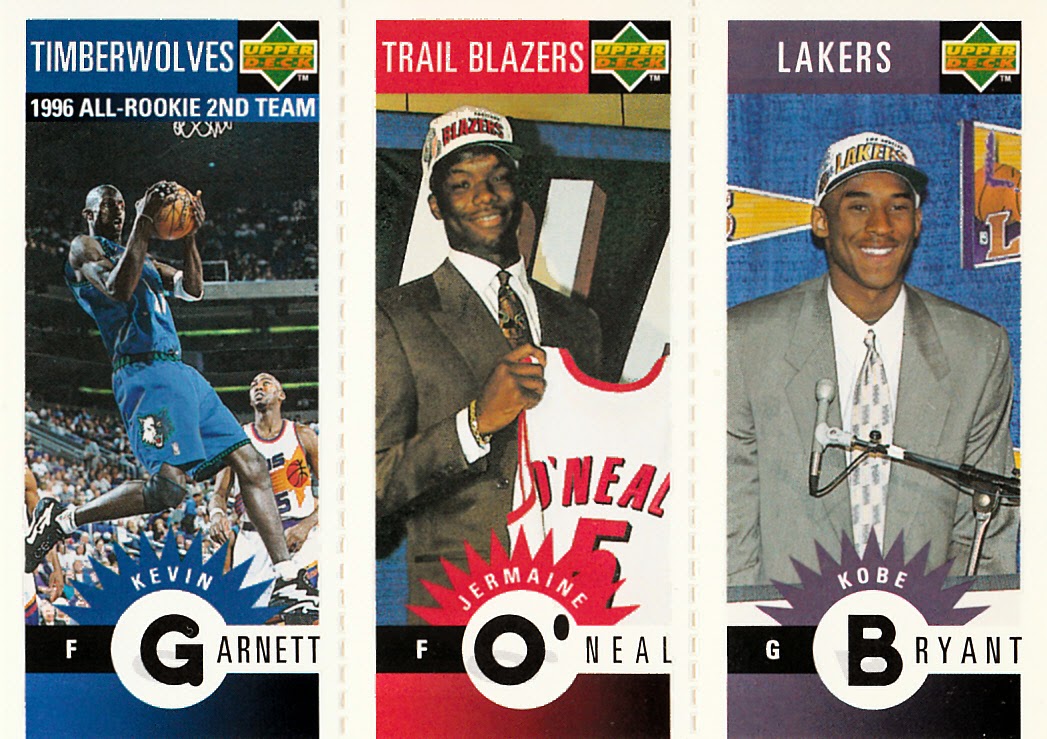 Ya know, it's kinda strange that two of these three guys played for the Celtics during their careers.  The odd man out, of course, is the mug on the right.  He's a pretty decent player, though, even if he is a villain.  Overall, this is a mighty sweet card.

Lastly, might I submit this one for your approval: 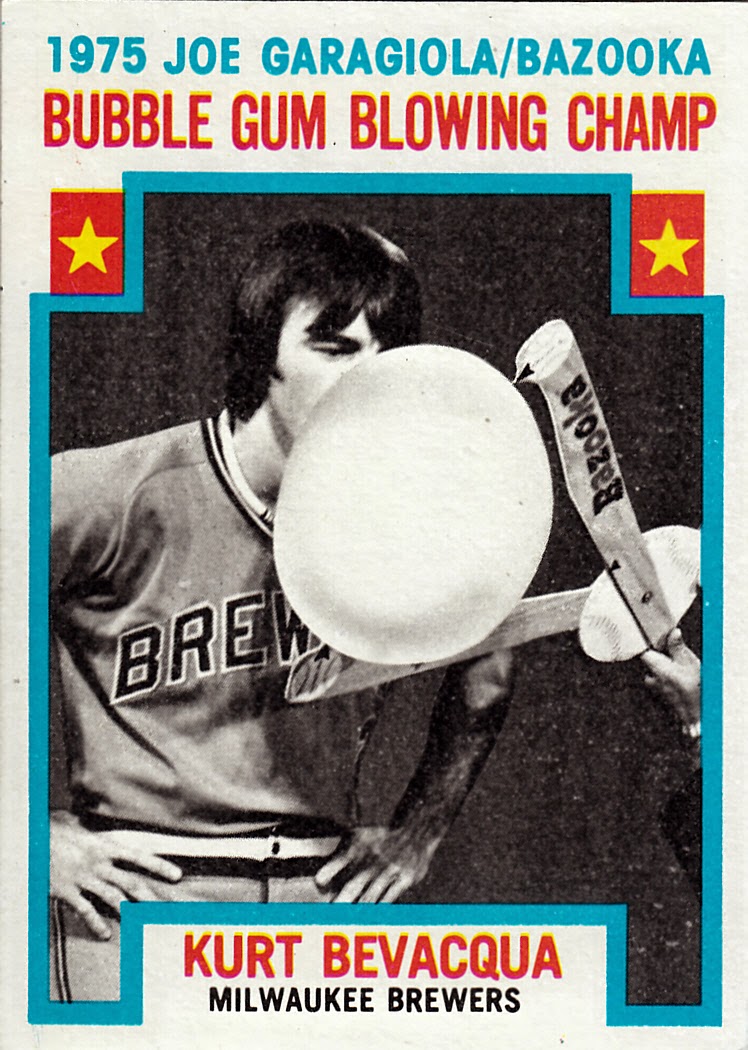 Seriously?  This is pretty fantastic.  Not just that something called the 1975 Joe Garagiola/Bazooka Bubble Gum Blowing Championship occurred, but that Topps saw fit to include this card in their 1976 checklist.  Topps was pretty cool back then, eh? 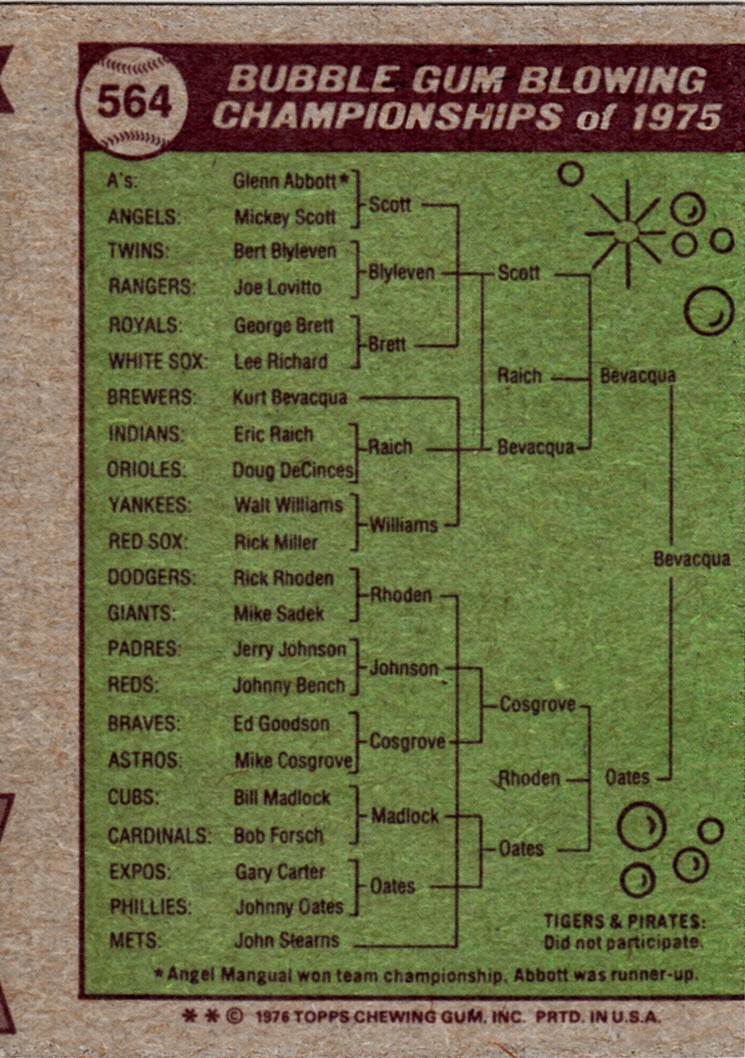 Looks like quite a bit of thought went into this event.  I feel kinda dopey having never heard of this previously.  I'm wondering how they went about seeding the brackets and, furthermore, what credentials qualified you for the tournament.

That's one saucy PWE you cooked up for me, Stack.  Thanks a bunch!