Man, I really enjoy doing this feature and it's, by far, my favorite of all other regular features I've tried out.  After all, it's essentially the only one that hasn't flamed out due to boredom or lack of motivation.

That's why it really bugs me that I haven't been able to do it more regularly.  At this rate, I'll be a grandfather by the time I knock out all 792 base cards and 132 traded series cards.

But, instead of p*ssing and moaning, why not get on with the show?  My childhood favorites -- 1987 through 1990 Topps -- go under the microscope, card by card: That's what Four Topps is all about.  As usual, Random.org provides today's card number. 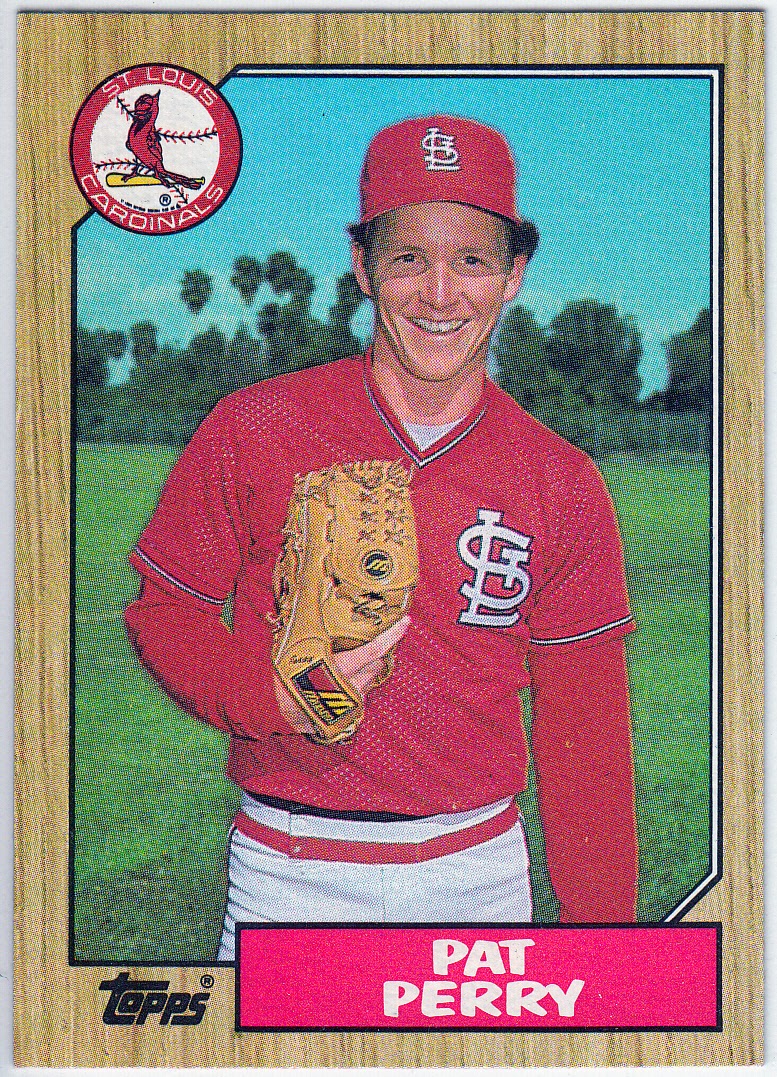 What's black and white and red all over?  Never mind...  This card smacks of Spring Training-ness.  Either that or he's in the backyard of my old house on Half Acre Road.  I love the circular Cardinals logo, by the way.  One of my all-time favorites.  The note on the back of the card informs us, "Pat enjoys playing ping-pong in his spare time."  Cool, dude.  Hey, Stat Man:  Appeared in 46 games during his rookie season in 1986, posting a 2-3 record in relief. 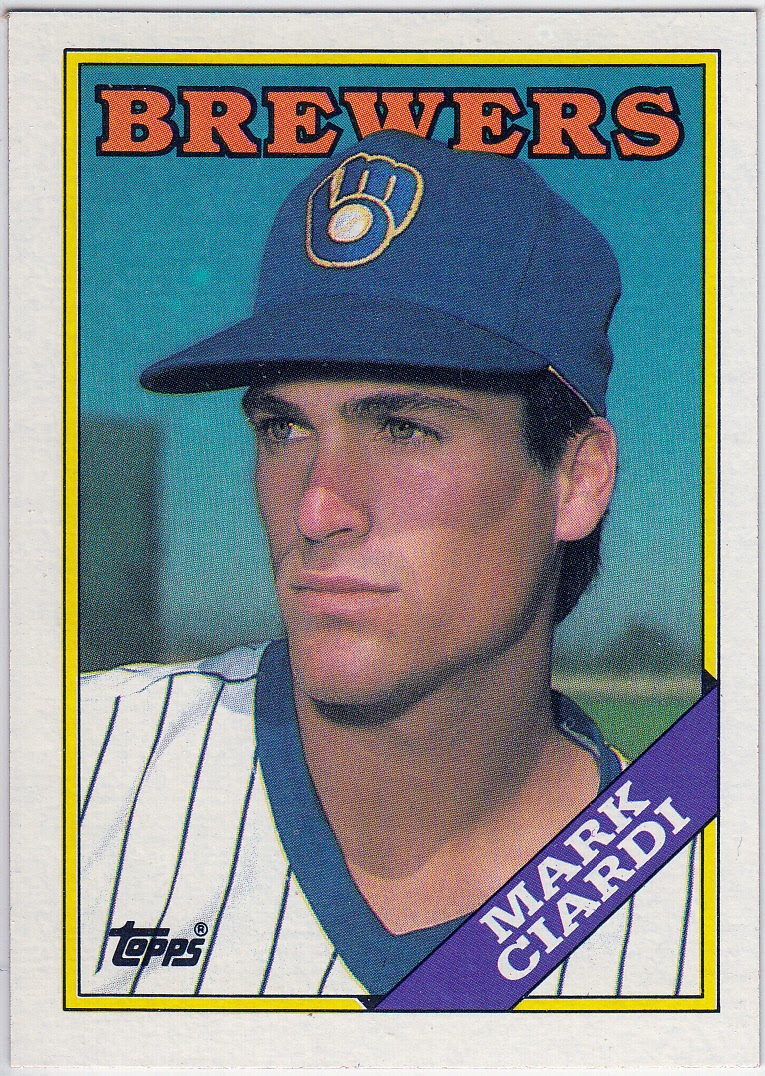 Mark Ciardi's cap badly wants to be a visor.  Either that or this was one those promotional caps that came crammed inside 30-packs of Old Milwaukee Light.  And what's with stretched out collar of his jersey?  Wait a minute...this isn't a Brewers uniform at all; it's a costume from Spirit Halloween, isn't it?  Hey, Stat Man:  Mark's one and only year in the bigs was 1987, as he authored a 9.37 ERA over 4 appearances. 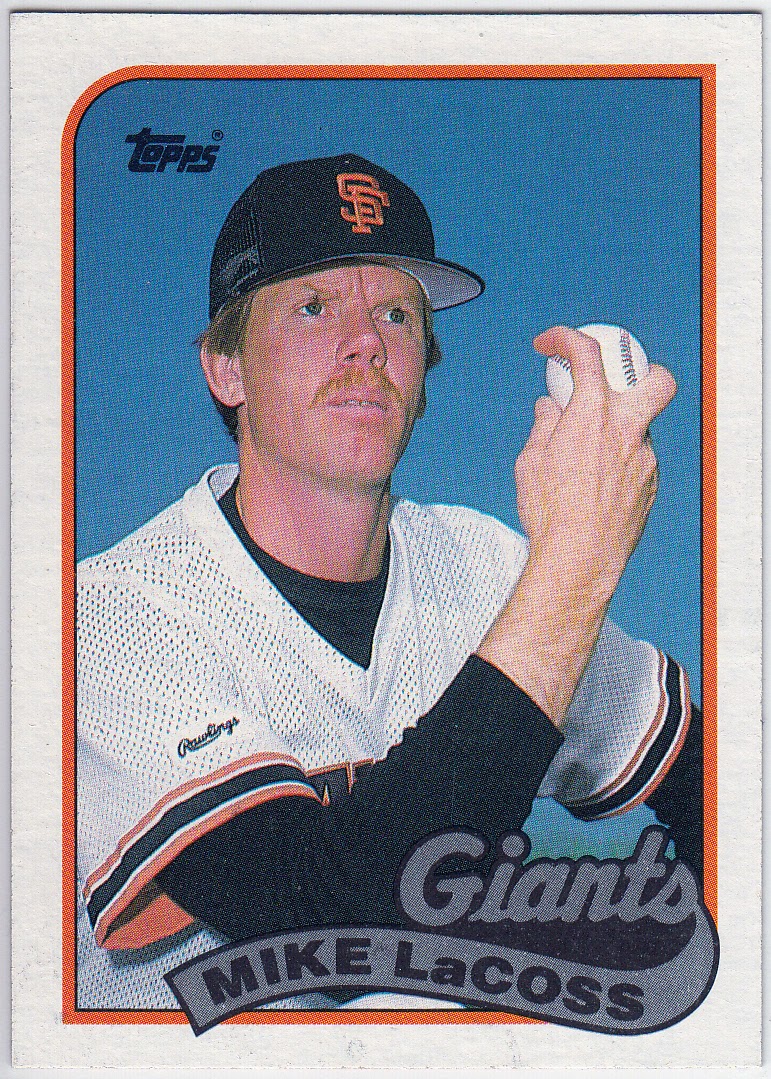 If the Devil played in the National League and he had a card in the '89 Topps set, his name would be Mike LaCoss and his card would look like this.  Though, one might be tempted to chuckle at the Prince of Darkness if he appeared before you wearing a mesh-backed cap.  Still, he probably throws a mean split-finger.  Hey, Stat Man:  Hurled a four-hit shutout at St. Louis on July 8, his only complete game of the '88 season. 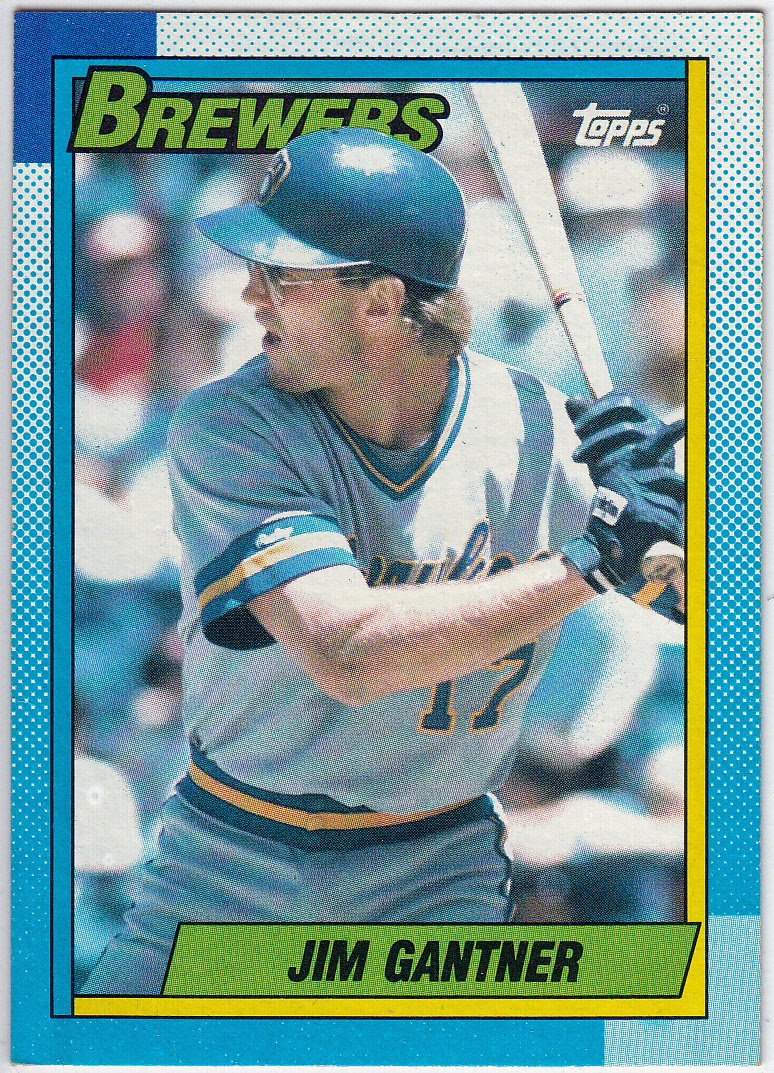 Speaking of Old Milwaukee, Jim Gantner takes on the looks of a guy who probably slugged down a few in his day. And, considering he played his entire 17-year career for the Brew Crew, he probably had his fair share of said brewskis.  Then again, we're talking about a guy who had just 47 round-trippers for his career.  So perhaps he was sipping Zima instead?  Hey, Stat Man:  Matched a career-high with 20 stolen bases in 1989.

And the Winner Is:  I like the LaCoss card, but in kinda the same way I also enjoy the movie adaptation of Pet Semetary.  Both are cool, but both make me uncomfortable.  I'll go with the Gantner as the top dog of the litter.