A Little Mets Purple from the Land of Dodger Blue 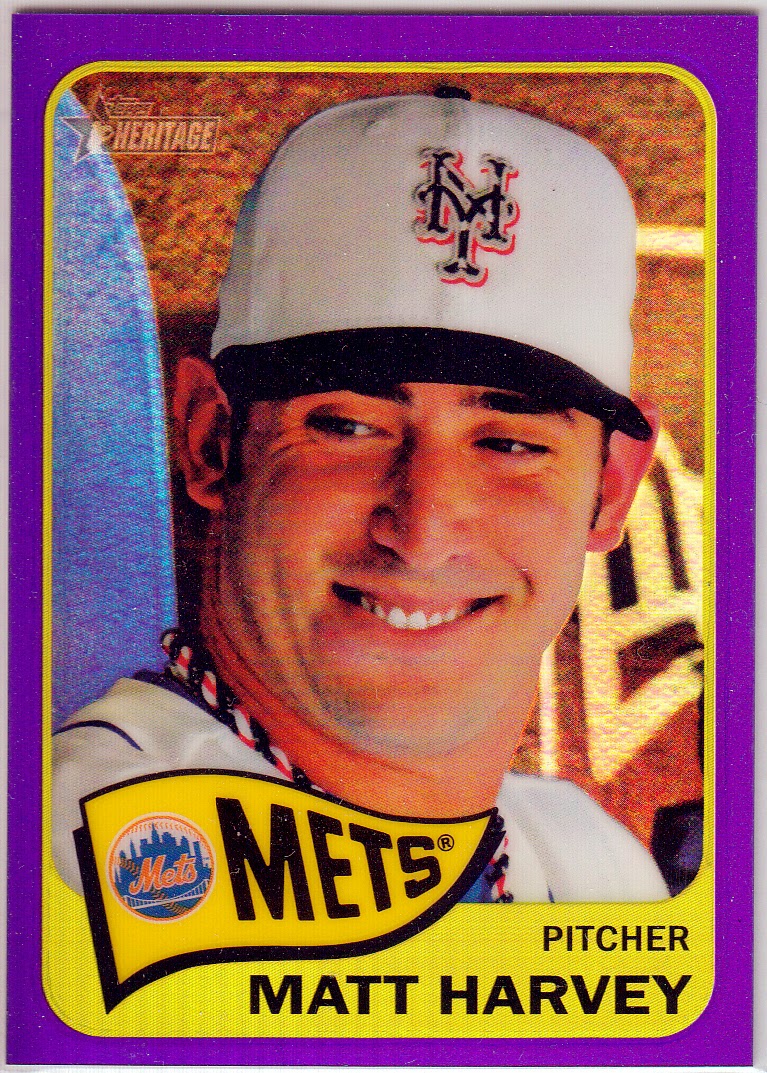 In honor of the Dodgers invading Citi Field this week, I figured it was time to get off my lazy duff and tip my cap to a new friend of the Clubhouse blog.

I was contacted not too long ago by Alex--author of the quality blog known as Chavez Ravining--in regards to a Zack Greinke Heritage Chrome card I pulled from a pack.  I had a Greinke card I didn't want; he had a Matt Harvey card up for trade.  He's a Dodgers guy; I'm a Mets guy.  It doesn't take a rocket surgeon to figure out that a deal was there to be struck!

But, not only did I get this beautiful purple refractor of the brash and outspoken young ace, Alex also threw in a few other ultra-cool Mets goodies. 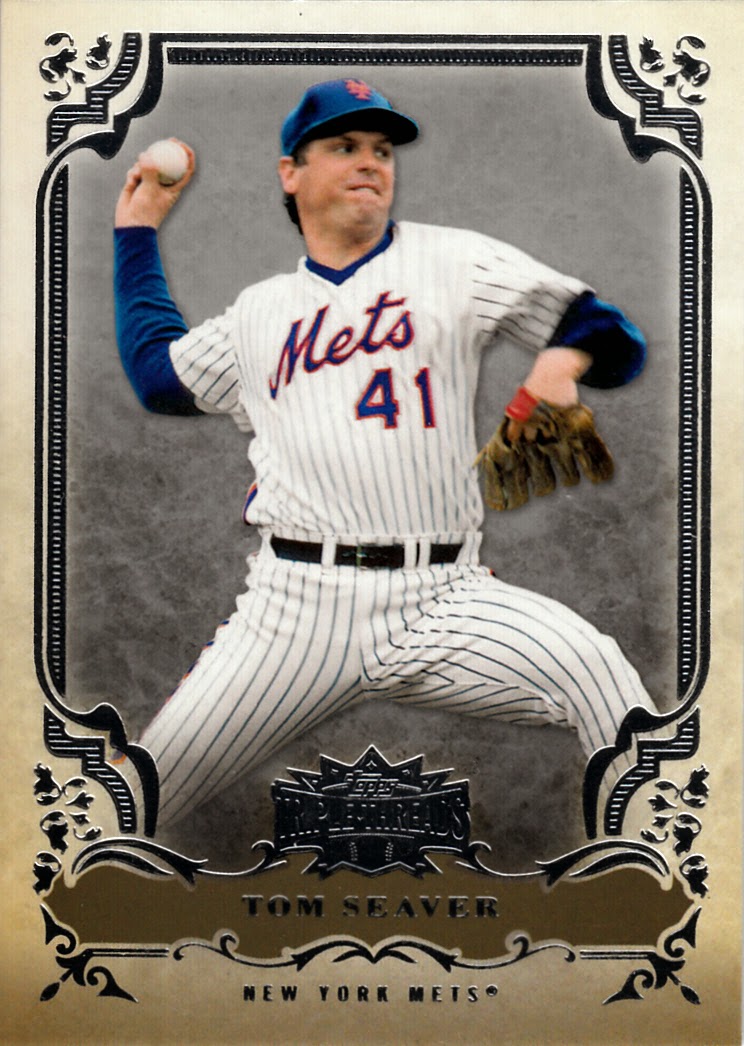 You just can't go wrong with The Franchise, Mr. Tom Seaver.  Ever.  And when it's in the form of a high-quality card like Triple Threads, all the better!  I don't even mind that Topps has used this same photo ad  nauseam. Sometimes you've gotta give the d'Evil his due.  And this, my friends, is one handsome card!

Oh, and then there were these most unexpected, but oh-so-wonderful odds and ends... 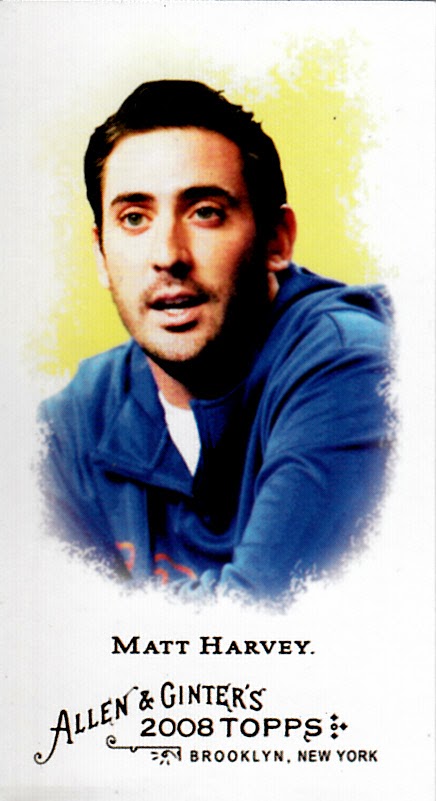 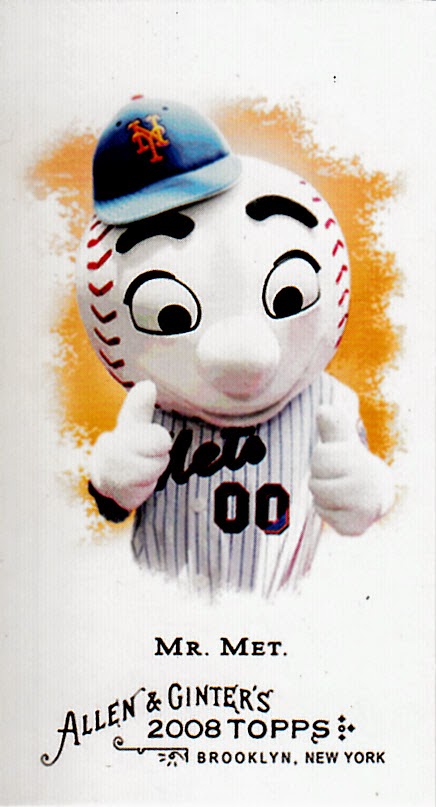 Now, admittedly, I'm not a 'mini' guy and I don't really clamor after these oddly-sized things.  Frankly, they throw my OCD into overdrive.

BUT, I'd be a sad, soulless excuse for a human being if my heart didn't flutter over these two lovable guys. Harvey in a hoodie and twin thumbs-up from Mr. Met.  Perfection times two!

I already have a small cache of Mets minis from Ginter and GQ that other bloggers have gifted me over time and this spectacular duo will join its cousins.  I guess it's high time I got one of those special binder pages designed just for minis and fill 'er up.  Mets only, of course.

Anyhow, I really love these two customs and I'd truly like to know the story behind them. 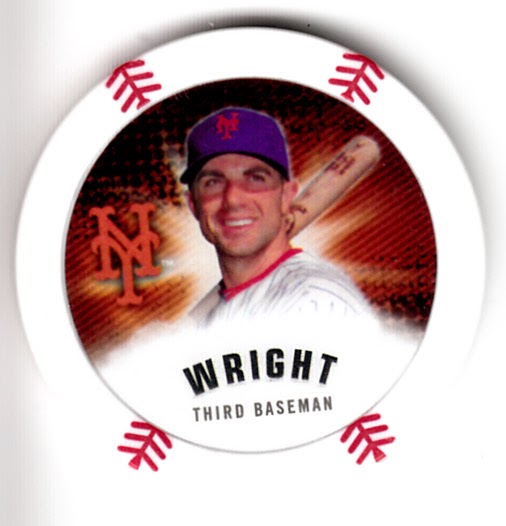 The Mets' captain in Chipz form.  I'm cool with that!  Is Topps bringing these back for 2014?  This was a pretty decent stab at something different, but if they're going to go that route, I'd rather them just make the coins like they did in the '60s and '80s.

Alex, a great first trade, buddy.  Thanks for the awesome loot!