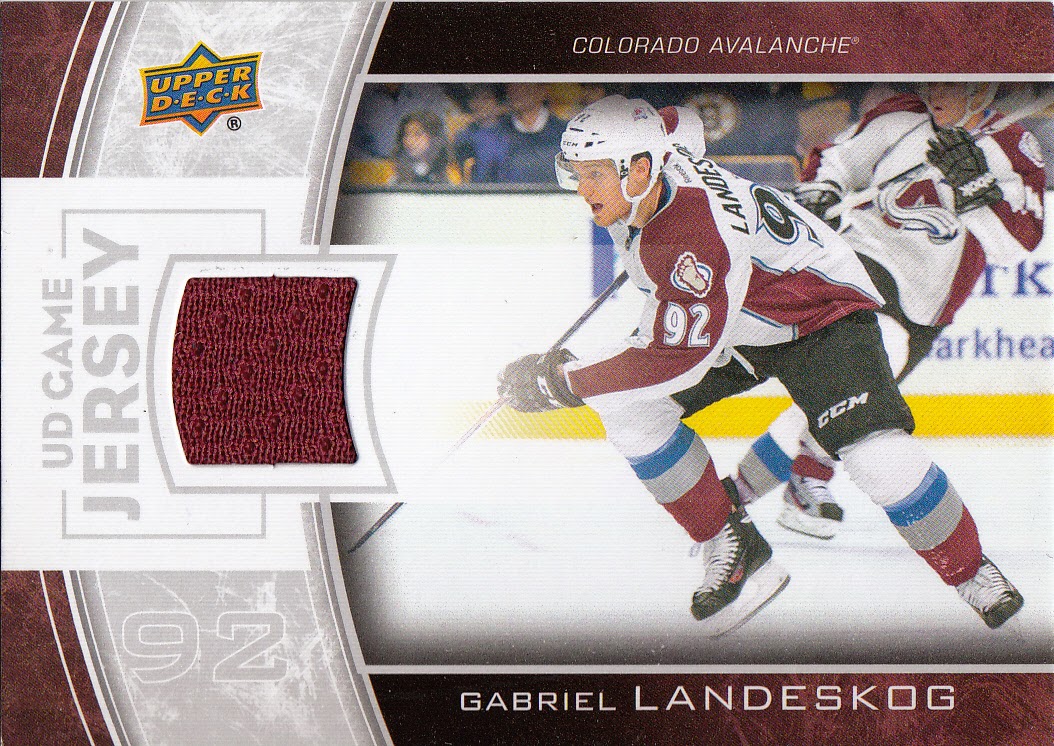 We here in the Kaz household are going Cup Crazy these days because the New York Rangers are in the NHL's Eastern Conference Finals.  It's the 20th anniversary of New York's last Stanley Cup victory, and a good way to celebrate that would be to bring the Cup back to Gotham.  But, let's not get ahead of ourselves...

Anyhow, keeping with the hockey theme, an envelope full of goodies arrived from Ontario recently.  Of course, it was from our good friend Douglas at Buckstore Cards.  And, naturally, the hockey nut he is, Douglas hooked me up with a pair of real gems for the Gabriel collection.

I didn't know Gabriel Landeskog from Peter Gabriel before Douglas sent me one is his cards a few months back, but now he's clearly my favorite non-Ranger NHLers.  He's not only the captain of the Avs, but he was a prominent member of Sweden's silver medal-winning team in Sochi.  And the slick GU card you see above is now a real treasured piece to my collection. 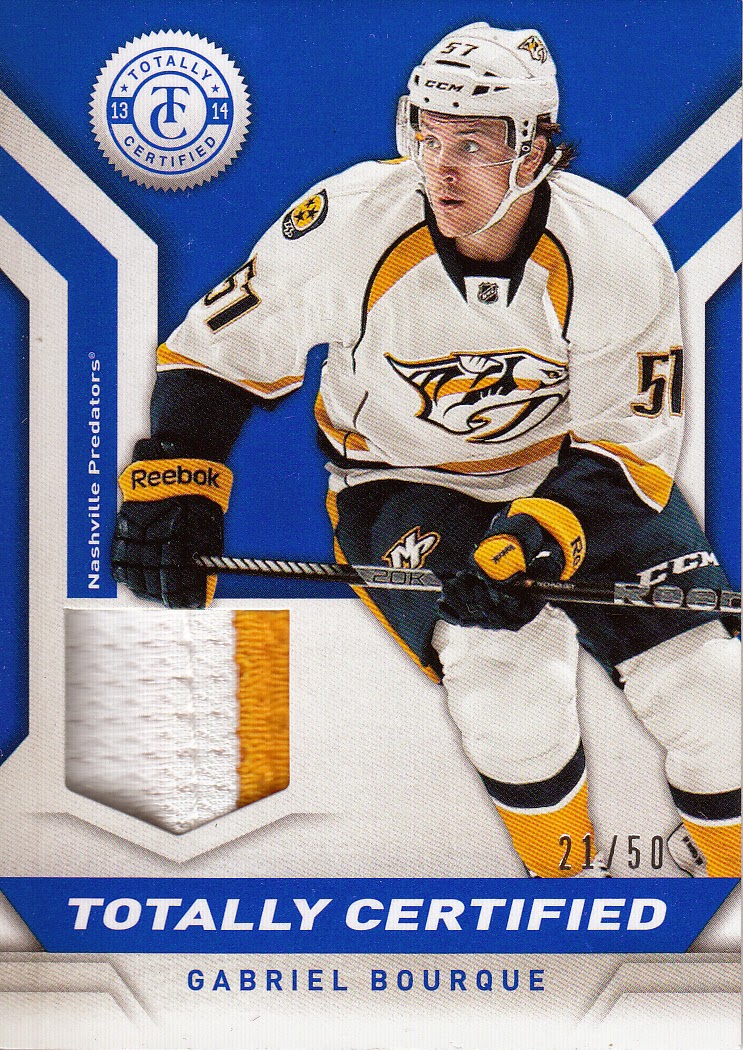 Then you've got this card, which is about as thick as a deck of playing cards (almost).  I guess it has to be to house such a brilliant jersey swatch.  And the card is even numbered to 50, making it that much sweeter of a package.

Have you gotten your hockey quota for the day?  You're usually accustomed to seeing baseball cards on here, so let's do that! 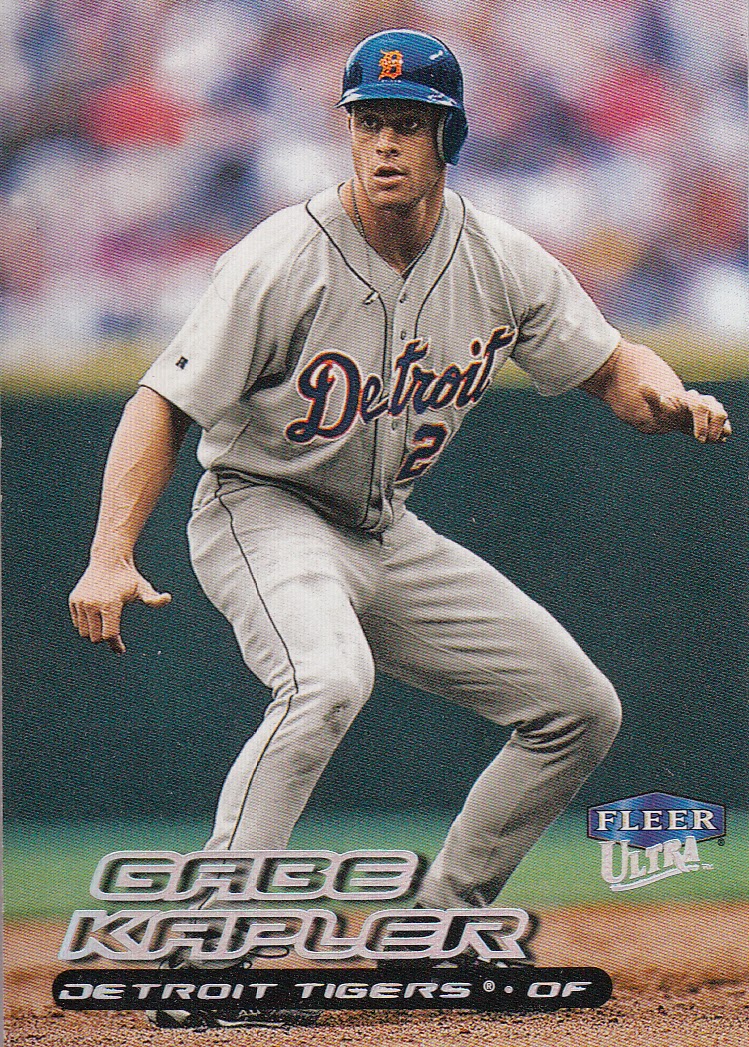 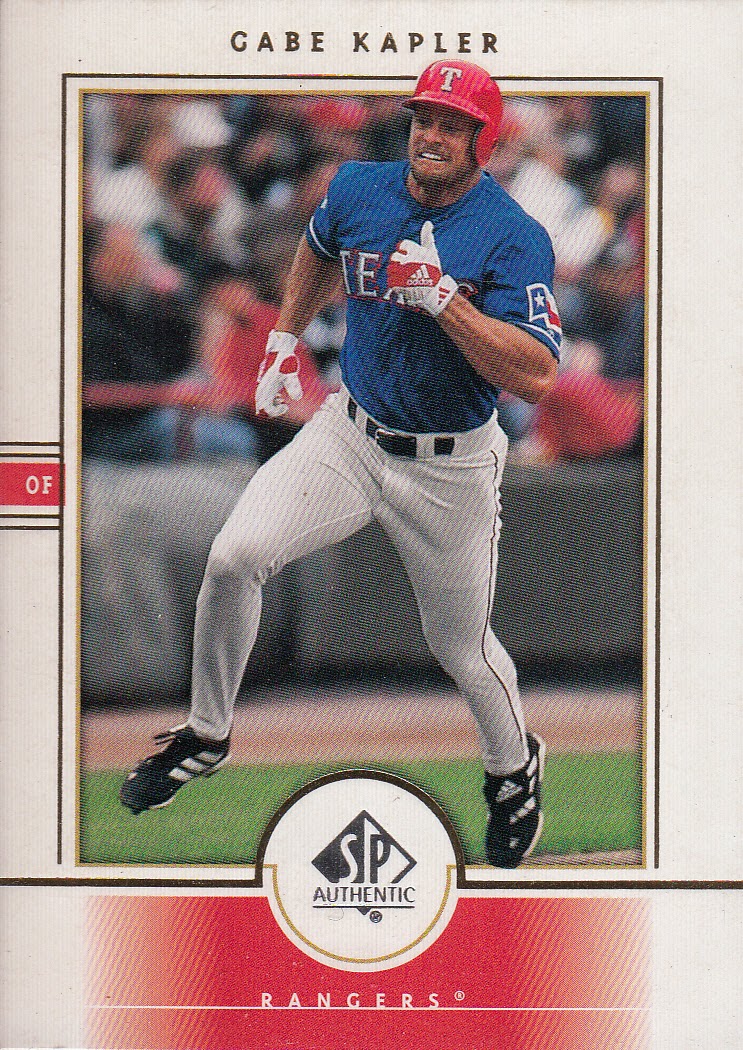 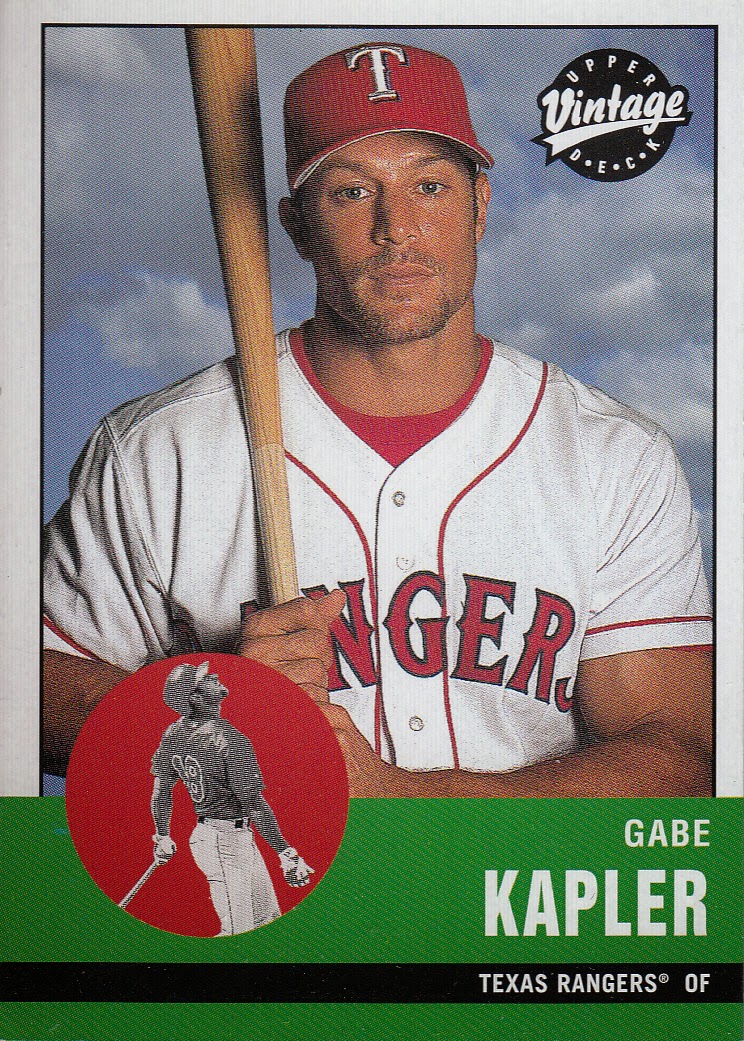 How about a random Gabe Kapler stat?  After swatting 49 homers for the Rangers in a three year period from 1999 to 2001, Kapler managed just 33 long balls over his next eight seasons.

Are you feeling fulfilled?  No?

Well, one final cherry to put on top.  A fellow Mets backer, Douglas was able to spare a handful of '88 Leaf cards towards my Amazin's collection. 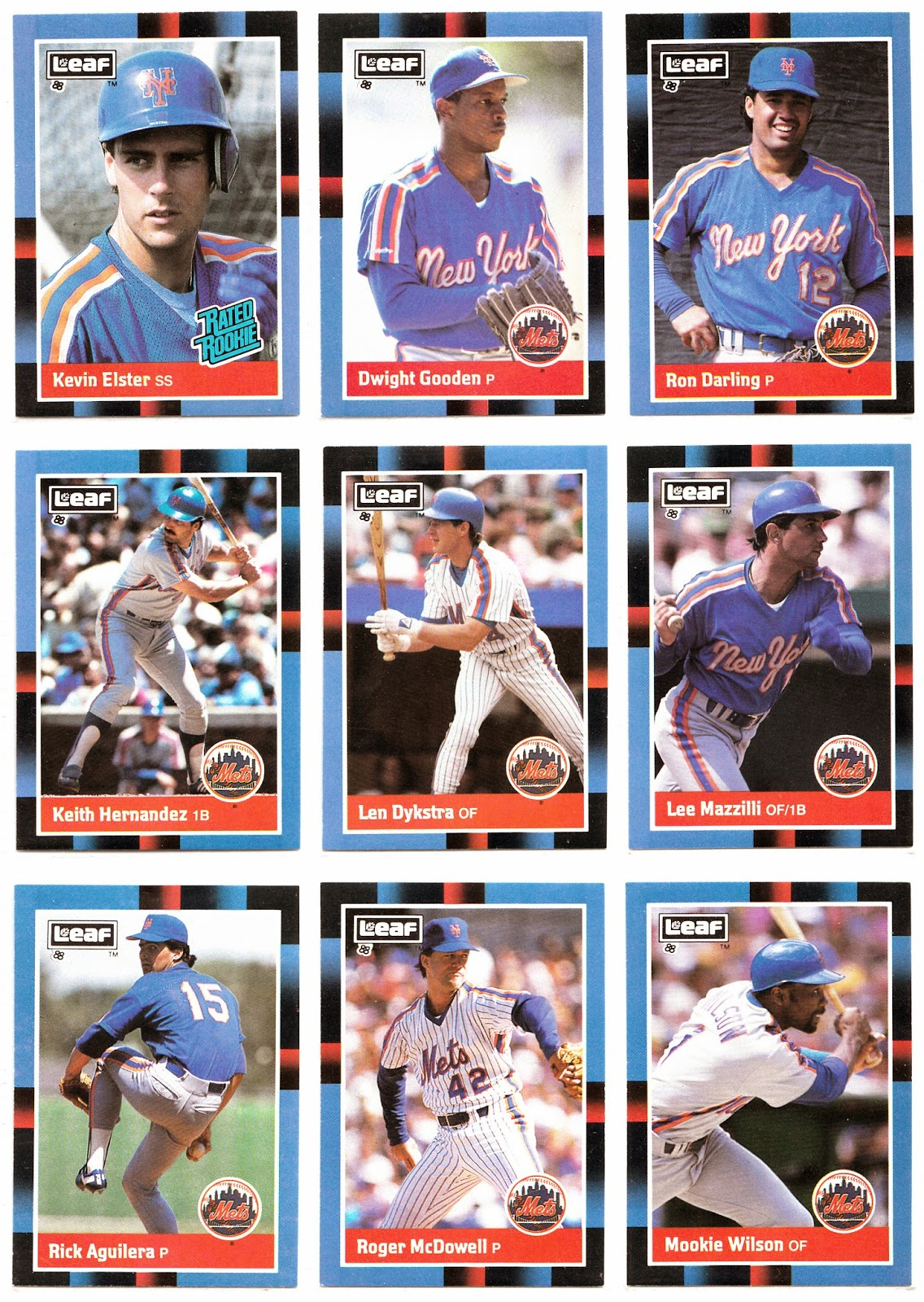 It's really tough to make these cards look sexy with such a gross border design, but I really quite like the Hernandez and Dykstra cards.  But, yeah, when all is said and done, you're still looking at some '88 Donruss.

Thanks so much for the thought, Douglas!  I owe ya one!