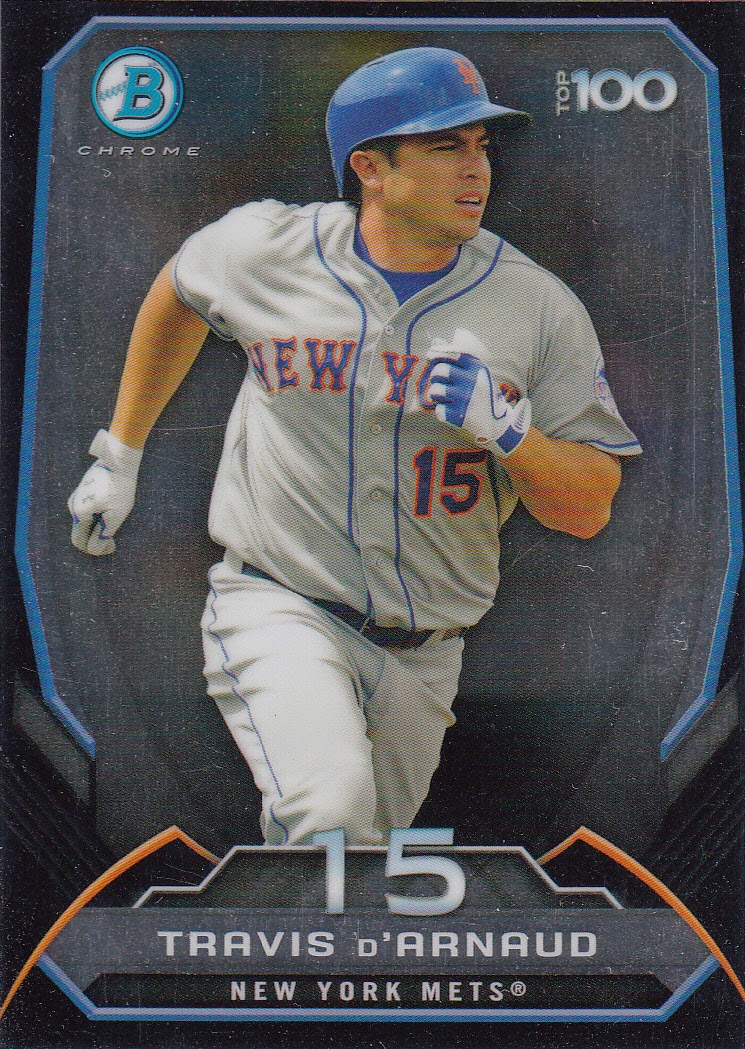 Everybody's favorite Tigers blogger/collector--Pat of Hot Corner Cards--recently hooked me up with a pretty righteous PWE of new Mets cards from this year's Bowman and GQ sets.  Pat has been powering my Mets collection for nearly as long as I've had this blog (which, by the way, celebrated its second birthday last month -- though I totally forgot and missed it).  I have a bunch of great Mets cards in my collection thanks solely to Pat.

The above TdA card is my favorite of the newest batch to arrive at Kaz Manor.  The way d'Arnaud began the season, you had to start wondering how the guy wound up on anyone's list of top prospects.  But, a brief assignment to Triple-A did wonders and Travis has been ripping the cover off the ball since being recalled a couple weeks ago.  We Mets fans are borderline giddy.

His regular Bowman base card, flanked by Big Bart Colon and prospect Cesar Puello.  Given the trade whispers, there may not be too many more new Colon cards in a Mets uni. 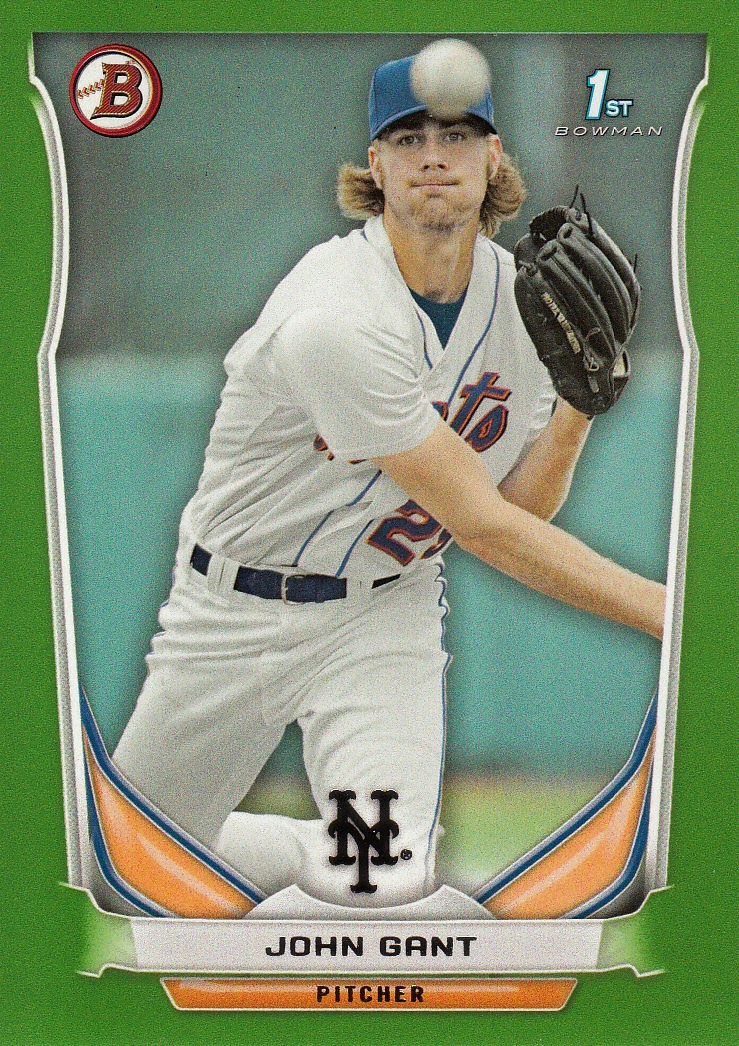 These greenies are serial numbered to 199.  Gant is presently tied for fourth in the Sally League with nine wins for the Savannah Sand Gnats. 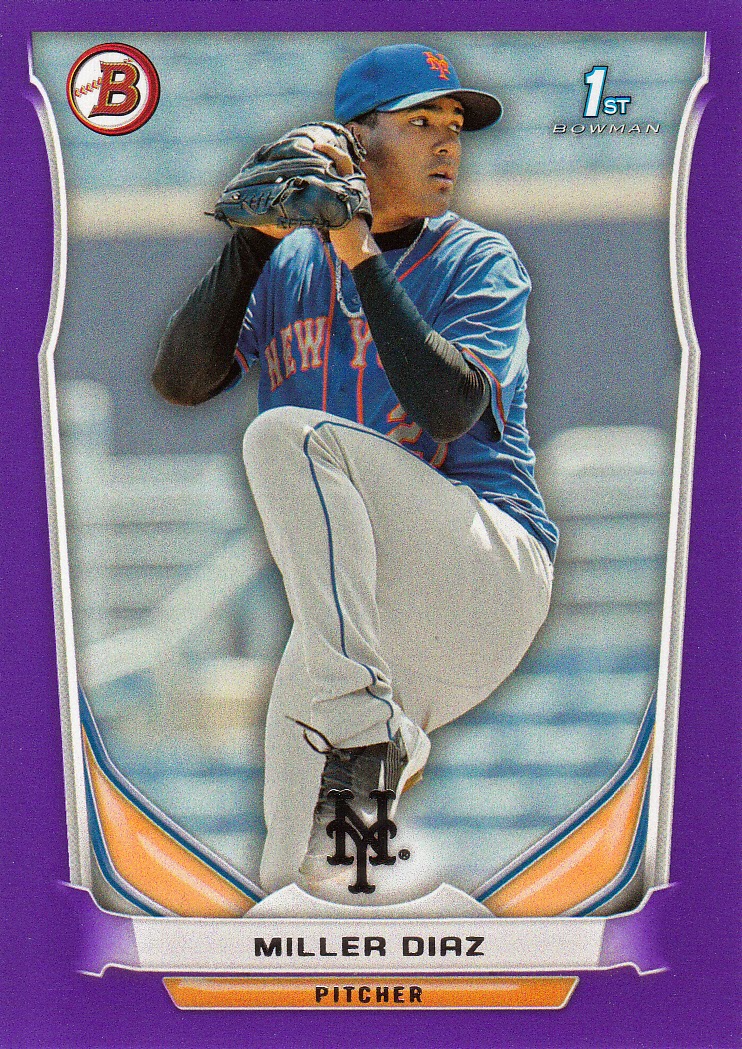 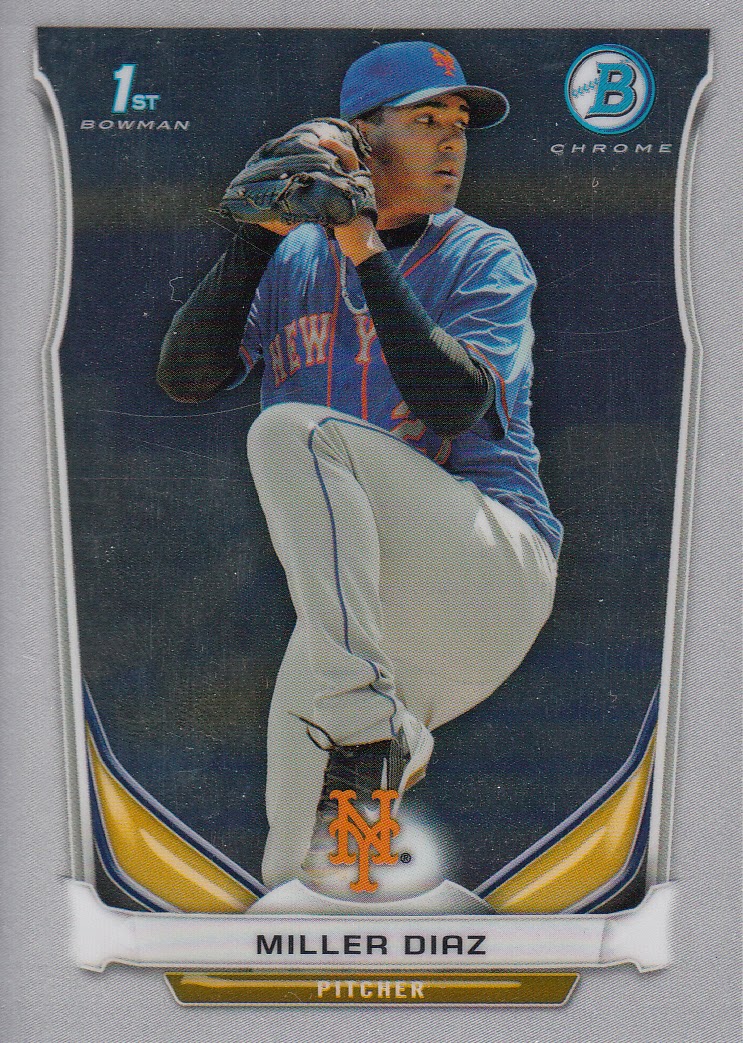 Purple and Chrome of Miller Diaz, a teammate of Gant's at Low-A Savannah.  He's a strikeout pitcher who probably profiles as a middle reliever in the bigs.  I wonder how Bowman goes about choosing which 'prospects' to feature in their sets?

Lastly, a nibble from this year's Gypsy Queen set... 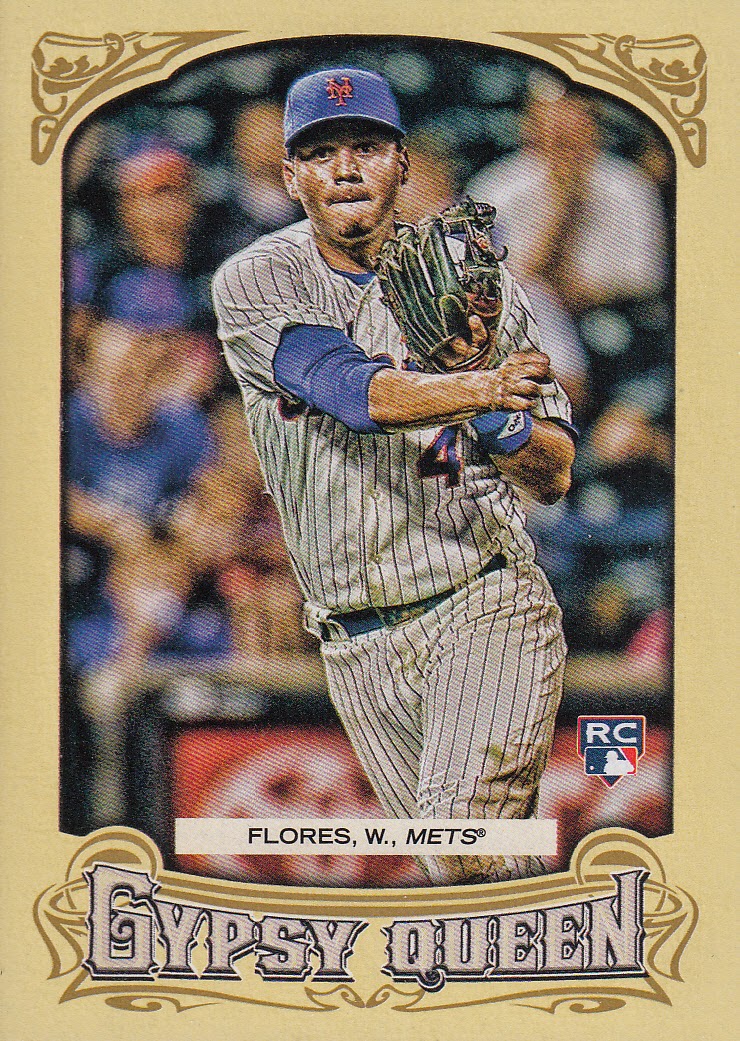 This is a product I'm very much on the fence about.  I like it more than A&G (probably the only person alive who might profess to that), but it's obviously not on the level of importance as, say, Archives or Heritage.  At least in my world.  But, it's a nice enough looking set, and any Mets that populate the checklist are surely targets on my radar.

And there you have it.  On a night when baseball wishes us to genuflect to the altar of Derek S. Jeter, I brazenly have chosen to wax about Mets cards.  Pretty much a no-brainer.