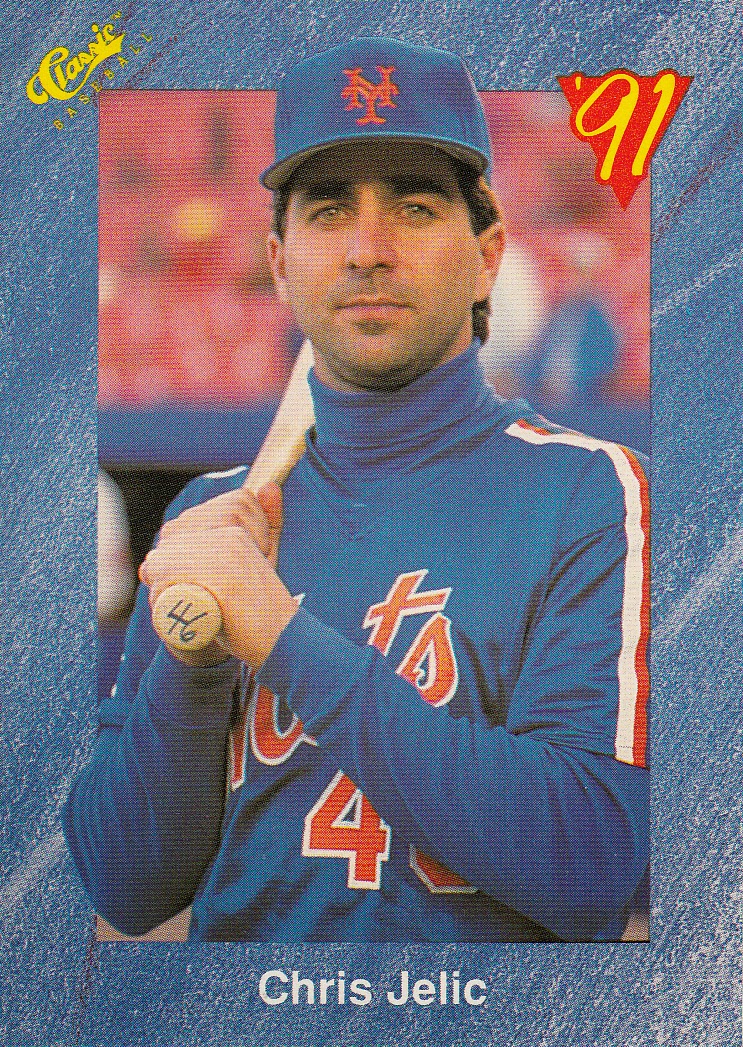 Who would in their right mind get so excited for a 1991 Classic baseball card of former Met-for-an-instant Chris Jelic?  After all, the guy appeared in four total major league games--all with the Mets--logging one hit in 11 ABs. [Ed. Note: His lone big league hit was a home run in his MLB debut, October 3, 1990 in Pittsburgh, helping Frank Viola to his 20th win of the season.]

But, in this case, I allowed myself to get excited since Jelic was a player missing from my All-Time Mets Project checklist.  I knew he had a couple cards floating around, including this one as well as a card from the 1991 Topps '90 Debut boxed set.

Both had eluded me til this one found its way into a robust package of Mets that I recently received from Tom (The Angels, in Order), who contacted me about a Mets-for-Angels swap.  I'm always down for that!

Tom put together an impressive array of Mets, including many from those lovable odd-ball sets.

Like early '90s Classic, in all their crazy colorful glory... 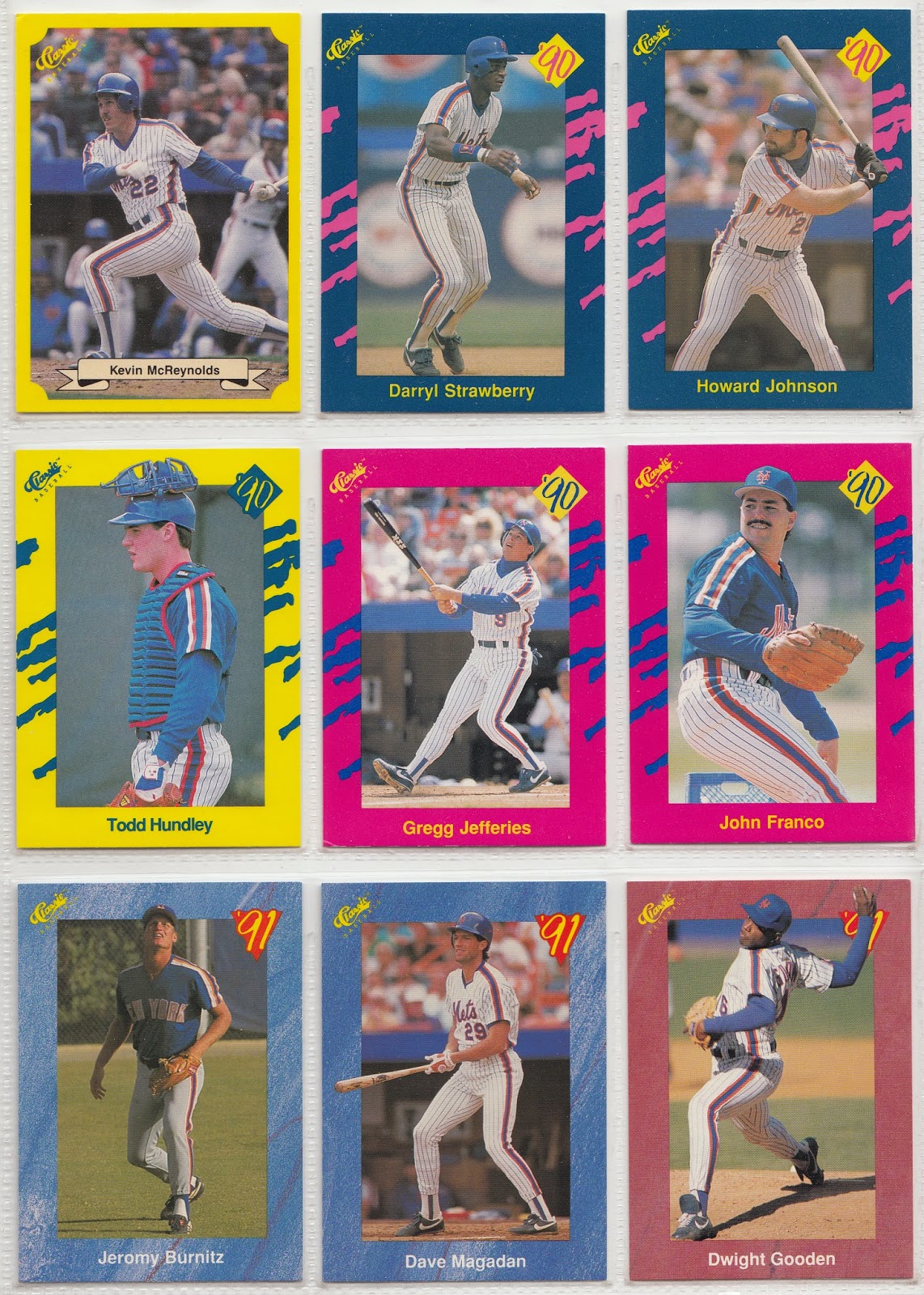 And the many Fleer boxed sets released in the late '80s.  I love those things! 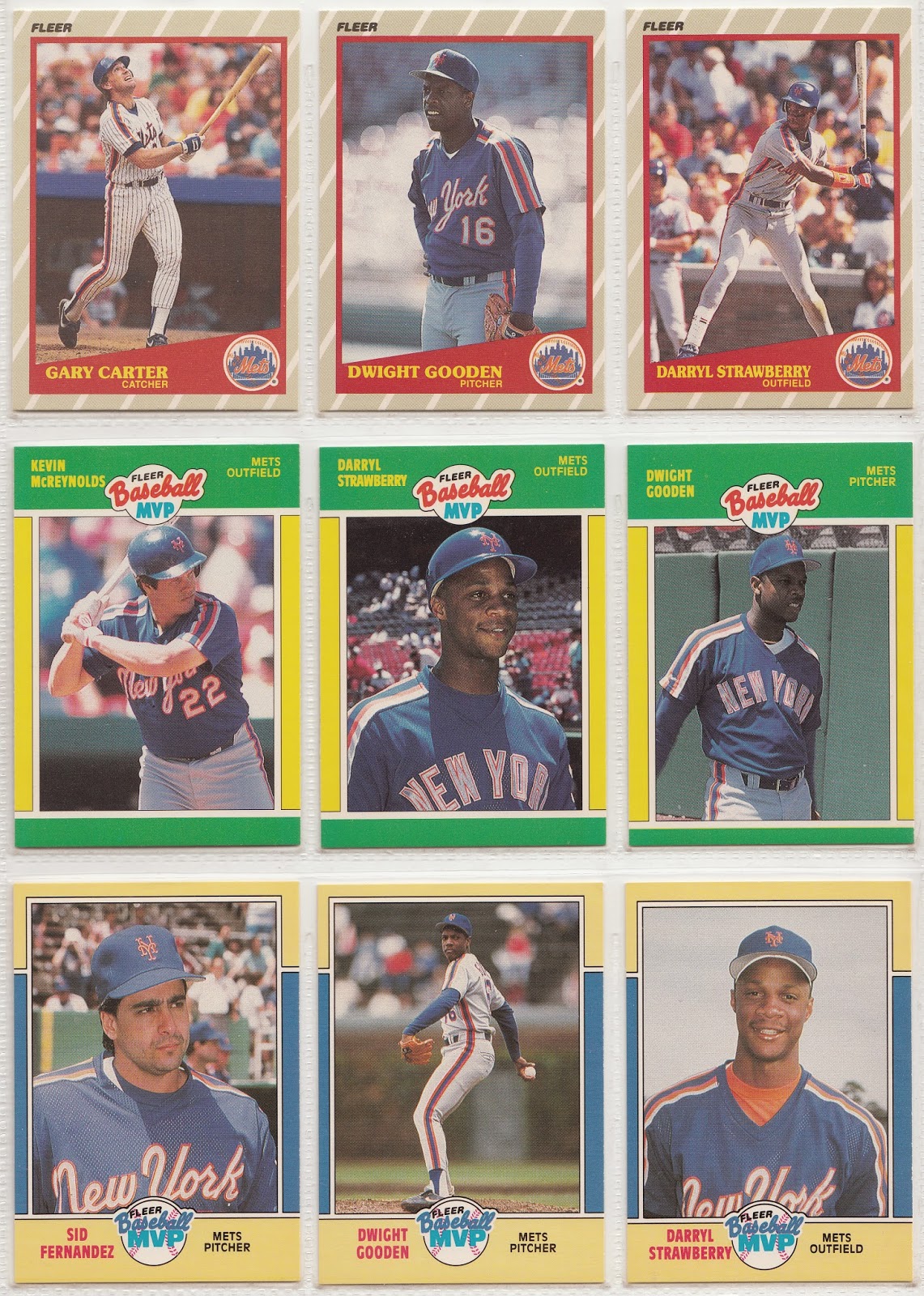 And, of course, the various Topps retail releases... 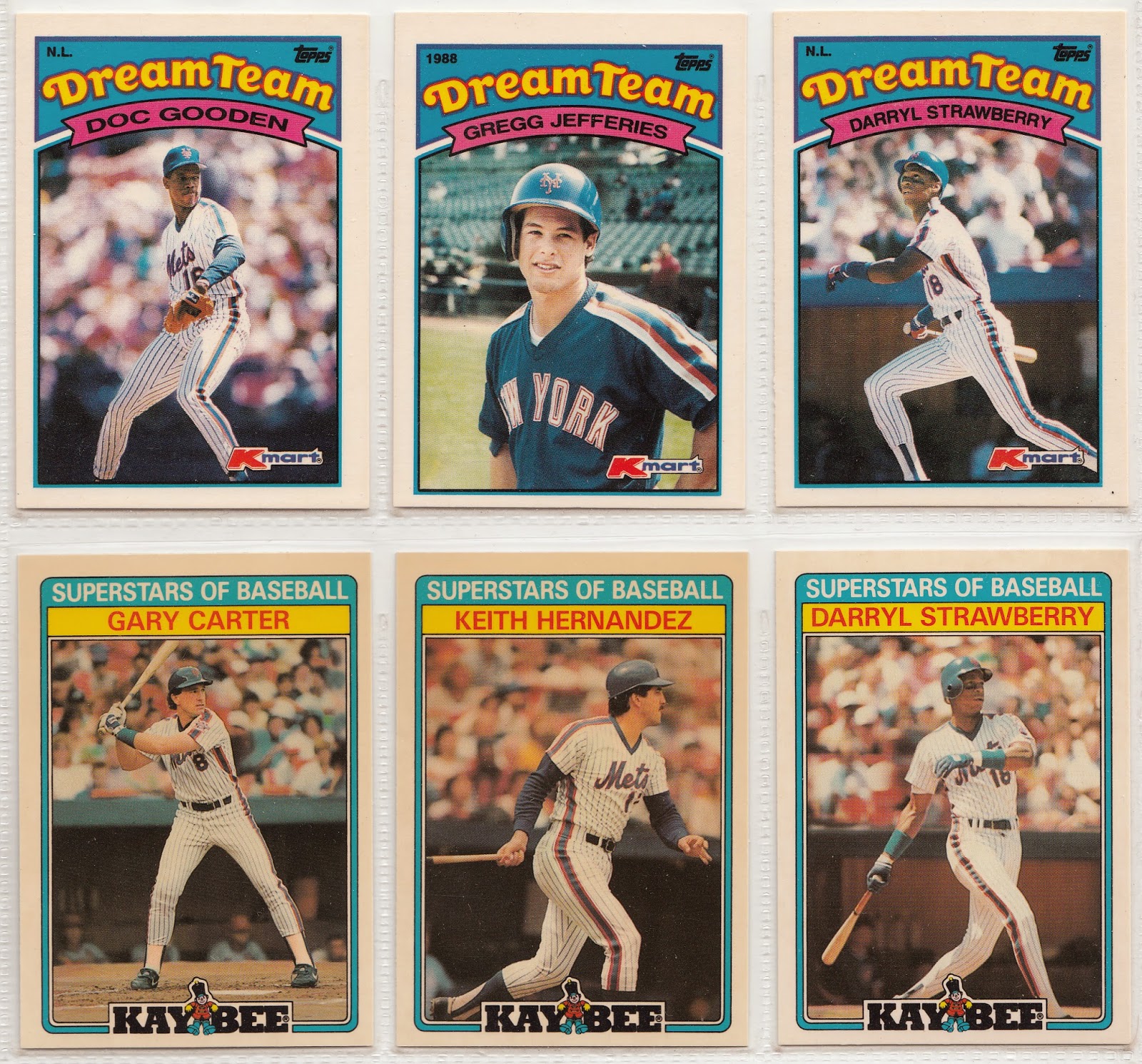 There was also a pretty nice assortment of Bobby Jones cards.  Bobby pitched eight years for the Mets, racking up 74 wins plus a complete-game, one-hit shutout of the favored Giants in the 2000 postseason which sent the Mets to the NLCS.  One of more memorable moments in Mets history, for sure.

And, since the guy played during the era of baseball card mass production, he's got a ton of cards out there. Many of which I still have to track down!  This sampling from Tom is a nice way to continue that quest... 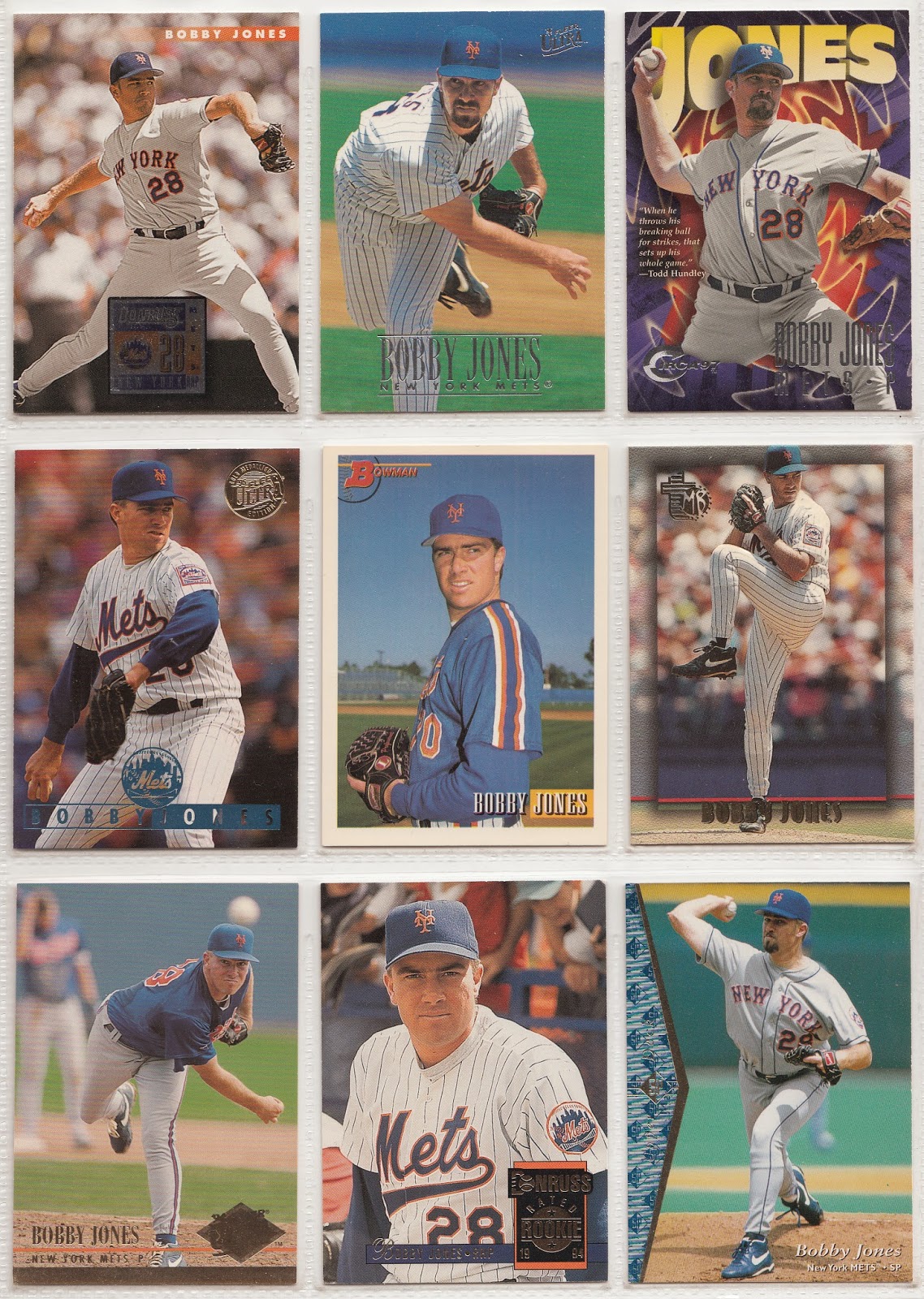 And now for some of my individual favorites from the batch: 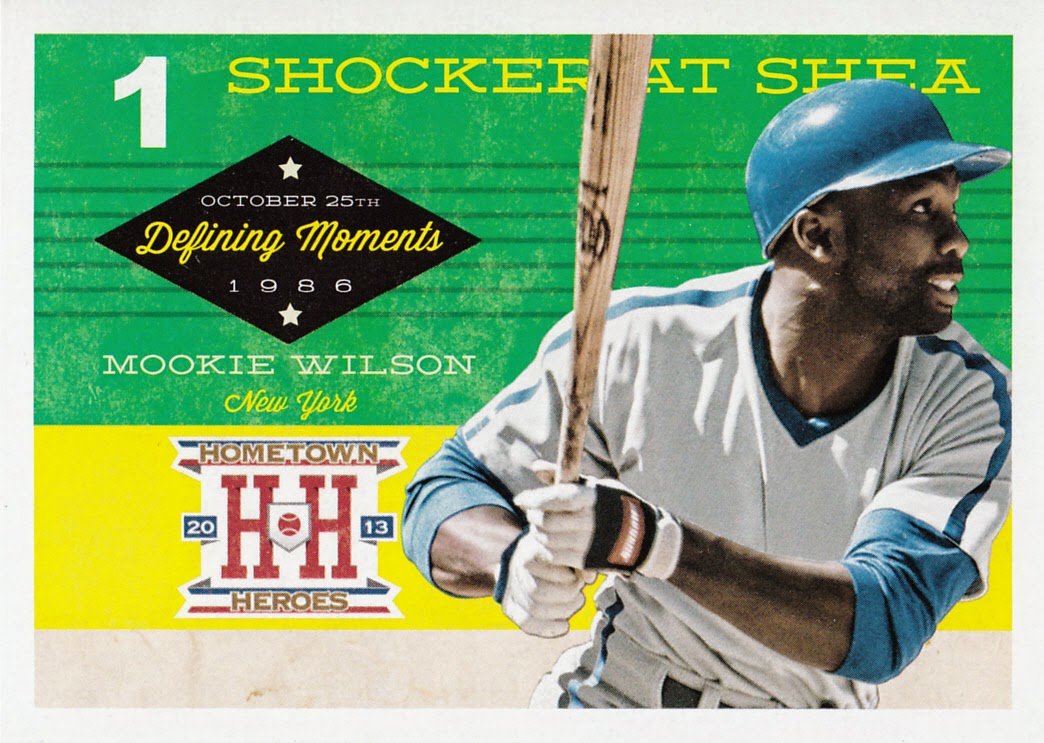 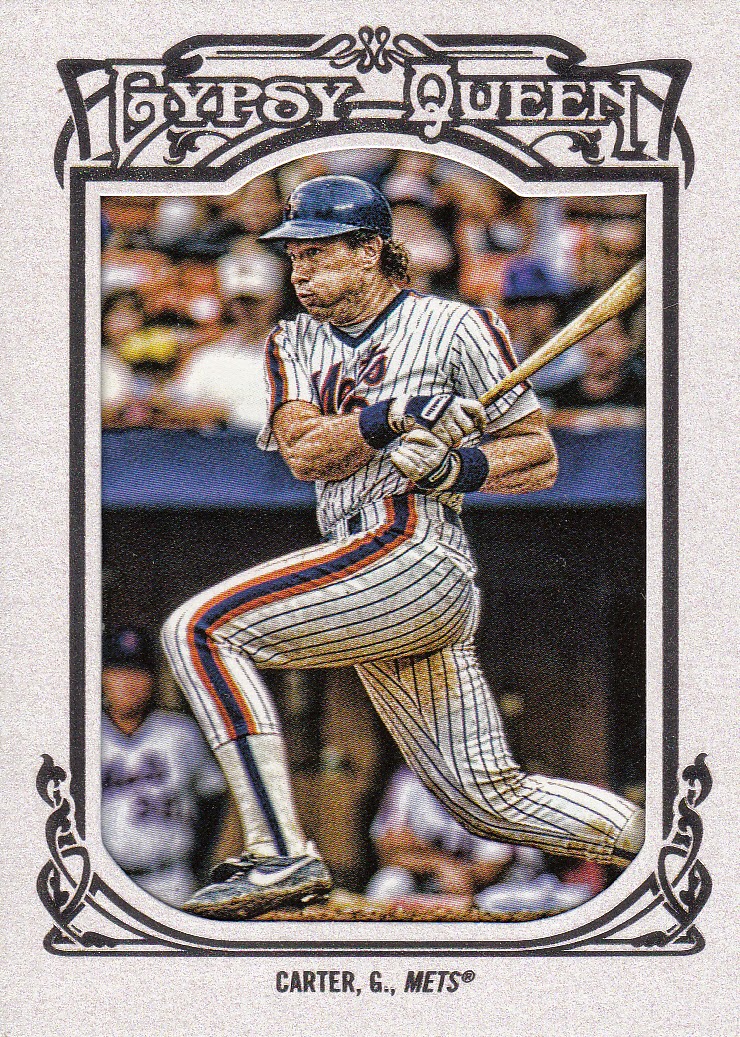 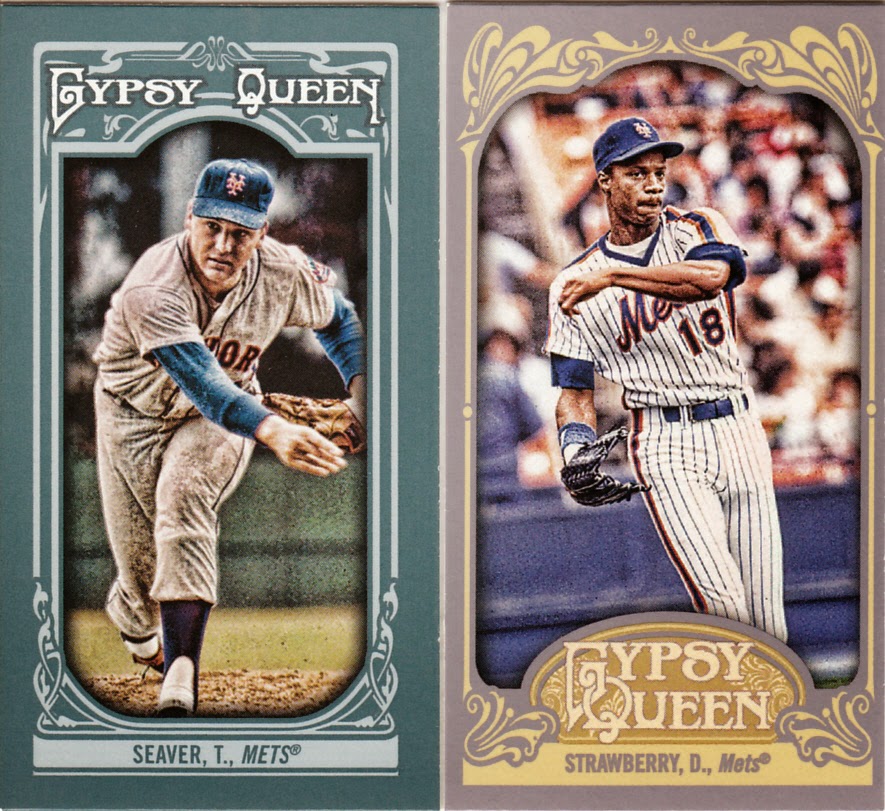 Keeping with the GQ theme, a pair of minis from the past couple years of the product. 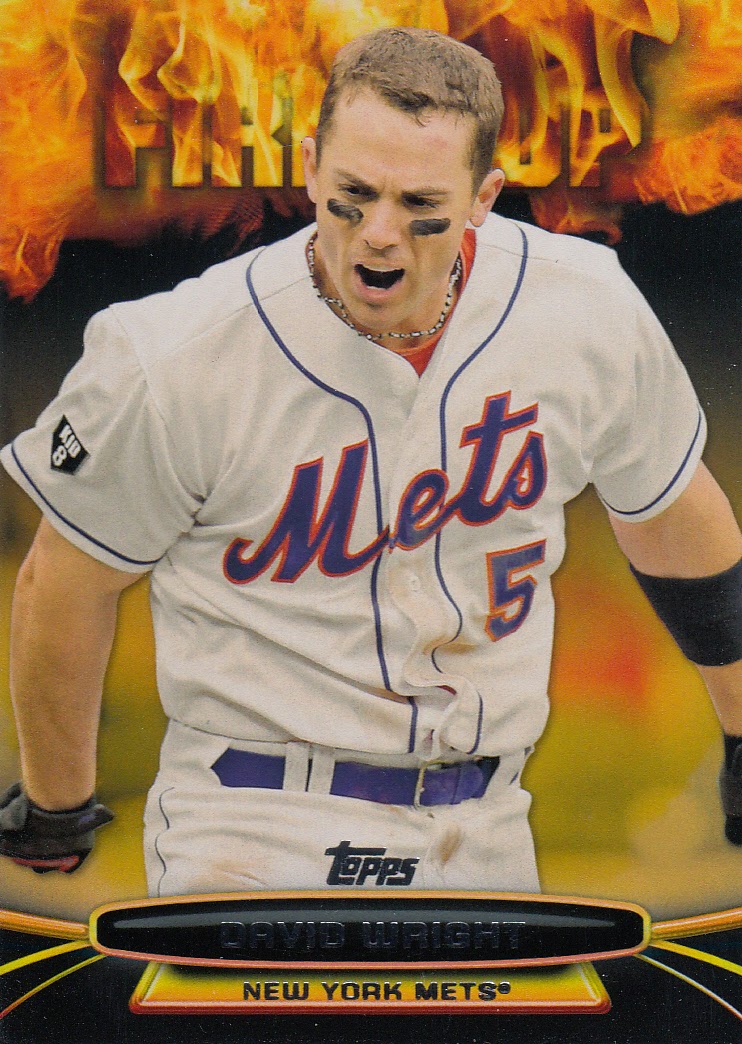 The "Fired Up" inserts from this year's Opening Day release are pretty cool, I guess.  At least it's a new (as in, non-recycled) image of David.  And I can appreciate that, for sure.

But, my favorite of the lot was this card: 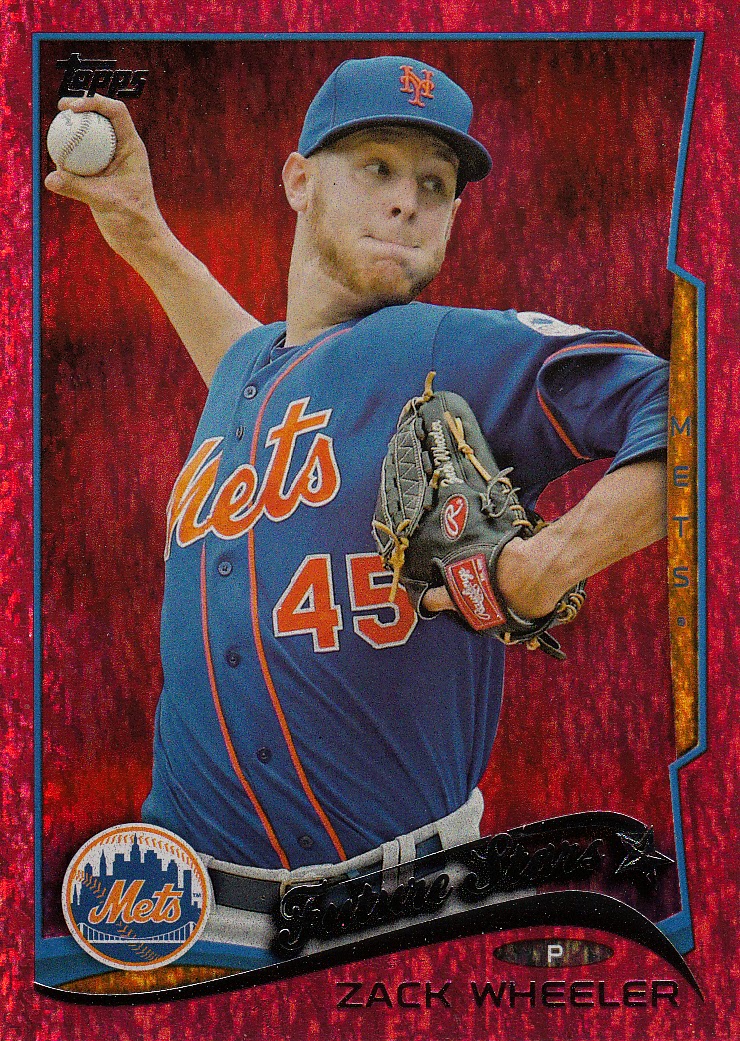 I had toyed with the idea of grabbing Zack Wheeler's red hot foil parallel off eBay for a few months now, but never pulled the trigger.  I think the regular card is pretty sharp looking, and this one takes it to the next level.  A great card of the Mets young ace.

Tom, thanks again for bestowing all these great Mets cards upon me.  I hope we can swap again in the future!