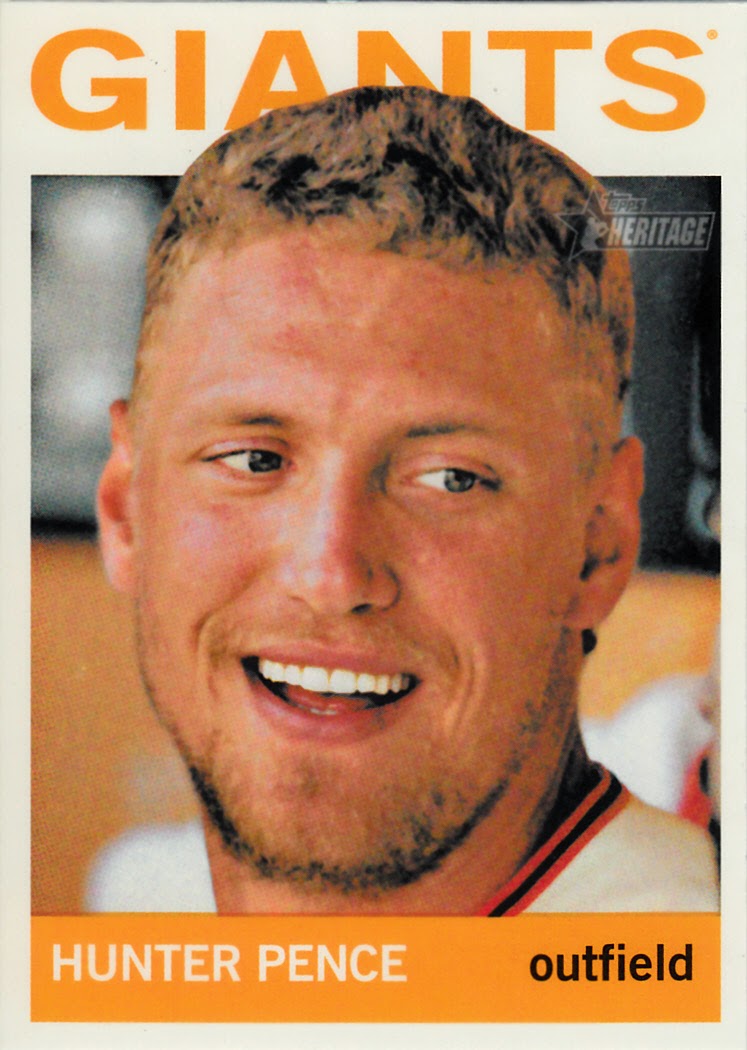 In honor of the playful tweaking (you prefer trolling?) recently heaped upon Giants outfielder Hunter Pence by a few of the creative stadium dwellers in Queens, NY comes today's post.  I did my best to conjure up all my creative powers in an attempt to capture the spirit of the good-natured ribbing that Pence got--and also subsequently gave back.  All in good fun, which is nice to see in today's super-serious and politically correct social network-powered society.

Aside from the title of this post--which is appropriate considering Pence's 2013 Heritage card is, in fact, a short print--here are a few hobby-related Pence-isms the Clubhouse staff came up with:

You get the idea.  Feel free to add your own in the comments section below.  I'm sure there are untold numbers of more creative individuals out there who can easily top my output.  Plus, y'know, it's fun!

Anyhow, this post wasn't solely intended to poke some more fun at San Fran's favorite hyperactive son.  Rather, Pence's SP was one of 16 from last year's Heritage set that I recently picked up from a fantastic eBay seller.  All were priced at a dollar, with an offer for free shipping if you bought at least 10 items.  So, for $16 I got 16 short prints.  Considering a $19.99 Heritage blaster will, at best, net you three SPs, I thought this was too extraordinary a deal to pass up!  And, best of all, the guy had all but two of the short prints I need to finish off the set.  (Only missing the Trout and Mariano, in case you are wondering.)

Here are the rest of my newly acquired lot: 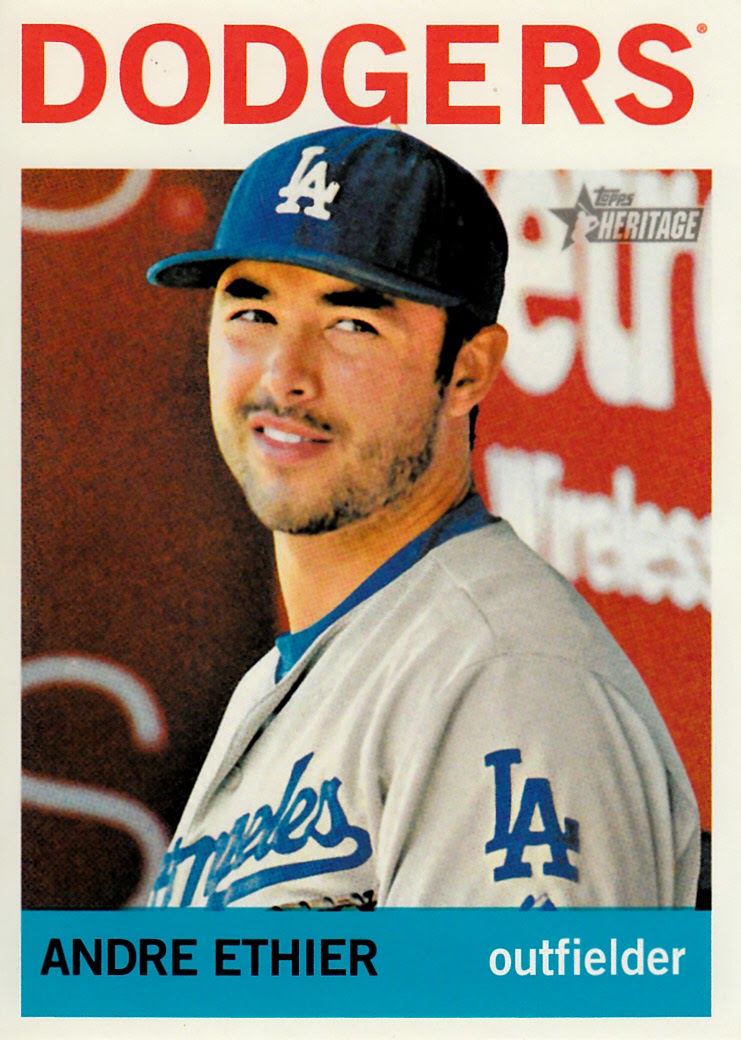 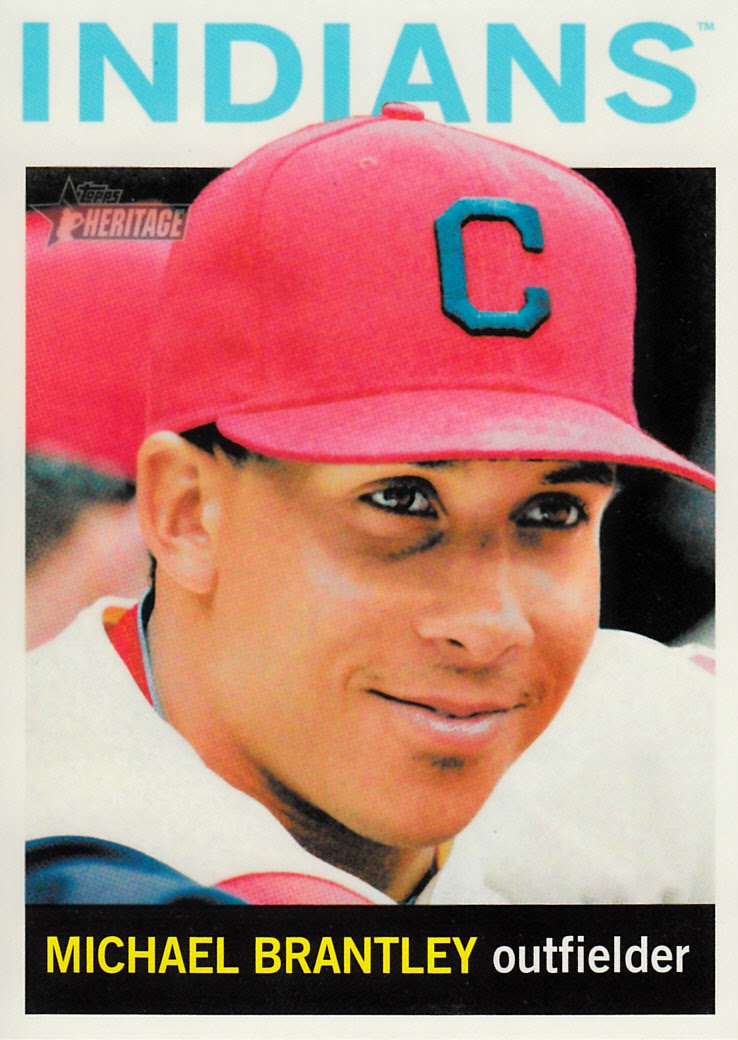 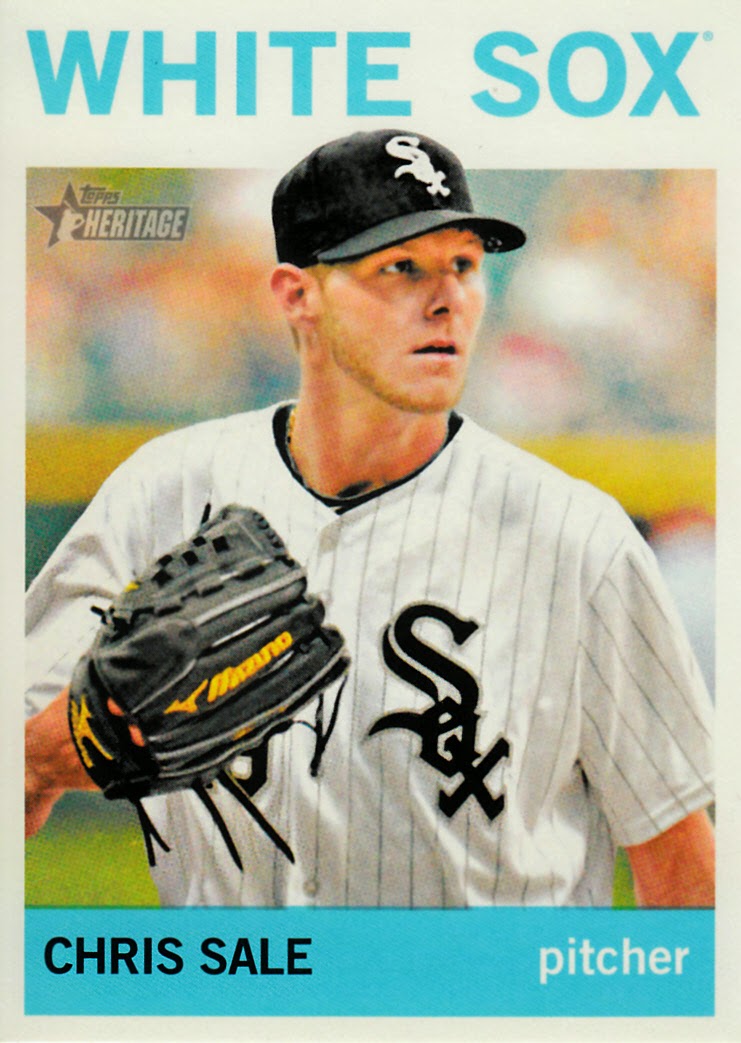 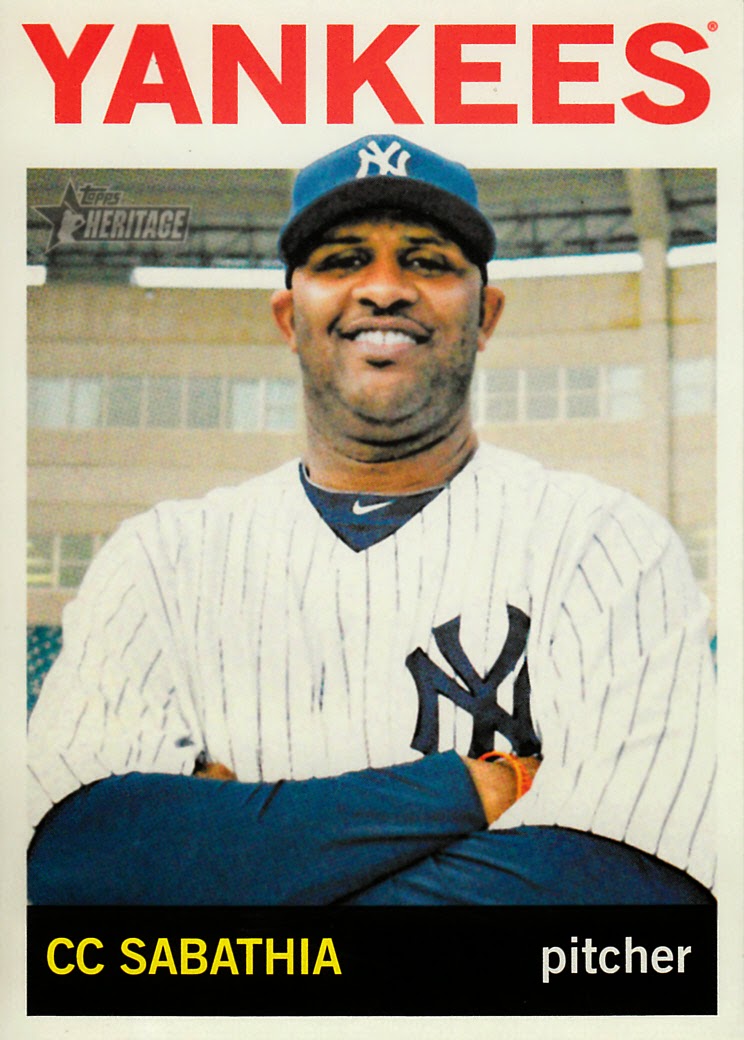 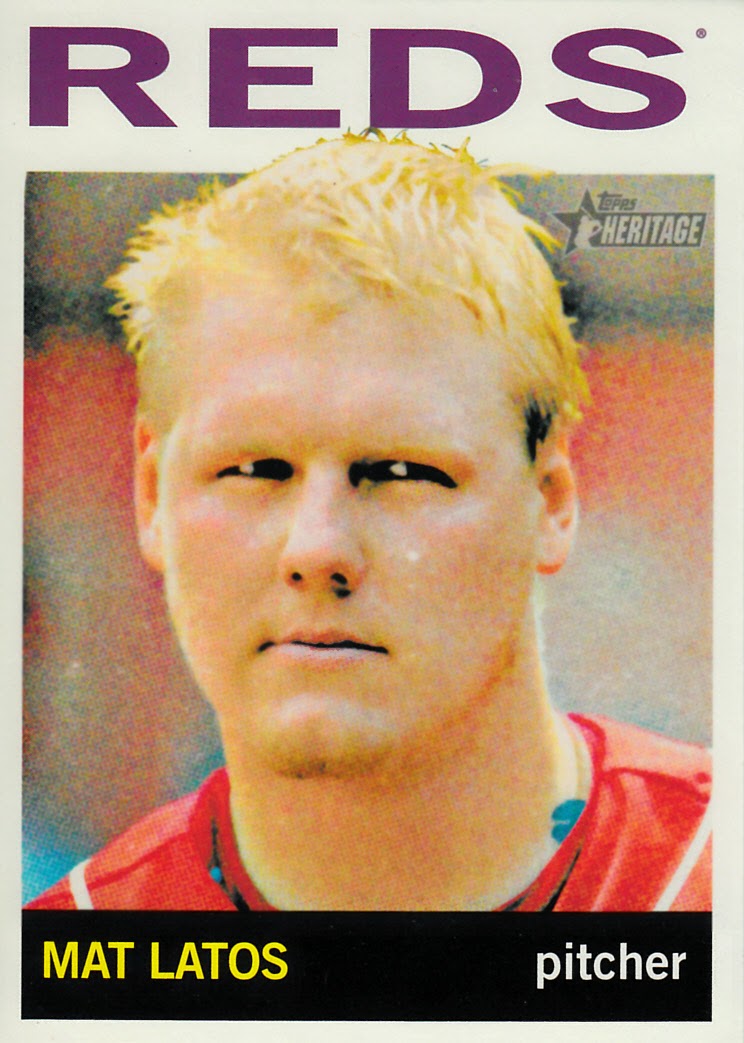 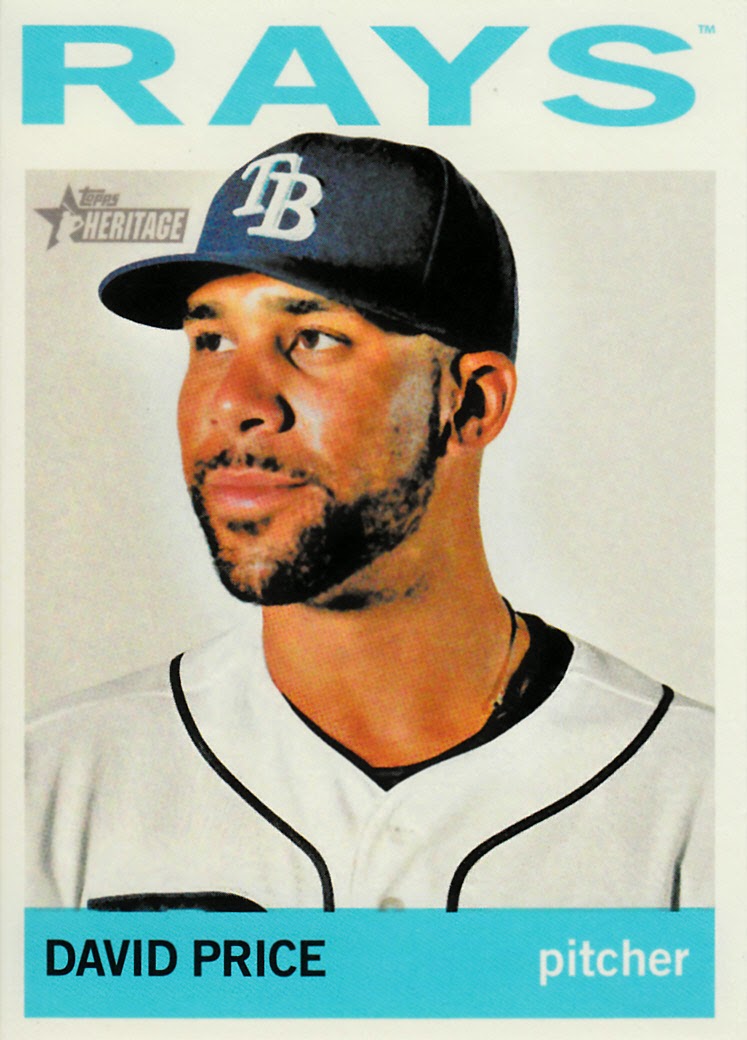 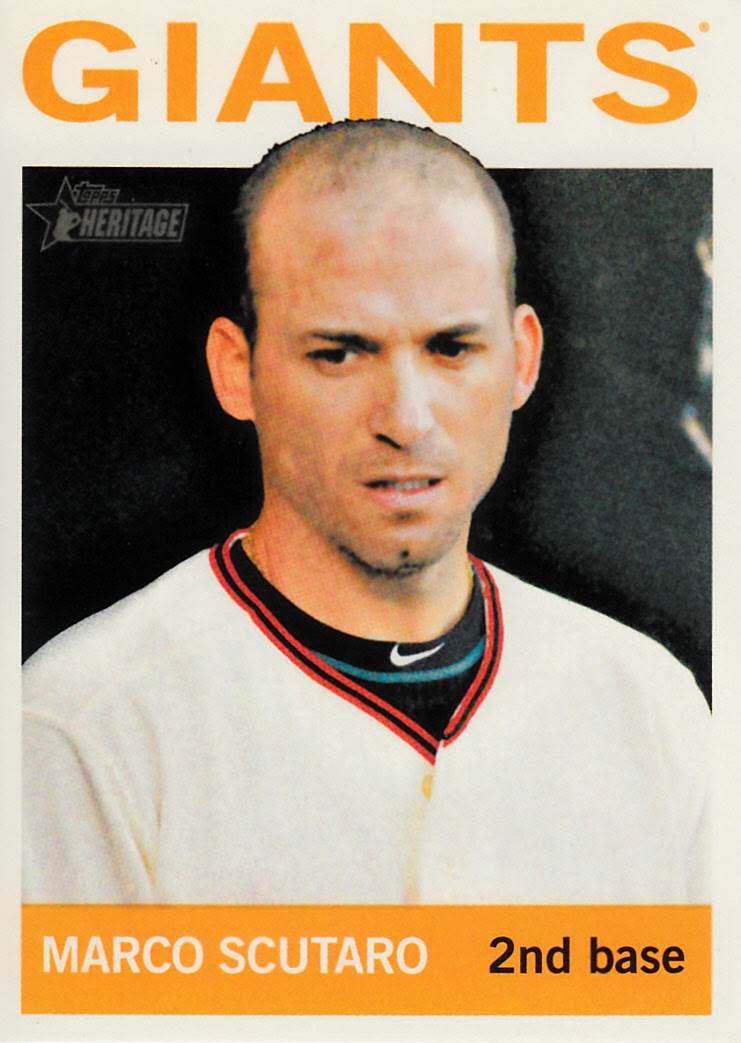 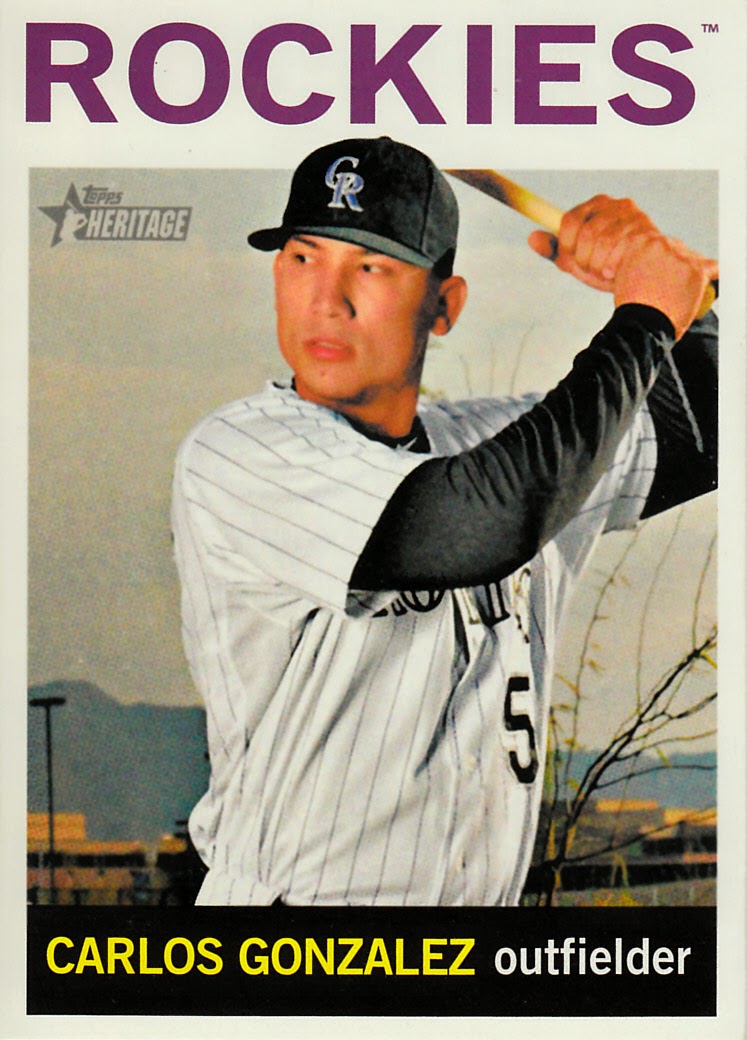 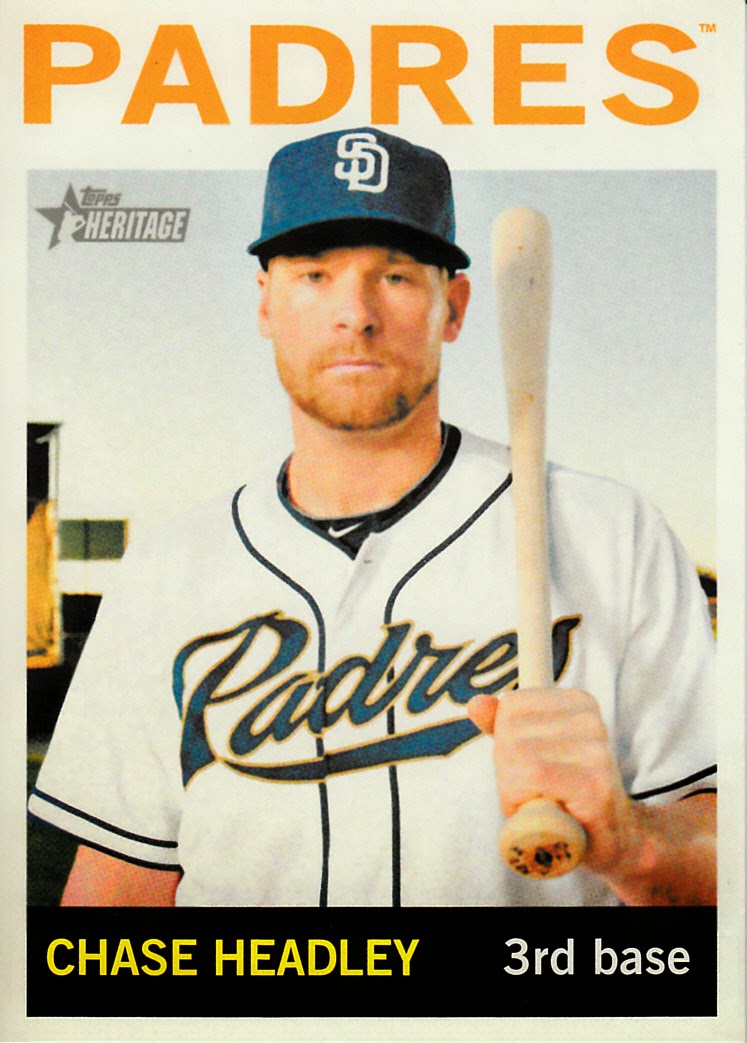 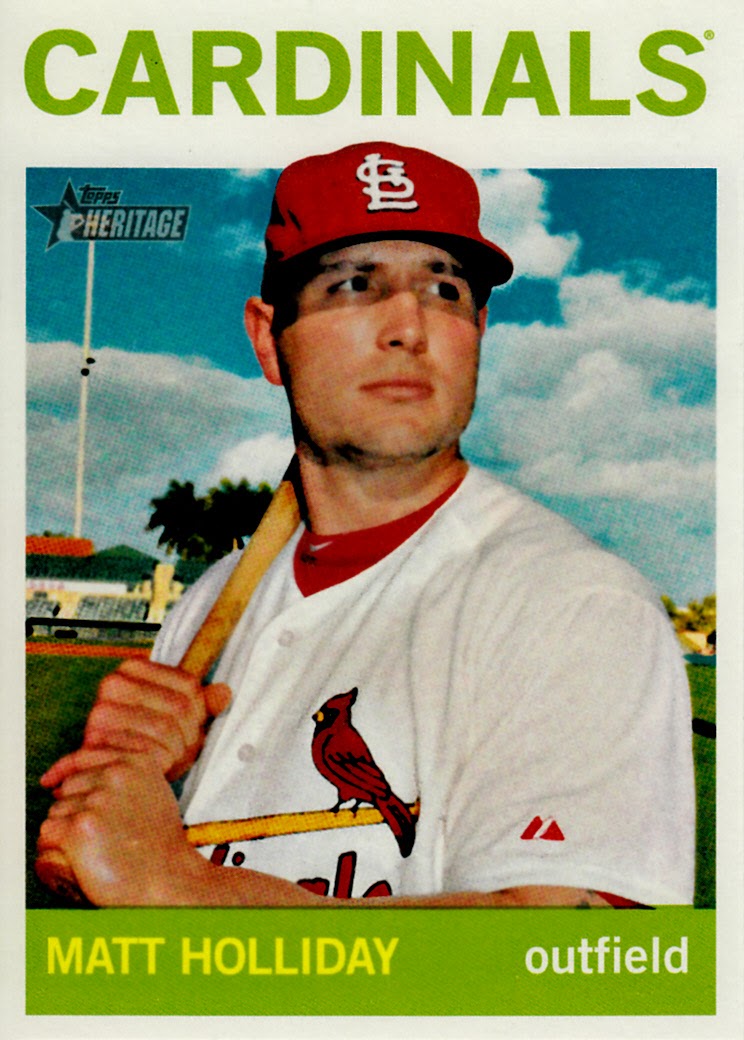 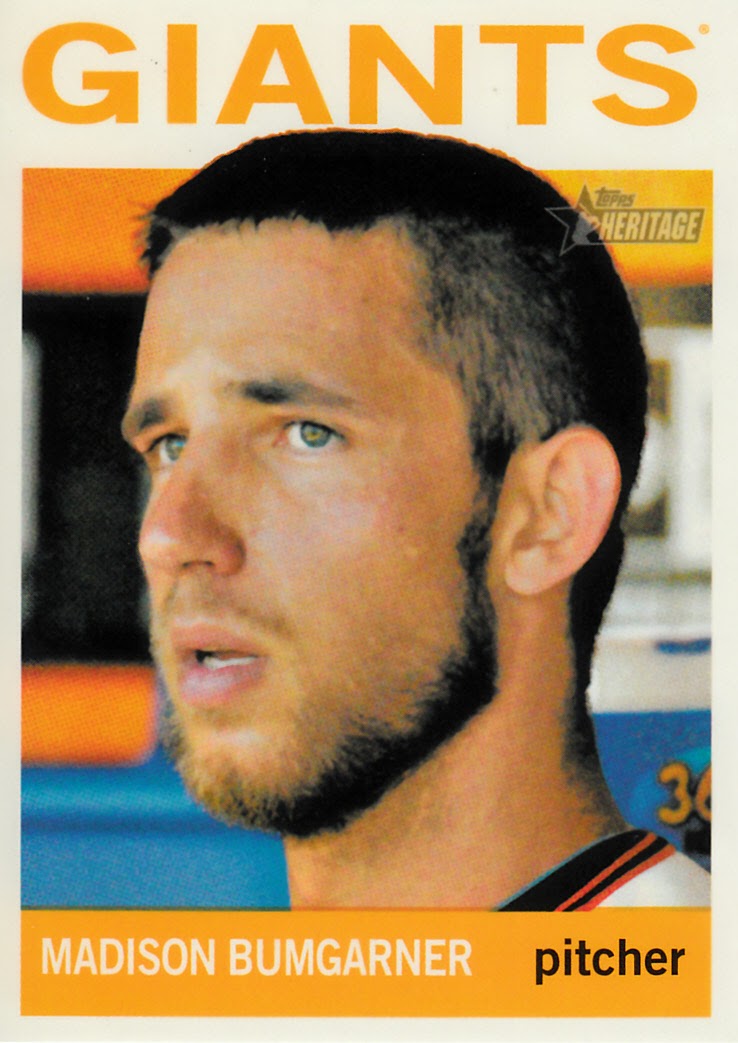 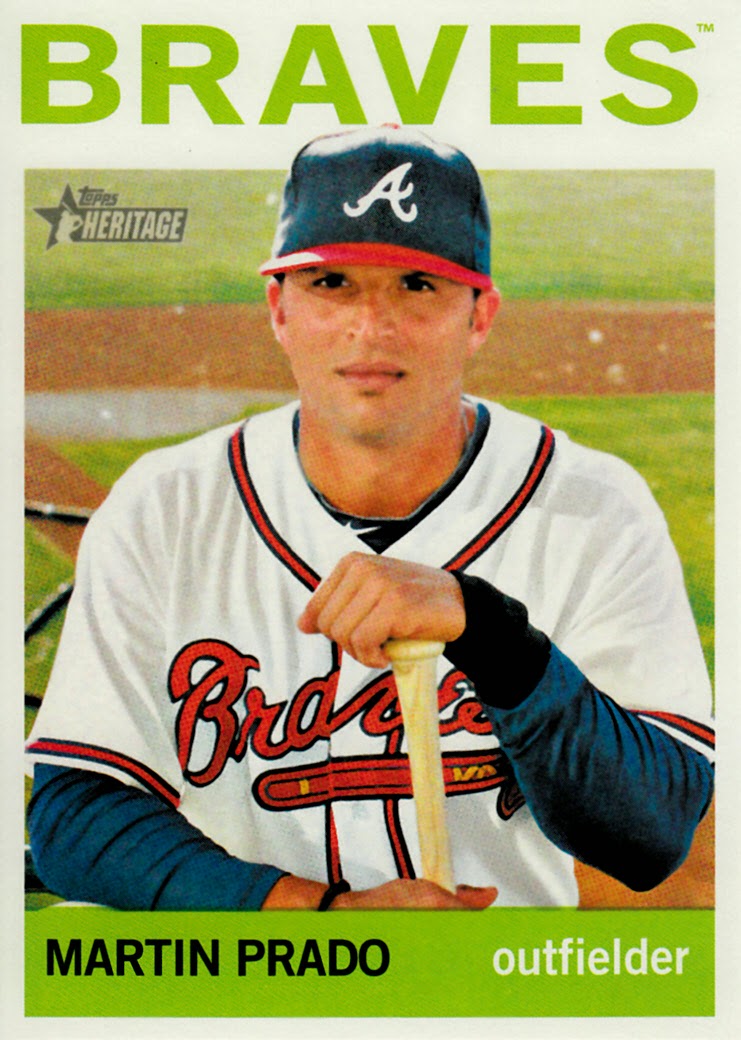 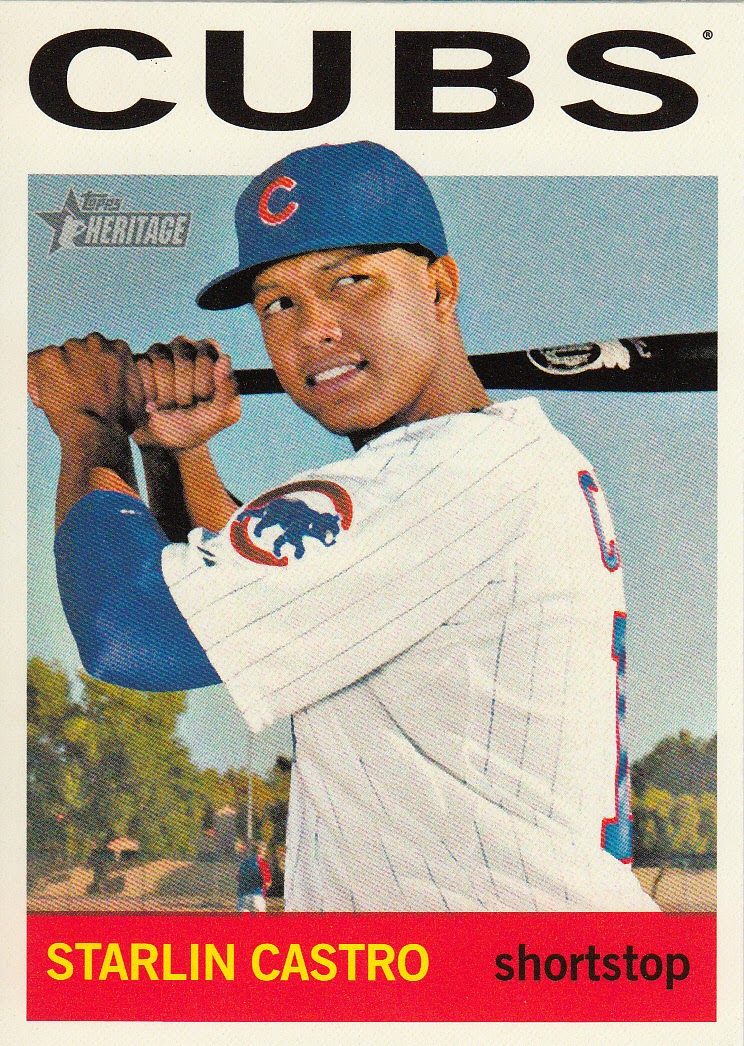 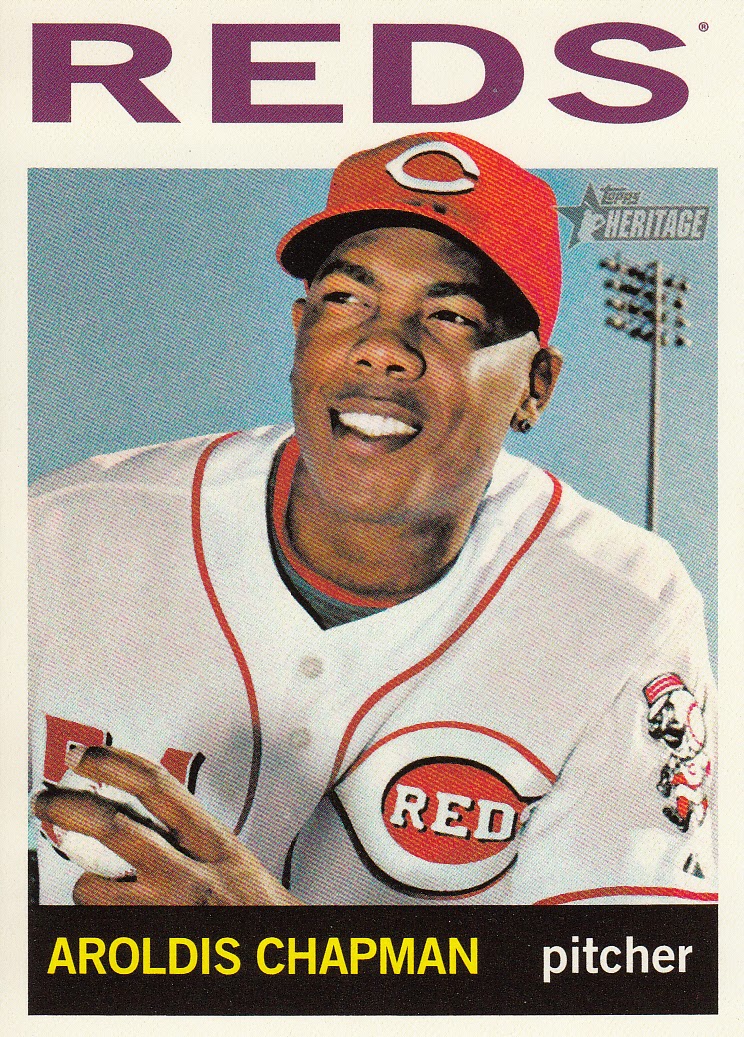 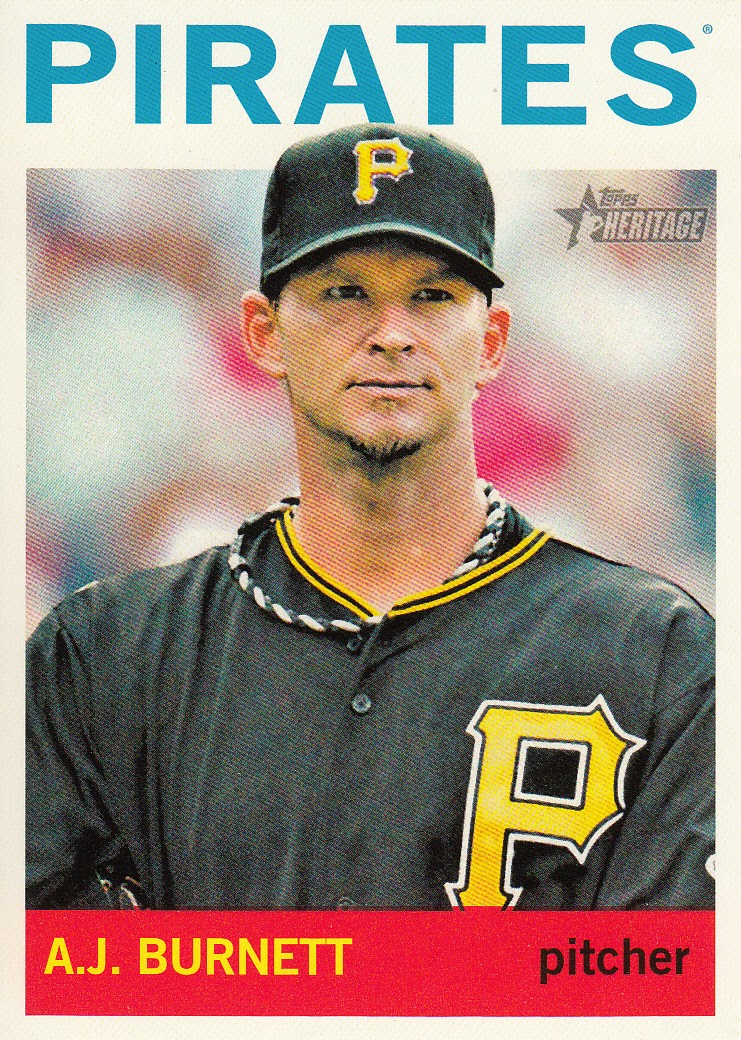 With three more cards (yeah, can you believe I still need a freakin' non-SP base card?!), I can officially claim to have completed the entire 500-card Heritage checklist plus the 100-card High Number box set.  I did the same for the 2012 Heritage set, which I considered one of biggest and proudest accomplishments of my collecting life.

Probably not a front-page news story for most collectors, but for a small potato like me, it's a big deal!

And that's something I'm sure Hunter Pence could appreciate, too.