Mr. Met, A-Rod, and the Chief (aka More Cards from Shane!) 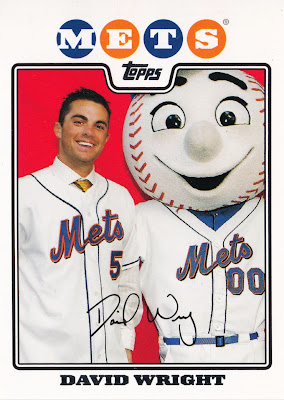 Yet another award-winning PWE from my main man Shane at Shoebox Legends recently came my way.  As always, that means some fantastic new Mets cards, plus any number of assorted fun finds for either my player collections or perhaps my growing hockey card infatuation.

Well, it doesn't get much more fun than Mr. Met and David Wright sharing a baseball card, does it?  Today's header card is apparently from some sort of 'Back to School' promotion that Target retailers did back in 2008.  I certainly don't recall such a promotion.  Then again I wasn't actively collecting at the time, so that would figure. Anyhow, I knew about this card from seeing it peeking through the front window on many a repack over the years.  And, for some reason, I never pulled the trigger. 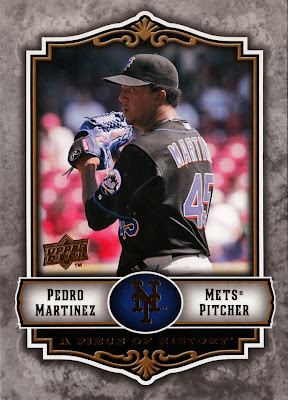 A new Petey card is always a plus!  And Upper Deck's 2009 A Piece of History is a pretty sharp looking little number.  This is my first Mets card from that year's release. 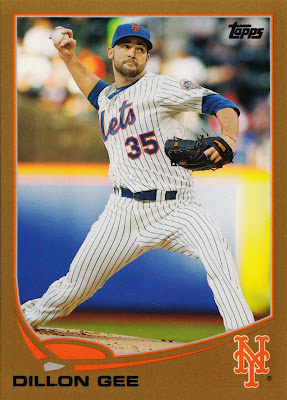 In what has become an annual rite, Dillon Gee recently landed on the disabled list.  Doesn't sound like anything serious, but it's a nuisance nonetheless.  However, it does open the door for highly-touted righty Noah Syndergaard to make his big league debut in Chicago on Tuesday night. 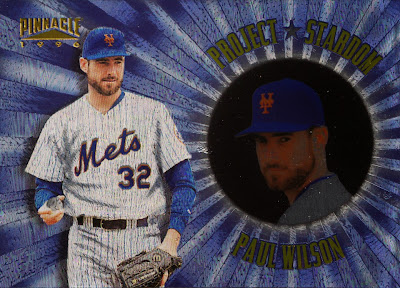 Speaking of pitching prospects...  I really dig this Pinnacle 'Project Stardom' insert of former blue-chipper Paul Wilson.  The Mets seem to be pitching rich these days with all the exciting young arms and it kinda reminds me of the mid-90s when Wilson, Isringhausen and Pulsipher caused Mets fans to dream wonderful dreams. Except, all of those guys turned out to be duds.  Yeah, I know Izzy carved a nice niche as a closer later on, but that doesn't cut it! 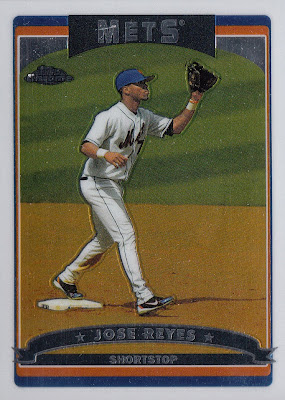 I had to look this up, but this is only my second regular Topps Chrome card of Jose Reyes (the other being 2008). 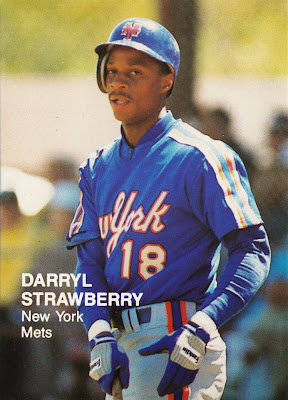 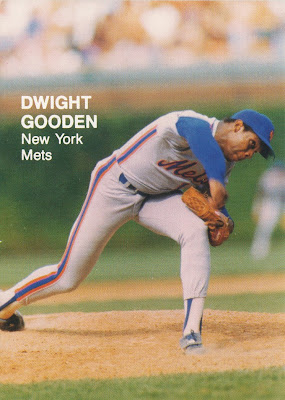 A double serving of Broder cards from the late '80s!  I'll never get tired of these things!

We now interrupt this string of Mets cards to bring you a bit of A-Rod... 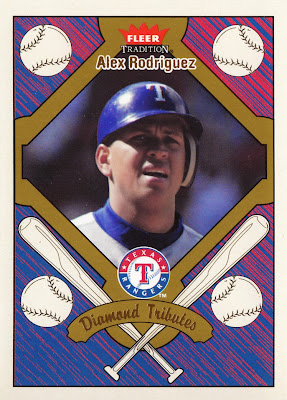 Maybe you heard, but this guy has 661 home runs for his career.  And don't give me any of this asterisk or cheater business.  Alex was hitting bombs as a pro ballplayer when he was 20 years old! 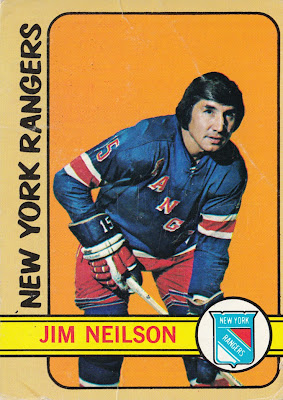 LET'S GO RANGERS!!!  The Blueshirts took Game 6 versus the Caps on Sunday, thus forcing a seventh game at MSG on Wednesday night.  Here's hoping Alain Vigneault's boys get the job done and advance to the conference finals!

By the way, this is my first vintage hockey card.  Pretty exciting stuff!  Don't let the game show host hairdo fool you, the half-native Neilson--nicknamed "Chief" during his playing days--was a notoriously physical player and a solid defenseman for nearly two decades in the NHL.

This Neilson card was a pretty great surprise to find mixed in with all the baseball.

Shane, thanks again for the cool cards and for keeping up our PWE exchanges!  Your next group of Sox are already on their way!