What Have I Gotten Myself Into? (aka Zistle the Sixth) 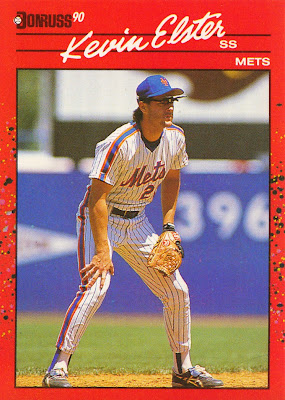 As I've written about at length, Zistle has brought a new energy and excitement to the hobby for me.  Keeping track of my collection is now an enjoyable task and scanning cards has become an art more so than a chore. The trades are a blast, too.  I recently wrapped up my sixth deal -- one with member rookieb -- and I think it was my biggest one yet.

Biggest in terms of quantity of cards acquired, not so much in the 'wow factor' department.  Don't get me wrong, I'm not hoity-toity enough as a person or collector to poo-poo any cards or trades.  And since I grew up during the golden days of the junk wax era, I never turn my nose up at the stuff.

But, here we are, half a dozen trades into my Zistle trading portfolio, and this was by far the junk wax-iest trade of them all.  It was mostly '90s Donruss, '91 Bowman and a couple latter-day cards.  Not exactly the stuff of legend.

Then again, I didn't exactly trade away a '52 Mantle to get any of these cards and, well, they are cards that were on my 'want' list, thus they were missing from my Mets collection.  The life of the team collector, I suppose.  If anything, shame on me for not having these damn things already.

It's just funny, because before blogging and before getting the team collector bug, I wouldn't have dreamed I'd be in this position, trying to hunt down cards like a 1990 Donruss Kevin Elster. 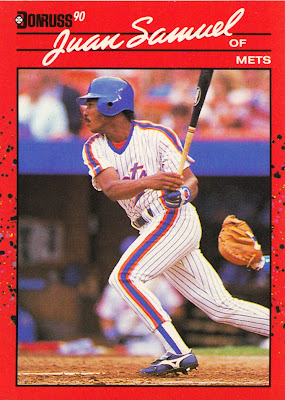 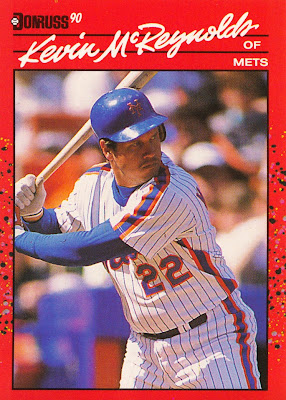 Sadly, I'm still two cards shy of owning all the Mets from this set.  Ugh! 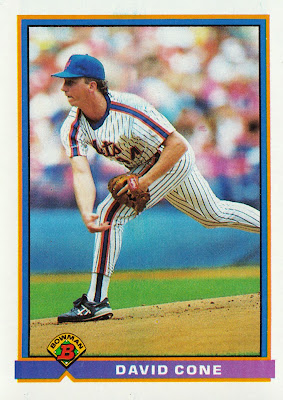 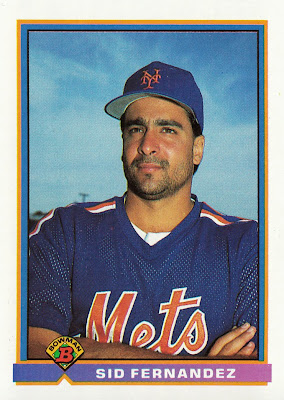 These cards are  not for the feint of heart. 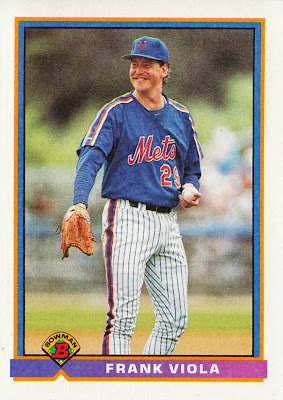 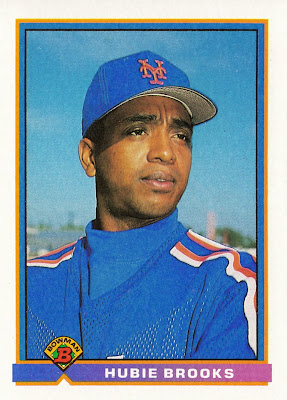 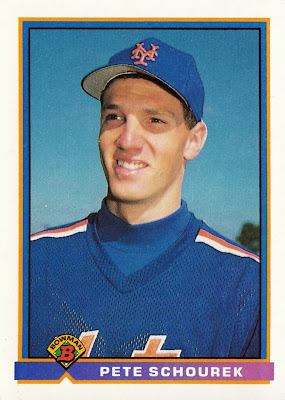 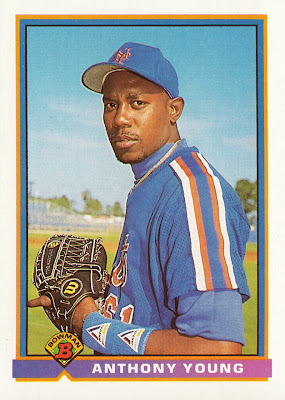 If you're still reading this, you're either a Mets fan or my wife. 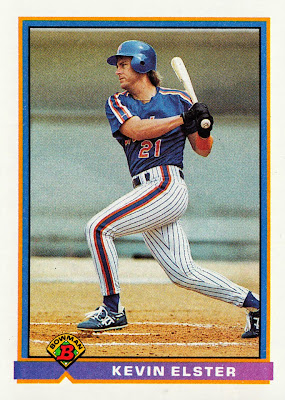 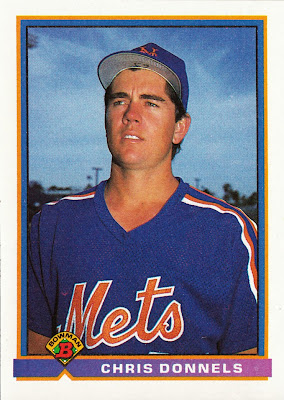 Okay, we all made it through unscathed, I think.  Still there?  If I haven't driven you away, let's look at a few more cards from this trade, which totaled 23 cards.

Let's wash away the grittiness of those Bowman cards with a pair of Dwight Goodens... 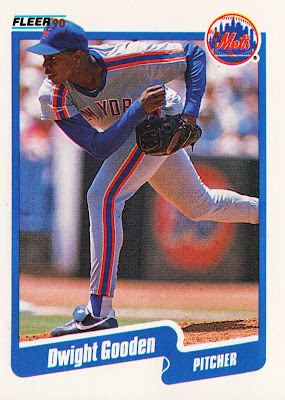 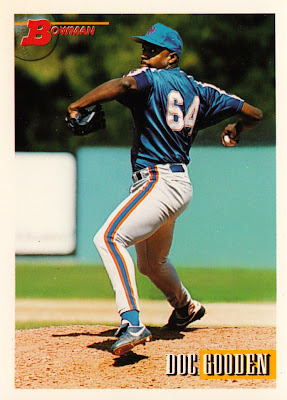 I had to do a double-take on this Bowman card since Doc isn't wearing his usual jersey number 16.  A 64 in spring training?  Sup with that?

A pair of neat Fleer oddballs were part of this latest acquisition, as well. 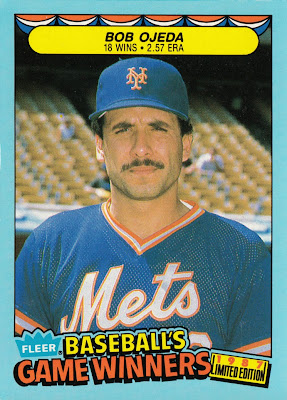 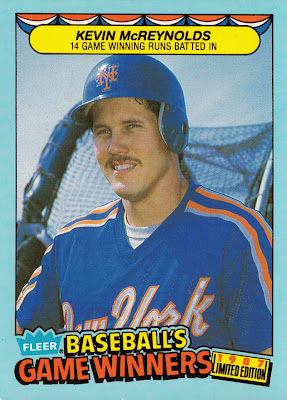 Those little department store or pharmacy boxed sets are among my favorite things about the '80s card collecting scene.  Can't get enough of 'em! 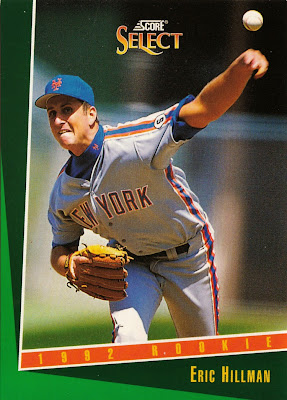 1993 Score Select Eric Hillman rookie?  Sure, why the hell not. 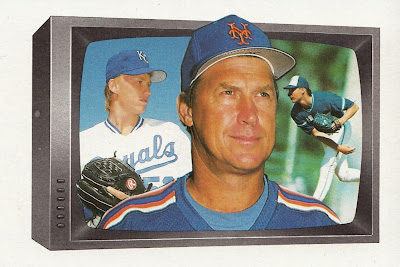 This was perhaps the best single piece of the trade since I cannot think of any other Mel Stottlemyre Mets cards.  This one is from '89 Bowman and it features a collage of the former Mets pitching coach and his two big league sons, Todd and Mel, Jr.

We leave the junk era and enter the era of gross excess (aka the late '90s) for these next three, all from '98 Collector's Choice.  I very little of this set in my collection. 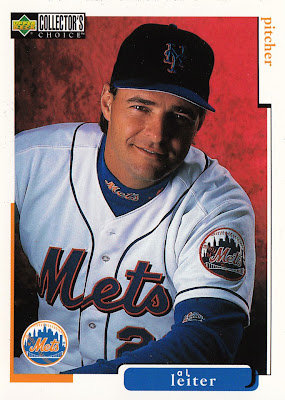 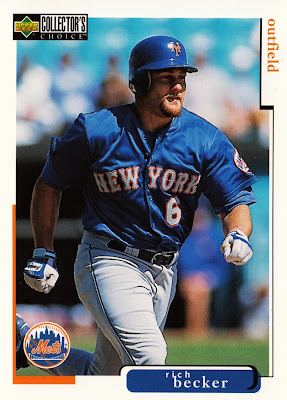 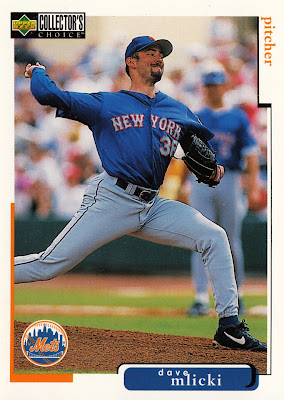 It's getting harder and harder to unearth late '90s commons at card shows nowadays -- well, for me anyways -- so it's pretty satisfying to track these down.

And we zoom into present day for the finale of the trade. 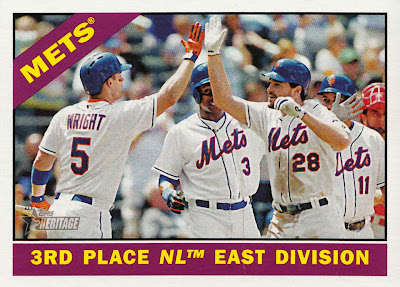 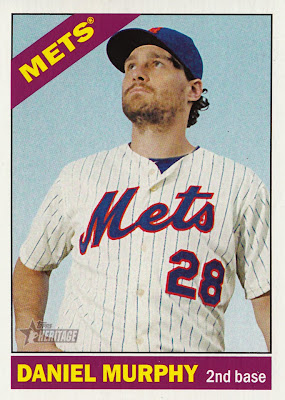 I must take umbrage with Topps since, technically, the Mets and Braves finished in a second-place tie in the NL East.  I guess since Atlanta begins with an 'A' they got the tiebreaker, eh?

Anyhow, that finishes off my '15 Heritage Mets team set.  It also polishes off my sixth Zistle trade.

Man, being a team collector is a weird scene!