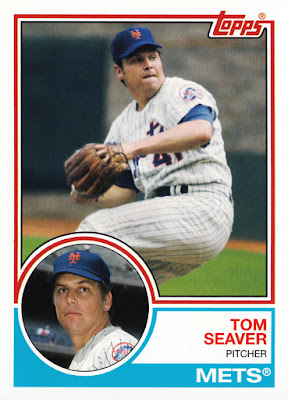 Before I give my two cents on 2015 Archives, go ahead and read (if you haven't already) the Shlabotnik Report's very lively and spot-on account of the new product.  Great stuff there, as always.

As for me, I surprisingly found blasters of the stuff on Wednesday at my local Target which ordinarily is the last retail location on earth to get any of the new card releases.  To say I was shocked is an understatement.

I bought a blaster box with the understanding that it would be the last box/pack/hanger of Archives that I would purchase for the current year.  Furthermore, I have decided that this isn't a set I'm going to attempt to build as I have since the Archives brand was revived in 2012.  Instead, I'll funnel that money into more important pursuits like Heritage and Heritage High Numbers, which are more than enough of a financial burden on a modest collector. 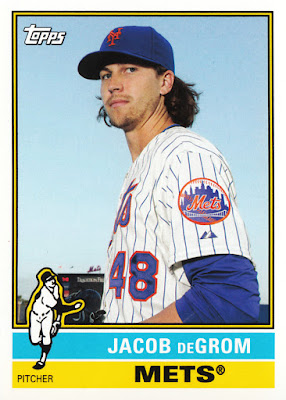 That doesn't mean I won't be snapping up stray Archives cards priced at a dime apiece at any upcoming card shows.  Especially the Mets from the set.  But, I won't go crazy trying to put the set together.  If it happens by accident, so be it.

The reasons behind these decisions were cemented before I even ripped the first pack of the blaster.  So this isn't a condemnation of the product by any means.  And, actually, much like Shlabotnik conveys, I was pleasantly surprised upon opening the packs. 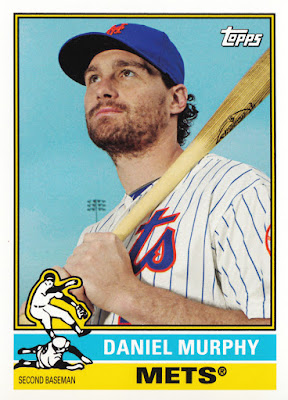 I would agree that it seems that Topps made a better effort with this year's release, especially in the category of photo choices.  This happens to be my biggest pet peeve of the hobby, by the way.  Normally, Archives burdens us with a lot of images that were already used in a flagship insert set or in Heritage.  That may be the case for a card or two in '15 Archives (case in point the Seaver card), but mostly these are fresh images as far as I can tell.  Now, that's not to say we won't see any of these images down the road in later '15 releases or beyond, but it's at least a step in the right direction. 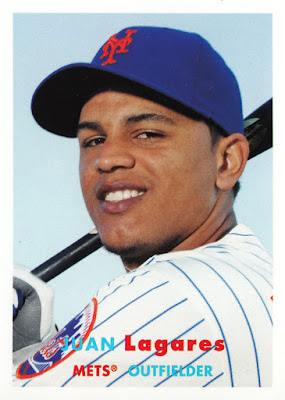 Speaking of pet peeves, can we discuss card stock?  Man, this stuff is flimsy.  Makes ya wonder why hobby boxes of the stuff are so darn expensive.  I know this is nothing new, as the past few years of Archives have featured similarly weighted stock.  But, handling these cards made me feel like I was holding some '91 Donruss or something equally cheap from that era.  And the cards are already starting to bow a little bit after being released from the prison of their pack (another peeve). 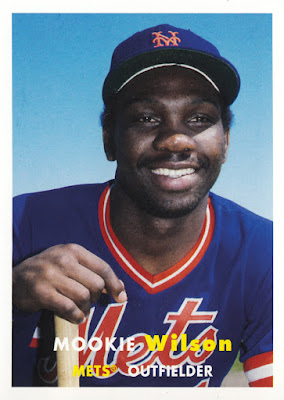 Regarding the three classic Topps years chosen for the Archives treatment this time around, I'm not particularly attached to any of them.  I guess that helps with my decision not to go bonkers after this set.  The '57 design has its merits of simplicity, but it's not a design you can cozy up with.  As for '76, its one that I actually enjoy most out of the trio, but even there I'm not passionate about it.  And '83, which I know many collectors love, is fine and good, but one that I can take or leave.

So there you go.  Nothing extraordinary or unexpected with Archives this year.  I certainly approve of them bumping up the base checklist to 300 base cards plus 30 short prints.  The SP checklist isn't even so obnoxious, as 99% of the vital 'active' players are within the regular checklist and, therefore, reasonably attainable.  Of course, the Kris Bryant rookie is among the 1% but, c'mon, this is Topps we're talking about, folks!

As you can see above, out of the 80 cards, I managed five of the 11 Mets featured in the base set, which is a pretty decent job!

Here are some of the other cards from my blaster which caught my eye, broken down by year. 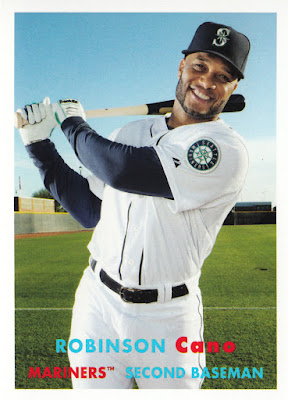 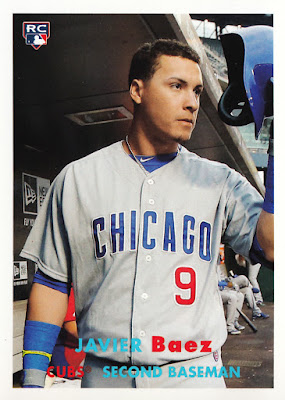 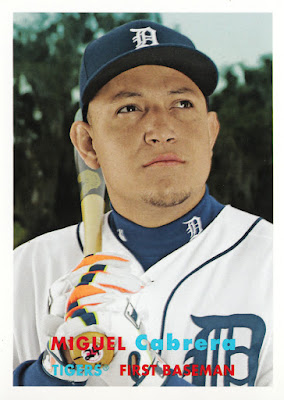 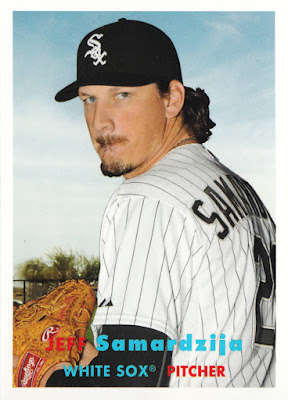 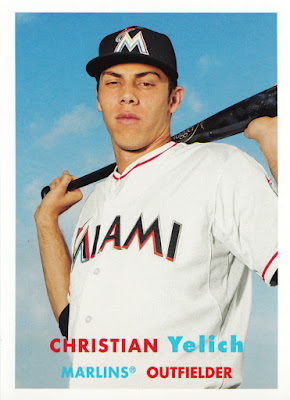 That Cano card is a real gem.  Nice to see Samardzija in his new colors.  And, what a terrible face by Christiain Yelich.  Yikes! 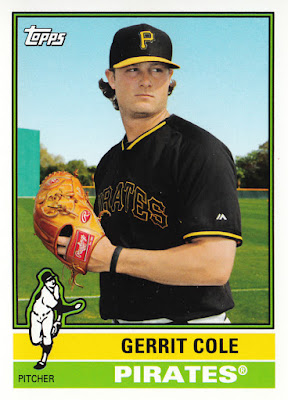 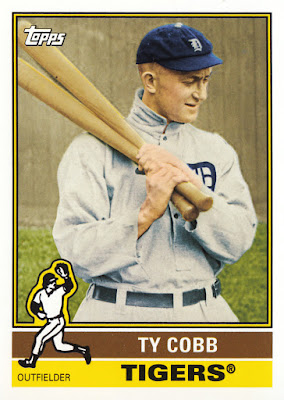 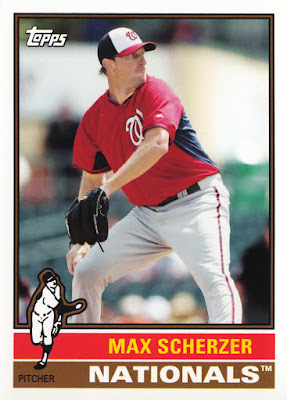 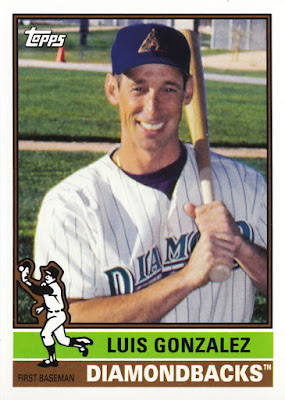 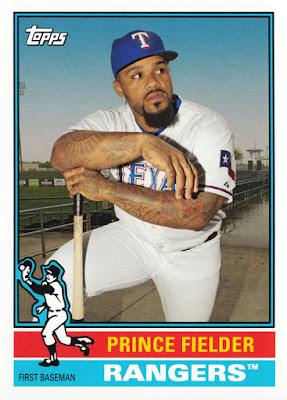 Great photo of the Georgia Peach!  Plus Scherzer in his new Nats colors.  Speaking of colors, it is always a hoot to see what color combos Topps comes up with for teams that did not yet exist during the original vintage year of the cards.  Both the Nats and D-backs get the brown treatment.  Pretty yucky! 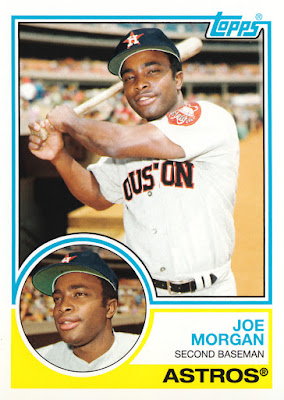 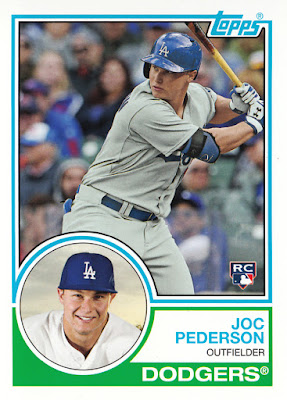 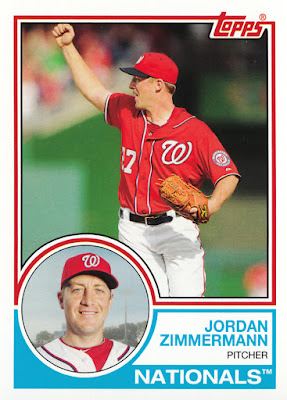 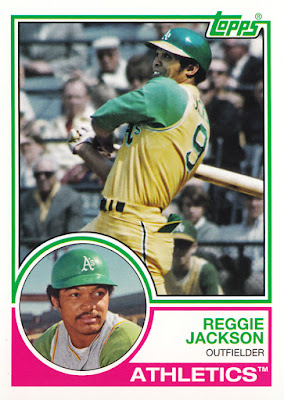 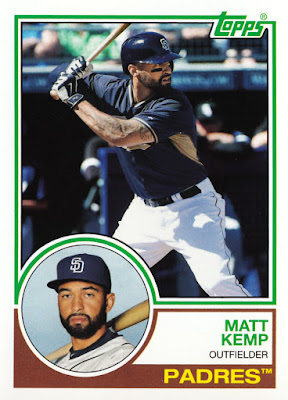 How great is that Morgan card?  Joc rookie is a nice pull.  Great photo choice for Zimmermann.  Kemp as a Padre.

Nice cards overall.  Like I said, I wasn't upset or disappointed by what this blaster yielded or what the cards looked like.  Just the same, I'll keep my acquisitions of new Archives to the secondary market.

Oh!  I nearly forgot inserts.  Landed only three in my eight-pack blaster, but that's fine with me.  The retail inserts aren't much to crow about.  The hobby edition is where it's at, I suppose. 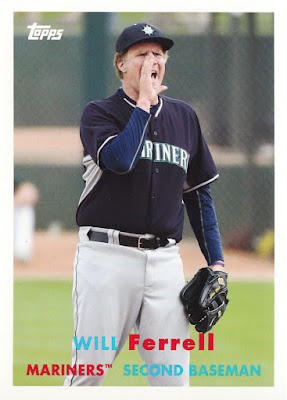 Seeded at one in eight packs, these Will Ferrell cards probably appeal to somebody.  Just not me, unfortunately.  If anyone has a Ferrell fetish, this one is up for trade. 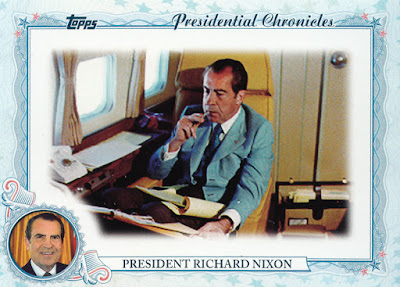 Ditto for Tricky Dick.  Though, I must admit this is a pretty sweet pic of the former Commander in Chief. 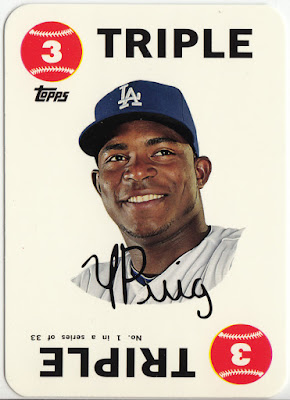 The best insert of the bundle.  I think these were 1:16.  Not a bad player to get either.

Your thoughts on this year's Archives?  Are you planning to build the set?  Did you pull anything good from your packs and/or boxes?  Please share!

Edit: Since Mr. Wallach Blog asked, here's a look at the card backs...