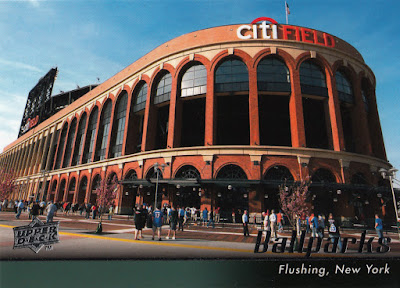 A week or so before Christmas I got a nice PWE from Oscar, the Dodger-loving author of All Trade Bait, All the Time.  Totally unprompted and containing an assortment of Mets cards plus a nice holiday greeting.  Card bloggers are really decent people, are they not?

Included among the cards from the Left Coast was the beautiful shot of Citi Field you see up top.  From the the final year of Upper Deck baseball.  I can't believe I've been so long without this one in my collection! 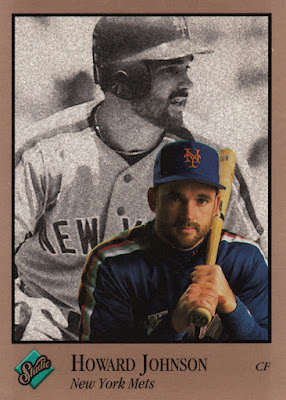 This one was also M.I.A. from my Mets collection.  The 1992 set was Studio's inaugural release, and still one of the best they ever made.  Did you know HoJo was/is an R&B and blues man?  That's what the back of the card says. 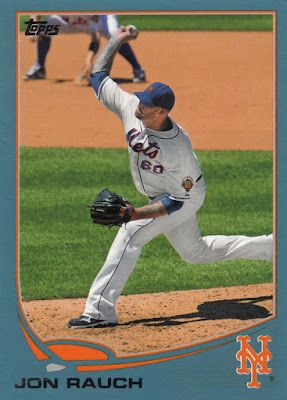 Thanks to the addition of this Walmart parallel, I've now got the blue, red, gold, emerald and base versions of Jon Rauch's 2013 Topps card.  That's probably more than Jon Rauch has.

Here's a snapshot of the rest of the Mets included in the Yuletide PWE... 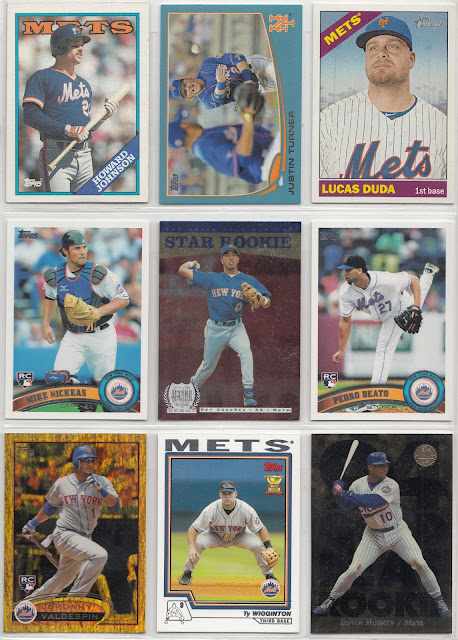 Nice assortment.  The Ordonez and Huskey rookies and the Topps parallels are nice pickups, even though I already had them.  It won't be hard to find other Mets collectors who are in need via Zistle trading.

The final card from the PWE actually was not a Met, but he did eventually end up playing for the New Yorkers... 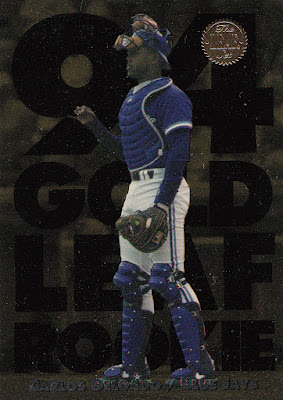 A most excellent addition to my Delgado collection is this '94 Gold Leaf Rookie.  It's pretty easy to forget that Carlos's career began behind the plate.  Yet, I still remember seeing him play for Class-A Dunedin when our family would go down to Florida to visit family during the summer.  I think I still have a game program with Delgado on the cover...in full catcher's gear!

A most heartfelt thanks for keeping me in mind, Oscar!  I appreciate the cards, and I hope you and your family had a wonderful Christmas!