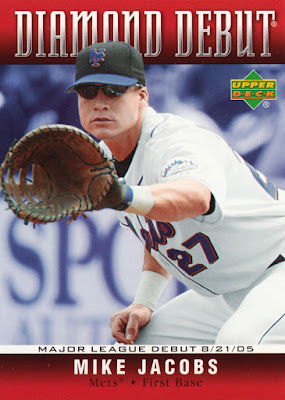 Happy Christmas Week!  Today, another Zistle trade to pass along -- my 18th exchange on the best collection-tracking website on the 'net.  This particular swap came courtesy of Zistle member Wilson, who also happens to head the Tenets of Wilson blog.

As you'll see, this trade was heavy with Topps flagship and Update, but it also featured a big hit for my All-Time Mets Project.  In the lead-off spot, you see my very first Mets card of Mike Jacobs -- a Diamond Debut insert from '06 Upper Deck.  What a debut it was for Jacobs, by the way: a pinch-hit three-run homer off Washington's Esteban Loaiza.

And now the rest of the nine-card haul... 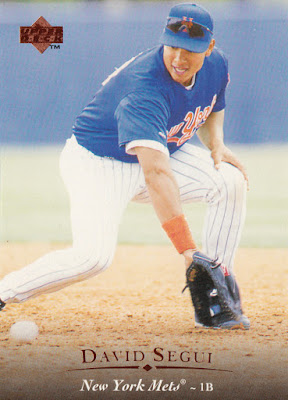 A solid pair from 1995 Upper Deck, including a Robert Person rookie.  The base design for '95 UD is one of the most attractive of the period.  It's simple yet classy.  Let the photo do the talking.  Classic Upper Deck formula. 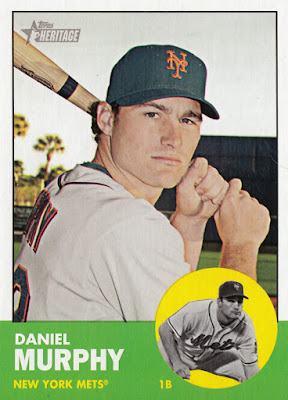 I'm really going to miss Murph as a Met.  A younger, less scruffy mug of Daniel on this '12 Heritage base card. 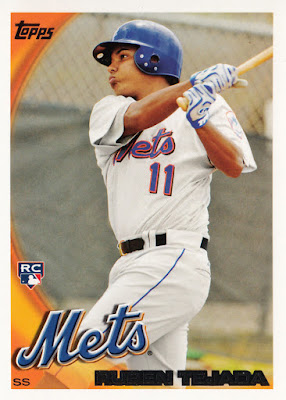 I didn't buy a whole lot of 2010 packs since I settled for a factory set that year.  In fact, I can't say I opened a single pack from Series 2.  Thus, I was still in need of this Ruben Tejada "rookie" card. 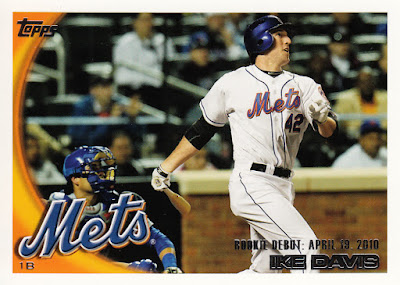 Similarly, I snagged a hand-collated 2010 Update set off eBay, and I don't recall buying any packs or boxes of '10 Update.  So, Ike's "Rookie Debut" card plus these next two were M.I.A. from my Mets collection. 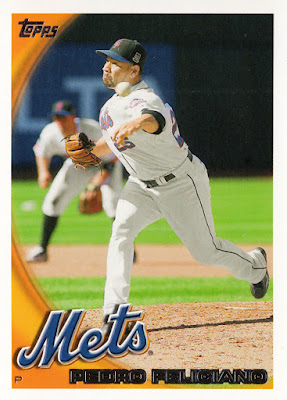 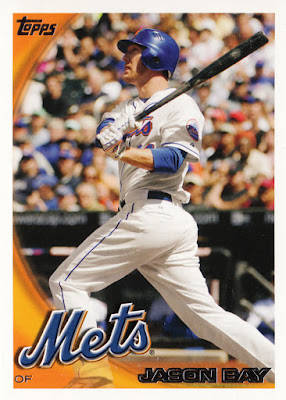 I have to admit, as much as I'd rather forget about Jason Bay's time in New York, I like this card an awful lot.  It's a great photo capturing Bay's compact swing, and it's framed rather nicely.  Probably my favorite Bay card from his Mets days. 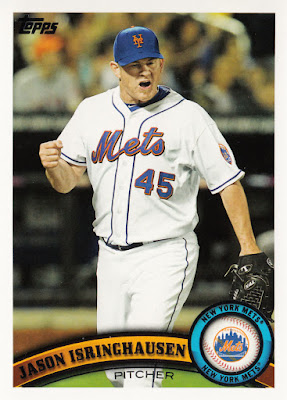 From Update 2011, it's Jason Isringhausen's first card from his second go-round with the Mets.  The former Generation K member was also featured as a Met in the following year's base-660 set.

Thanks for the nice 'n tidy trade, Wilson!