Four-Bagger (aka Zistle the 17th) 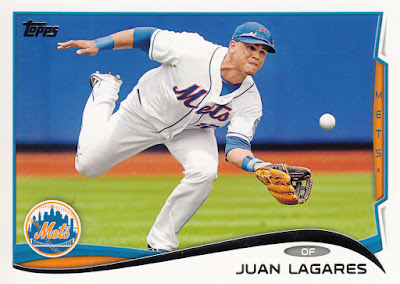 For every trade I've made on Zistle, invariably there's a card or two that I look at and say to myself, "I coulda sworn I already had, like, five copies of this!"

Well, today's trade review features a foursome of cards, all of which fall into the aforementioned category.  So, while it was a good little trade, I can't help but feel like I didn't get anything new!

Anyhow, thanks to fellow Zistler torcato for this, my 17th trade on the most amazing hobby website in the universe.

In the lead-off spot is the 2014 Topps base card of former Gold Glove center fielder Juan Lagares.  Apparently, I only had the Toys R Us purple parallel of this card as well as the card from the team set which is its exact twin, save for the card numbering.  Honest mistake, I suppose. 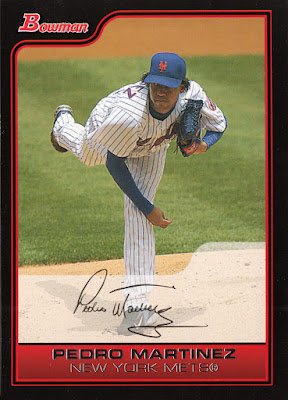 Pedro's 2006 Bowman base.  For this one, I had the gold parallel already in the collection. 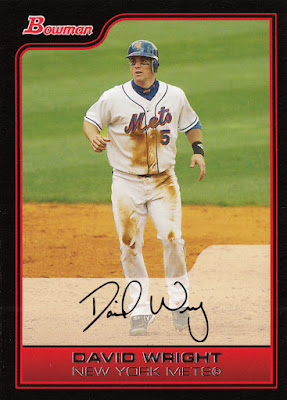 I was totally off base with this one, as I didn't have any variation or parallel of David's '06 Bowman. 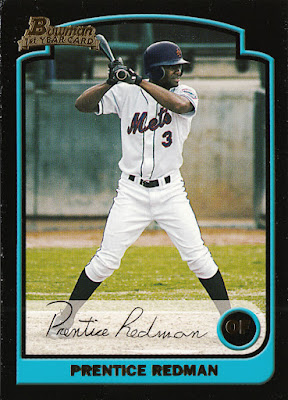 Former prospect outfielder Prentice Redman.  It was the Chrome version of this card that was fooling me.

So, despite the insistence of my fuzzy memory, each of these is a 'new' addition to my Mets collection.  Hey, I'll take it!