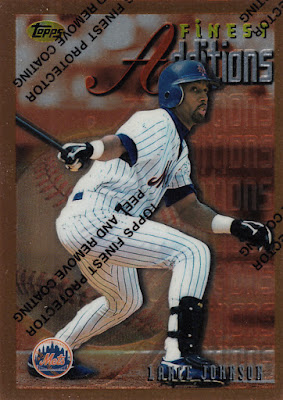 Today, I'm happy to share my first Shoebox Legends PWE of the 2016 calendar year!  Actually, this latest installment from Shane arrived the first week of the new year, but I've been back-logged and strapped for time, so this is somewhat tardy.

Anyhow, it is appropriate that the lead-off card in this trade post be from the 1996 Topps Finest subset titled "Finest Additions" since, indeed, this latest lot from my Rhode Island buddy is indeed chock full of fine additions.

I might be the fondest of this Lance Johnson card.  He's one of my favorite short-term Mets of all time, and his '96 season was one for the books.  I've written about this lots of times on the blog before, but go ahead and look up his numbers from the '96 season.  Incredible stuff. 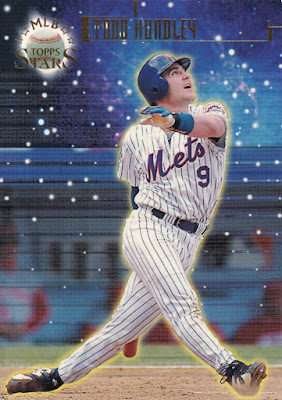 I may love this Hundley from 1998 Topps Stars just as much.  The secret about this one is that it's actually a 'gold' parallel, numbered to 2,299.  Kind of an arbitrary number if you ask me, but that's what it is.  No matter, it's a fantastic design with a starry backdrop and a cool photo of the slugging backstop. 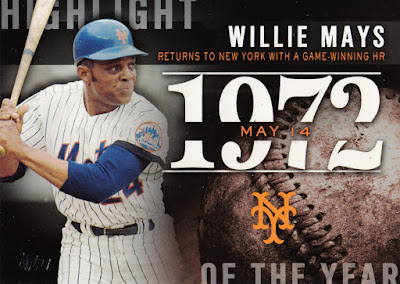 It's always fun to find a Willie Mays card in which the HOF slugger is shown as a Met.  This one is from 2015 Update, and it's the sixth different Say Hey card in my Mets collection. 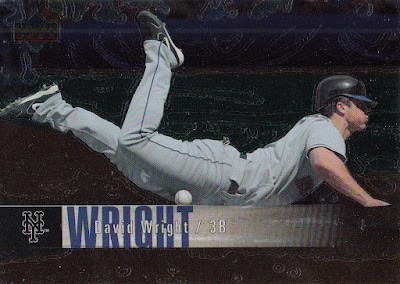 A most murky scan, but these Special F/X cards form 2006 Upper Deck are fun.  The apparently come in a bunch of different colors.  At least that's the impression I got when looking this one up in the Zistle database.  By the way, Wright's '06 UD base card is one of his best.

Sticking with the theme of "these things just don't scan that well" are some cards from '95 SP Top Prospects... 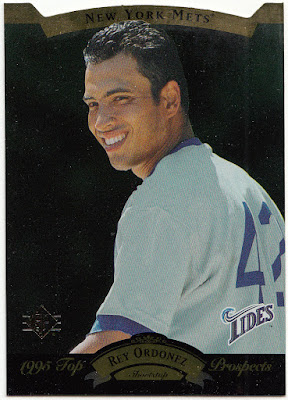 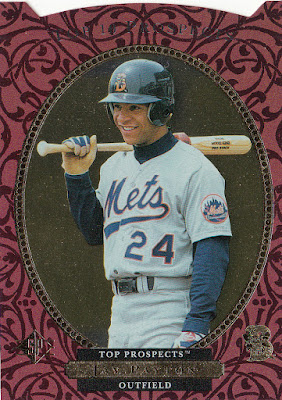 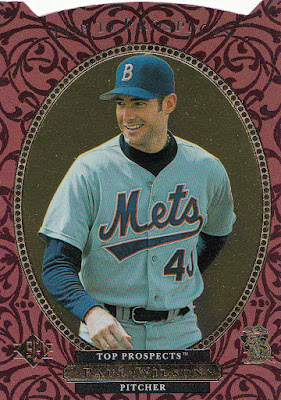 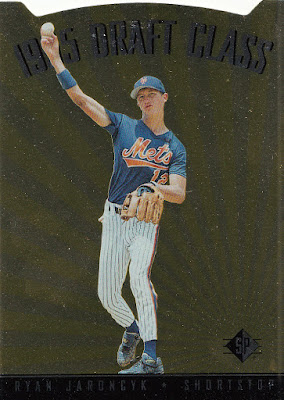 Man, you can always count on Shane to consistently deliver shiny, die cut and otherwise awesome cards from the mid-'90s.

That being said, Shane also finds plenty of great vintage to fill in some gaps in my Mets portfolio. 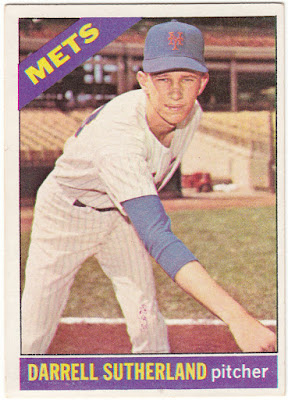 This Darrell Sutherland rookie makes it an even 10 cards in my collection from 1966 Topps.  Sutherland, by the way, pitched just four years in the majors, with three of them being for New York.  In his time as a Met, he compiled a 5-4 mark with a 4.69 ERA, mostly as a reliver. 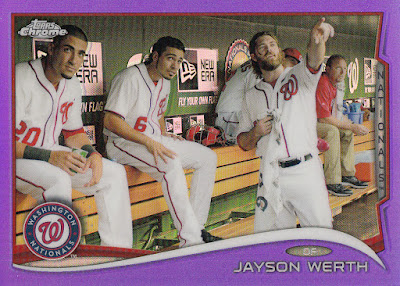 We veer from the Mets universe and arrive at this terrific purple refractor of Jason Werth from 2014 Chrome.  The base version of this card is already entrenched in my Horizontal Heroes frankenset, and this is a great companion piece to it.  This photo has to be in the discussion for most unique from 2014. And we finish up with the greatest American defenseman of all-time, Brian Leetch.  Leetch, a two-time Norris Trophy recipient and a Stanley Cup champion, is enshrined in both the Hockey Hall of Fame in Toronto and the U.S. Hockey Hall of Fame.  He was also the first-ever American to capture the Conn Smythe Trophy for his playoff heroics in 1994.  Undoubtedly, this card is a nice addition to my growing Rangers collection.

A great way to kick off 2016!  Thank you, Shane, for once delivering an envelope full of finest additions!