Zistle the 23rd (aka Extras are Good!) 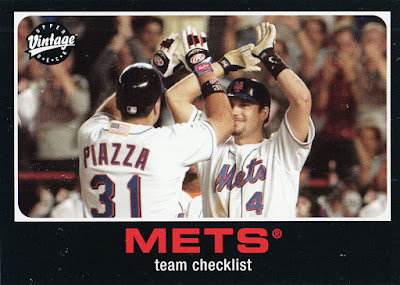 Yet another Zistle trade to share with ya.  This one is No. 23 overall as well as the first I've completed with member Hittinaway.  A mid-size deal, not the 130-card whopper that I teased a few posts ago.  Nonetheless a pretty awesome trade!

I'll start with a checklist card of all things.  But, as you can see above, it's not your ordinary checklist.  This celebration shot of Mike Piazza and Robin Ventura completes my 2002 UD Vintage Mets team set.  I'm not ashamed to admit that I love those Vintage sets from the early '00s. 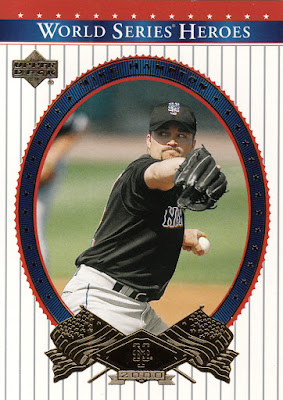 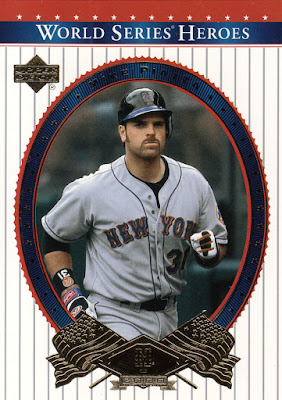 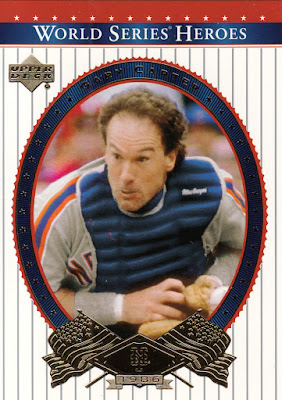 Also from 2002 are these World Series Heroes cards.  Very appealing design, very patriotic.  Though, Carter is the only one I'd consider to be a hero of the Fall Classic.  It's my only quibble.  Hampton was an NLCS hero for the Mets in '00, but threw a clunker in that year's Series.  And, while Piazza had a pair of homers in that same World Series, he otherwise batted .273.  In any event, nice cards!

Speaking of the man, here are a couple more Piazzas... 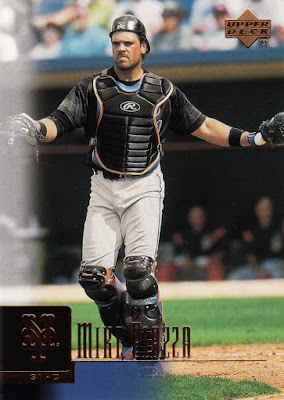 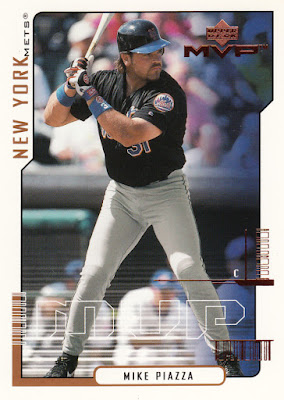 I've now managed to accumulate 449 unique cards of the HOF catcher.  Of those, 262 fall within the Mets collection. 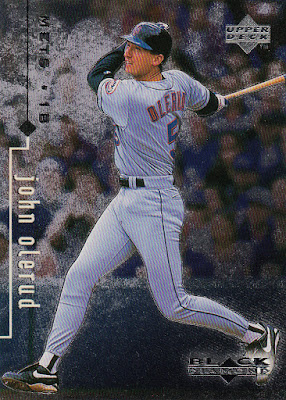 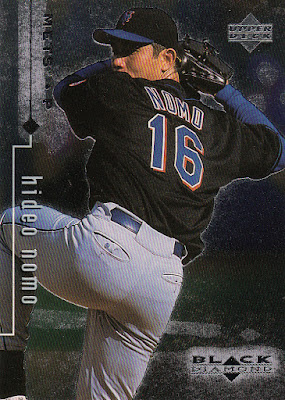 Black Diamond is kind of a hit-or-miss brand for me.  Some years I thought looked pretty good and others were kind of forgettable.  These two are from the 1999 edition which was decent, I guess.  They're more appealing for the players they depict, to be honest.  In particular, I'm a big fan of Nomo-as-a-Met cards! 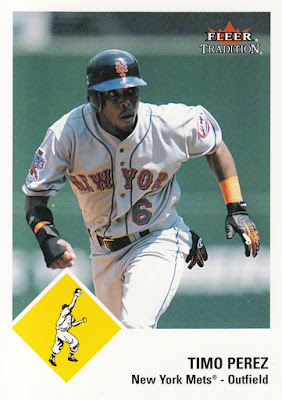 Fleer Tradition, another 'throwback' product that I'm a huge fan of.  Unlike UD Vintage, Fleer actually had a history it could call upon for such a set. 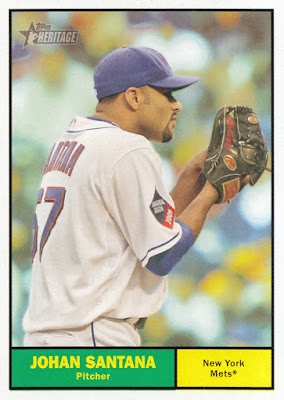 Oh, well, if we're talking about retro products, the conversation begins and ends with Topps Heritage, doesn't it? The grand-daddy of them all!  Been trying to track down a copy of this 2010 Johan for a while, by the way.

And we'll close the trade with a pair of Upper Deck rookies of short-timer Mets hurlers... 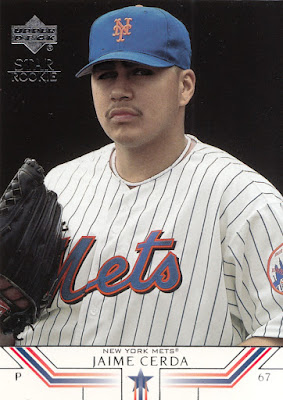 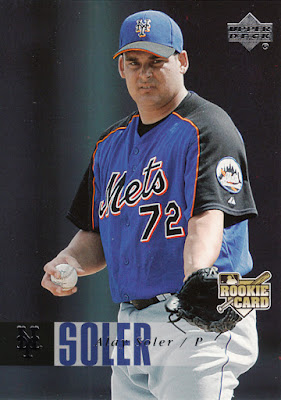 Ah, but this is not the end!

My very generous trade partner included a bunch of extras that were also cards on my Zistle want list! 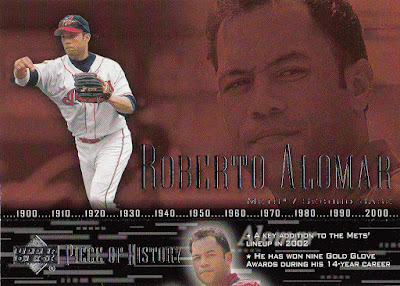 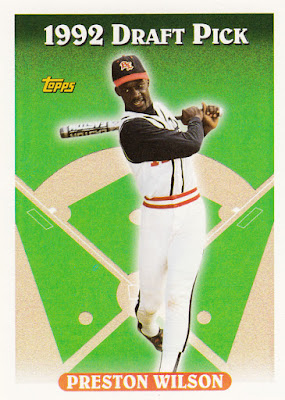 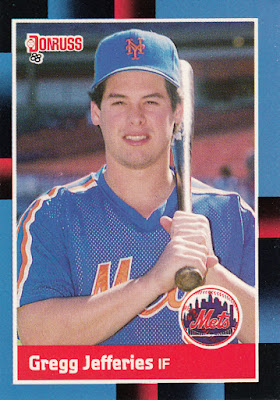 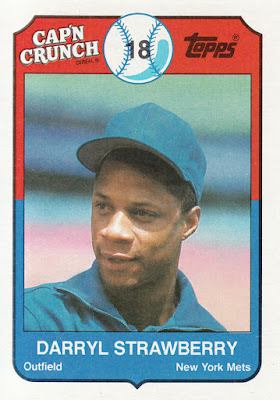 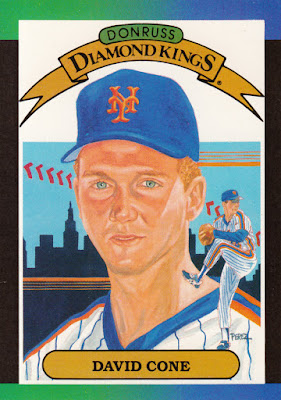 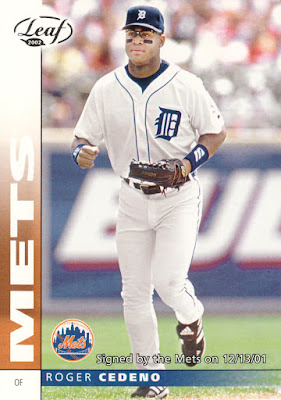 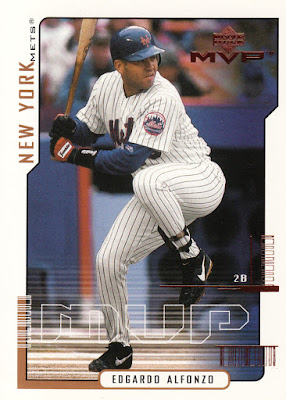 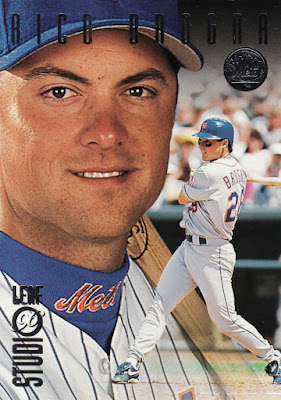 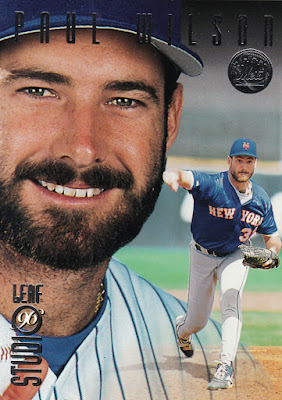 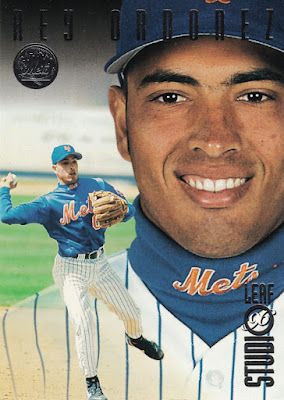 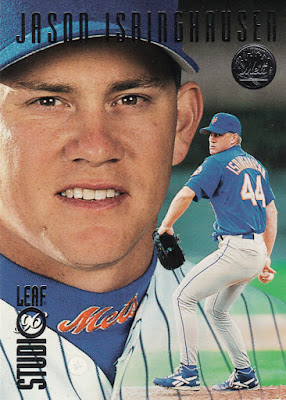 They weren't all Mets, either... 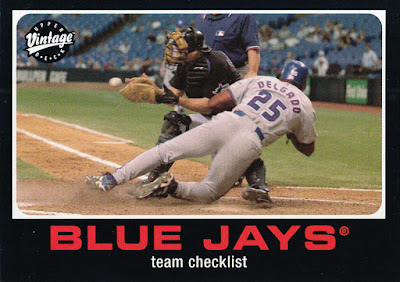 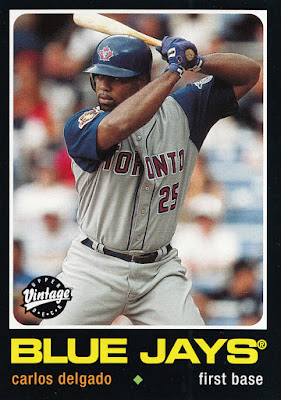 Talk about going above and beyond!  If I could have rated this trade higher than a 10, I would have.

Just like baseball and pretty girls and cold drinks on a hot summer's day, extras are a good thing!