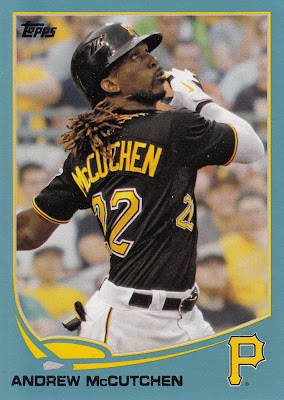 Just a quick mention that I have added my 2013 Wal-Mart blue parallel checklist to the "Wanted" page, which you can access via the above tab.  Since the total  number of blues I have thus far is relatively small, I've listed those cards which I have already acquired.

I'm ready and willing to trade with anyone who might have some extra Wal-Mart specials clogging up their desks and so forth.

Okay, you may now return to hour No. 3 of CBS's Super Bowl pregame coverage.