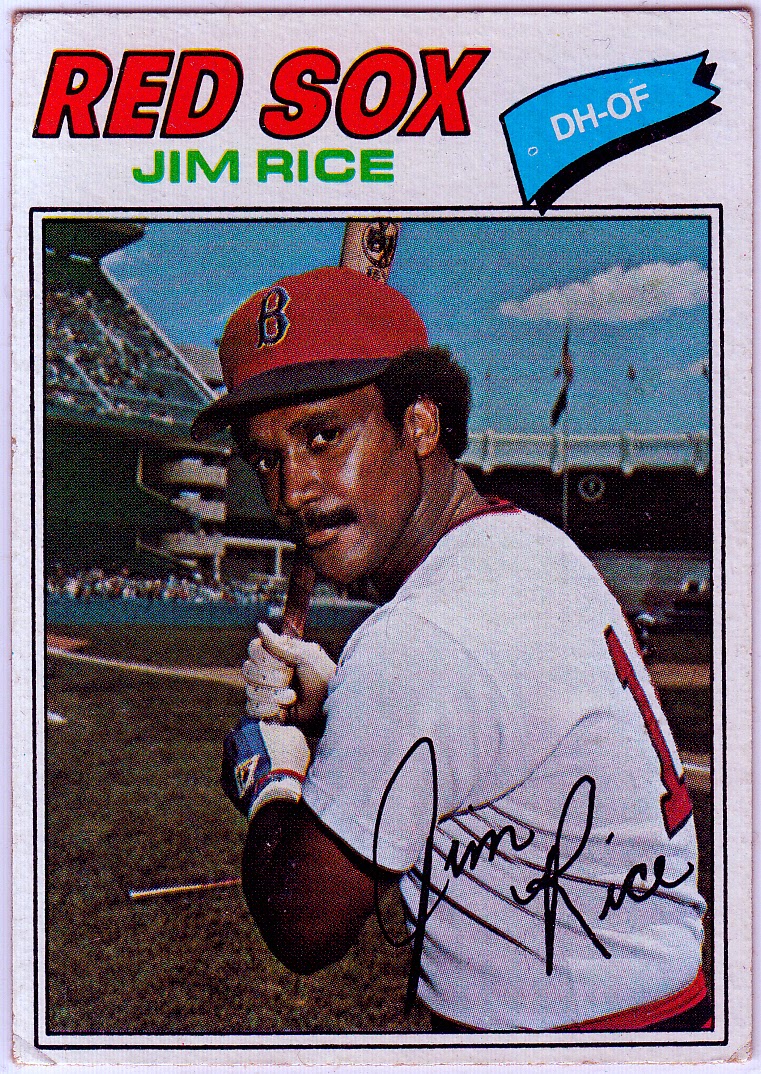 Many of us in this little card-collecting corner of the universe have been taken--dare I say smitten--with the recently released 2014 Heritage cards.  I am certainly among those who have been completely engulfed in hysteria over the new stuff.

But, let's take a timeout from going batty for the pretty new neo-vintage cards and actually show some well deserved appreciation for, well, the real heritage cards.  Honest to goodness vintage, that is.

Helping to bring me back to earth in this vain was a good man and a gifted writer.  Dean, who operates the handsome blog by the name of The Cardboard Examiner, was kind enough to float me a hearty helping of cards towards my pursuit of the '77 Topps complete set. 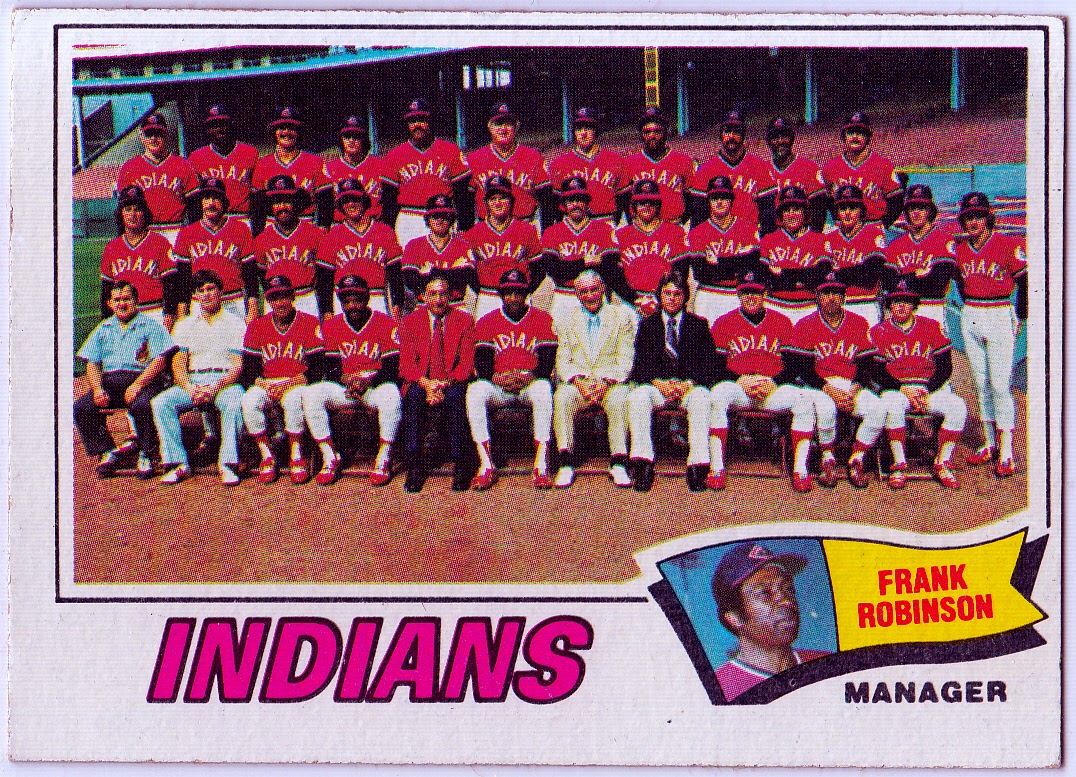 Dean, like me and countless others, is planning on chasing this year's Heritage set.  But, more impressive than that, is his quest to polish off the set that the newest Heritage product pays homage to: 1965 Topps.  One of the most colorful and overall stunning sets Topps ever produced, it's a labor of love for Dean, who is quite the connoisseur of vintage cardboard.

He also happens to be one of the best damn writers of all the bloggers I follow, and I respect the hell out of him. He runs a tight ship over there at the Examiner, and it's truly a pleasure to read his stuff. 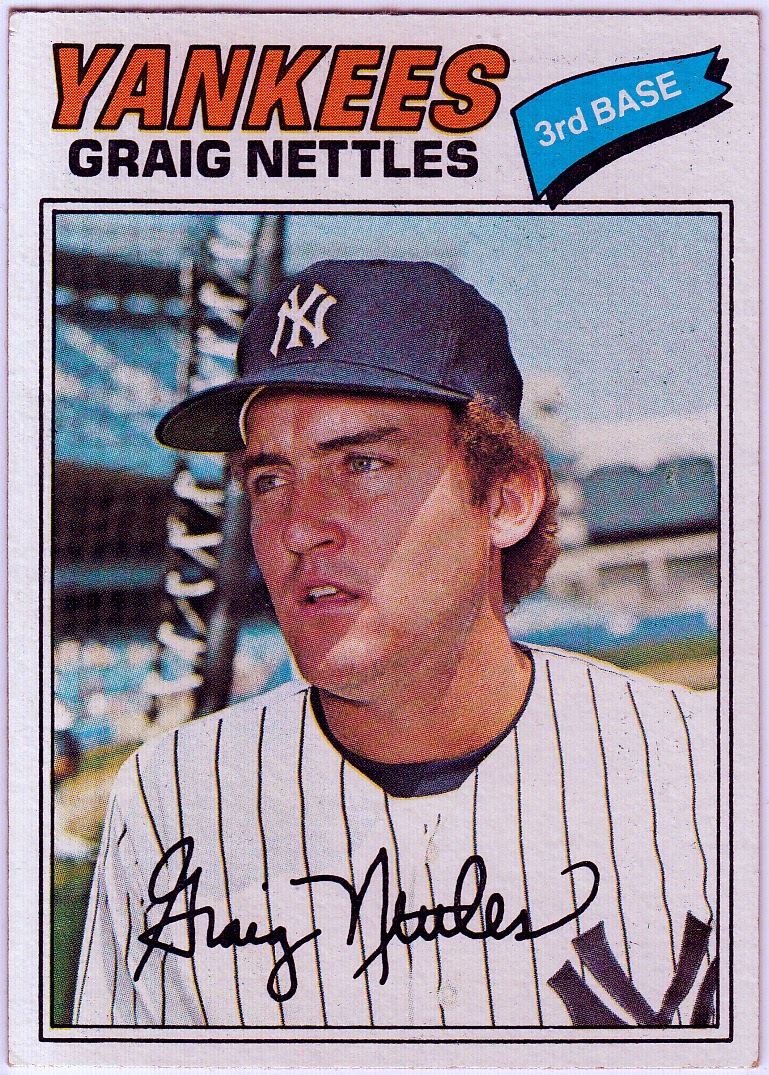 That's why it was such a happy occasion when Dean took the time to scan my want list and plunk down some nice, crisp '77s for my collection.  Certainly, I'm honored.

In case you haven't been a long-time reader of my silly blog site, you should know that I didn't pick the '77 set; rather it chose me.  I came to possess a rather sizable box of cards from the mid-to-late '70s from my uncle, with the bulk of the lot consisting of '77s. 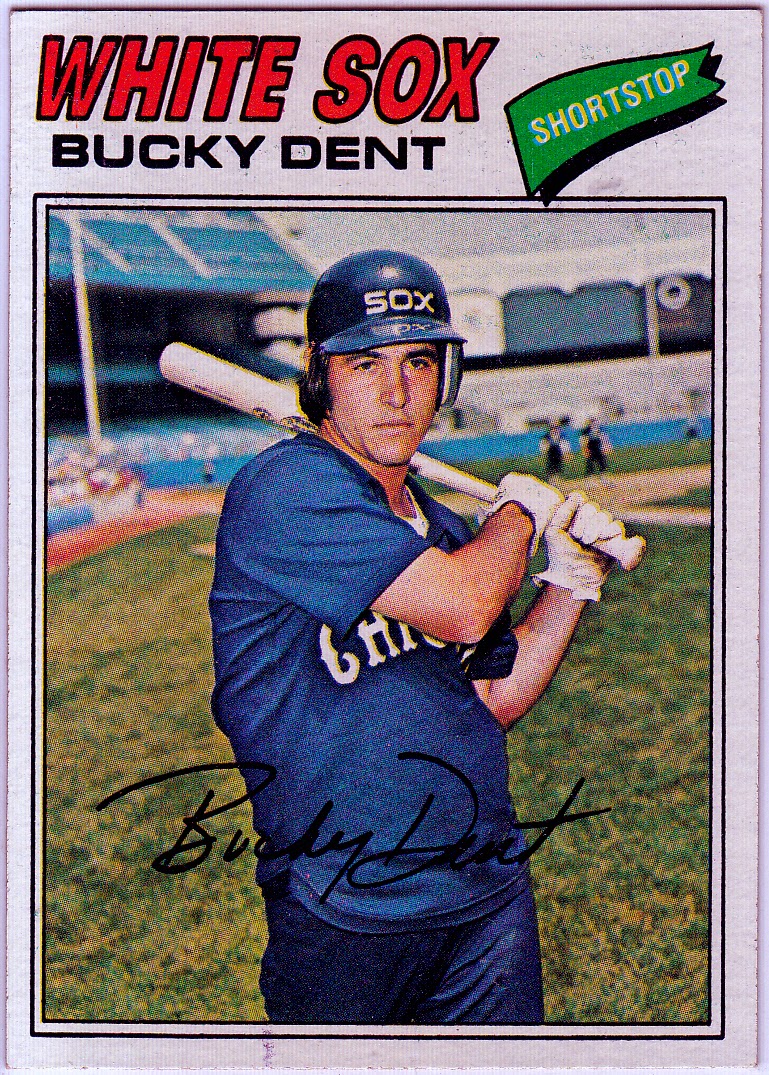 Like any other set collecting fanatic, once you get to a certain point of accumulation, it becomes a slam dunk that you should soldier forth and make a go of it.  I already had a few of the higher profile cards, like Yount, Bench and the Raines rookie, so why not?  Yes it's a vintage card set, but it's not the most daunting one out there.

And, unlike many of the more recent sets, I'm not planning on being a stickler for card condition.  As long as they haven't been ripped in half and taped back to together, I think I can put aside my normally maddening OCD tendencies and just enjoy the cards for what they are--pieces of someone else's childhood. 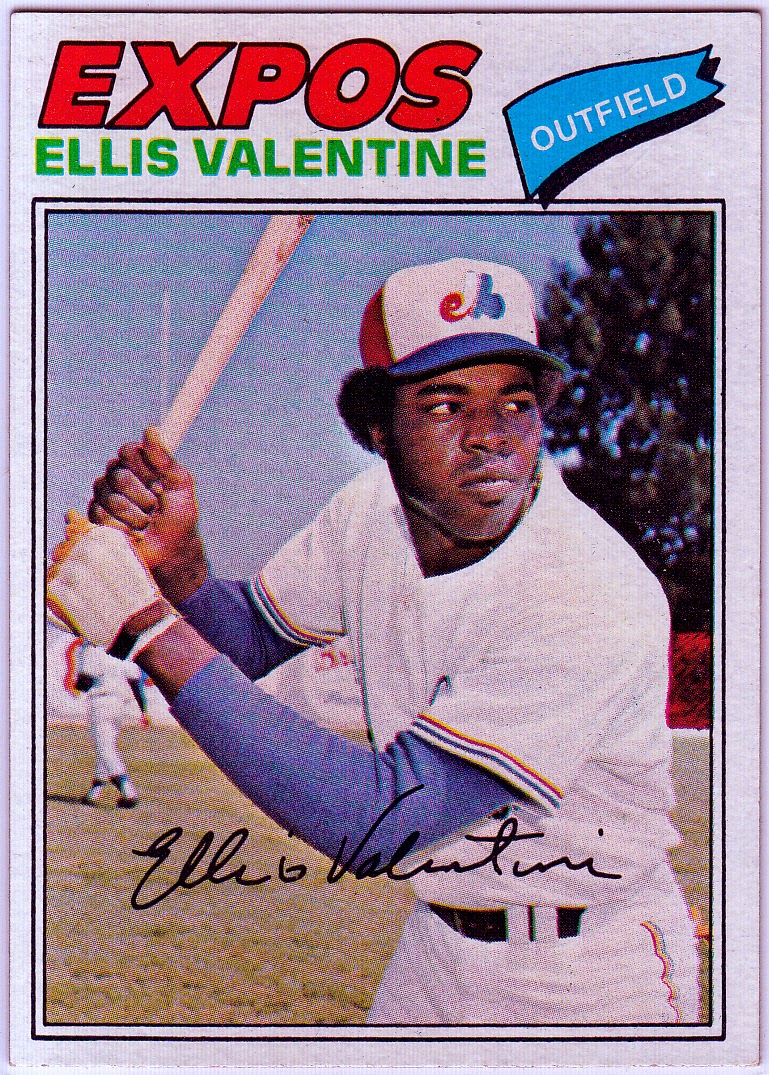 But, as you can see from the scans, most of the '77s I got from Dean are very minty and sharp.  I think it's a cause for jubilation any time you can acquire cards that have more years than you do yet still retain a pack-fresh quality.  It kinda lets your imagination wander, thinking about actually opening a 37-year-old pack and being the first human hands to touch those cards.

A little corny, I know, but for someone whose collecting days began as a six-year-old kid in 1987, amassing all these cards from the '70s is a pretty big deal. 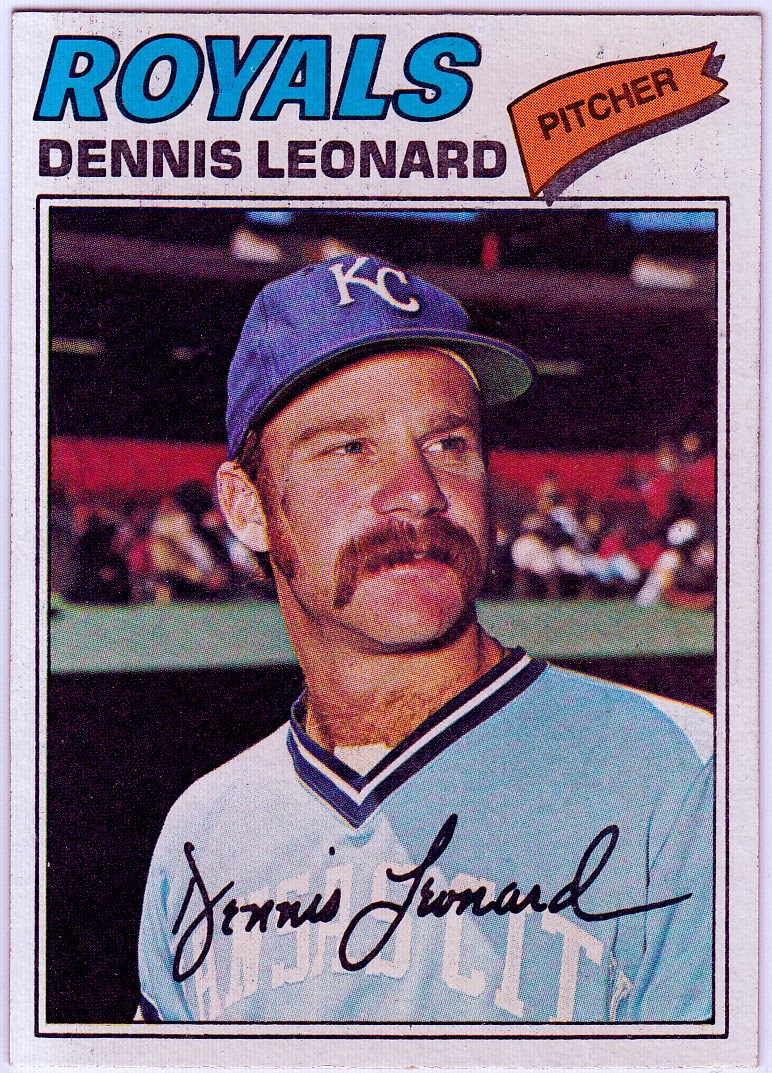 I'm still a ways away from putting this particular pursuit to bed, and there are still some pretty significant cards that will serve as stubborn roadblocks along the road.  But that's the journey that we all sign up for when we commit to building a set the old-fashioned way.

And, always, we endure the task happily because the end of the line, while terrific, also delivers a certain sadness.  Because, well, when it's over, it's over.  So, in a sense, we fall in love with the thing that keeps us captive for so long. 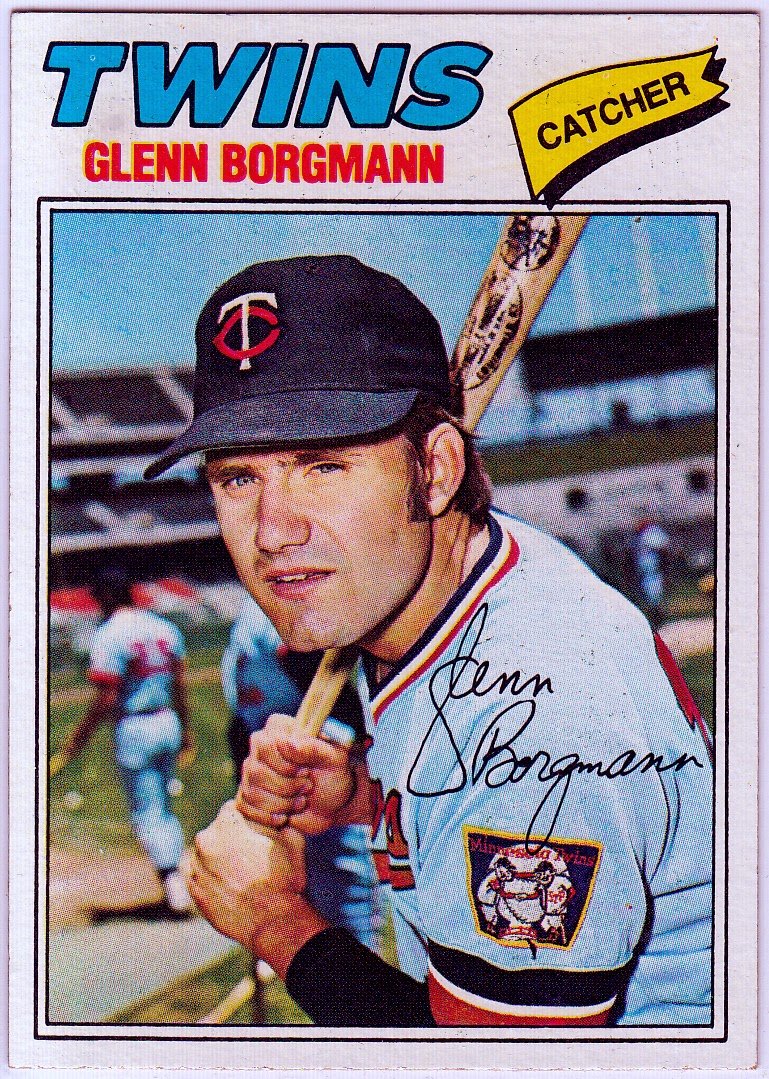 Dean, thanks a bunch for thinking of me, and also for reminding me that true "heritage" can't be replicated and slapped into sleek hobby boxes with umpteen inserts and image variations and and color variations and chrome variations, etc.

Sure, I'm still gaga for the 2014 cards, and I look forward to swapping dupes with Dean and others as we strive to reach the finish line.

But, at the end of the day, nothing looks and feels like actual heritage.