The Joy of the Unexpected 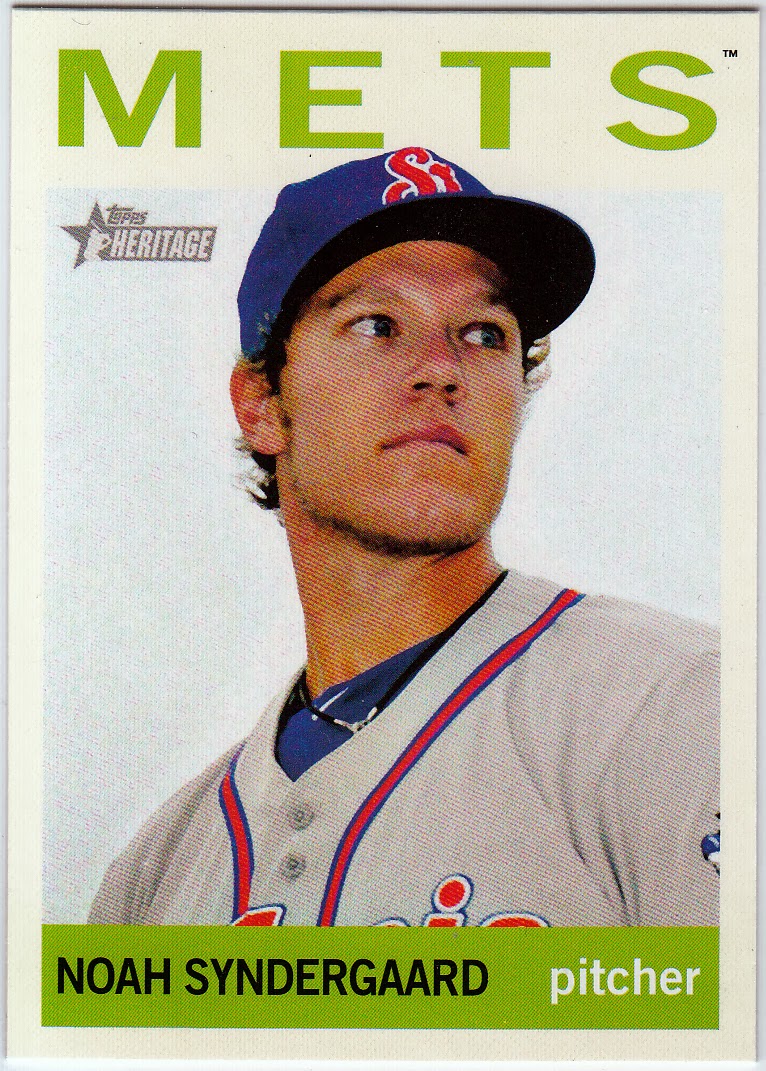 It's another snowy day here in the Mid-Atlantic, and schools are closed all throughout South Jersey, the Philadelphia 'burbs and Delaware.  That includes the school district in which your's truly punches the time clock. Thus, I've got a few extra hours today to recap the card show I was able to hit up on Sunday.

You never know what you'll find at any given show, which is what makes it a normally exciting experience.  As I've mentioned various times in the past, my local fire hall has a monthly sports card and memorabilia show. And, even though most of the same vendors are at every show, they don't always bring the same stuff.

For instance, from one regular seller, I was able to pick up the entire 2013 Topps Heritage Minors team set of the Mets, including imposing right-hander Noah Syndergaard.  Priced at a quarter a piece within one of those big monster cardboard boxes, I was able to hunt down and pluck all the cards I needed for three bucks (that price included a couple extra copies of the Syndergaard card, since I'm so high on him).

The neat thing about this is that the very same seller didn't have the 2013 Minors cards at the past couple shows.  In fact, he argued with me last year -- it had to be September or October -- insisting the Heritage Minors cards hadn't come out yet when, in fact, they had been out a couple weeks by that point.  Anyhow, it was a nice and welcomed surprise to find and purchase these bad boys.

Elsewhere on the 'pleasant surprise' front... 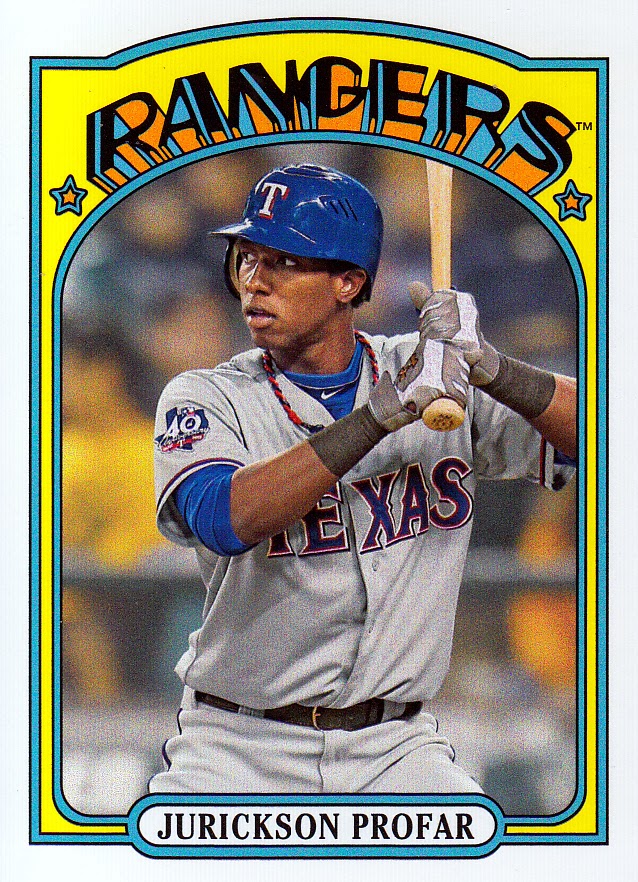 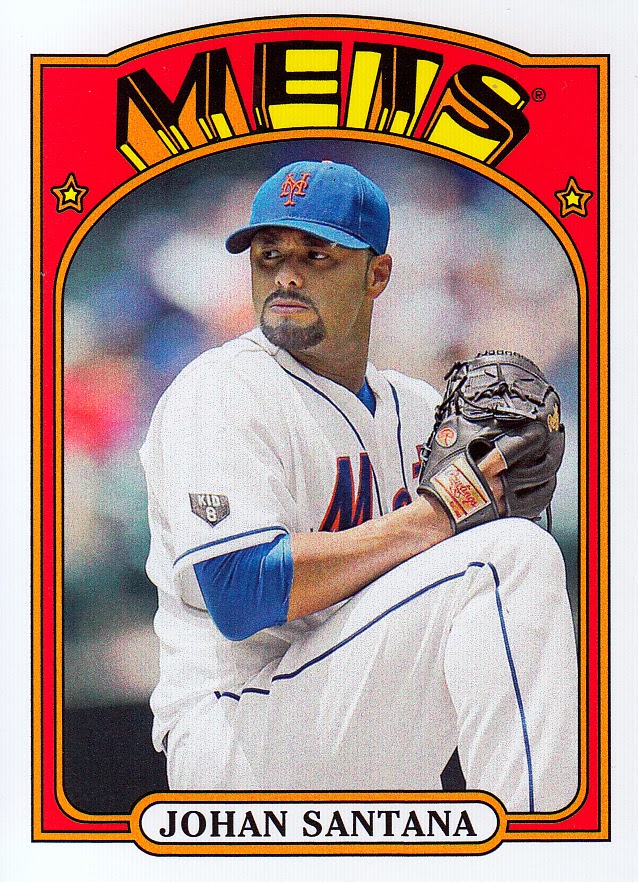 Mini '72s from last year's Series 2 Topps packs!  I had essentially given up at finding any of these at shows, since they've basically been ghost my past few trips.  But, lo and behold, at another regular's table I found a big ol' stack of cards -- 27, actually! -- I needed for the neat price of 10 cents each.

I think I'm about 10 or 12 cards short of completing the Series 2 portion of the '72 Mini checklist and one stinkin' Cal Ripken shy of the Series 1 output.  [Ed. Note: Seriously, does anyone have an extra copy of that Ripken that they'd be willing to trade?!]

And if that wasn't satisfying enough... 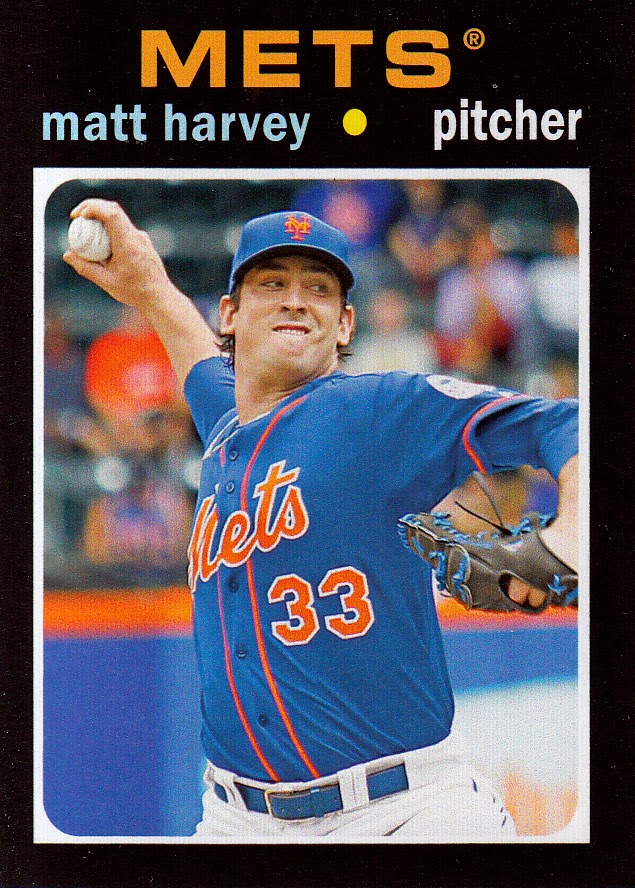 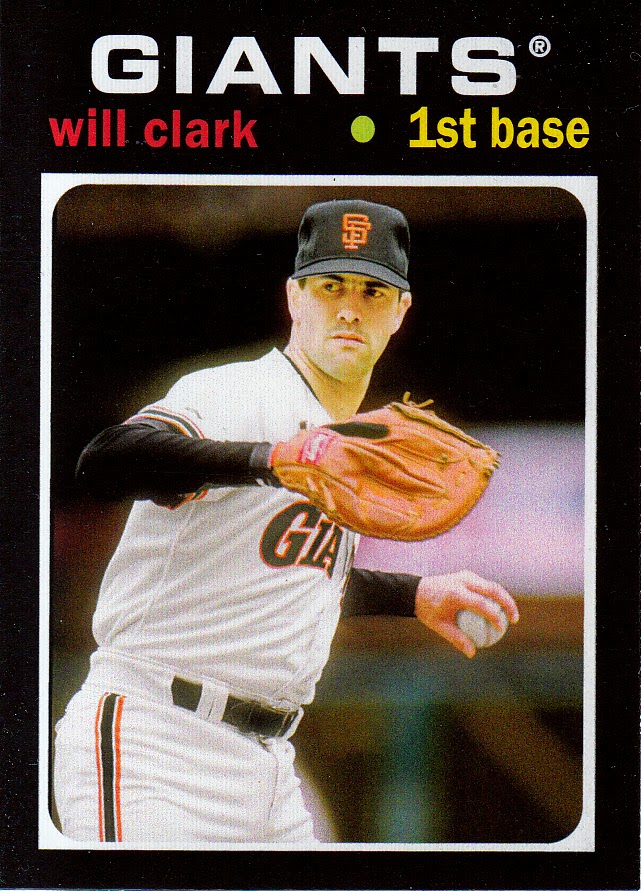 From the same table, more retro minis!  Now, I had really given up on tackling these '71s from 2013 Update, having only a scant few in my possession prior to yesterday.  But, just like with the '72s, I was able to score a bunch of these for just a dime.  Twenty-six additions all told.

I'll be posting a want list for both of these mini sets (plus this year's '89 die cuts) in the very near future.

Okay, let's get back to normal-sized cards, shall we? 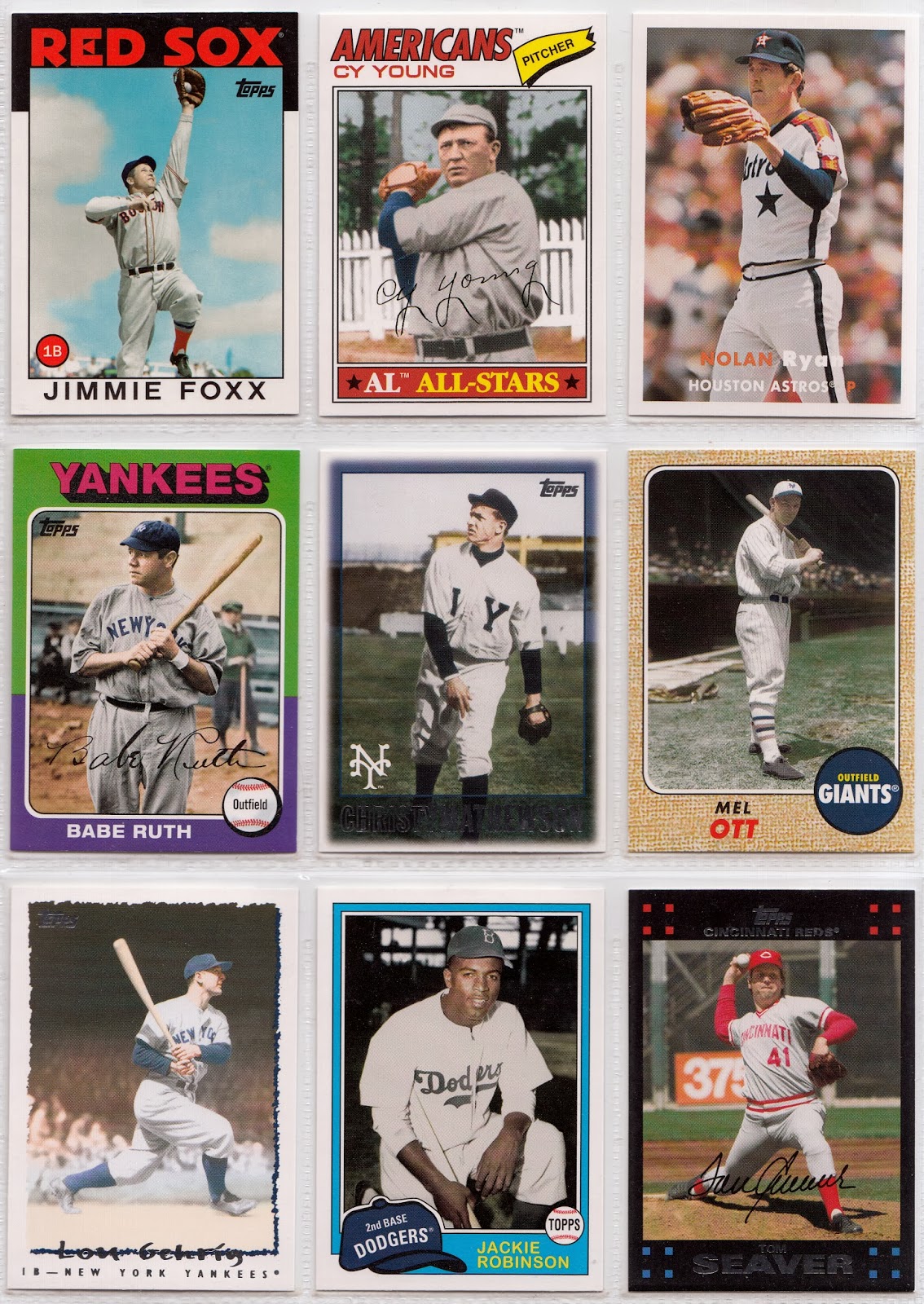 I definitely wasn't looking for these, but I'm glad I came across them!  Topps Vintage Legends from 2010.  Yes, I know, many of us are tired of the "old players on new(er) designs" schtick that Topps keeps dipping into.  What can I say: I'm a sucker for this type of stuff.  It's all-time great players framed within base cards from future or bygone eras.  What's not to like, really?  Especially for a dime each.

I stumbled into a dozen or so of these Vintage Legends at a past show, and this time around I picked up 11 more.  So, I guess I'm officially going to add the missing cards from this insert collection to my "Wanted" tab, as well. 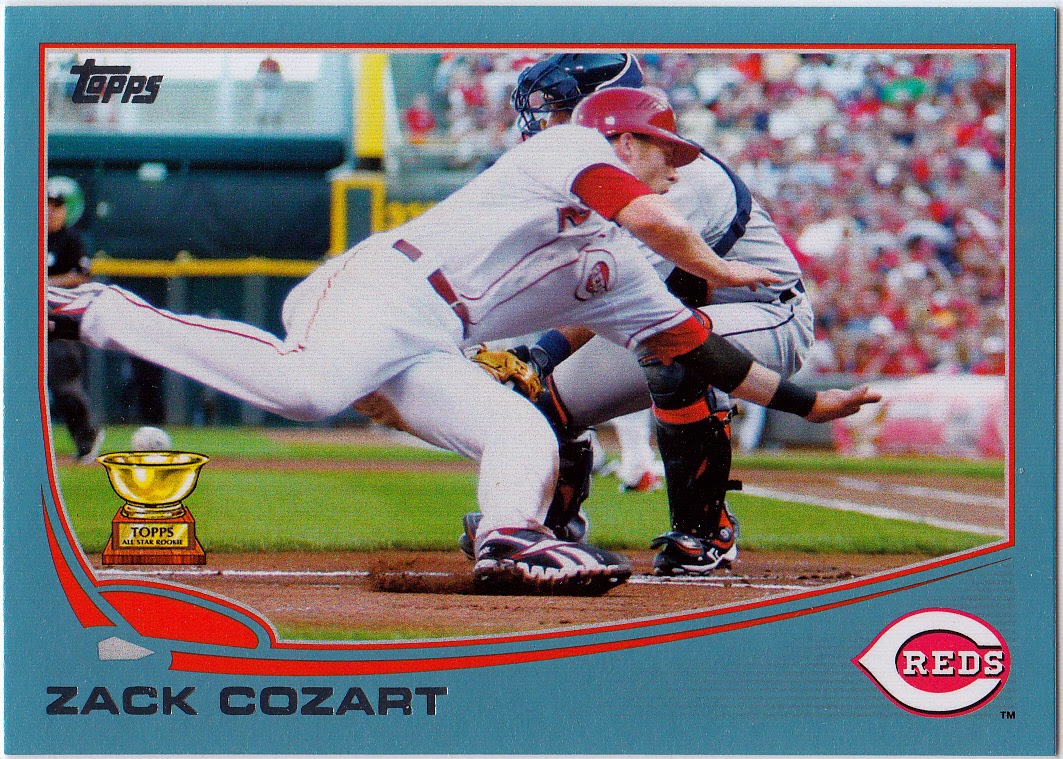 I'm always hoping to find these blasted 2013 Series 1 Wal-mart parallels for my Topps Blue Project.  For a quarter a pop, I netted seven more cards which brings me to 280 of the 330-card checklist.  Just 50 more to go...

This Zack Cozart card also brings to mind my new horizontal frankenset project.  Surprisingly and sadly, there weren't too many big ol' boxes of early '90s junk wax or late '90s surplus to satiate my want.  Those years have proven to be hotbeds for great landscape cards.

But, I did find one pretty cool score from a more recent set for a quarter. 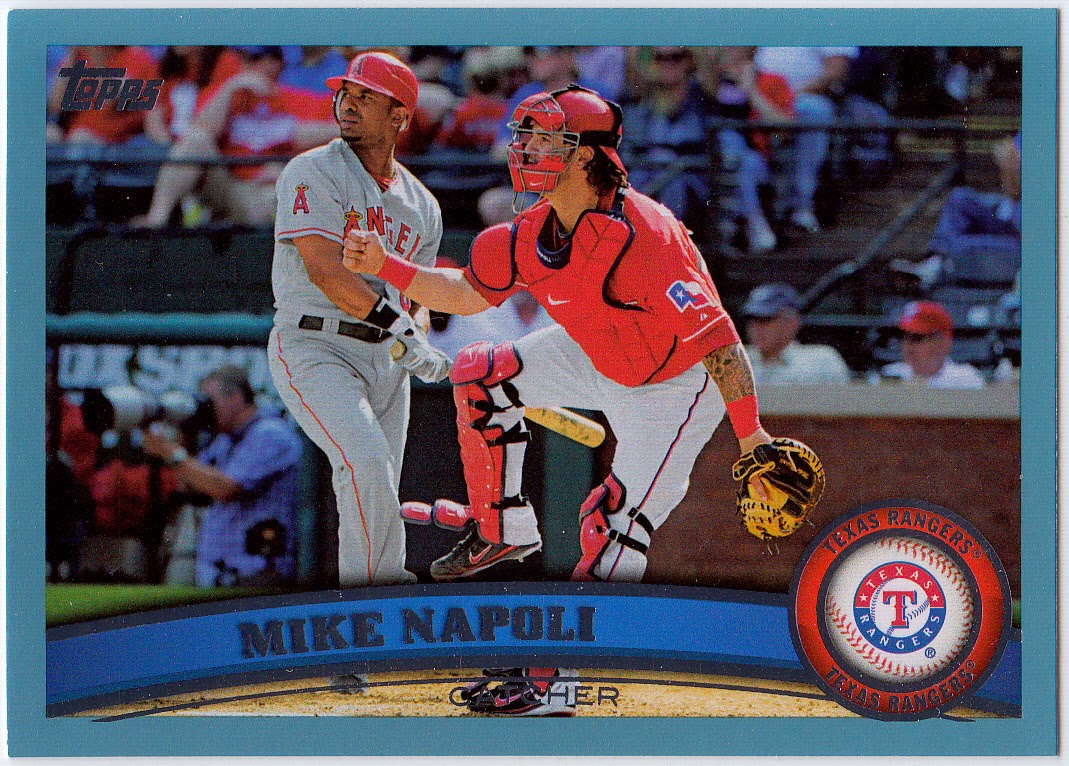 I recall this base card from the 2011 Update set and thinking it was one of the neater shots.  I still feel that way, thus I'm happy to add this Wal-Mart parallel to the mix.

For moment, I got excited and thought I hit a frankenset grand slam with this next one: 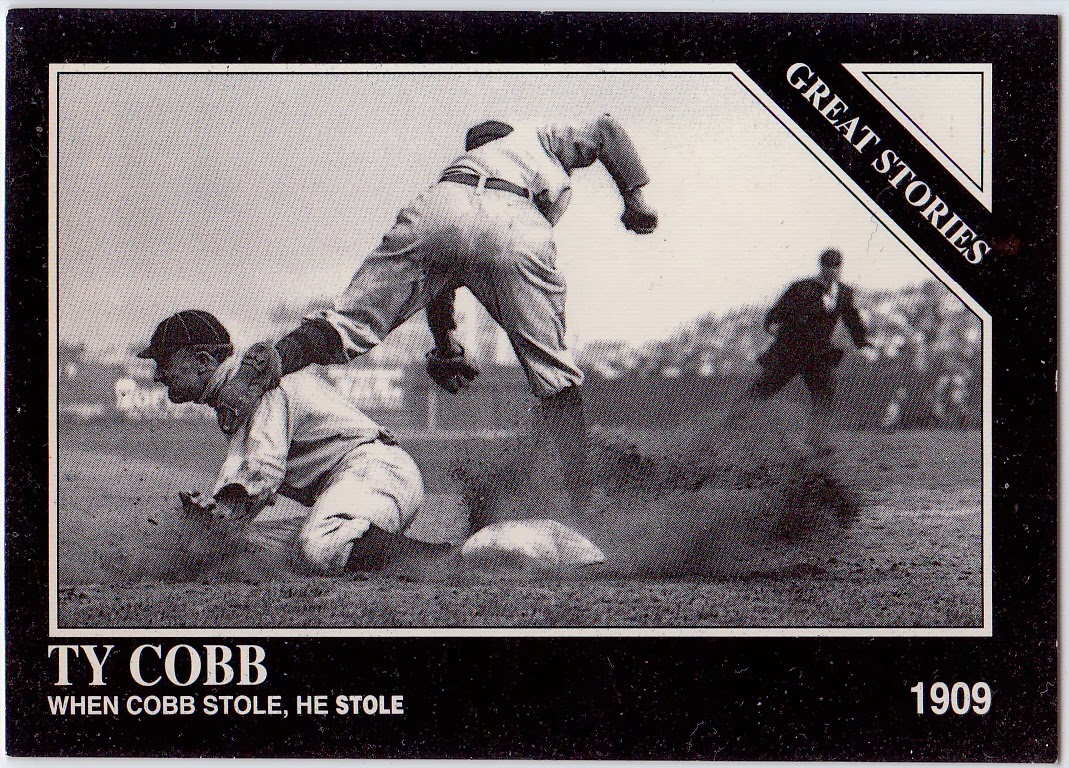 I remember seeing this card on Nick's blog not too long ago.  So when I found it in a 10-cent box yesterday I got giddy.  Getting Ty Cobb into the Horizontal Heroes binder would be a huge hit!

Alas, the card number for this beauty isn't quite what I was hoping for.  How does "1000" strike you?  Ugh. Anyhow, it's a still a brillaint addition to my box of HOFers.

Speaking of Hall of Famers... 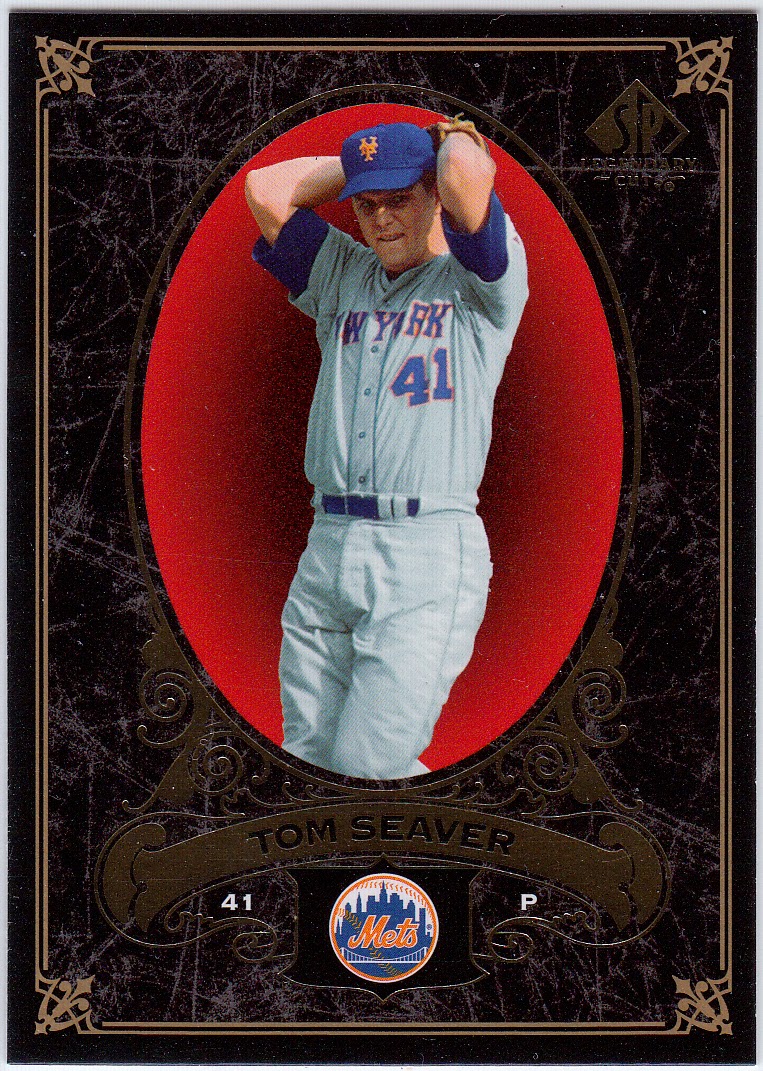 A very nice piece for the Seaver collection.  Not sure I've ever come across these 2007 SP Legendary Cuts before.  Pretty handsome, if I do say so. 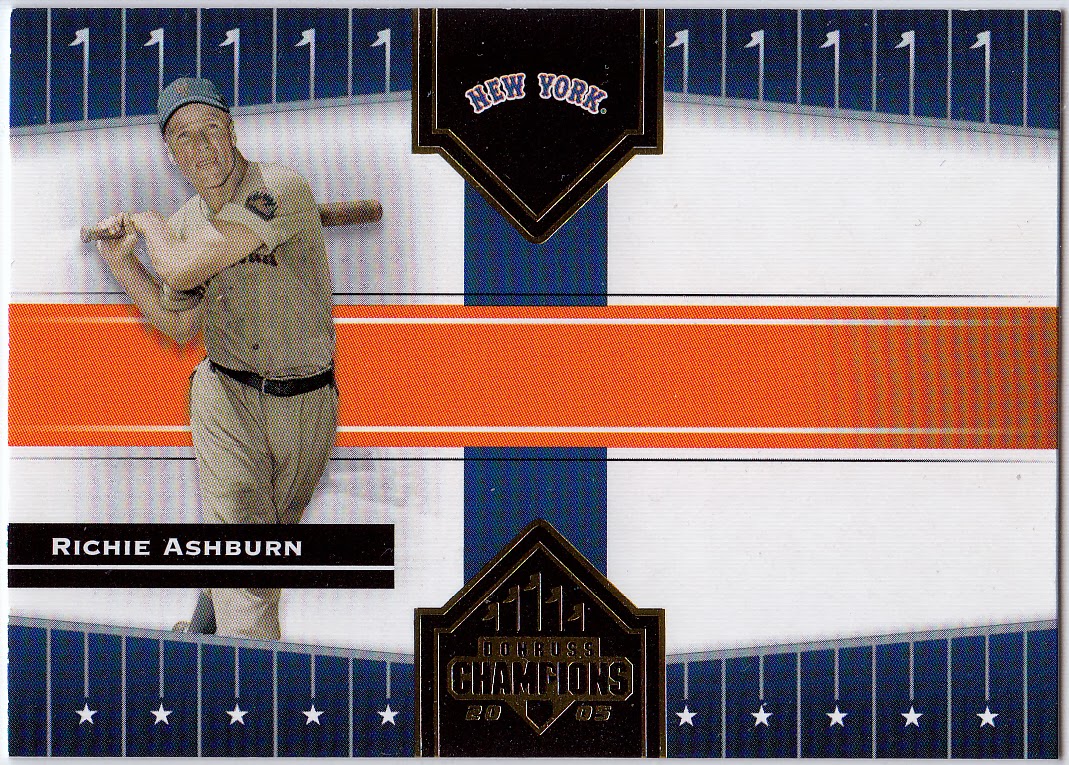 Richie Asburn is a Hall of Famer, but he certainly didn't earn that distinction from his one year of baseball as a member of the '62 Mets.  That's why this is such a unique card of ol' Whitey. 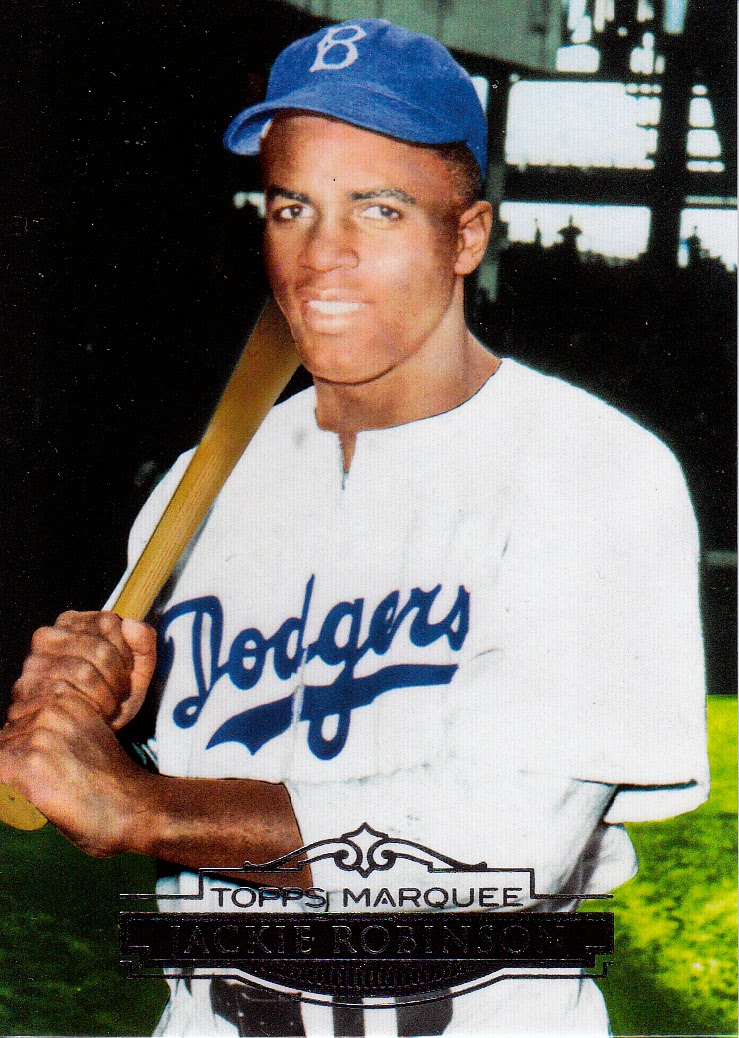 Anytime you can get a Topps Marquee card for a dime, you should take advantage of it.  At least that's how my brain functions.  And for such a classy looking card of a classy dude, this one was a no-brainer. 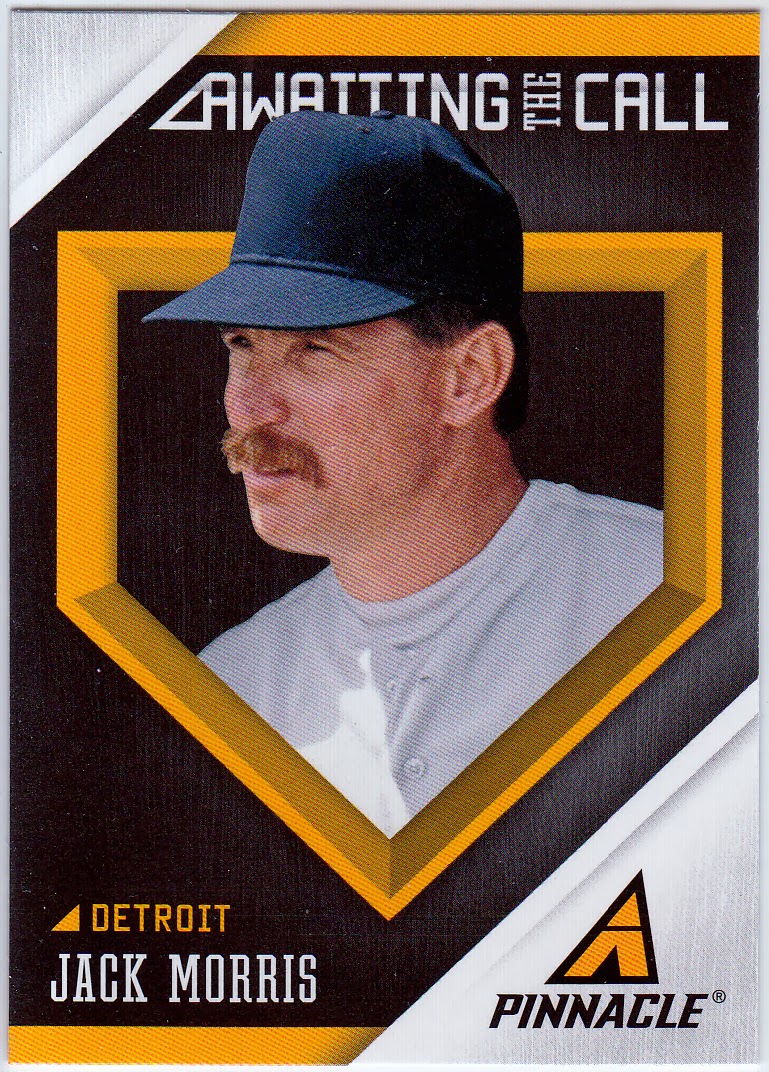 Jack Morris isn't a Hall of Famer, even though I'd argue that he should be.  In that vain, Pinnacle 2013 gave the former World Series hero the nod for their "Awaiting the Call" insert set.  It's nice to see Morris in some recent releases.

These latter-day cards of past heroes are great, but vintage cards for cheap of Hall of Famers or stars from past eras can really pump up your card show experience. 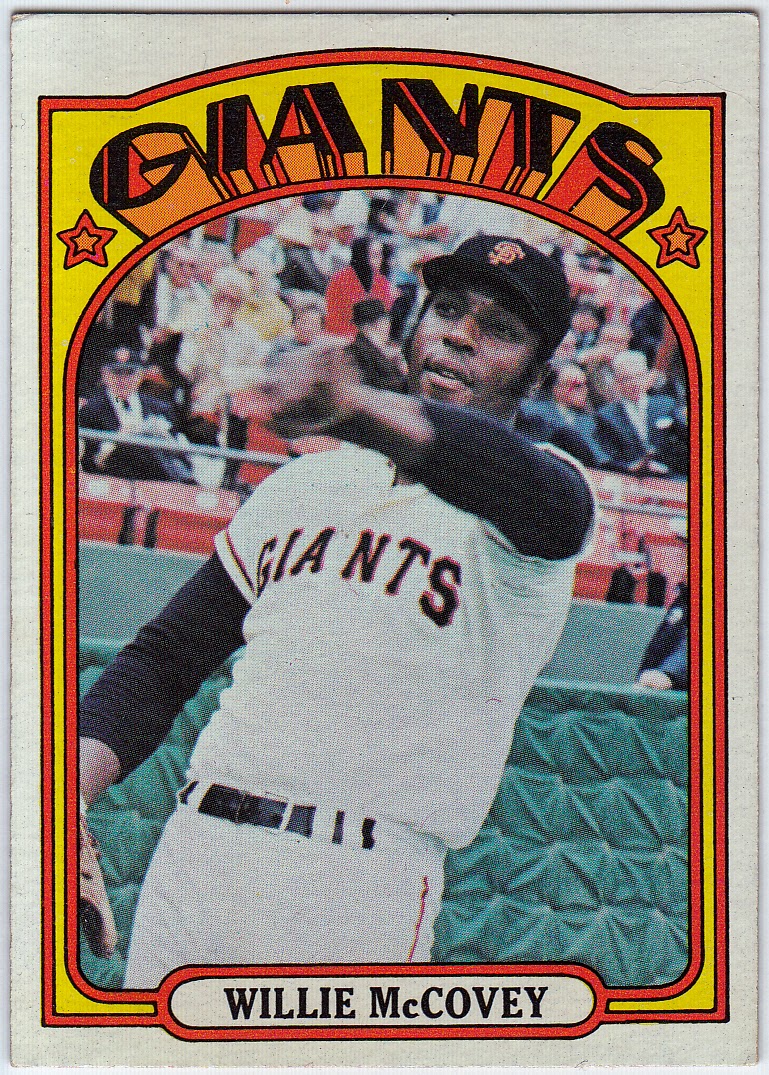 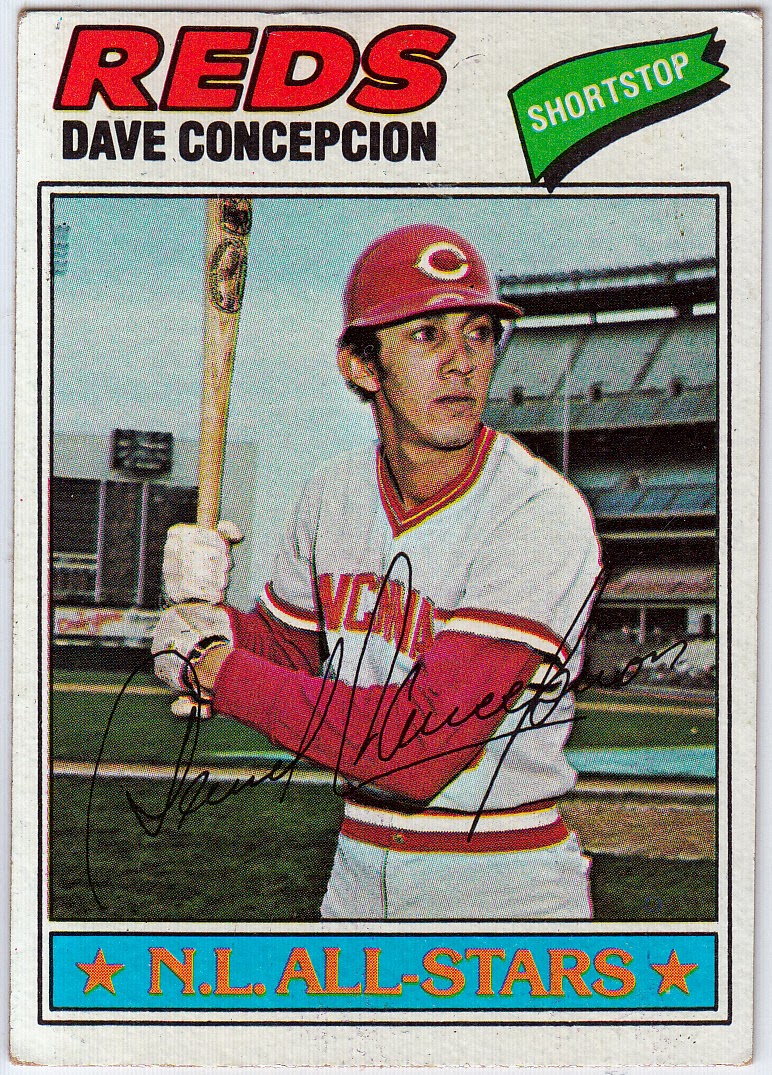 Both of the McCovey and Concepcion cards were 10 cents.  I had to do a double take on the Stretch card initially; I figured it was one of those cheesy "Cards Your Mom Threw Out" issues or whatever. 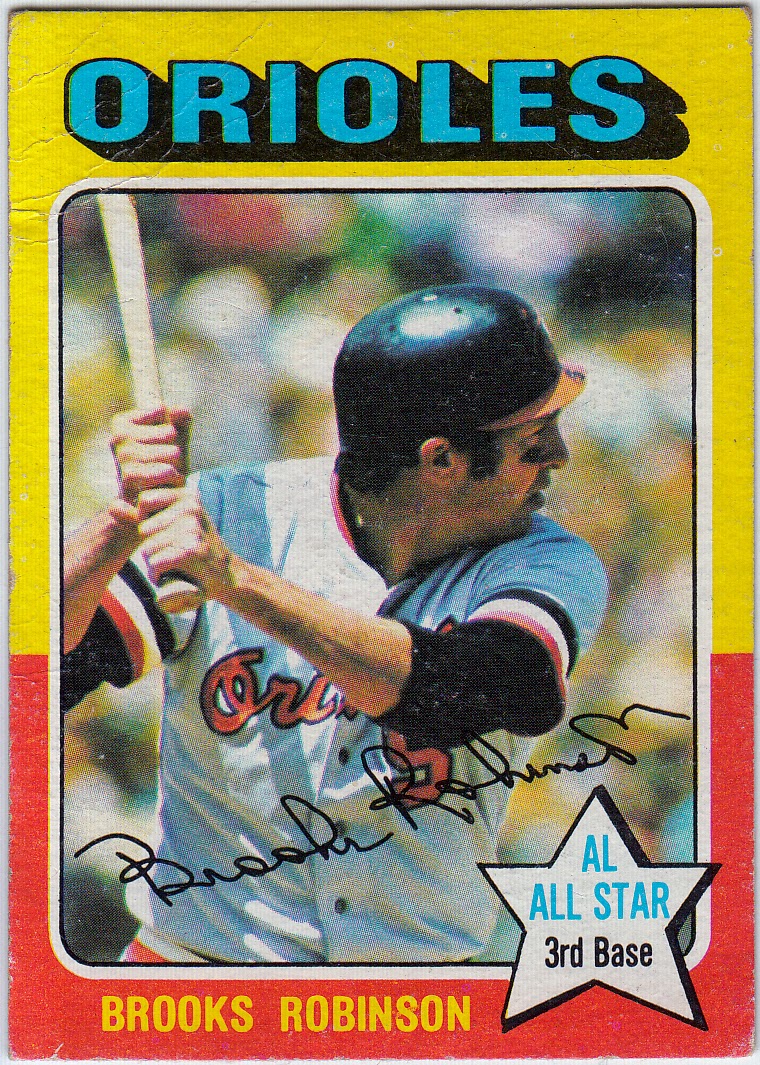 And this Brooks Robinson is one of those cards I've always wanted since I was a kid.  I think I saw a picture of it in a price guide somewhere along the way when I was growing up, and it kinda just stuck with me.  Yes, this copy isn't in pristine shape (the top left corner is pretty wrinkled), but it was totally worth the 2 bucks I spent just to finally own it.

Let's finish up by going back to the future now... 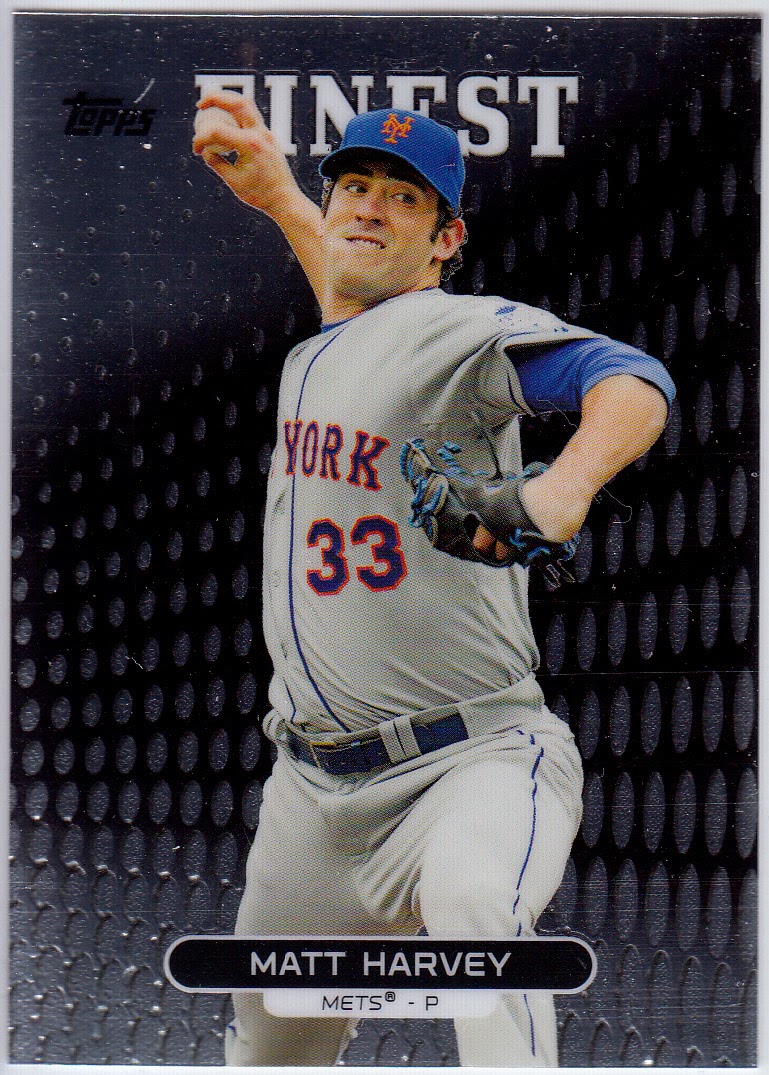 As opposed to the past few years, I actually like the 2013 Topps Finest base card design.  I found a few players I wanted to grab for just a dime each, including Mr. Harvey.  Unfortunately for Finest and Chrome, the dang things curl up as soon as they come out of their packs, essentially.  The few that I picked up weren't so bad, but they need to get into some sort of page or sleeve ASAP! 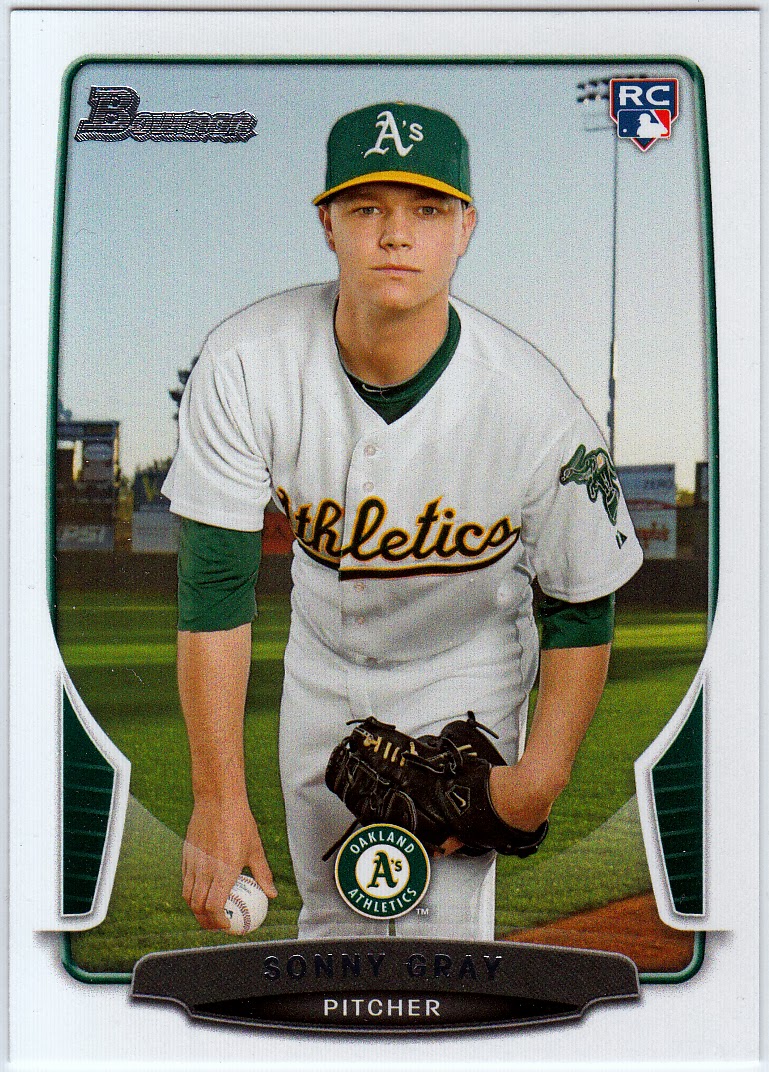 I still get excited for rookie cards like more collectors.  And Bowman seems to have a lot of them, of course. So, for just a dime, I was able to snag a few rookie cards of players I don't collect...yet.  Such as Anthony Rendon, Christian Yelich and Sonny Gray.  If they become stars, cool.  If not, who cares?

All in all, not the greatest show I've been to, but a very worthwhile one.  I was most pleased with the haul of mini cards, especially since you can't find them for a dime on any of the normal online sites -- at least the ones I frequent.

Well, thanks for checking in!  I guess I oughta get crackin' on some snow removal...