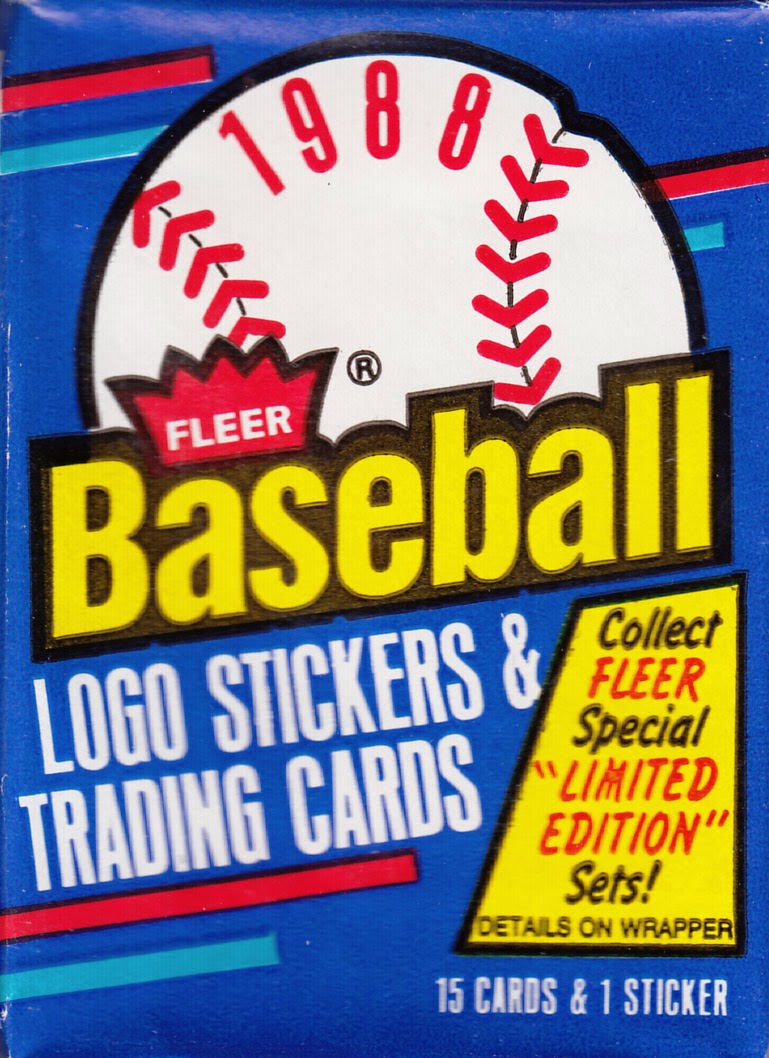 I've been in a 2014 Heritage cocoon for over a week now, and I guess I should come out and take a breath, no?

Bringing me back to earth is this pack of 1988 Fleer that came in one of those repack boxes that my local hobby shop sells.  Every once in a while they'll throw a junk wax pack in there because, well, how else are you gonna get rid of them?

Anyhow, it's still fun to open a pack of cards, no matter the brand or the year.  So let's check it out! 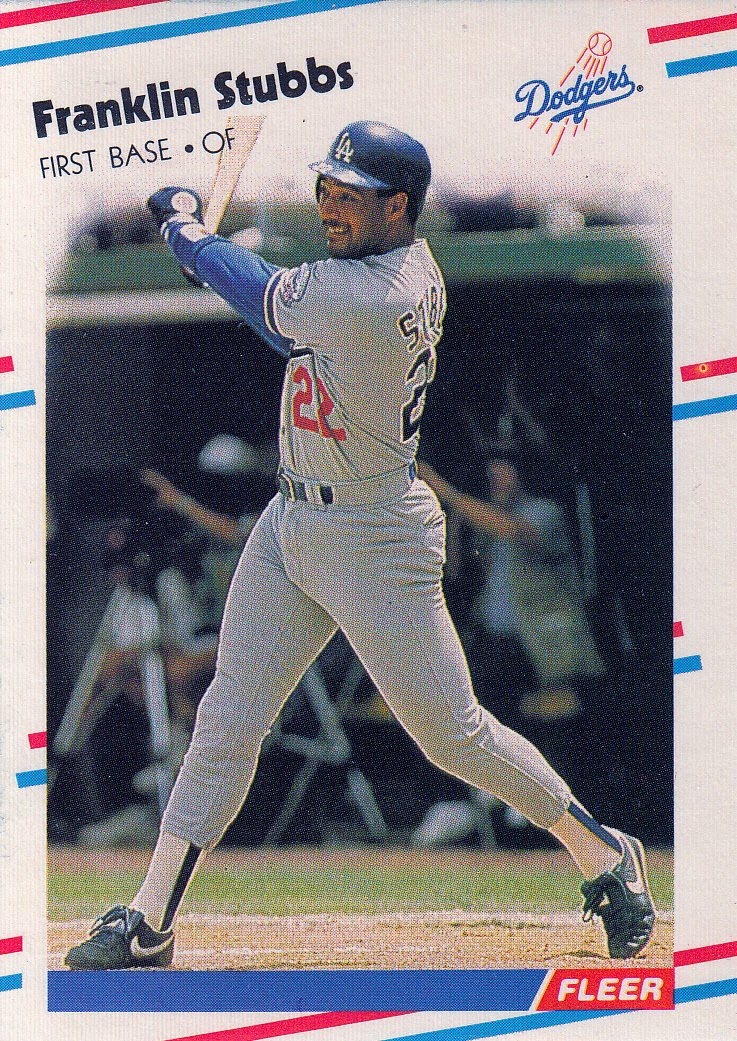 The first card out of the pack.  Fitting on this day, I suppose, as the Dodgers are fresh off a two-game sweep of the Snakes this weekend in Australia.

In case you forgot, '88 Fleer isn't for the faint of heart.  It's got a weird patriotic candystriper thing going on for it.  I don't necessarily hate it, but it doesn't stand up well to the test of time. 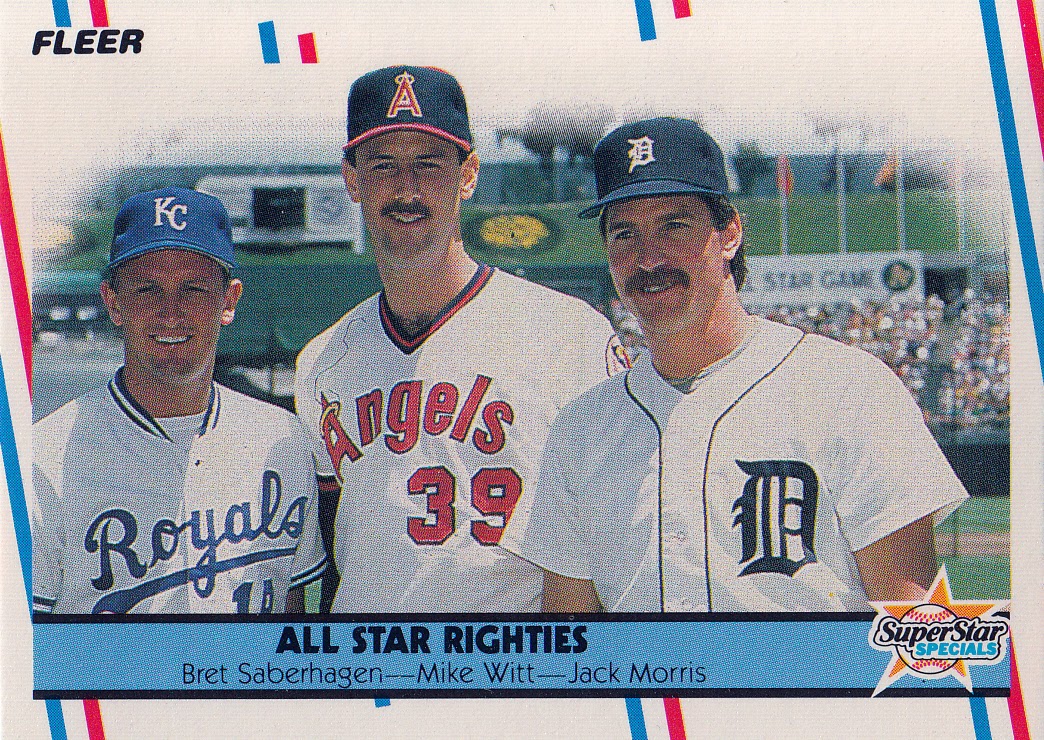 I really like the names on this card.  But, good Lord, who was in charge of centering the photo?!  Sheesh. 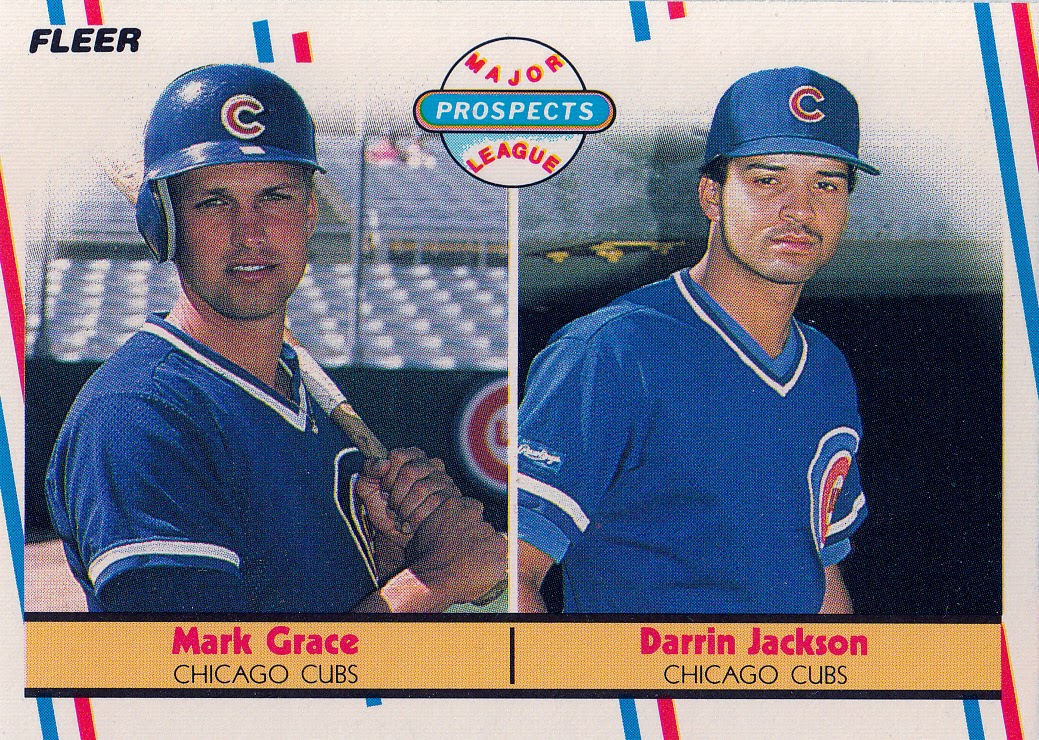 Card of the pack?  At the risk of spoiling it: Yes!  The man who had the most hits and most doubles of any player during the decade of the '90s.  Grace also had a stand-alone card in the '88 Update set.  But, this is his 'true' Fleer rookie. 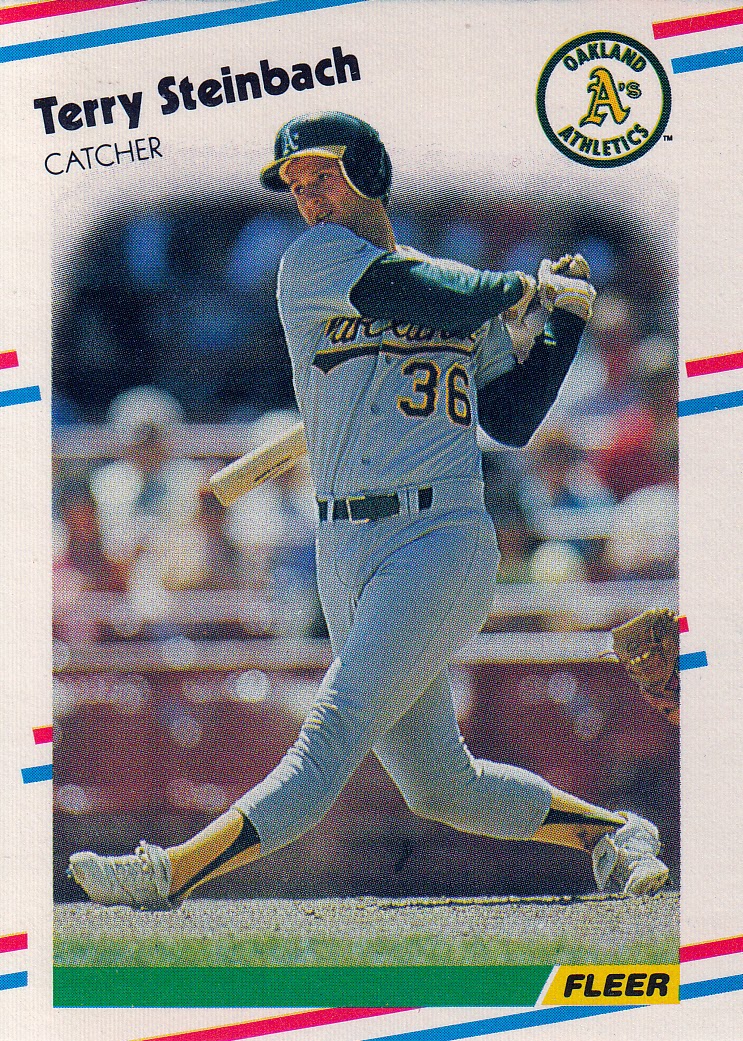 This is a pretty neat photo of the longtime Oakland catcher.  There are way too many colors -- most of which are clashing with one another -- but this card is A-OK in my book. 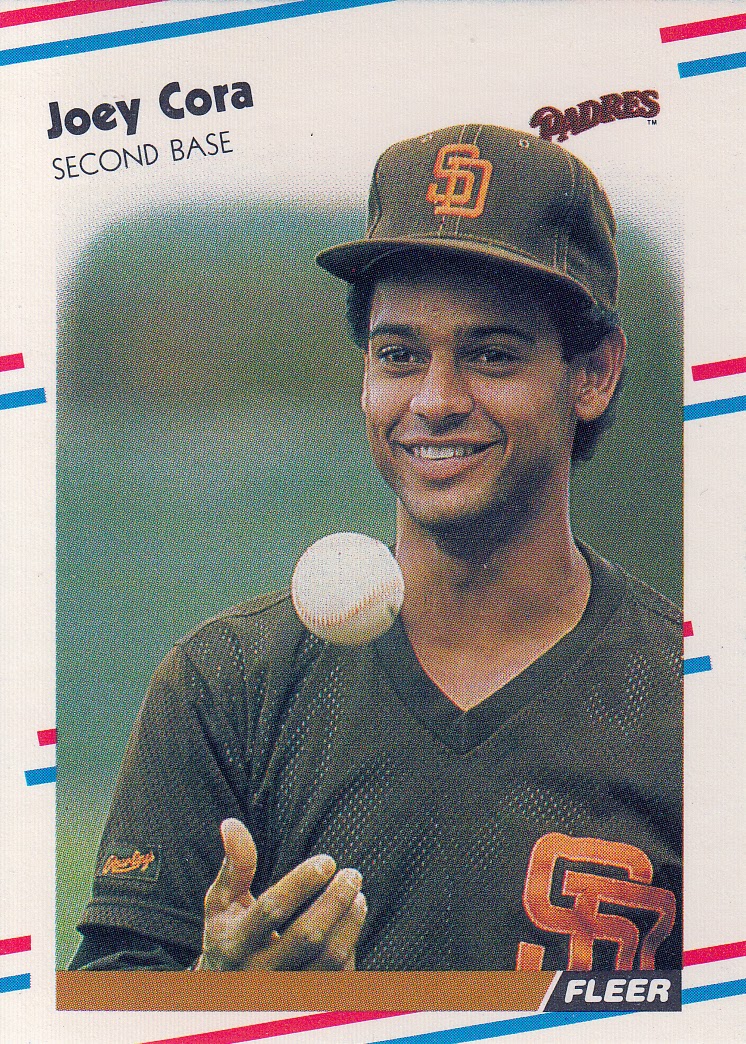 The baby-faced Cora amusing himself with a baseball.  I'm guessing this is his rookie, which undoubteldy means something to someone, somewhere.  Whatever, I think it's a pretty cool card of the 11-year big leaguer. 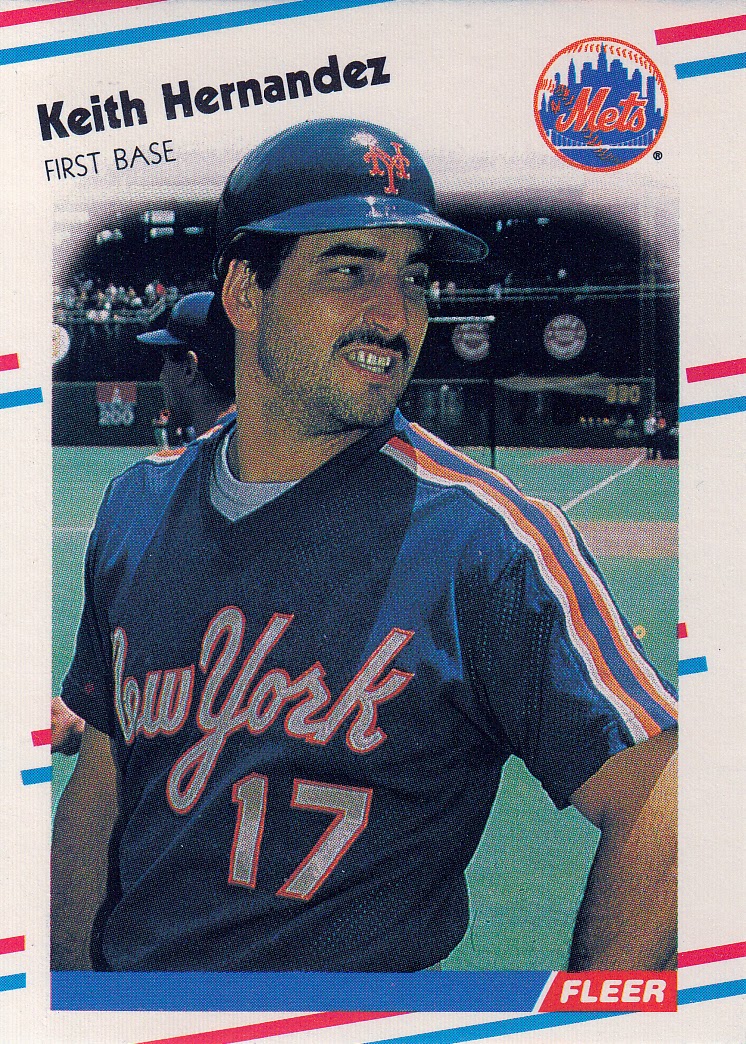 We finish the pack with Jerry Seinfeld's buddy, Mr. Keith Hernandez.  And this is a Keith card I didn't already own, so that's a bonus for moi.

[Ed. Note: I'll spare you the sticker card.  It wasn't memorable and, further, it has all sorts of stains and printing blemishes on it.]

All in all, I'm thinking this was/is a pretty good pack of '88 Fleer.  Then again, I think it might be the first-ever pack of the stuff I ever opened, so I can't genuinely nor accurately gauge that assumption.  But, I got a Mark Grace rookie and a Keith Hernandez card, so that qualifies as 'good' in my book!

Now then, back to my Heritage haze...