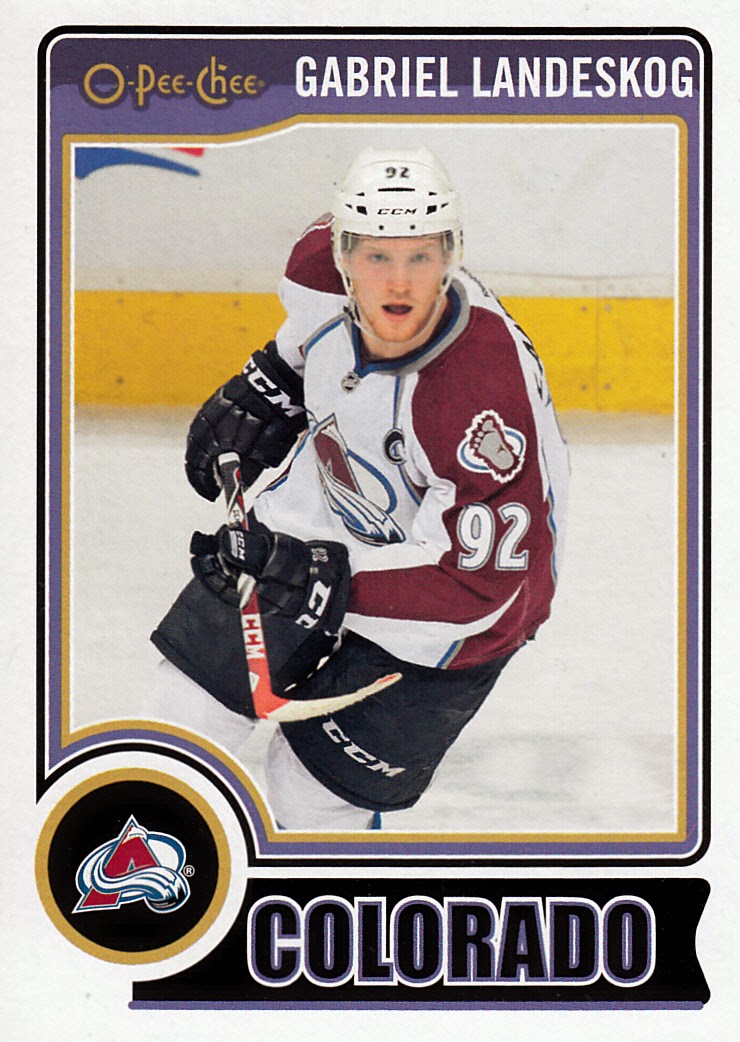 The hockey season is underway. And an appropriate way to celebrate that occasion is to explore a recent PWE from our friend north of the border, Douglas of Buckstore Cards.

Now, I've made it known I'm a New York Rangers fan through-and-through, and I'm excited to watch their defense of last year's Eastern Conference title.  However, Douglas has been sending me Gabriel-centric cards since the birth of my little guy and, as a result, I've adopted Avs captain Gabriel Landeskog as my new favorite non-Ranger.  I even made it a priority to draft him onto my fantasy hockey squad this year. [Ed. Note: Yes, you read that right. Fantasy. Hockey.]

Above, you see the young Swede's base card from this year's OPC set.  I gotta say, I really love the OPC hockey cards.  I'm by no means a hockey collector to any great extent, but I can definitely appreciate these.  A nice, clean look with a photo that is neither too small nor oversized.

Hell, I wish Upper Deck still had an MLB license if for no other reason than to make another O-Pee-Chee baseball set. 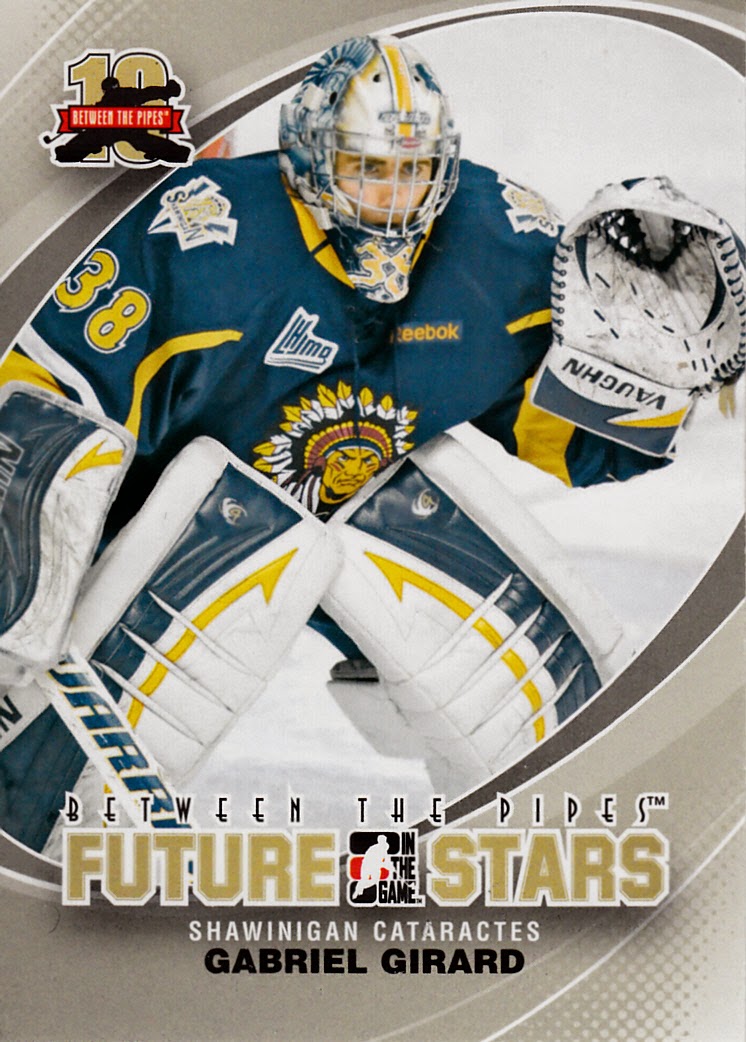 Ah, my first Gabriel goalie card.  I'm lovin' the jersey.  If I ever purchase a jersey from a Quebec Major Junior league team, it would absolutely be a Shawinigan Cataractes jersey.  In case you're interested (and I know you are), Girard played in France the past two years and presently plays for a club in a low-level Quebec league.  Go Gabriel! 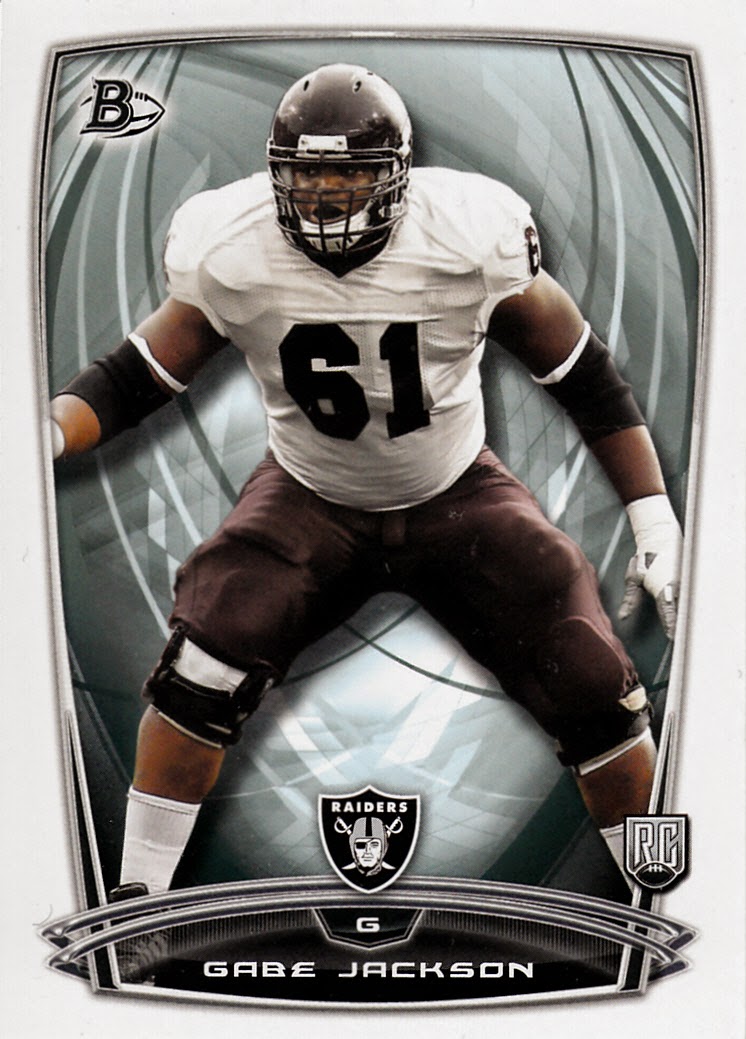 And here is by far the strangest hockey card I've ever seen.

Okay, you got me.  Anyhow, Jackson was drafted in the 3rd round by the Raiders this past spring and, from what I can tell, he's Oakland's starting left guard.

Thanks for the trio of Gabes, Douglas!  And, I see you landed some 2014 Stadium Club cards already.  Totally jealous!  Check out Douglas's blog and check 'em out if you haven't already!