Things have been somewhat slow around the Clubhouse of late.  I haven't made it to any card shows over the past month-plus and I can't even recall the last time I purchased a pack (or repack) of cards.

I intended to pick up a pack or two of Stadium Club when it came out last Wednesday only to be informed by my LCS owner that single packs were not for sale.  And I ain't about to sink over 100 bucks into a hobby box of the stuff, as badly as I want to rip into the third-generation rebirth of TSC.  For the time being, I'll keep scanning eBay for a reasonably priced sampler lot or maybe a Mets team set.

Regardless of my recent cardboard slump, I thankfully keep lucking into PWEs from my inner circle of blogging pals.  It's nice to be thought of, ya know?

This time around, my oldest trade partner came through with a nifty envelope of cards, as mail came my way last week from Marcus of Backstop Cards!

The highlight of the group is the above orange refractor of Zack Wheeler from this year's Topps Chrome.  I've meant to buy a rack pack of Chrome, but every time I get close enough to breath on one, I think about spending that 10 bucks and how I might use it more responsibly elsewhere.  Bummer. 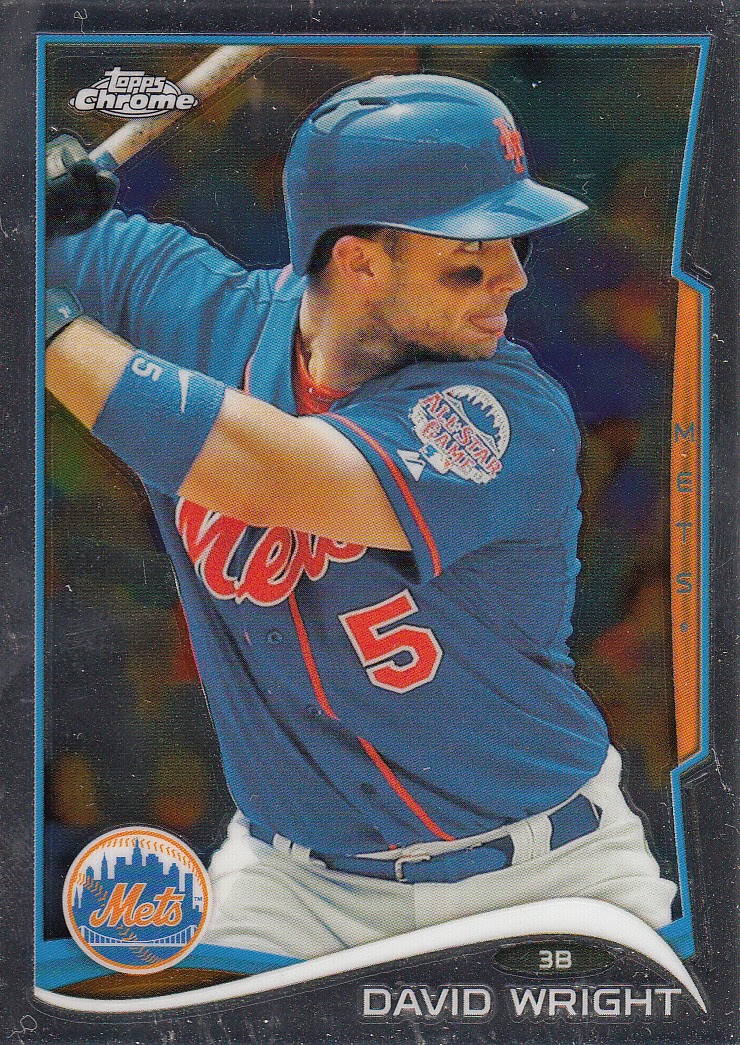 More Chrome, but this time a base card of the Mets' captain.  I recently found out via Zistle that there is a super-duper rare photo variation version of Wright's base card from this set.  I've only seen one on eBay and, of course, it's ridiculously priced.  But, it's probably No. 1 (or pretty darn close to it) on my most-wanted list. 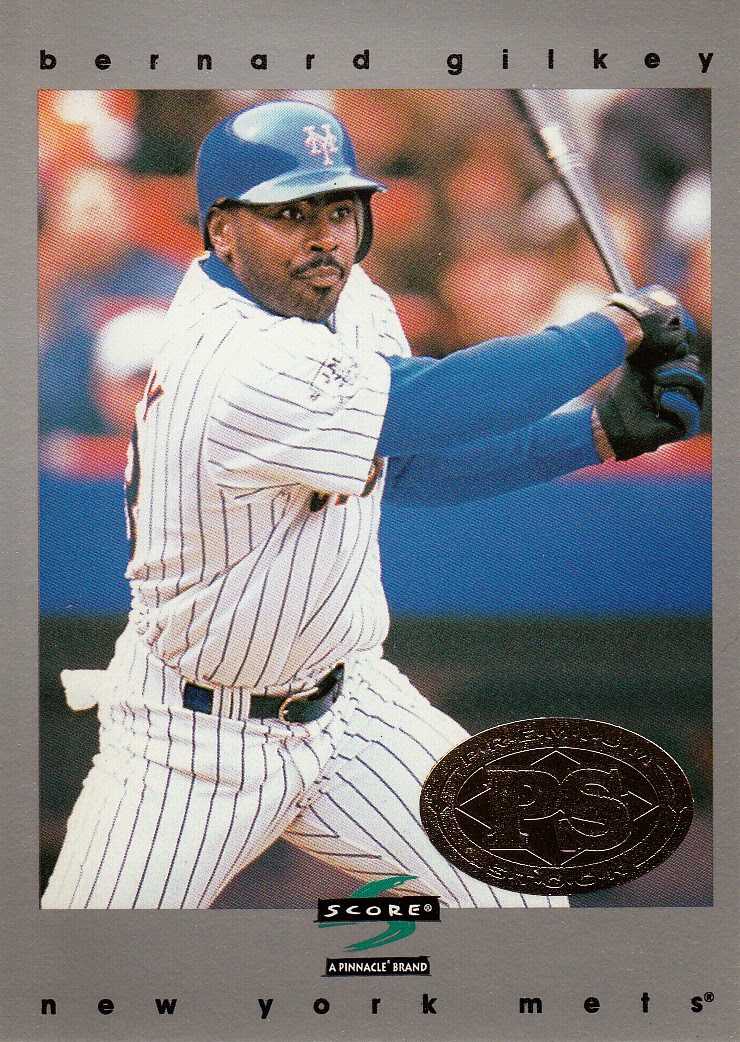 Enough of this new and shiny stuff, let's talk about some 'vintage' late-'90s goodness, like this Premium Stock parallel of Bernard Gilkey from 1997 Score.  You might be tempted to think that the highlight of Gilkey's short time in New York was his heralded cameo in the '97 summer blockbuster Men in Black.  Yet, Gilkey had one of the finest single seasons in Mets history in 1996, posting a slash line of .317/.393/.562 to go along with 30 homers and 117 RBIs. 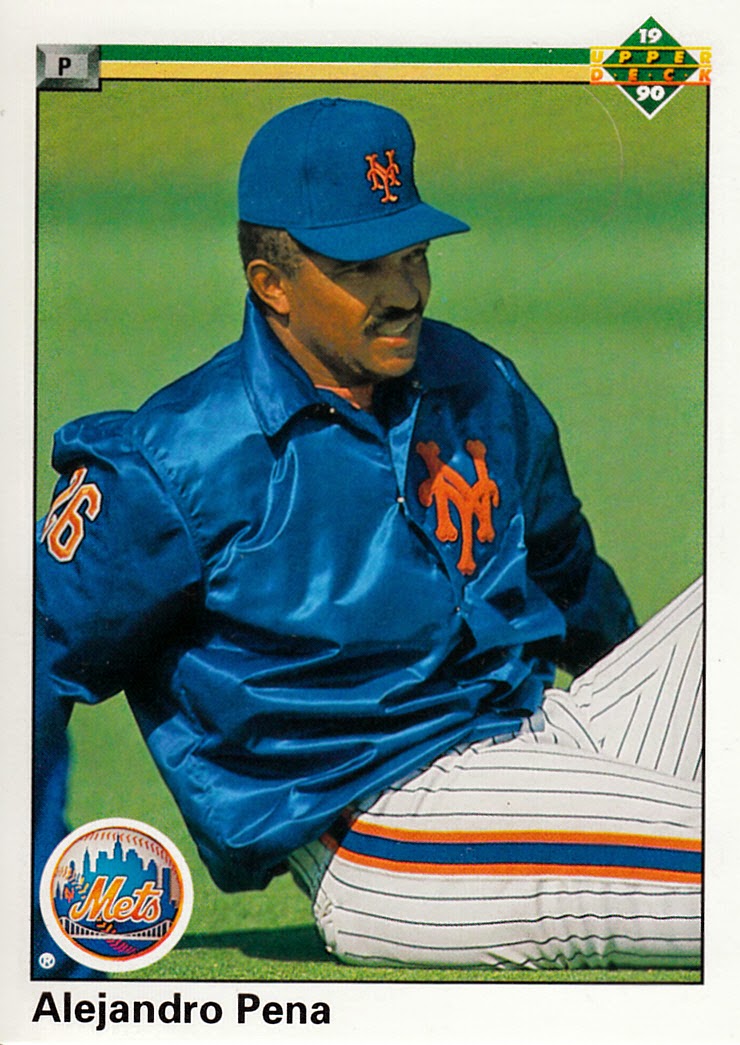 Man, I sure have changed a lot as a collector over a short span of time.  If you would have told me three or four years ago that I would have placed a 1990 Upper Deck base card of Alejandro Pena on any sort of 'want list', I'd have called your bluff.  Yet, this very card was on my Zistle want list.  And, now it's not!

The backside of this card is as enjoyable as the front, if not more so. 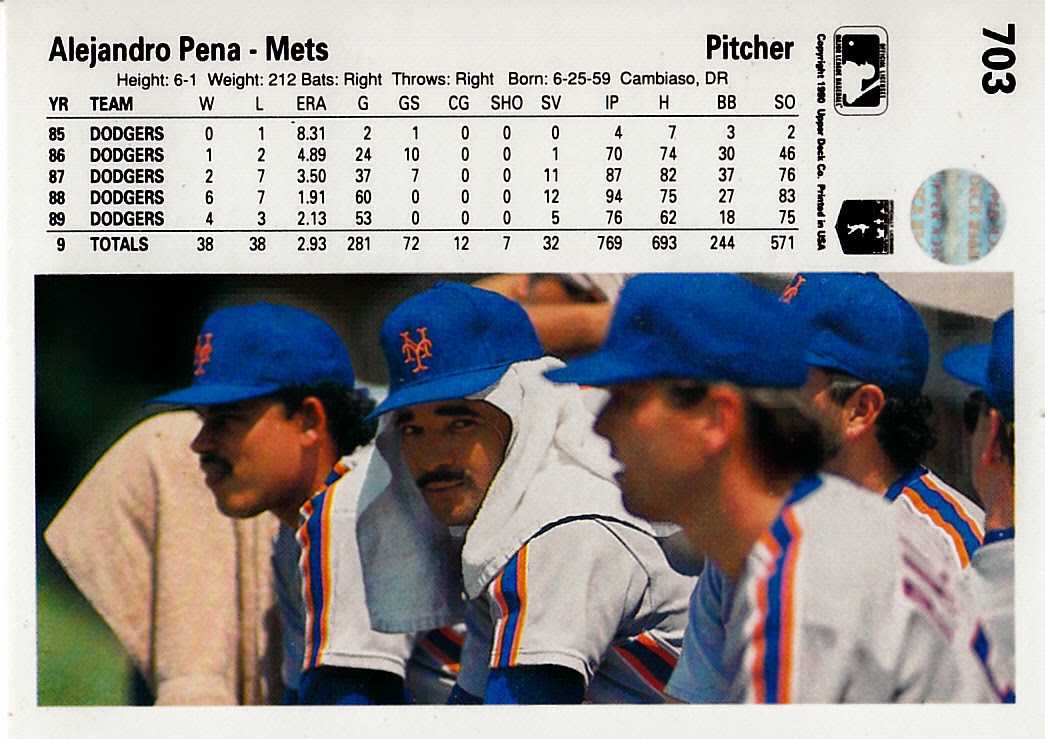 And there you have it: a nice and neat little offering of cards from my good buddy down in Texas.  I'll be sure to procure some new Gwynns for your collection the next time I make it to a show, Marcus.  Who knows, maybe it'll even be his card from the new Stadium Club.  I think he's probably the lone Padre to be represented in the checklist.